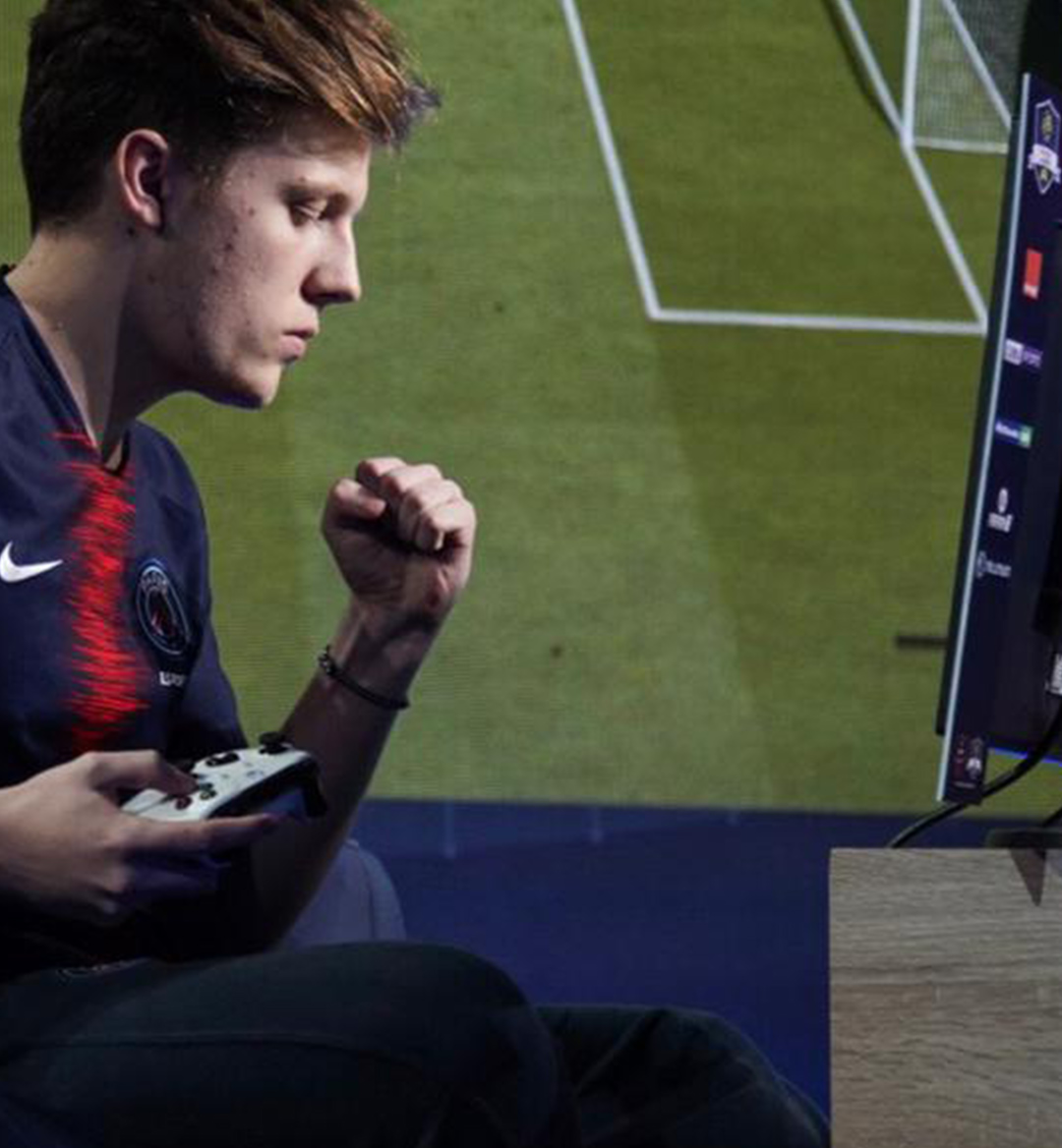 Esports is an international phenomenon. The League of Legends World Championship finals in South Korea attracted 100 million viewers online in November, roughly as many viewers as the Super Bowl. Brands like the Paris Saint-Germain Football Club, Mastercard, Nike and Miller Lite have their own branded esports team or have lent sponsorships to esports leagues and teams. But is it making any of them money?

Days before PSG’s team competed in the world championship tournament for futuristic car soccer game Rocket League at the Prudential Center in New Jersey, Jaada spoke with ONE37pm about what it takes to put an esports team together, what the financial burdens and how merchandising is the true future of esports.

Jaada has been with PSG’s esports division since its inception in 2016, when the club entered into the esports arena with FIFA. He helps the club both choose which games to enter and manage operations. PSG currently has teams in six games and treats their controller combatants like actual athletes by “taking the experience of traditional sports and bringing it to esports,” Jaada said.

A typical day for the [Rocket League] team when they have to train for a tournament is they will stay together for five days or maybe a week, and train for 10 hours a day.

Its teams in FIFA and Dota 2 get “mental coaches” to help them get into the right headspace to compete at a high level, and the club is considering investing in fitness coaches too. Teams have dedicated managers, practice spaces and schedules. “A typical day for the [Rocket League] team when they have to train for a tournament is they will stay together for five days or maybe a week, and train for 10 hours a day.”

For PSG, this is an investment in the future that the club is more than willing to pay. PSG treats gamers like superstars because that may be what they actually are to some in today’s generation—people spent 560 billion minutes watching other people play video games on popular gaming streaming service Twitch in 2018.

The #FIFA19 Global Series campaign has been ?? so far. Next stop: the @Xbox Playoffs in Hamburg ?? on July 5-7. #FIFAeWorldCup pic.twitter.com/O70kLqrEus

“To the kids right now, the superstars are not soccer players or basketball players anymore. I think it’s more about streamers and professional gamers,” Jaada said.

Fielding a team gets expensive with fees and salaries

But sometimes, the investment stops making financial sense. In June 2017, Riot Games—developer and publisher of immensely popular League of Legends—announced that existing franchises, like PSG, had to pay a standard $10 million fee to be part of its North American League of Legends Championship Series. A month before that information became public, PSG announced it was suspending participation in the 2018 season, citing uncertainty in Riot Games’s economic balance, specifically citing its revenue sharing model. Under that model, players received 35% of all revenue, more than teams and Riot Games each received. As of 2018, the average League of Legends player reportedly made more than $320,000 a year, which PSG described as a “strong inflation” and unjustified, in its withdrawal announcement.

Because of these players’ salaries, Jaada said, a team had to have at least $2 million to even be able to field a team to compete. That’s after paying the $10 million franchise fee. “The amount of money we were spending on League of Legends was not making sense for us. We had to pay for a spot, then the salaries were pretty high; getting the best player was really expensive.”

A week before PSG left League of Legends, it announced it was launching a team in Rocket League; a logical transition given the club’s soccer history. In contrast, PSG only pays between $3,000 to $7,000 per month per player on salaries for its three-man team. That’s a fraction of what PSG would be paying to field a League of Legends team. Some players have single-year contracts while others have multiyear. But even on the high-end of Rocket League salaries, PSG would only be paying, at most, a little more than $250,000 a year to field its three-man team, less than what it would cost to get a single League of Legends player.

Another major part of the reason PSG entered Rocket League was because of the game holding competitions in Asia, a region the soccer club has made concerted efforts to grow visibility in with promotional partnerships and its soccer matches being broadcast on China Central Television network.

Merchandising is the future of esports

While Jaada admits he doesn’t see esports as a current money-making investment, he does value it as a marketing tool to help a brand reach a bigger audience and sell products the teams can monetize. To him, brands like PSG will start making money from esports once they start selling digital merchandising through esports. “If somebody is a fan of an organization and they have the opportunity to buy, let’s say, a skin or a car or anything related to a brand, then you can make money out of it,” Jaada said.

Jaada’s vision of esports’ future has begun to reach the present. Back in April, Rocket League developer Psyonix introduced an esports shop pilot program, offering people the chance to purchase in-game cosmetic changes to cars, player banners and wheels branded by teams. The only way to purchase these is to pay money to get enough tokens. From the sales of those premium items, teams would receive 30% of the revenue. PSG was not part of the 11 teams announced as participating in the pilot program and does not currently sell branded items on Rocket League. But Jaada attests the club is “working on this and hopefully it will be something we can provide our fans.”

PSG is also working on a few projects and games to enter in the future.

“The game everyone is asking me about is Fortnite and if we’re going to get into Fortnite one day. The answer is yes, but I don’t know when.”