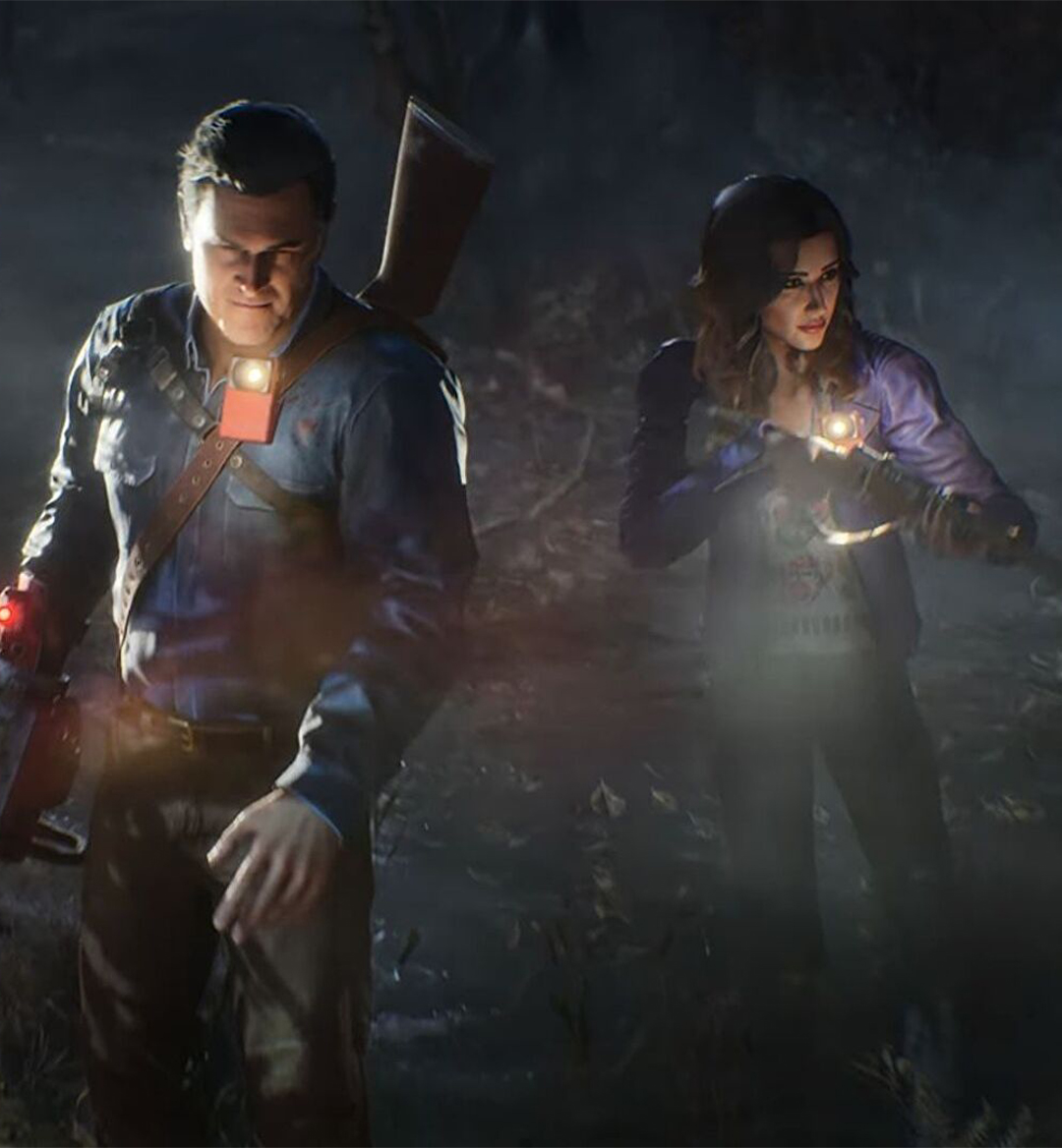 I gotta admit - the term "perfect marriage" applies so well to the combination of horror and asymmetrical multiplayer games. For the uninitiated, four players take on the role of survivors tasked with completing a series of missions while a solo fifth player goes out of their way to disrupt them through terrifying means. The current kings of the genre are Dead by Daylight, Friday The 13th: The Game, and Identity V. And after bashing in the brains of Deadites with a spiked baseball bat and scaring the pants off of Ash Williams & his crew for several hours, I think a new title should be added to that list. And I'm quite sure you'll be convinced of that sentiment once you read through the entirety of my Evil Dead: The Game review.

Developer Saber Interactive deserves a round of applause for its dedication to embracing the spirit of Evil Dead within this game. As soon as you hop into the game's main menu, you'll be treated to a creepy little tune that'd go hand in hand with a tension-building scene from the original films. Listening to Bruce Campbell reprise his most famous on-screen role through his digital likeness and voice acting chops lends that air of credibility Evil Dead fans will be on the lookout for while playing this horror romp. The rest of the game's visual and audio presentation is commednable as well - the spooky hanuts you'll be forced to explore are expectedaly dark & gloomy, plus the sounds of terrified screams from your fellow survivors sets the tone for each match in the best way possible. Everything looks and sounds appropriate for a game steeped in the spine tingling hinjinks Evil Dead basks in. 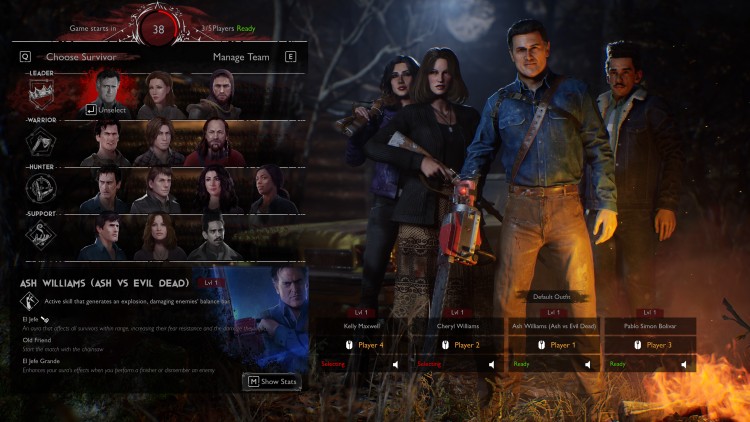 Once it's time to hop into a team of Survivors or wreak havoc as the Demon, the true fun begins. As one of those four human saviors, you'll step into one of four roles - Leader, Warrior, Hunter, or Support. Each character class comes with its own active skill, upgradeable abilities, and stats that provide good team synergy when aligned with three other members from different classes.

The Survivors side of each match is tasked with completing a series of objectives while also keeping an eye out for varied melee/ranged weapons, consumables, and level-up items that help them boost their stats mid-match. Handling those objectives is a fun endeavor - discovering each lost page, fending off hordes of Deadites while backing up your teammates, hopping into a car with them to cover more ground, and getting your hands on rare & powerful weaponry plays into that high fun factor. The ripping and tearing that comes with landing gruesome melee finishers plays well into the game's weighty combat, which feels great in practice.

My only issue with the human Survivors is their inability to pull off a simple jump. The fact that you can vault over gates but are completely incapable of hopping over something much smaller that's blocking your path is silly. I got highly annoyed at having to run around to an open gate by a graveyard even though it would have been so much easier for me to leap over a side barrier overlooking that same locale. 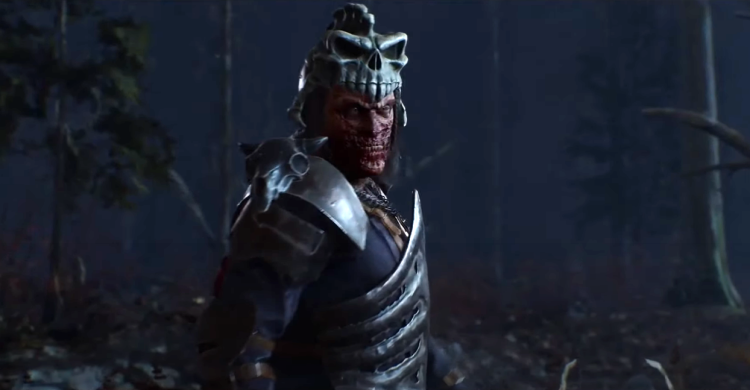 Saving the world from demonic doom is fun and all, but I derived the most enjoyment from impeding their mission as the invisible demon. During each match, you're tasked with gathering the energy needed to plant Deaditie portals, possess human players, take the form of a demonic tree to spook them even more, etc. The perverse pleasure that comes from summoning the boss demon and taking down an entire survivor team with your army of Deadites at the ready is so gratifying. The three Demon classes in tow include the Warlord, the Puppeteer, and the Necromancer (the second class' use of hairless critters than use lightning-based attacks happens to be my favorite one). But I must admit - the same gripe I have with the Survivor's non-usage of a jump button could be compared to the Demon's lacking maneuverability. I remain highly confused and annoyed by the fact that my powerful Demon can smash through fences, but gets stuck on simpler environmental items and is unable to float over certain obstacles. 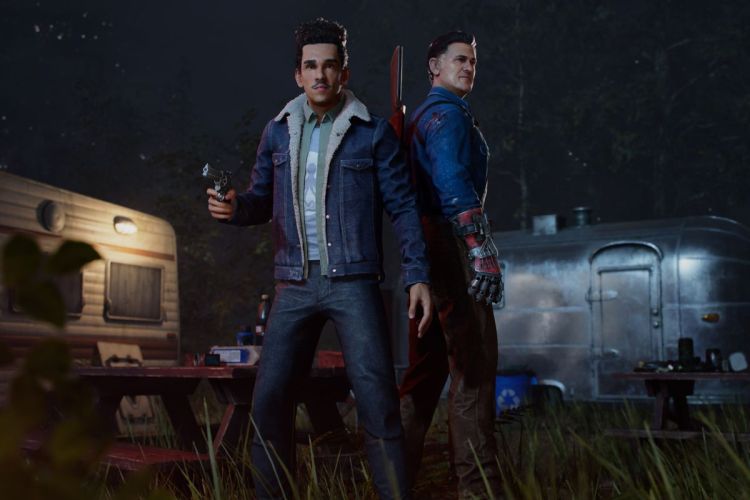 Another complaint I have to lobby at Evil Dead: The Game is its single-player missions. While they present fun scenarios that play into the themes of the films and TV series, good luck ever trying to complete them. The factors that are thrown into each mission are damn near impossible to overcome. You play by your lonesome and are pushed to complete various objectives while also being bombarded by Deadites. And to make matters even worse, you'll have to start at the very beginning of the missions you're playing upon death since there are no checkpoints. I really wanted to enjoy the game's solo missions and unlock the cool cosmetic items that come from completing them. However, they're just too hard to overcome at the moment - the simple addition of a checkpoint system would easily remedy this current issue.

Evil Dead: The Game is still a rollicking good time for avid fans of the source material and dedicated players of asymmetrical horror games. The scary vibes are always intact as you play on either the Survivor or Demon side and the fun that comes from utilizing both sides' signature abilities never grows tiresome. I certainly have my issues with how the characters can't seem to leap over certain objects, plus the single-player missions are insanely tough for no good reason. 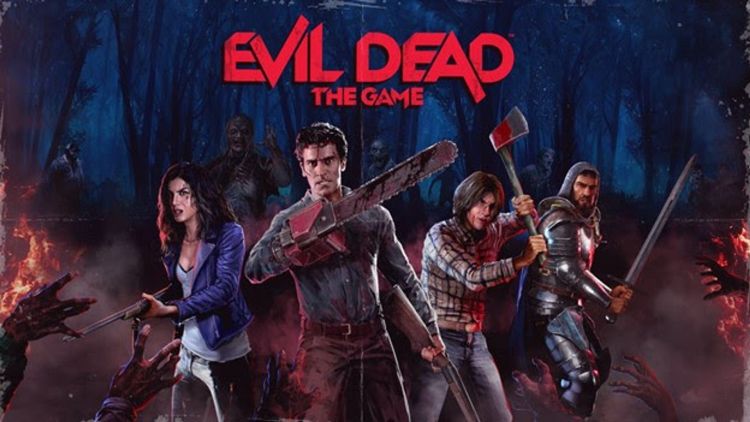 But overall, I had a great time with this multiplayer-focused horror experience. If there's one thing to take away from this Evil Dead: The Game review, it's that you and your friends will have a new multiplayer addiction to enjoy even more come Halloween night.