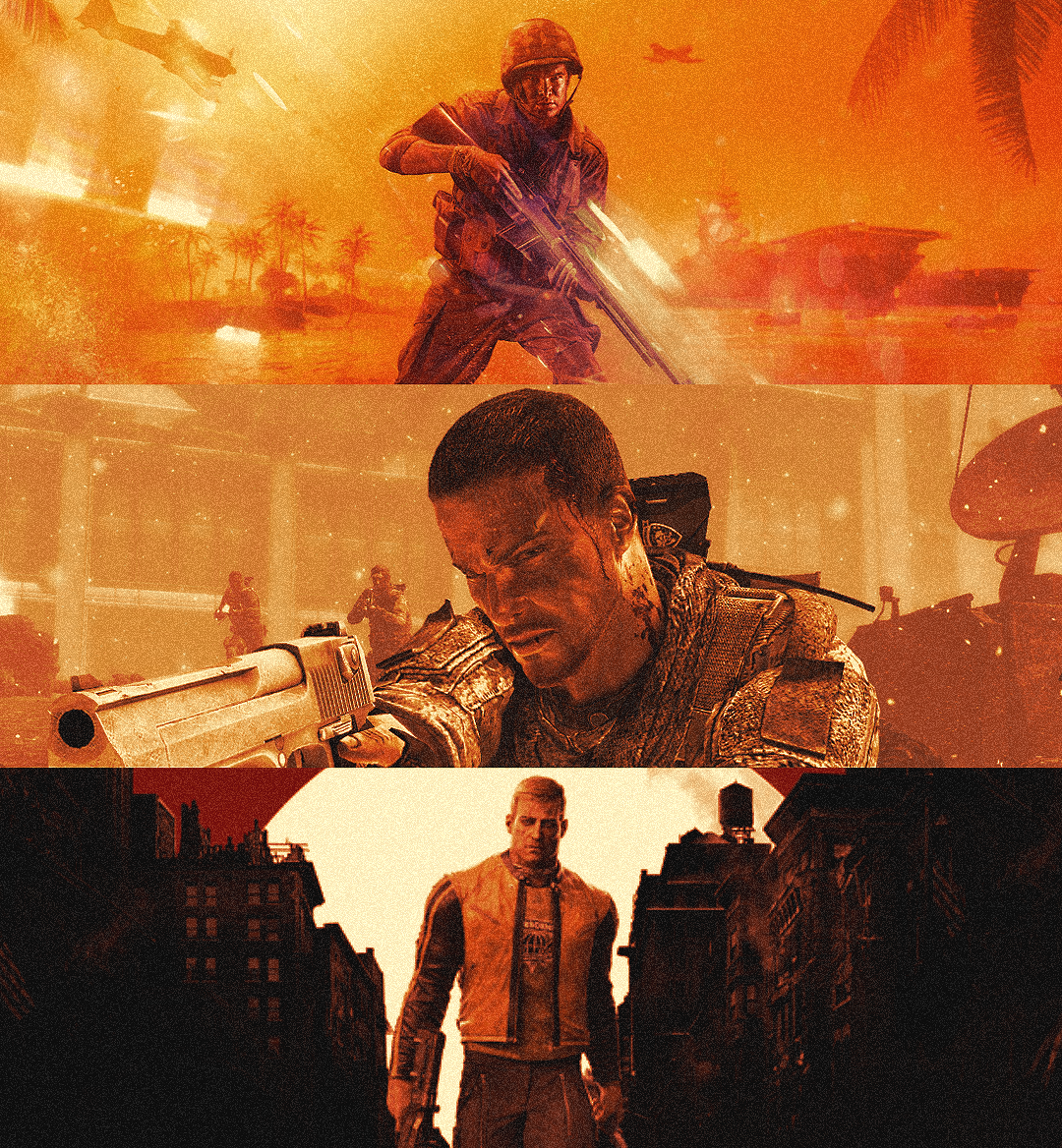 Fans will always be split when it comes to Call of Duty, but overall, the franchise isn’t in a bad place at all right now. Warzone continues to be very popular and fans are heavily anticipating its sequel, plus the release of Modern Warfare II in October. Perhaps you love Call of Duty and first-person shooters in general but want a break from Warzone and Vanguard. If so, there are a bunch of other great games that can scratch the same itch as COD does. We’ve made a list of them below. Here are the 32 best games like Call of Duty. 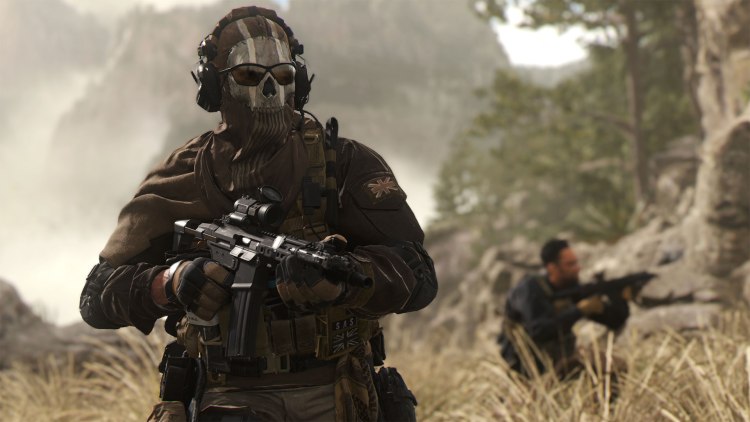 If what you love the most about Call of Duty is its Warzone battle royale mode and all of the smaller modes within it, then Apex Legends is a must-try. It’s a battle royale hero shooter that’s been a favorite of fans and streamers for years now.

ARMA, though lesser known than many games on this list and certainly the COD franchise, is a great series of games made by Czech developer Bohemia Interactive. It features large-scale, realistic shootouts that’ll give you nostalgia about the good old FPS days.

Battlefield has been seen as a direct competitor to Call of Duty for years now, but once you get past the battle that fans have online, there are great things to take from both games. The most recent game in the series is last year’s Battlefield 2042.

Developed by Criterion Games and published by EA, Black was released in 2006 for the PS2 and Xbox, although now it’s also available on the Xbox 360 Games Store. You play as Jack, a black ops agent who’s previously confronted a terrorist organization. This game, with its destructive environment and cinematic gameplay, was ahead of its time.

The similarities in Borderlands and Call of Duty lie mostly in the fact that first-person shooters, but there are elements of other genres like RPGs here too. While Call of Duty mostly remains serious (outside of some funky skins), Borderlands has a unique sense of humor and doesn’t take itself too seriously. If that sounds like something you’re into, give it a try.

This game, better known as CS:GO, was released 10 years ago but is still incredibly relevant in the multiplayer FPS genre. This is largely because of its developer Valve continuously bringing major updates to the game that its community appreciates. There are a variety of modes here, including bomb diffusion and battle royale.

In the Crysis games, you play as a military soldier with a nanosuit that gives you a boost in every stat. The original trilogy games, which were released in 2007, 2011, and 2013 were recently remastered and put in a pack for old fans to gush over and new fans to experience for the first time.

Day of Infamy, as its name would suggest, is set during the second World War, the European theatre to be exact. This game features elements that remind Call of Duty’s hardcore players of that mode, namely no HUD. There’s not even a crosshair. If you’ve played Insurgency, which appears later on this list, this game borrows from that a lot.

There are only two Destiny games, but in total, there have been a total of 10 expansions across both games, to keep them feeling fresh with players. It’s a shooter in a world inspired by mythic science fiction.

Formerly known as Extraction, Dirty Bomb is set in a world where in 2020, an atomic explosion happens, causing toxic gas to spread on the streets of London. In every game, you play as either the CDA or Jackal and try to defeat the enemy in either its Objective or Stopwatch game modes.

Growing up with the classic DOOM games has the same nostalgia with it that growing up with Modern Warfare and its sequel does for many. DOOM walked so COD could run but now the influence has come back around so that the scrapped DOOM 4 was inspired by COD.

Released a year ago, Escape From Tarkov is referred to by its developers as hardcore and realistic. There are consequences to getting raided like losing all your loot as you would in a survival game, but this is a first-person shooter through and through.

Released last year, Infinite was the first mainline entry in the Halo series since 2015. It gives the series a needed refresh and for many, cements the series as one of the greatest ever. The multiplayer portion of the game is completely free, so there’s no reason not to try it.

If you like the sound of Infinite but want a better introduction to Halo before diving in with that, try out The Master Chief Collection. It includes the Combat Evolved Anniversary, Halo 2: Anniversary, Halo 3 (and ODST), Reach, and Halo 4, with each game seeing an upgrade in graphics too.

Hell Let Loose is a World War II shooter where matches are 50 vs. 50 across two different game modes. If what you like about Call of Duty games the most is communication with teammates to win a game, you’ll love this game. Voice channels can be unit-only or leadership plus proximity chat and text chat are options.

Developed by New World Interactive, this is a sequel to the 2014 game Insurgency. It sees battles between Security and Insurgents, which are loosely based on groups like NATO forces and the Taliban, respectively. There are multiple game modes, many of which are co-op.

Advanced Warfare set fans down the middle, but if some of the more futuristic aspects of the game were your favorite, then you might like Ironsight. The gameplay looks like a mix between the older COD games and Halo.

The Metro series, starting with 2033 in 2010 and most recently Exodus in 2019, is based on a set of novels of the same name. You don’t need to read them to appreciate the games at all, but if you end up liking the games, you will appreciate the extra content in the fictional world to consume.

Overwatch splits players into two teams of six and it’s a hero shooter, so you have to select your character from a large group of over 30, which all have various abilities that impact gameplay differently. The number of people that play this game has grown exponentially since its 2016 release.

The PAYDAY series is seeing its trilogy get completed soon, but for now, the first two games feature a bunch of great content for Call of Duty fans to appreciate. While the gameplay can be like COD, PAYDAY is made up of heists, which is a unique thing that you might like.

This was an early popular game in the battle royale surge that happened about five years ago now. PUBG is now a free-to-play game where you land, and grab guns and attachments for them with the aim of getting a chicken dinner. It’s a must-try for Warzone fans.

Often referred to as PS, this is another WWII shooter with multiple factions to be a part of. Historical accuracy and true immersion are themes that developer Persicope Games valued here and that really comes through in the gameplay.

Resistance is a series of video games that are set in the 1950s, albeit an alternate version of them. An alien species has invaded earth, captured humans, and turned them into monsters fighting for them. You take the role of one of the last surviving humans, using both familiar and futuristic weapons to defeat the enemy.

Titanfall sees players controlling heavy machinery in the form of Titans, taking them to battle against other Titans. You can of course shoot on your feet too, but this new aspect of the game might be enticing to COD players.

You play as Karl Fairburne, a German-American OSS operative in the second World War. It’s a common setting for games, but not something Call of Duty fans should mind if done well. It goes without being said that if you like sniping in COD, this is a must-try series.

The Line is the game that rebooted the Spec Ops series, ten years after its previous entry. Released in 2012, this game has both a campaign and online modes that are a lot of fun to play, including chaos and mutiny, which are free-for-all and team deathmatch, respectively.

Splitgate is unique because it involves you wormhole portals in your map that you can travel through, giving combat a unique edge. If you don’t mind waiting a few more months, PS5 and Xbox Series X versions of this game will be available too.

Most of Squad takes place in Eastern Europe and the Middle East, inspired by real conflict there, but some of the game’s setting is fictional too. This game is an especially good pick for those that like tactical shooters as opposed to mindless shooting.

Released in 2007, the Team Fortress games are known to gamers today as being something that influenced Fortnite, especially with its art style. It’s still a great pick up though, with a very wide array of game modes.

Originally released in 2015, Rainbow Six Siege is a perfect game to play if what you like the most about Call of Duty are the tactical modes like Search and Destroy. You can run and gun here, but your teammates might hate you for it because strategy is the name of the game.

Valorant has a little more fun to offer than COD and doesn’t aim to be realistic, but it can be just as, if not more fun than playing Warzone or any of COD’s various multiplayer game modes. It’s a first-person hero shooter where tactics change from game to game and communication is imperative.

Last but not least is yet another World War II shooter. The early games are based on Nazis who are trying to gain supernatural powers while the later games focus on an alternate history where the Axis powers (Germany, Italy, Japan) actually won the war.

The 40 Best Beat 'Em Up Games of All Time