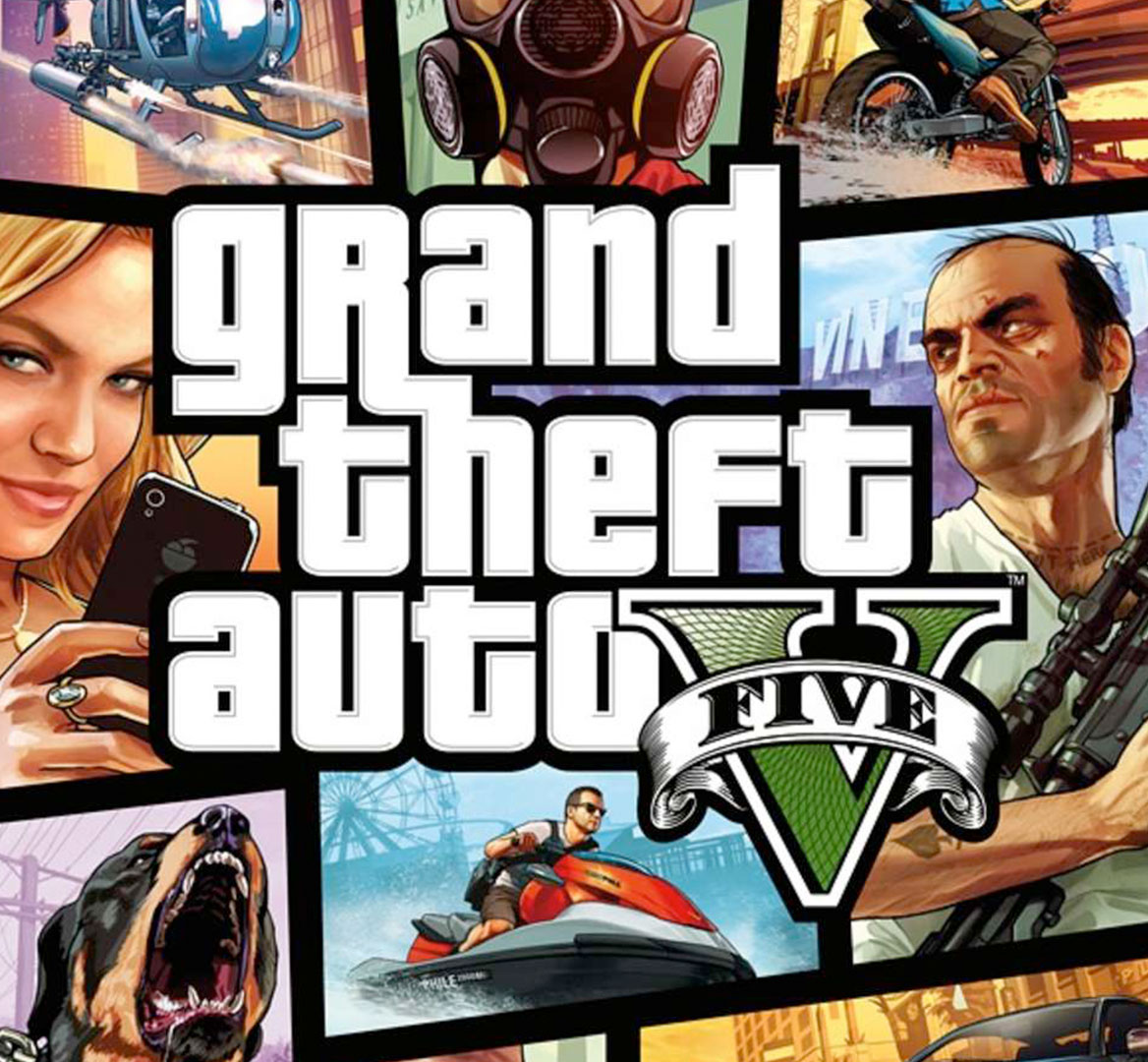 Where would gaming be without the monumental success and revolutionary gameplay of Grand Theft Auto III? Noted development studio DMA Design and world-renowned publisher Rockstar Games took the gaming industry by storm when they released their massive open-world action-adventure experience in 2001.

The buzz surrounding the game’s mature content matter, amazingly detailed rendition of New York City, ruthless gunplay and mind-blowing sense of freedom forced everyone to add a PlayStation 2 to their home console lineup. Since GTA III’s genre-defining impact took hold, Rockstar Games has released several outstanding sequels and spinoffs. Grand Theft Auto V has easily become a gaming phenomenon that is still updated to this very day and always finds itself on the charts for most copies sold for a video game. With over 100 million copies sold worldwide, GTA V has earned the moniker of one of the best selling video games of all time and one of the biggest earners in any entertainment medium.

Now it’s a safe bet that we’re not going to get a good look at the next game in the much-celebrated GTA franchise for a very long time. Sticking with GTA V’s massive online suite helps make the wait less tortuous, of course. But there’s also another way that GTA fans can get their open-world fix in the vein of their beloved series. The games listed below feature the same type of huge expansive areas that call upon you to complete missions important to the story or simply cause all sorts of havoc. Prepare to pour an ungodly amount of time into these 10 picks and enjoy the many fruits that fell from GTA III’s learning tree.

The Saints Row series originally started out as a carbon copy of GTA. The first two entries were all about gang warfare and the chaotic firefights that erupted because of it. Saints Row: The Third kept its gang turf war themes intact, but did an awesome job of setting itself apart from GTA’s more serious happenings by adopting a zanier sense of humor. This sequel allowed you to assault everyone with a purple dildo bat, crush everything in your wake with a pixelated retro tank, and pull off all sorts of incredible feats with the use of an “awesome button.” While Saints Row IV is fun in its own right, it turns you into an overpowered ruler of the free world who has no use for minor things such as cars and weak guns. Saints Row: The Third keeps things as grounded as it can in the gameplay department, while still doing a great job of making you laugh out loud at its outlandish antics.

What was once a new entry in Activision’s now-defunct True Crime franchise became its own original IP once Square Enix got its hands on it. When Sleeping Dogs finally launched in 2012, it realized its full potential as a worthy spiritual successor to the series it was once tied to. This title is best enjoyed in its most recent form as Sleeping Dogs: Definite Edition, which improves the game’s visuals and several other elements for current-gen systems. What makes this entry such an easy recommendation is its deep melee combat system, realistic portrayal of Hong Kong, excellent storyline and the fun juggling act that comes with being an undercover cop who becomes ingrained with a local Triad organization. Sleeping Dogs: Definitive Edition is an interactive B-movie experience that shouldn’t be missed.

The developers behind the first Watch Dogs clearly took a cue from Saints Row’s playbook when they decided to work on the sequel. Watch Dogs 2 distanced itself from the drab, dreary and depressing look and feel of the first game. And thankfully, it replaced it with a more rambunctious sense of freedom that gave it the personality the series sorely lacked the first time around. The central San Francisco Bay Area open world this game featured allowed for plenty of fun activities to get embroiled in. Hacking the environment and using it to trip up your enemies is always a blast, plus the game’s multiplayer modes provide even more fun diversions worth diving into. Watch Dogs 2 houses all the wild gunplay and slick driving you’ve seen in other open-world games. But it makes sure to do it with a cheerful demeanor that makes it way more approachable than its predecessor.

The first two Mafia games focused primarily on the criminal exploits of the Italian mob within the confines of a fictional take on New York City. Mafia III deviates from that formula by placing you in the shoes of an individual who’s looking to take down the mob in a city inspired by New Orleans. The game’s war veteran protagonist is forced to take matters into his own hands when his adopted family meets their unfortunate end at the hands of local mobsters. In order to fulfill his revenge-fueled goals, you’ll usurp locations ran by the mob through violent means and place your own gang lieutenants in place to increase your influence around the area. The game’s late 1960s time period is represented wonderfully through its era-specific music, slang and automobiles. But the reality of the racist sentiments present throughout that era is also put in place to give you the reality of the situation. Mafia III keeps it all the way real and doesn’t apologize for any of it. And that’s part of the reason why it’s worth a look.

Whoever thought there’d come a day where a game would offer a GTA-like experience for kids? LEGO City Undercover pretty much realizes that dream scenario and ends up being a great game because of it. As an undercover cop who’s in charge of protecting LEGO City, you hand out “blocky” justice as you crack down on all sorts of citywide crimes. In keeping with the theme of LEGO, you can build various objects with miscellaneous bricks and don different disguises as you uphold the law. The laughs will come a mile a minute during your time spent with LEGO City Undercover–gamers of any age will be able to enjoy its lighthearted humor, unique puzzles, and fun occupation switching mechanic. This pick of ours is defined as a GTA-like experience that’s safe to play around your young ones.

Referring to Red Dead Redemption 2 as nothing more than “GTA V with cowboys and horses” would be a terrible disservice to Rockstar’s other incredible IP. The publisher/developer’s 2018 Wild West simulator provided an incredible prequel to the equally amazing Red Dead Redemption. Red Dead Redemption 2’s engrossing open-world is home to all sorts of side activities that provide countless hours of fun, such as horseback riding, poker games, treasure map hunts, hunting/fishing, etc. And of course, you’ll find yourself in the middle of intense shootouts, big gang heists and not so friendly encounters with ruthless bounty hunters all the while. Red Dead Online, the game’s online component, also lets you act out all your cowboy dreams alongside and against other digital gunslingers. As a whole, Red Dead Redemption 2 is a game jam-packed with all the elements that make GTA worthwhile while offering the perfect representation of a bygone cowboy era.

Team Bondi, the immensely talented development studio behind this next game on our list, is no more. But what they left behind in their wake is one of the most visually striking open-world games to have ever been released. L.A. Noire utilizes its strong facial technology to present a game that’s all about reading suspects’ expressions in the midst of solving mysterious crimes. The neo-noir crime subject matter is presented in the best way possible and the 1940s Los Angeles aesthetic is given its just due. Putting your investigative chops to the test is the name of the game, plus you’ll get caught up in fistfights and shootouts along the way. Rockstar believed in this project so much that they decided to publish it and give it the extra push it needed to gain an even bigger audience upon release. L.A. Noire pushed the open-world genre forward and will be remembered fondly as a monumental achievement in the gaming medium.

It made all the sense in the world for The Godfather film to get a proper video game adaptation that’s modeled after GTA. The first instance of that idea coming to fruition is the best one and it is worth checking out if you still have an Xbox 360 or PS3 in your possession. The Godfather: The Game puts you in the shoes of a non-canon character that’s doing everything in his power to become a high-ranking member of the Corleone family. And that means you’ll be doing a whole lot of Tommy Gun blasting, Molotov Cocktail flinging, and baseball bat swinging to get your point across. The two main mechanics that make this game so memorable is its business extortion elements and its focus on taking down rival families in a bid to own each of their five regions.  This licensed movie game is better than most and is a fine way to play out the Corleone family crime drama.

GTA Online is still alive and kicking to this very day. Thousands of players log in on a daily basis just so they can live out the crime-ridden dreams of their in-game avatar. One of the best modes within GTA Online is Heist, which lets you and some fellow thieves rob a bevy of banks. If that particular portion of the game excites you the most, then perhaps Payday 2: Crimewave Edition will interest you as well. It’s all about pulling off bank robberies, running drug trafficking jobs, rigging elections and even stealing nuclear warheads. You can choose to go stealthy and pull off a mission quietly. Or simply run in guns blazing and clean house. Keeping track of nearby security guards, innocent civilians and the loot you came to retrieve is integral to your team’s success. If all that sounds exciting to you, then Payday 2: Crimewave Edition will be the perfect criminal co-op experience for you and your stickup crew.

The Yakuza series is massive – not only are there eight main games to keep track of, but there are various spinoffs and an all-new turn-based RPG sequel to hop into. If you’re looking to start at the very beginning, then Yakuza 0 is the best place to begin your journey. This prequel installment drops you into late 80s Japan and lets you play out the illegal misadventures of the franchise’s most important characters. As you march around Kamurocho and Sotenbori, you’ll engage in violent street brawls, eat delicious cuisine, play old school arcade games and take on all sorts of other side activities. Speaking of side activities, you’ll need to manage real estate business affairs and even manage a cabaret club. Yakuza 0’s open-world is full of fun and quirky things to do, see, eat, play and beat to a bloody pulp. And its plotline will implore you to see it all the way through to its epic conclusion.