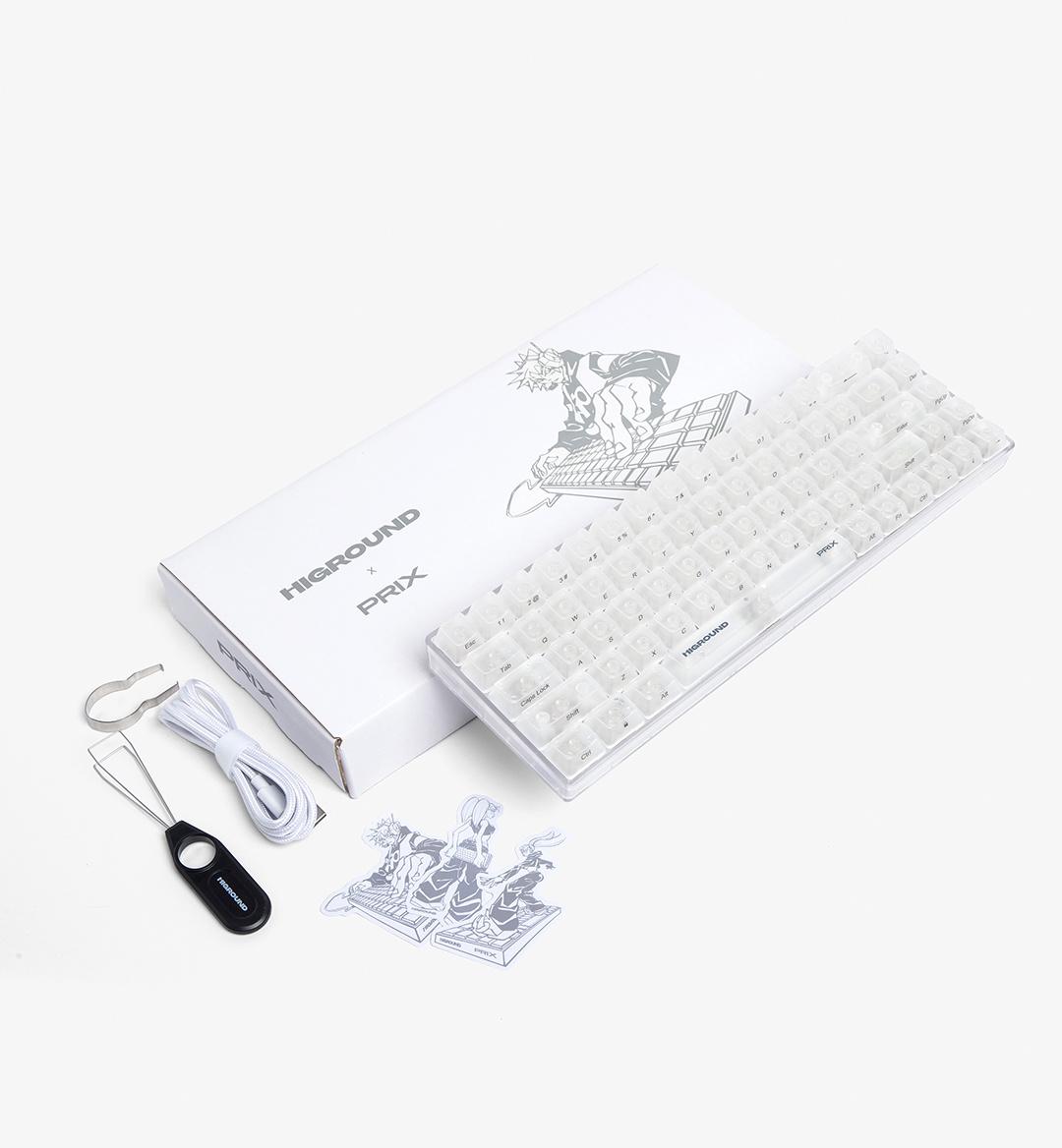 It's always dope to see two brands that seek to push their cultures forward join forces to approach that mission as a unit. That exact scenario has come to fruition for a company that deals in "the expression of elevated gaming culture" and a lifestyle & fashion label. This newfound partnership has resulted in a super-clean-looking gaming peripheral that pays homage to the transparent PlayStation and Xbox consoles that were prevalent back in the day. Say hello to the Higround x PRIX Workshop translucent PC gaming keyboard. 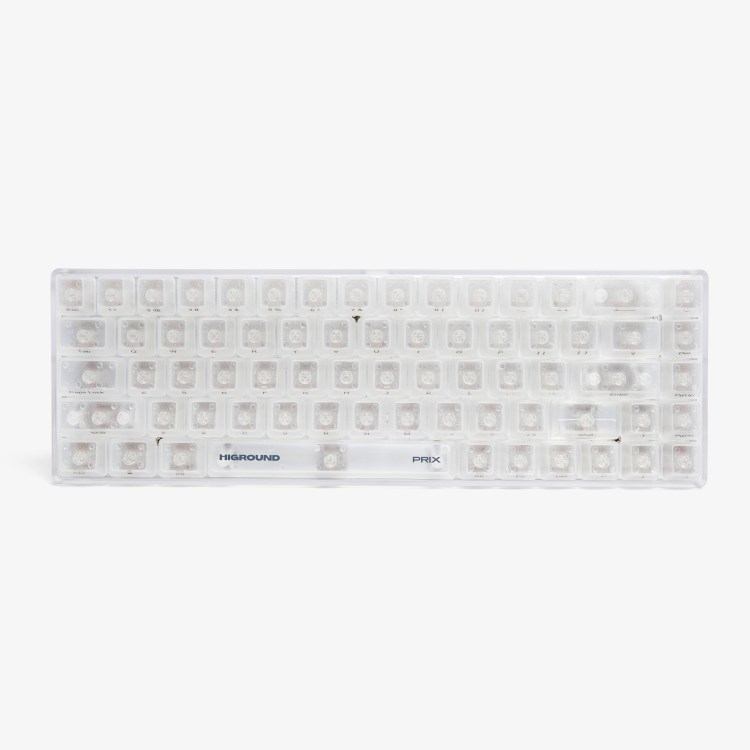 For those not in the know, Higround is a product design studio that mainly produces gaming-centric keyboards, keycaps, accessories, and apparel. The company came to light after being founded by gamers Kha Lu and Rustin Sotoodeh in 2020. Higround's recognizability has risen considerably in the years since - its product drops are known to sell out in mere minutes, plus the studio as a whole was acquired by 100 Thieves in 2021. Higround's previous collaborations include non-gaming entities, such as Beats by Dre, StockX, and Attack on Titan.

As for PRIX Workshop, this fashion brand was founded in 2018 in New Zealand and has captured the attention of celebrities far and wide (names like Hailey Bieber, Alicia Keys, Ariana Grande, and Hailey Bieber, Alicia Keys, and Ariana Grande immediately come to mind). PRIX's creation is due in part to Esther NG, whose previous work includes her time spent with her father at his auto shop, her university work that saw her tinker with computer hardware, and her time spent working as COO OF YEEZY.

In celebration of this newfound partnership, both Higrounds' Rustin Sotoodeh and Esther NG spoke of their excitement now that they're both working in unison. "This is the perfect time to show our dimensionality, as a product design studio beyond graphics," Sotoodeh noted. "I’ve always been intrigued by computer hardware and the interconnectedness of it all, for as long as I’ve been building PCs I’ve wondered what it’d be like to see everything working in its raw beauty while also being protected and as practical as possible - I thought it was a shame that most companies conceal these elements to achieve mass market appeal," NG stated. "Higround has given me the opportunity to share that thought with everyone with this new keyboard." 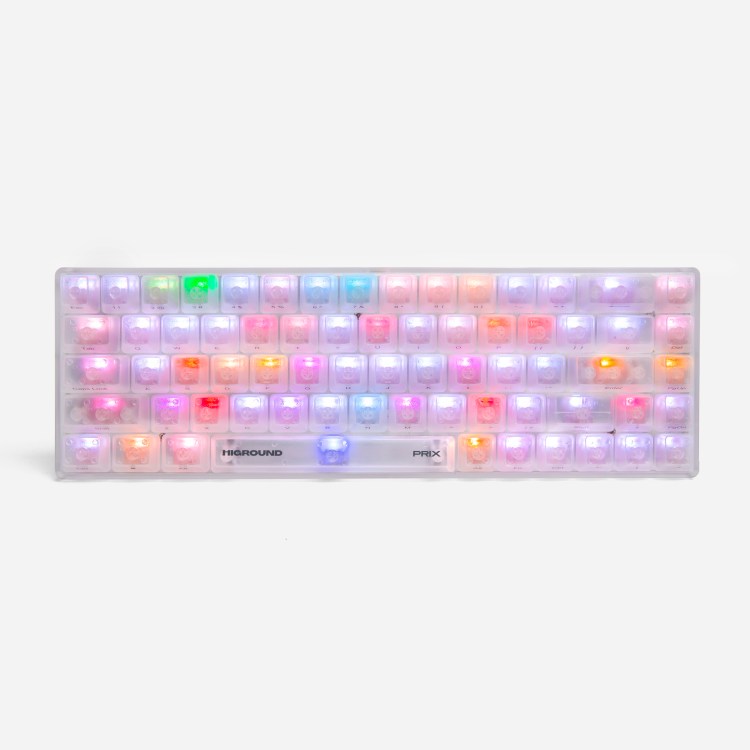 ONE37pm also managed to get some more comments on this brand connection from Sotoodeh, which you can read below:

ONE37PM: So how did this partnership between Higround and PRIX Workshop come to be?

Sotodeh: About a month after we got acquired by 100 Thieves, we met 100T NeekoLul and she connected Esther and me because we had so many similar interests. When I met Esther, I learned more about Prix and realized how unique of a story and audience she had. She’s a fashionable gamer building a sleek lifestyle label inspired by her love of cars, gaming, and anime and loved by many more like her. Esther and Prix challenge preconceived notions of femininity and we wanted to shine a light on her pioneering viewpoint. Gaming companies generally don’t understand or appeal to the tastes of female gamers. At Higround we want to upend those negative stereotypes so working with Esther to create something focusing on her worldview felt natural.

ONE37PM: What was the biggest inspiration behind the visual design of the hardware that came from this crossover project?

Sotodeh: We wanted to create something appealing to women that wasn't your stereotypical hot pink that you’d see from mainstream gaming brands.

ONE37PM: The translucent keyboard both companies came up with looks amazing! Can we expect to see any other gaming peripherals get the very same treatment from Higround x PRIX Workshop?

Sotodeh: Possibly, I know that whatever I say here will be used against me by the Higround fans in our Discord hahaha.

ONE37PM: What are some dream collaborations you'd love to see Higround be a part of next? 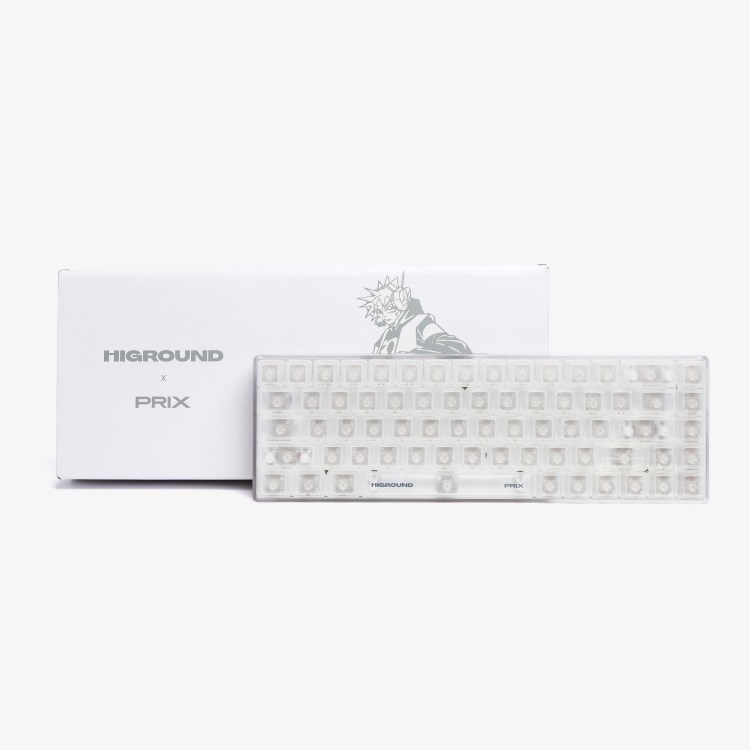 The Higround x PRIX Workshop keyboard will be available for purchase on Friday, June 24th, and 12 pm PST and 3 pm EST at higround.co.

Meet Chedli Ben Hassine, The CEO and Founder of Lanslot