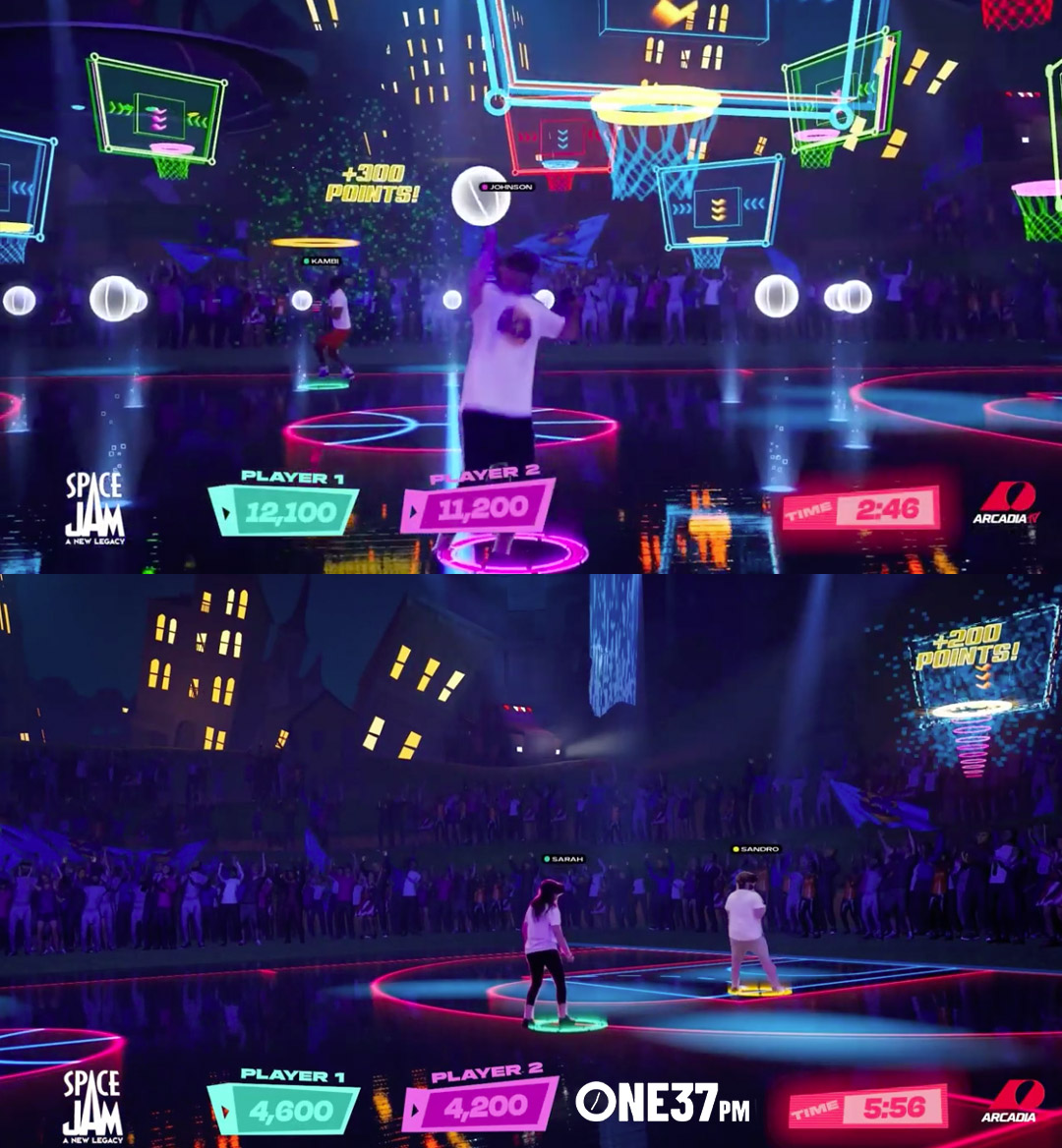 The digital worlds of sports and gaming continue to evolve into unimaginable heights, and Arcadia is here to take things to another dimension.

Arcadia is a new sports platform that combines the athleticism of traditional sports and the limitless possibilities of the digital world through its stadium-sized video game format where players become avatars and directly control movement and progress by running, jumping, pushing, and sliding. Arcadia creates a complete athletic experience that allows 2-10 players to compete in the world’s largest, multiplayer VR arena that can be played inside or outside while encouraging users to play and compete against each other.

Later this year, Arcadia will launch a six-city tour called the Arcadia Trials, where they will search for its first-ever pro-Arcadia Athletes where both gamers and fans will be given the chance to vote for Arcadia to visit their hometown, and a shot at being crowned the Arcadia Champion. 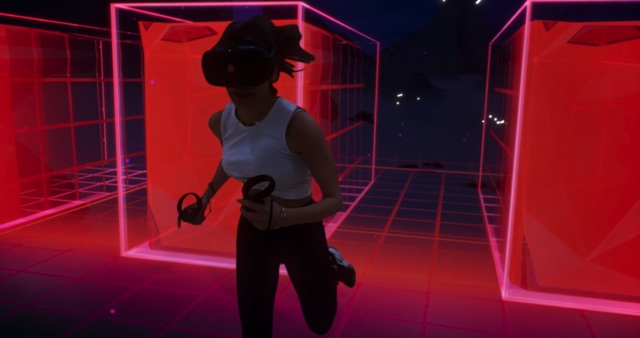 Fans and viewers can tune into Arcadia.tv to participate in a competitive stream where they can watch athletes move and compete inside the virtual arena or follow the action from the athletes’ POV. Even more exciting, Arcadia has plans to launch original series, and recently partnered with Warner Bros. for a once-in-a-lifetime Space Jam game.

Additionally, Arcadia will be working with renowned brands, major film studios, and talent. It’s going to be a fun second half of the year and beyond for Arcadia, and we sat down with CEO and co-founder Chris Olimpo to get the scoop on what’s been going on in their world.

ONE37pm: It’s so good to speak with you, Chris! Let’s first start by asking how you guys developed the concept of Arcadia.

Olimpo: So the truth is—it’s a collective idea that has been around for a while going back to things like Tron in 1982, but we have been able to bring the concept together. I had the privilege of being able to direct and produce Tom Cruise’s first VR film and having had that experience, I was able to understand VR on a deeper level by seeing the things that people can’t see. We have been able to make Arcadia a reality by bridging gaming and sports. We are creating a new sport, and it is an original idea that blends the two together while also focusing on solving specific problems to make as a visual. 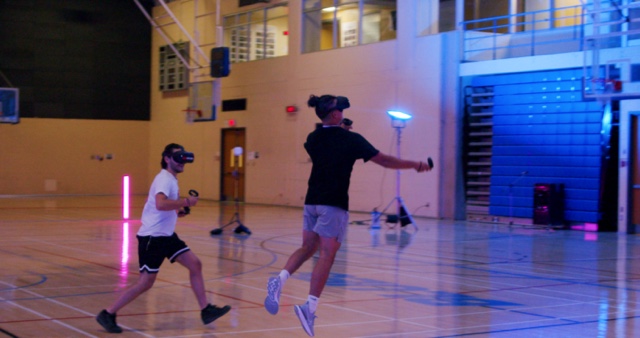 ONE37pm: How do you see esports and Arcadia, in general, evolving as a medium in the next five years?

Olimpo: I do think Arcadia is going to be a new category that is between sports and esports. It is going to celebrate both and sit in between. Going forward, I could see esports including a sport like Arcadia, and that it will be a hit game.

ONE37pm: You guys will be going on a six city tour called Arcadia Trials later this year. What do Arcadia's recruiting efforts entail?

Olimpo: It is going to look like a real sports tryout in a virtual dimension, and it will be broadcast on social media. We actually like to use the term “athletic gamers,” and we had tryouts in Montreal with over 1,000 players. It was interesting because we never knew who was going to win. Sometimes when it was gamers vs athletes, the gamers would crush it. Usually, the players that had a leg up were the ones that were both gamers and athletes. As far as our tryouts—you can go to Arcadia.tv/tryouts and register to vote for your city.

From there, we will have people line up, and we are going to film them, do interviews, etc. We are going to select two players from each city to fly out, and they will compete in a bracket tournament that crowns the first-ever  Arcadia champion. That will close out Stage 1 of Arcadia.tv. We are aiming for a fall start date, but it’s not confirmed yet. We may start this year, and go into the first quarter of next year.

ONE37pm: What are some of Arcadia's proudest accomplishments thus far?

Olimpo: We are proud to have launched to the world, and we are already working on the future! We are also proud to have announced a partnership with Warner Bros and bring Space Jam: A New Legacy into our Arcadia Sports Platform. It was absolutely insane! It was one of the most fun games I have ever played, and I’m not being biased either. To have that partnership with Warner Bros. was amazing, and there is definitely a lot in store for the future.

Anike and Audrey killing it in parallels, but who will come out on top: the gamer or the athlete? comment below and let us know 👇#arcadia #vr #esports #sports #athletes pic.twitter.com/FBsQ1nWSsY

ONE37pm: Definitely! I’m going to take it back a little bit. Did the pandemic have an effect on you guys last year?

Olimpo: It definitely had an impact, but there were pros and cons. We were actually in the process of raising an investment round in February 2020, which was right around the time the pandemic started, and our trips to San Francisco and New York were faulted. We had to send videos to people, and they actually thought the tech was fake. They didn’t believe it was real, and it pretty much slowed us down in terms of funding.

We eventually decided to take a leap of faith and fly to San Francisco to host demos, and they were like “Wow! I can’t believe this isn’t vapourware.” From a gaming standpoint, however, it was a blessing in disguise. Sports had stopped, but there was sort of this underground movement that happened, and many of our Arcadia players wanted to still keep on playing. So they were playing in parks and parking lots, and it was cool. In a way, Covid gave us access to that underground movement and space.

ONE37pm: Final Question—Where do you see Arcadia in five years?

Olimpo: I see Arcadia being a fully legitimate sport where we have sold out stadium events. I see it being similar to the Olympics where there are a variety of games. I also envision technology being lighter for athletes, and that there will be a new status quo when it comes to sports and gaming. Fans and audiences will come to expect this as a new reality, and we will have star Arcadia athletes.

We actually predict that a professional athlete will leave their league to join Arcadia, and that it will be a young up-and-coming athlete that makes that transition. We definitely think that could happen in five years!