How MonsterDface is Taking Over the Game

The esports standout spoke to ONE37pm on 'One More Game' 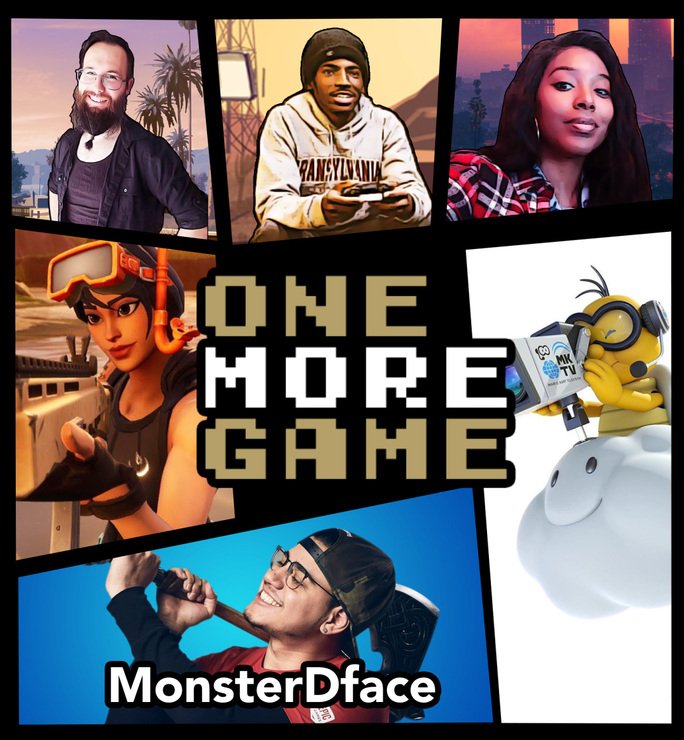 There’s an age-old saying you might be familiar with, “jack of all trades, but master of none.” Well, this doesn’t apply to the man known in the esports community as “MonsterDface.” An artist, analyst, commentator, and content creator, this 27- year-old from the Bronx is becoming a major force in the gaming world. With esports transitioning to a fully remote environment this past year, MonsterDface has gone through a period of reinvention. With previous roots as an influencer and content creator, “Dface” has successfully been able to adapt to these changes while continuing to build a fanbase. The “legend in the making” discussed his gaming journey on the most recent episode of One More Game, with host Aaron “Don” Dukes, and co-hosts RedinFamy and Warlock Rackaul.

When you talk to MonsterDface, it’s easy to understand why he’s become so successful in the gaming industry. Dface has a certain “it-factor,” and his personality has been a driving force in his career, especially in his roles as a commentator and content creator. Despite being very young, Dface already has an extensive gaming resume consisting of Fortnite, Practice Servers, and OpenScrims.

“Covid in a lot of ways obviously hurt businesses, but it amplified mine because there was a big silver lining. November 2019, I launched my own production business because I’ve always been the type to boss up. So I have always been like, okay, what if this happens, or what if somebody doesn’t need me. How do I put myself in a position where I can put the chess pieces in order and bring in talent. So I launched my own business with a practice server because I also run the largest competitive ecosystem in Fortnite. I realized all these players were building content off of what I basically run right now, so I was like, why don’t I build content and then hire people in? When Covid hit and everything started getting wiped out, I was like I’m ahead of the curve!”

Being two steps ahead of the game is an important part of running any business. It could literally be the difference between whether or not your business/brand can survive anything thrown its way over a short or long term period (and that includes an unexpected pandemic). That foresight continues to be one of the many things that sets MonsterDface apart from his peers, as he stands firm in his beliefs of “going against the grain.”

“First let me backtrack. It’s not that Epic doesn't necessarily believe that they don’t want to run the most competitive events, it’s the way that they’re doing it isn’t something that’s traditional or orthodox in what people believe esports to be up to this point. I love their approach. They don’t feed the rich—they allow the competitive space to be open for people like myself to step up to take advantage. There’s no other esports league out there like that, and for that I genuinely do love their approach. As far as whether or not I can do this—I’ve always just been the kind of person where I don’t necessarily think as much. I’m the type to acquire a skill that can no longer be taken from me so that I can do everything. I’m literally a 360 service.”

From taking the reins over his career, to fighting for gamers to get paid, Dface has always used his voice. As a young man from the Bronx who has had to battle discrimination as well as poverty, speaking up for what he believes in is a way of life. It also fuels his creativity. The same creativity that has led him to be a bright spot in the Fortnite community. With so many talents, and the ability to diversify his craft, the future is bright for both esports, and Dface himself.

“I’ve had the opportunity to do so (expand into other leagues), but I’ve chosen to stay in Fortnite for my brand. I really want to niche down and be the face so that if there’s ever a major, I’m there. Esports is the “Wild Wild West” right now. You don’t need a degree to make it to where I am. If you want to break into this, all you gotta do is know how “to talk the talk.” I think esports is going to have a huge run in this industry. One of my biggest assets is getting things in motion. As an influencer, I know how to move the chips”

Dface himself said it best, he’s not only on-air talent, but he also puts talent on air. For more on MonsterDface, be sure to check out the whole episode of One More Game above.