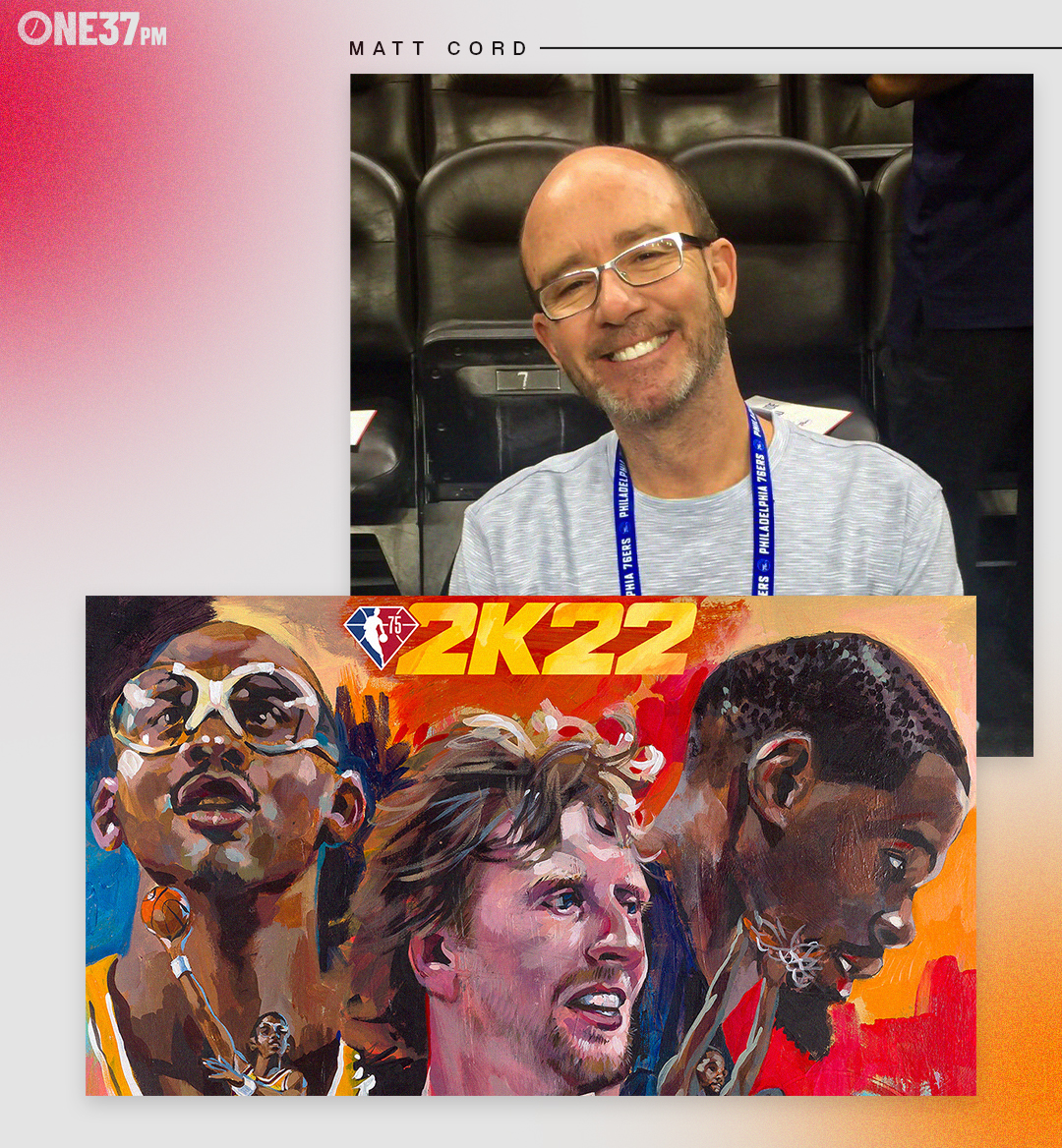 We are right around the corner from the release of NBA 2K22, and more details and features are starting to be released. The latest to come from the 2K camp is the announcement of the addition of NBA teams’ Public Address Announcers—the voices behind the mic of home arenas. 2K will be highlighting the stories of these formative figures that pull back the curtain of reaching their lifelong dreams as they contribute to NBA 2K’s commitment to creating the most realistic NBA basketball simulation ever.

It is a super exciting feature that we all can’t wait to see (and play) and to get you pumped, we spoke with beloved Philadelphia 76ers PA announcer Matty Cord about his involvement with the game. Cord spent five days earlier this year recording his parts for the game in Mission Hills, California, going back in July to do some final touch-ups, and like us, he can’t wait to see the final version. Below is our interview with the 76ers legend.

ONE37pm: What was the process of recording the voiceover like?

Cord: It was a lot of mid-tempo, and then low and high tempo stuff. The recording process went on for a while because we wanted to make sure we covered the possibility of anything happening in a game. The biggest thing was making sure my voice was okay. We don’t really have very many back-to-back games, and I would start going crazy, then realize that I had to save my voice. We spent five days recording in California, and I had to make sure I had Throat Coat Tea, and cough drops because your voice is a tool. I went back in July to touch up some stuff and throw in some of the draftees and coaching changes. It was fun!

ONE37pm: Were there any challenges you experienced?

Cord: I had to preserve my voice, and also not having a crowd was hard as well. It’s nice to have a crowd behind you and feed off the fans. Having a crowd helps to make the job easier, and so that was the hardest part of the recording. It was sort of a similar experience to when we started off playing in arenas without fans. You know sometimes the fans correct me! They play a big role, so it was difficult to record without them there.

ONE37pm: As a legendary PA announcer we already know your prep game is intense. What was the prep like for 2K?

Cord: A lot of people don’t know this, but I do vocal exercises and singing scales. I do that in a room in the arena before games, and I make sure I have the pronunciation of the names down. I used to go into the locker room to do my vocal exercises, and one day Eric Snow came in and was like “You get to it!”

ONE37pm: Last question. Are you going to play?

Cord: My friend Rob has five kids, and I’ve played with his oldest Jonah—he taught me all about it. I’m going to play Candace Parker’s cover, and Luka’s too along with the legends. There are still some people that don’t know about it yet, and I know when they find out that I’m in there, they are going to want copies!

NBA2K22 will be available to download or purchase in stores on September 10th. In the meantime, we’ll be sure to keep you posted with any updates.