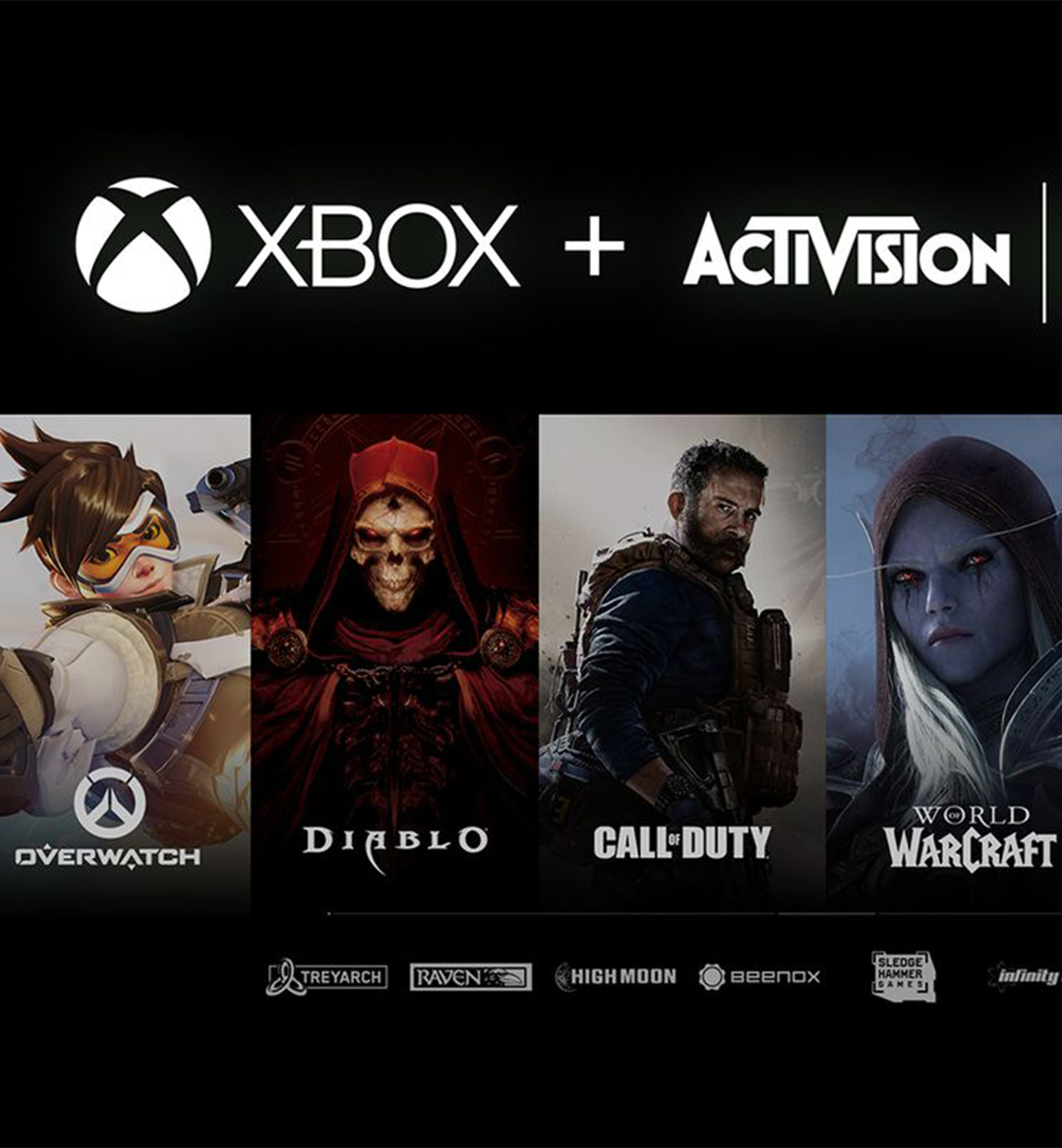 CEO of Microsoft Gaming Phil Spencer wants to make one thing clear - Microsoft's Xbox Game Studios is in the habit of making major waves throughout the video game industry.

And the best way to do that is via Microsoft's mind-blowing acquisitions of well-respected gaming publishers/developers. In years past, gamers have been left floored by the news that Microsoft has placed the following gaming institutions underneath its Xbox banner - Undead Labs, Playground Games, Ninja Theory, Compulsion Games, Obsidian Entertainment, inXile Entertainment, Double Fine Productions, and Bethesda.

And now, another massive gaming entity will now call Xbox home - Activision Blizzard. As of today (January 18), Microsoft is set to acquire the publisher behind massive IPs, such as Call of Duty, Overwatch, and Diablo, via a $68.7 billion deal. This monumental announcement has already left plenty of gamers' jaws on the floor and heads being scratched in unison across the globe.

So what could all this possibly mean? Let's delve into all the exciting possibilities.

1. Microsoft's Going to Clean Up and Restucture Activision Blizzard for the Better 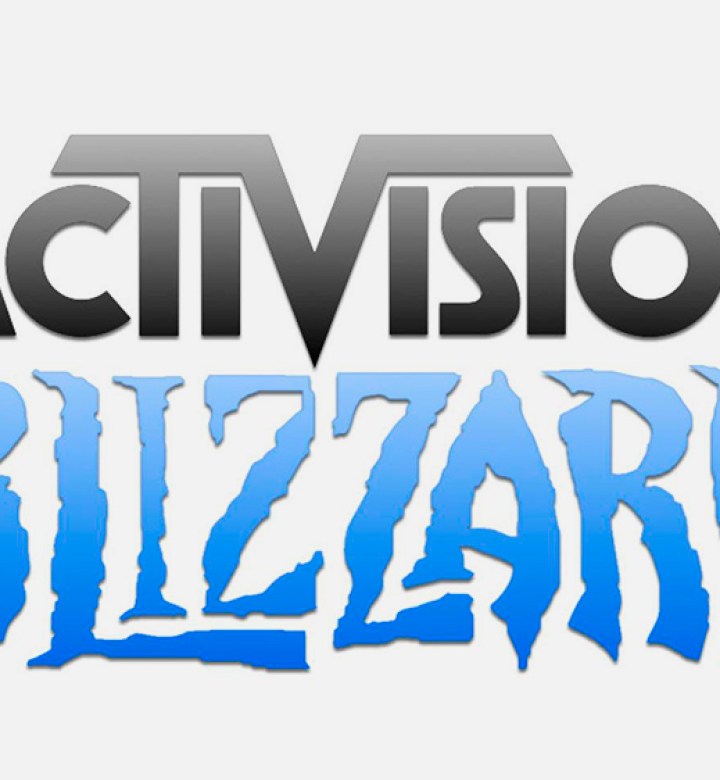 The most obvious change set to come from this news is Microsoft going out of its way to change things for the better when it comes to Activision Blizzard's work atmosphere. Last year, a shocking amount of claims concerning workplace misconduct were made public. And to put it simply, Activision Blizzard has been lambasted by gamers, journalists, and its own development teams for harboring such bad behavior and allowing the individuals that enacted them to stay within the company's ranks for so long. In November 2021, the world learned that the publisher reached a settlement agreement with the EEOC (Equal Employment Opportunity Commission) to pay $18 million in regards to a lawsuit from the US government agency.

Even with that correction from the company being made in regards to its negative workplace habits, there's still more work to be done. Microsoft will obviously want to assist in that company-wide movement and enact new policies that work to better the work environments for Activision Blizzard's many in-house development teams. The publisher's troubled CEO Bobby Kotick has had plenty of accusations thrown in his direction as well, which caused Spencer to let his Xbox staff know that he will be "evaluating all aspects of [Xbox’s] relationship with Activision Blizzard and making ongoing proactive adjustments." Who knew that company-wide evaluation would lead to Microsoft buying Activision Blizzard outright?

And while it's been made clear that Kotick will continue to serve as Activision Blizzard CEO while the acquisition procedure continues, don't be surprised to read that he's been outed once the ink finally dries on that deal.

2. More Innovation Will Come to 'Call of Duty' 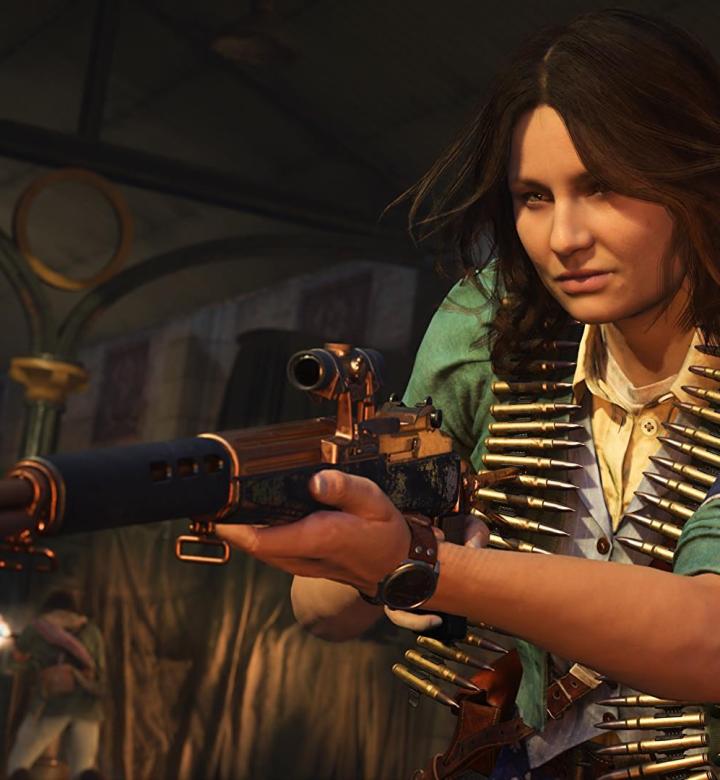 It's become increasingly evident that the annual release schedule for Call of Duty has diminished the series' overall quality factor for many fans. While the world's most popular first-person shooter franchise has continued to rake in millions of dollars in profit on a yearly basis, the critical positive response from players and reviewers alike to recent entries has started to taper off a bit. Fans have lamented the sense of true innovation tied to the series and have been calling for an end to the IPs annual release schedule so that COD can reach the previous highs it once claimed.

Now that Microsoft is set to bring Activision Blizzard into the fold, here's hoping that a whole lot of quality control will be put in place to improve COD for the better. Xbox Game Studios already has a ton of development teams underneath its banner that's hard at work creating the next batch of AAA-level experiences for the Xbox One and Xbox Series X|S. By allowing Activision Blizzard's main COD dev teams (Sledgehammer Games, Treyarch, and Infinity Ward) to have more time to craft future entries in the long-running series, COD could perhaps be refreshed and improved for the better later down the line.

3. Activision's Call of Duty Development Teams May Get the Chance to Make Original Games Again 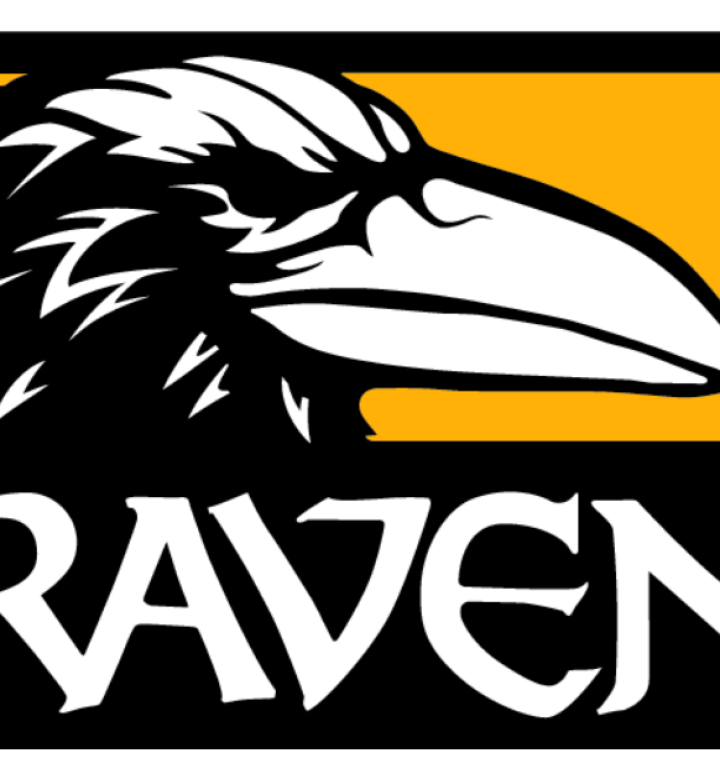 Speaking of COD, there's a good amount of assorted Activision Blizzard dev studios that have been taken away from their past works to work primarily on new series entries. And to be quite honest, that decision has been quite saddening. Relegating the likes of Raven Software (X-Men Origins: Wolverine), High Moon Studios (Transformers: War for Cybertron and Fall of Cybertron), and Beenox (Crash Team Racing Nitro-Fueled) to nothing but COD-related work is a severe under usage of their immense creative talents.

Xbox Game Studios has shown that it's willing to allow its development studios to put its creativity to the fullest in order to produce the types of games it's incredibly passionate about. With all that being said, I'm willing to bet that Phil will step in to free the dev teams that do additional work on new COD games in order to let them get back to crafting original IPs of their own. And who knows? Maybe those three aforementioned dev studios could possibly work on some dormant Xbox IPs - I think the world needs new Blinx: The Time Sweeper, Brute Force, and Conker games! 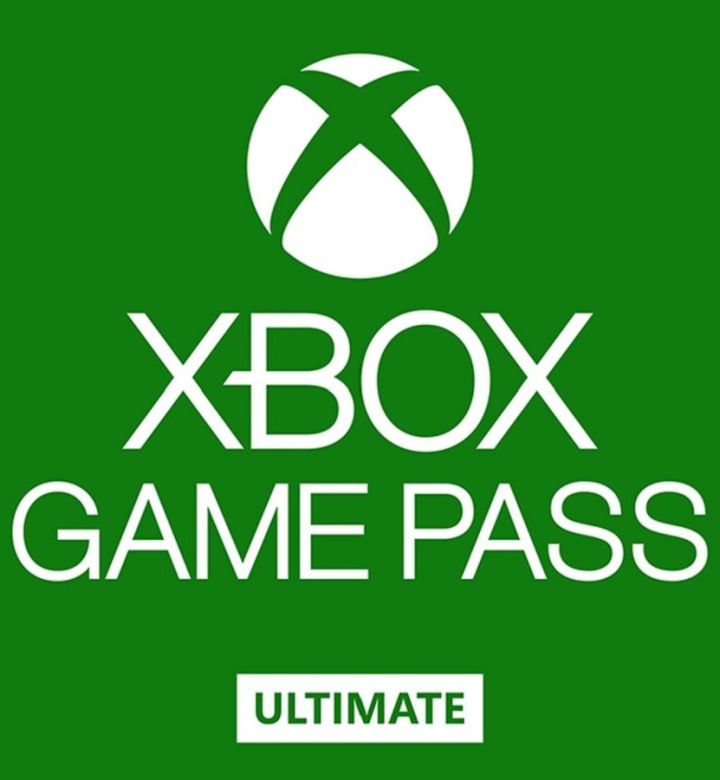 Here's another pretty huge statement from the Xbox Wire blog post surrounding the Microsoft Activision acquisition news - "Upon close, we will offer as many Activision Blizzard games as we can within Xbox Game Pass and PC Game Pass, both new titles and games from Activision Blizzard’s incredible catalog. We also announced today that Game Pass now has more than 25 million subscribers. As always, we look forward to continuing to add more value and more great games to Game Pass."

25 MILLION SUBSCRIBERS? That's an insane number, right? And guess what - that number is going to get even bigger now that gamers realize that upcoming Activision Blizzard games will eventually come to Game Pass on day one. Just imagine being able to play the next COD, Overwatch 2, Diablo 4, etc. at launch at no extra charge because you're an Game Pass subscriber! Plut it seems way more preferable for gamers to hop into the latest COD without having to spend $70 for it and instead being able to spend that money on DLC cosmetics instead. Timmy's parents should be able to breathe easier now that they don't have to buy the next COD at full price anymore since we all know that it'll be on Game Pass as soon as it drops as a free download.

And with such a huge player base already contained within Game Pass, I can see those same subscribers doing a whole lot to increase the already massive player numbers for Activision Blizzard's upcoming releases. Being able to access the latest COD through Xbox Cloud Gaming and having the chance to play it across consoles, PCs, and tablets is a dream scenario that will soon come true for gamers looking to save their money and game on the go. 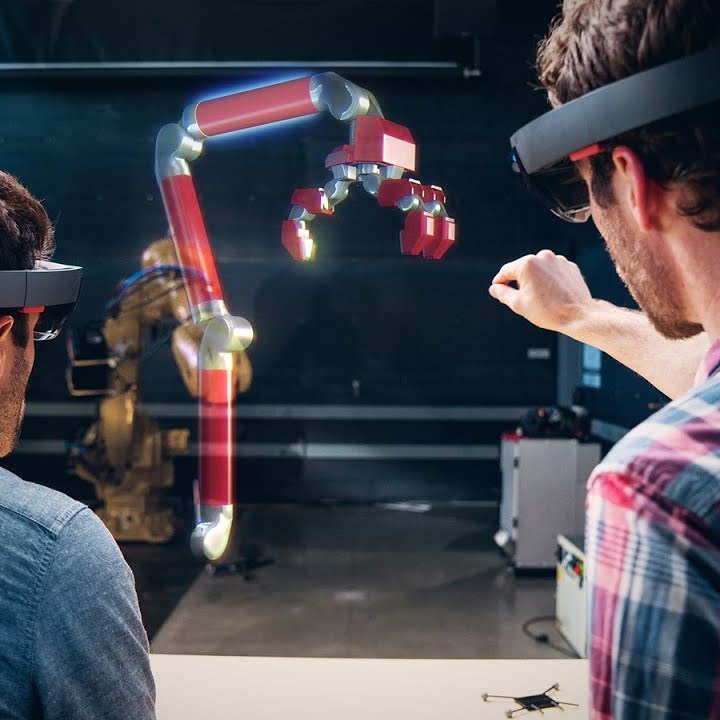 The Microsoft HoloLens mixed reality smartglasses go hand in hand with some really dope technology that I hope gets applied to the COD esports scene. It'd be pretty awesome to see the COD League apply the usage of that tech towards two great augmented reality applications. Letting esports team coaches rely on the HoloLens to look at the full layout of COD maps in order to construct proper strategies for its players could prove very beneficial. Plus having coaches and their players being able to review VODs (Video-On-Demand) with the HoloLens on deck could make that process much easier and way more engrossing as a whole. And for the viewer, being able to view cool augmented reality segments brought on by Microsoft's tech live on-stream would be mindblowing.

6. Exclusive Games From Activision Blizzard Will Be a Thing at Some Point 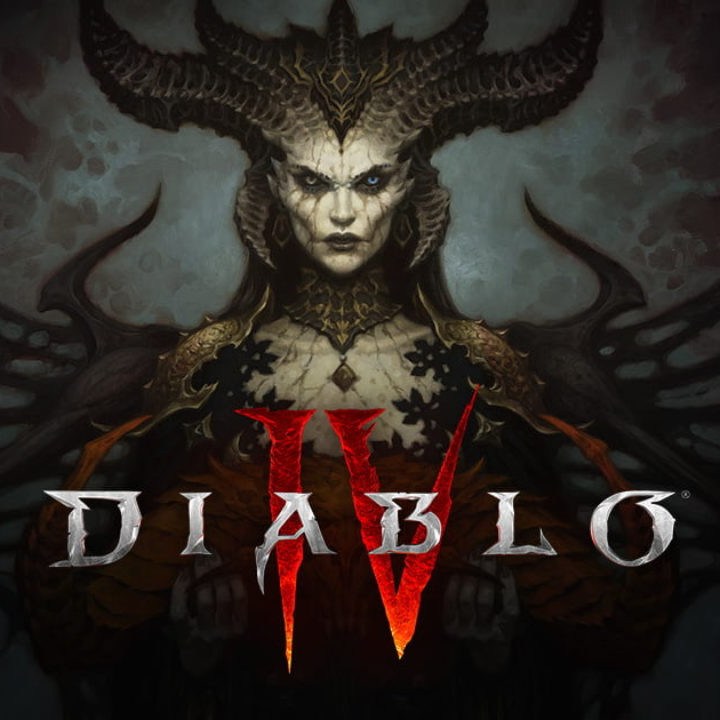 When Microsoft got its hands on Bethesda, gamers soon learned that Bethesda Game Studios' 2022 release Starfield would be coming to Xbox One and Xbox Series X|S as a console exclusive. It was also commendable of Phil and the whole Xbox collective for allowing Bethesda to honor its past deals with Sony PlayStation for games with timed exclusivity. In that aforementioned Xbox Wire blog post, it's noted that "Activision Blizzard games are enjoyed on a variety of platforms and we plan to continue to support those communities moving forward."

But let's be honest, folks - buying Activision Blizzard for billions of dollars lets me know that Xbox will eventually make good use of that deal by exclusively putting the publisher's biggest games on its platforms later on. Having Overwatch 2, Diablo 4, the next COD, a new Crash Bandicoot, another Spyro the Dragon, etc. debut as Xbox console exclusives would be pretty paramount for the gaming giant!