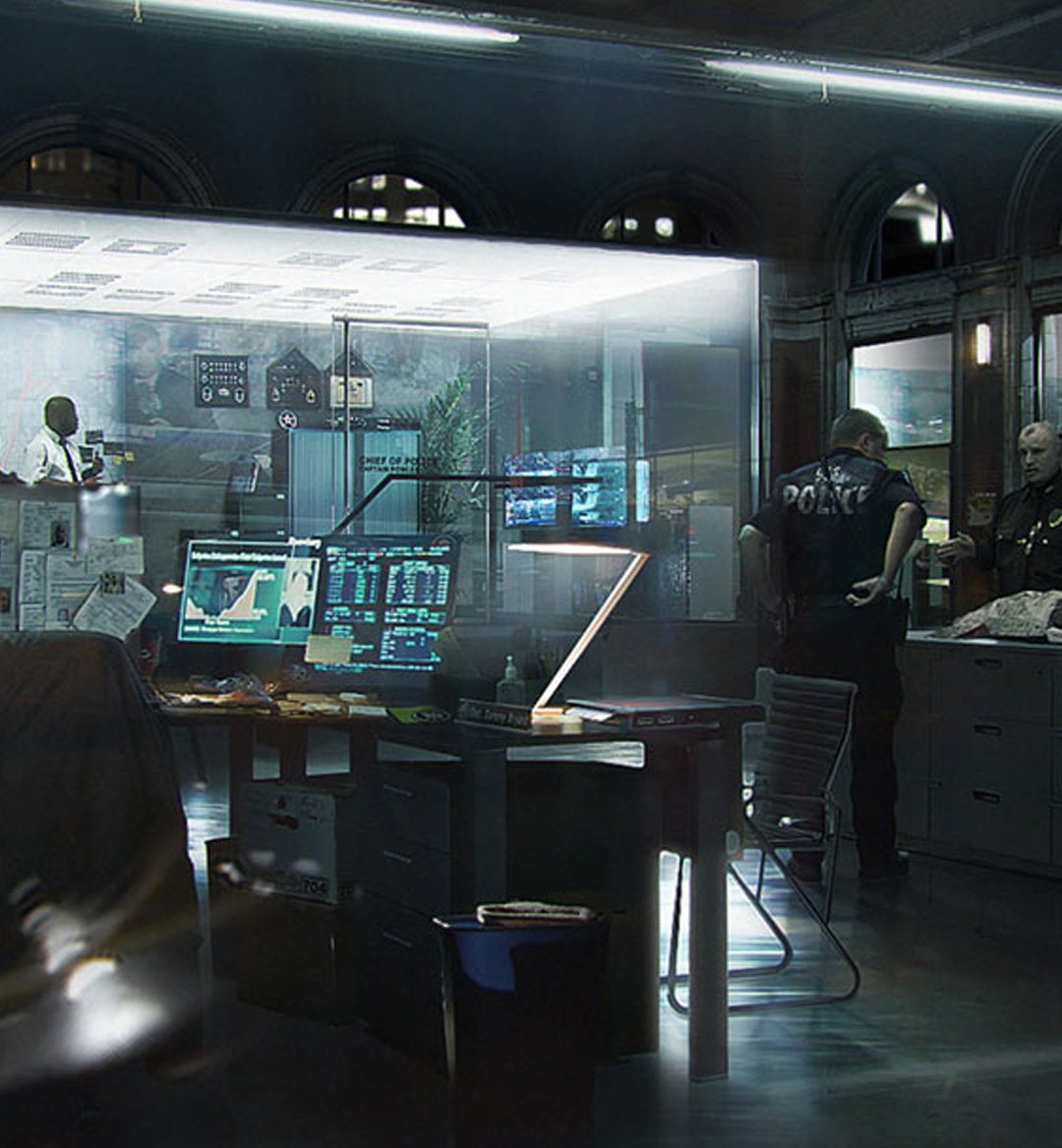 Video games have come a long way is a statement, the veracity of which, depends entirely on the age of the person reading it. For those old enough to remember Pong, the statement is immediately apparent and less so for those who cut their gaming teeth with the Nintendo 3DS.

At the risk of dating myself, my first foray into video games was via  the Super Nintendo, a system that allowed developers to do more with their games.

This led to the start of a decades long argument that doesn’t seem to have an end in sight.. Can games serve as viable storytelling mediums?

David Cage seems to think so. The man behind several story-driven games, Cage is seen as a pioneer of games that sacrifice gameplay for the narrative. His most recent title, Detroit Become Human, is a science fiction adventure with themes that delves into redemption and what it means to be free, among other things. Cage’s games are among the best proof that games now have the potential to tell compelling stories, and so are the games on this list.

Arguably the game that put Cage on the map. Indigo Prophecy is many things: strange, gripping, unexpected, but one thing it isn’t is boring. Released in 2005 by Quantic Dream, Indigo Prophecy, like many games on this list, features minimal gameplay but makes up for it by telling an interactive movie based on the player’s choices. Only years later would cinema catch up with the concept of interactive movies with titles like Bandersnatch.

Like Detroit Become Human, Indigo Prophecy makes use of three parallel stories that often-times intersect and have an impact on one another. While the story itself might have a bit of trouble staying grounded, it is compelling enough to pique the interests of even skeptical gamers.

The past decade or so has seen a resurgence of interest in works by H.P. Lovecraft. From story retellings to dramatic radio shows, Lovecraft’s brand of cosmic horror seems to resonate with audiences in ways it never did when the writer was still alive. In 2018, developers at Cyanide wanted to cash in on the Cthulhu craze and they did so with Call of Cthulhu. Loosely based on the board game of the same name, Call of Cthulhu has you play the role of detective as you investigate the untimely death of a prominent artist and her family. While this game may have a bit more gameplay than Detroit Become Human, it still manages to pull off a cinematic experience.

Just to drive home the cinematic overtones of your typical Quantic Dream game, Beyond: Two Souls stars Elliot Paige and a cast of other actors. Beyond: Two Souls puts a twist on the idea of a small child making up an imaginary friend by making said imaginary friend very real. What ensues is a tragic depiction of the main character’s life, from childhood to its end. As one would expect from professional actors, the voice acting is superb, and the gameplay, while scant, is unique and lacks the tedium of other Quantic Dream games.

A horror game that takes obvious cues from anthology horror movies of the 80s and 90s. It tells a maritime horror tale that manages to pack in many scares despite its relatively short run time. Each of the characters has their own distinct personalities even if their actions are sometimes baffling. More importantly, the game tells a story with minimal input on the player's part, which puts it in the same category as Detroit Become Human.

From the same people who brought you, Man of Medan, Until Dawn is another horror game that doesn’t feature as many cinematic tropes as Man of Medan. Released in 2014 to significant fanfare, Until Dawn has, for the most part, aged gracefully. It tells the story of a group of friends and a terrible night which involved a psycho killer, a flame thrower wielding hunter, and a terrifying figure from Native American folklore. The story itself isn’t remotely predictable, and, what's more, the game could have very easily been a major motion picture.

If Indigo Prophecy put Cage on the map, Heavy Rain made him famous. Released in 2010 by Quantic Dream, Heavy Rain is a mystery thriller in the category of other mystery thrillers like True Detective. While the story isn’t as out-there as the one told by its predecessor, it is still gripping, if at times predictable. The entire game is covered in a sort of visual haze that gives the whole game a dream-like quality to it. While the graphics may not have stood the test of time, the Playstation 4 remake enhances the visuals to modern expectations. My advice is to play the updated version to experience the game the way developers envisioned it.

An unexpected hit when it was released in 2015, Life is Strange tells an emotional story of life at a Pacific Southwest boarding school with a dash of magical realism thrown in. When the main character learns she has the ability to manipulate time, she chooses to use her powers for good, but sometimes the road to hell is paved with good intentions. Despite the magical elements, Life is Strange tells a grounded and believable story about adolescent pitfalls. It manages to do so with a unique art style you don’t often see in games.

Released in 2011, L.A. Noire has become a bit of a cult classic among gamers. The games through great lengths to accurately depict Los Angeles from decades ago and, in that regard, it hit it out of the park. Everything from the dialogue to the aesthetics gives the game a genuine feel. That coupled with the face reading mechanic the game introduced. While it may be goofy, at times, it is a game mechanic that shows the developers were willing to take story-telling risks. Thanks in large part to its fan base, the game has managed to stay relevant almost a decade after its initial release, which is something you don’t see often. For those wanting a compelling story in their gaming, look no further than L.A. Noire.

Much like the television show that inspired it, Telltale’s The Walking Dead is an exercise in wielding tension at the perfect moments. The game is interspersed with moments of levity and humor but maintains an ever-present feeling of dread simmering beneath the surface. Released in 2012, the game’s popularity seemed to have grown alongside the television show. It tells the story of another group of survivors in the early days of the zombie apocalypse. A handful of characters from the television show make an appearance, but the real stars are the interesting and tragic cast of characters the players meet as they navigate the zombie-infested south.

The most popular game you probably haven’t heard of. Kentucky Route Zero is a visually arresting game that happens to tell quite a fascinating story. It’s easy to get the impression that the developers at Cardboard Computer went to great lengths to ensure the story was as memorable as the visuals. In that regard, they succeeded. You can play as anyone within a group of characters, each with their own personalities. The characters you choose determine the kind of dialogue you get and the story you play through. This gives the game near-infinite replay value as there are several different ways you can play through the game to get several different stories.

Another gem that isn’t quite as popular as one would expect it to be. Disco Elysium is a point and click roleplaying game that tells a story through its dialogue and atmosphere. At first blush, it may look like an old bottom-down adventure RPG, but it quickly shows that it’s anything but.

The story takes place in a crumbling city, perhaps a crumbling world, in which the player is tasked with unraveling the mystery behind a recent death. As you get closer to the truth, the world opens up in a way that can be overwhelming but is ultimately rewarding if you stick to it.

6. The Wolf Among Us

Another signature Telltale game released in 2013 tells a decidedly grim story. This is despite the fact the game features characters from everyone’s childhood fables. The game leans heavily into Telltale’s unique art style, giving it an almost comic book-like aesthetic. In the game, you play as the titular wolf as he tries to unravel the mystery behind a murder. To do this, the game offers several different paths, forcing the player to make the best decision they can with the limited information they have.

Broken Age’s story is one of the most compelling on this list. In fact, it’s two stories that can be swapped at will by the player. So if you get frustrated with a puzzle, you can merely play as the other character while giving yourself time to breathe. Broken Age tells a whimsical story that few videogames can and should be put forth as a prime example of videogames’ capacity to tell stories. The characters are immediately endearing, and even during the times where things slow down, the game still manages to hold the player’s attention.

An example of a game trying to tell an abstract story. The developers at Amanita Design could have easily taken inspiration from Pikmin when putting Botanicula together. The game features tiny creatures trying to save their home, in this case, a tree. While the game doesn’t have dialogue, you can still piece together a narrative by watching what happens and how the characters react. It’s impressive storytelling.

Little Hope, along with Man of Medan, is part of a series of horror anthologies from the same people that brought you Until Dawn. Like Detroit Become Human, Little Hope puts forth a narrative that is based almost entirely on the actions you make as the player. Entire swathes of the game, including cinematics or player interactions, depend on the split-second decisions you make as events unfurl. Much of the game’s horror stems from the atmosphere. As is typically the case with games in this anthology, Little Hope features a cast of colorful multidimensional characters you find yourself becoming attached to. As the game progresses, you’re likely to find yourself invested in their survival. Little Hope is storytelling at its finest, and a shining example of what videogames can do with a little bit of vision.

Another Supermassive Game, this time the prequel to Until Dawn. The Inpatient is supposed to be played on Playstation VR which only enhances the storytelling. Instead of controlling the main characters, you become the main character, making your way through a hospital that is clearly more sinister than it appears on the surface. While the game isn’t as action-packed as its predecessor, it still manages to tell a chilling story, one that is contingent on the decisions you make throughout the story.

One of the best videogame depictions of Sherlock Holmes. The Devils’ Daughter can be challenging at times, but that's only part of the appeal.  While the game features more gameplay than other titles on this list, the experience is still largely akin to sitting back and watching a movie. Holmes is as charming and witty as ever as he makes his way through the enthralling mystery at the heart of this game. The graphics, though a few years old, hardly look dated. For those in the mood for a gripping story, this title is a must-have.