For All The 'Star Wars' Fans Out There, Here Are 10 Games Like 'KOTOR'

May the Force be with you. 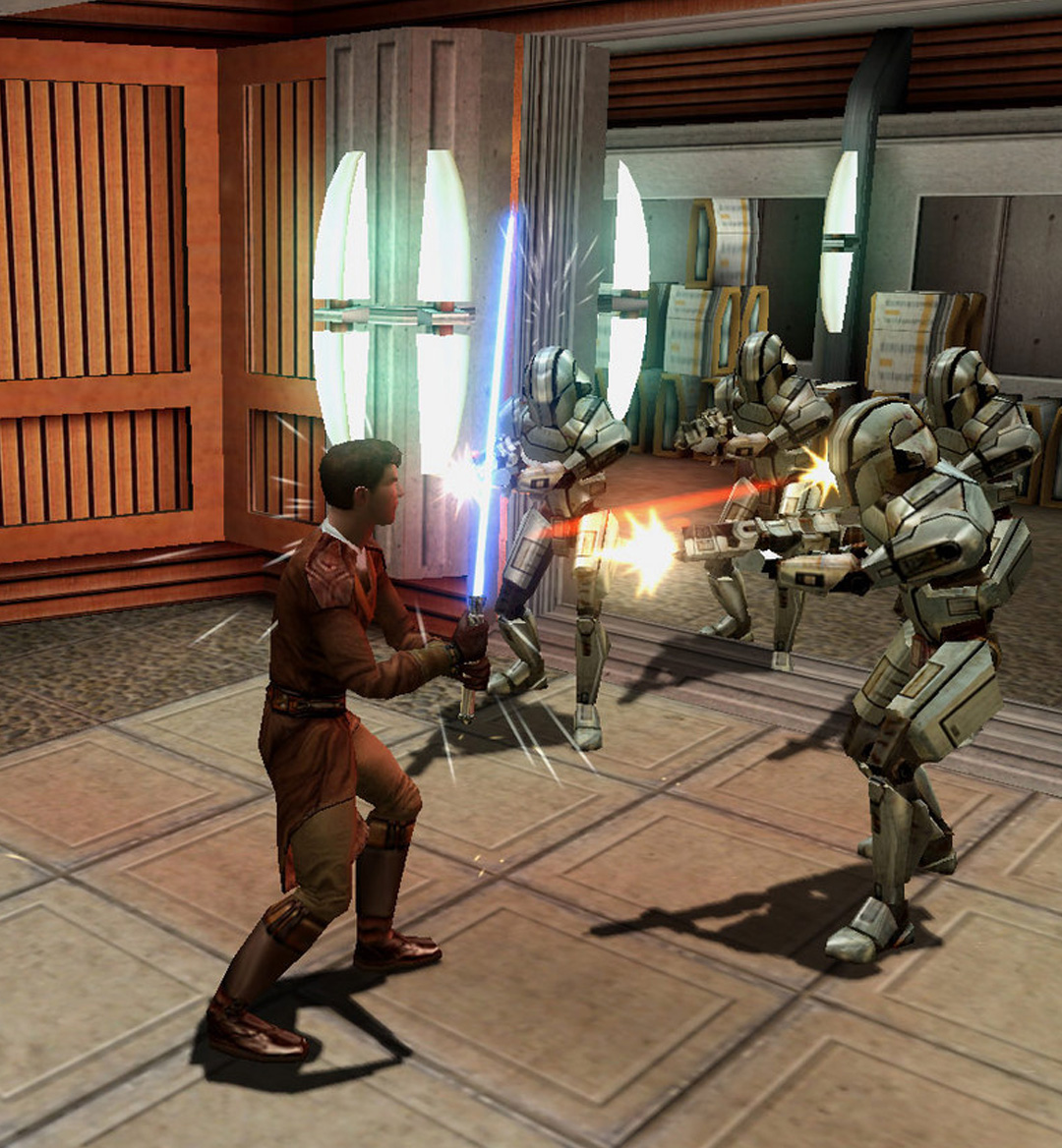 There are a handful of games that elicit positive memories when mentioned around those who grew up playing them. Even decades after their retail shelf lives, these are the games that remain relevant through the force of nostalgia alone. In 2021 people are still playing Goldeneye through carefully crafted mods. Large communities of people still gather to catch up with old friends on Runescape servers, while two of the most recent blockbusters were overhauls of Resident Evil 2 and 3.

Developers are learning that tapping into childhood memories is an easy path to commercial success, but not all developers are willing to take the proverbial plunge. Both Sony and Nintendo, for example, have barely scratched the surface when it comes to making their massive catalogs of games available to consumers.

Their hesitation is understandable. Not all games from decades ago will perform well on the market. But at least one company, Bioware, has a game that, if remade, would almost certainly activate legions of built-in fans. Knights of the Old Republic’s fandom has only grown in the years since its initial release, and the title is ready for an overhaul. If you don’t believe me, just take a look at the success of games that take a page out of KOTOR’s book.

That was probably the mantra when developers were working on the 2007 sci-fi epic Mass Effect. That’s probably why the game takes so many cues from the Knights of the Old Republic, from the combat to the dialogue decisions. Mass Effect, for all intents and purposes, is a more refined KOTOR with many of the bugs ironed out.

Mass Effect has gone on to become a massive hit with each subsequent title, even outpacing Knights of the Old Republic at the height of its popularity. The company that owns the property is preparing to release a definitive version of the trilogy, 14 years after the original game's release.

While not exactly a science fiction title, the Elder Scrolls Series has always taken cues from Knights of the Old Republic. The combat in Elder Scrolls, when played in third-person, can, at times, be identical to the combat in Knights of the Old Republic, particularly when lightsabers are involved. The way the game handles dialogue is another KOTOR callback.

Players are able to establish their character’s personalities by how they interact with NPCs. While the decision to be good or evil may not be as pronounced in The Elder Scrolls as it is in Knights of the Old Republic, with its Jedi versus Sith mechanic, there are options the player can choose to illustrate their evil intent. It’s one of the factors that makes Elder Scrolls such a good substitute for Knights of the Old Republic. It’s the freedom to do whatever you want.

This was, without a doubt, 2019’s sleeper hit. Jedi Fallen Order told the story of one of the last remaining Jedis after the infamous Order 66. It’s a game that doesn’t skimp on the combat while managing to focus on an interesting cast of characters, both on the light and dark side of the force. That’s one of the things that makes this game so interesting. While it’s easy to fall into the trap of characters who are evil just for the sake of being evil, Fallen Order gives its characters a measure of depth, which results in a multi-layered story. Like its KOTOR predecessor, Jedi Fallen Order is the gold standard in Star Wars storytelling.

Another hit, though not as popular as some other titles on this list, The Force Unleashed was a 2008 title that managed to put an interesting spin on the Star Wars universe. While most other stories have the theme of the good guys being corrupted by evil, The Force Unleashed is a redemption story about how evil, dark Sith becomes good. It’s an interesting sight, watching this overpowered main character come to terms with his abilities and his sense of morality. The game is fun, and the story is relatable, which is always a good thing

Often referred to as the fantasy Mass Effect, Dragon Age, much like its science fiction counterpart, shares a lot of DNA with Knights of the Old Republic. You can see KOTOR’s inspiration in everything from the dialogue, combat to how decisions affect the game’s narrative. Critics might find the similarities between these Bioware games a bit formulaic, but there are far more who don’t mind if their success is any indication.

In the case of Dragon Age Origins, the 2009 fantasy game, its success rivals that of Mass Effect. It’s one of the games that built up the goodwill Bioware shared with the gaming community.

Critics accused Star Wars Battlefront of being an incomplete game, particularly when compared to its eventual sequel. While one can make that argument, there is no denying the allure of the original Battlefront game. Stunning visuals coupled with modernized shooter mechanics drew in droves of players. What kept them playing was the opportunity to mow down scores of enemies playing as a Jedi, or Sith, in the game’s multiplayer. Not since KOTOR has the simple act of using a lightsaber to take down enemies felt so cathartic and visceral. Even playing as a non-force wielding character had its joys, again, much like KOTOR. Although the two titles are separated by a little over a decade, their similarities show just how difficult it is for a Star Wars game to come out from under KOTOR’s shadow.

Another fantasy game, sure, but one that expounds on the concept of consequences derived from a player’s decisions. This was one of the most alluring features of Knights of the Old Republic and The Witcher makes judicious use of it. In both games, the players are forced to make choices, the consequences of which are, at times, immediately apparent, while others aren’t so much. It’s possible to play a completely different game from your original playthrough which only adds to the allure of both titles. And don’t worry about Witcher 3 being released in 2015. Like KOTOR it manages to stand the test of time.

Another Bioware title, that isn’t as popular as others. Jade Empire, like KOTOR, is a role playing game that features very similar gameplay elements to KOTOR. Released in 2005, the game features upgraded graphics and slightly less tankish controls than KOTOR, which isn’t saying much since Jade Empire’s controls aren’t that good overall. While the game was never able to garner as massive a cult following as KOTOR, it is still fondly remembered by many, thanks in large part to it’s epic story and clever magic system.

Another game that blends Star Wars with roleplaying elements. Star Wars Jedi Knight: Jedi Outcast, released in 2002, is one of the few tames that predates Knights of the Old Republic. It tells a more linear story about the titular outcast and his travels. While this formula was popularized by The Mandalorian, Jedi Outcast was the first to do this kind of storytelling, and it did so without a Baby Yoda.