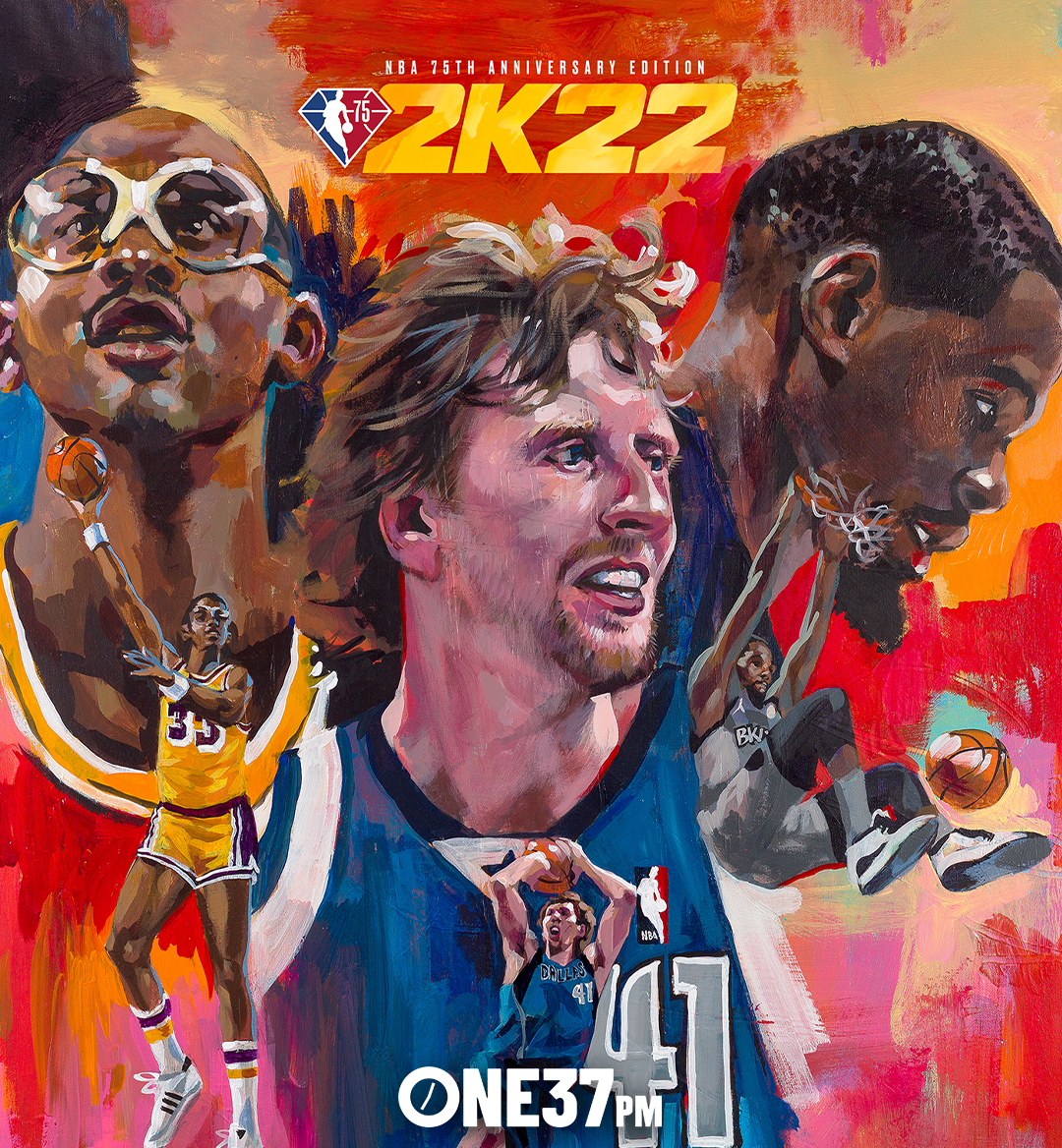 It’s always an exciting day in the sports community when the 2K cover athletes get announced. Today 2K officially confirmed the full roster of cover athletes for NBA 2K22, which features global phenomenon and two-time NBA All-Star Luka Dončić, who will be gracing the Standard Edition and Cross-Gen Digital Bundle, and a trio of the NBA’s most impactful big men- Kareem Abdul-Jabbar, Dirk Nowitzki, and Kevin Durant in a premium NBA 75th Anniversary Edition which will reflect how each has impacted and changed the game of basketball. 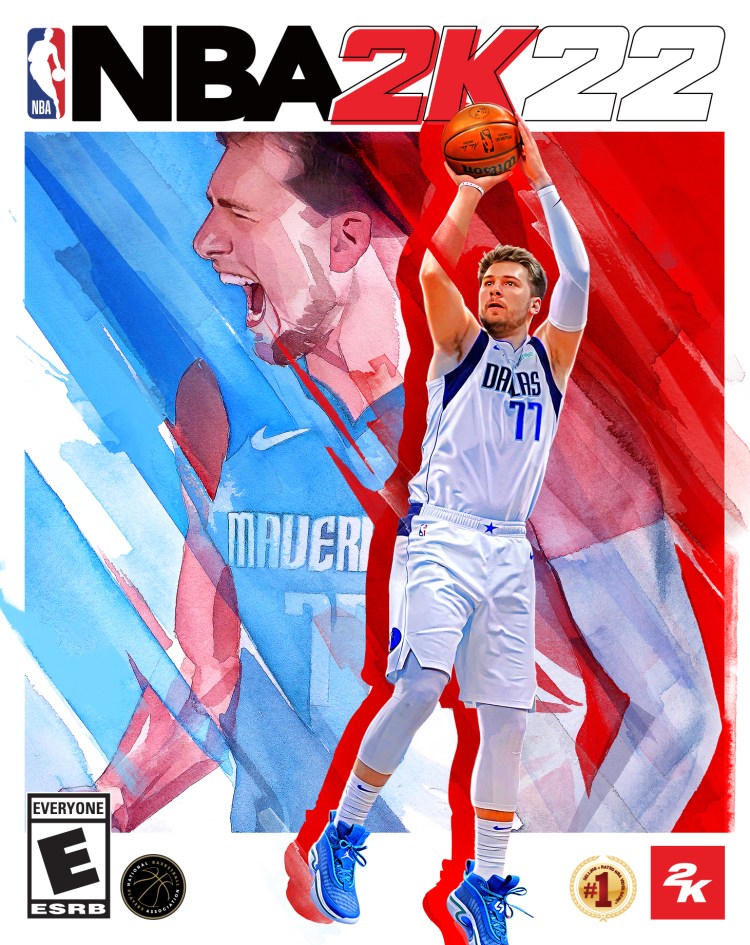 All editions of NBA 2K22 are currently scheduled for worldwide release on September 10th, 2021, and are available for pre-order today. This edition of 2K will feature top-of-the-line visual presentation and player AI, historic teams, and a wide variety of hoops experiences that will give players the ultimate basketball experience.

Making the global cover of NBA 2K22 is special for me. I’m proud to represent my country in a special cover that honors the colors of the Slovenian flag. Basketball has given me so much, and I’m
excited to give back and work together with 2K Foundations this year to help the lives of young kids around the globe.

We know you are pumped and have more questions, so let’s go into a breakdown of what to expect.

● The Standard Edition will be available for $59.99 on previous-gen platforms (PlayStation 4, Xbox One consoles, Nintendo Switch, and PC) and $69.99** on new-gen consoles (PlayStation 5 and Xbox Series X|S);

● The Cross-Gen Digital Bundle will be available for $79.99 and grant players access to the Standard Edition across previous-and new-gen within the same PlayStation and Xbox consoles; 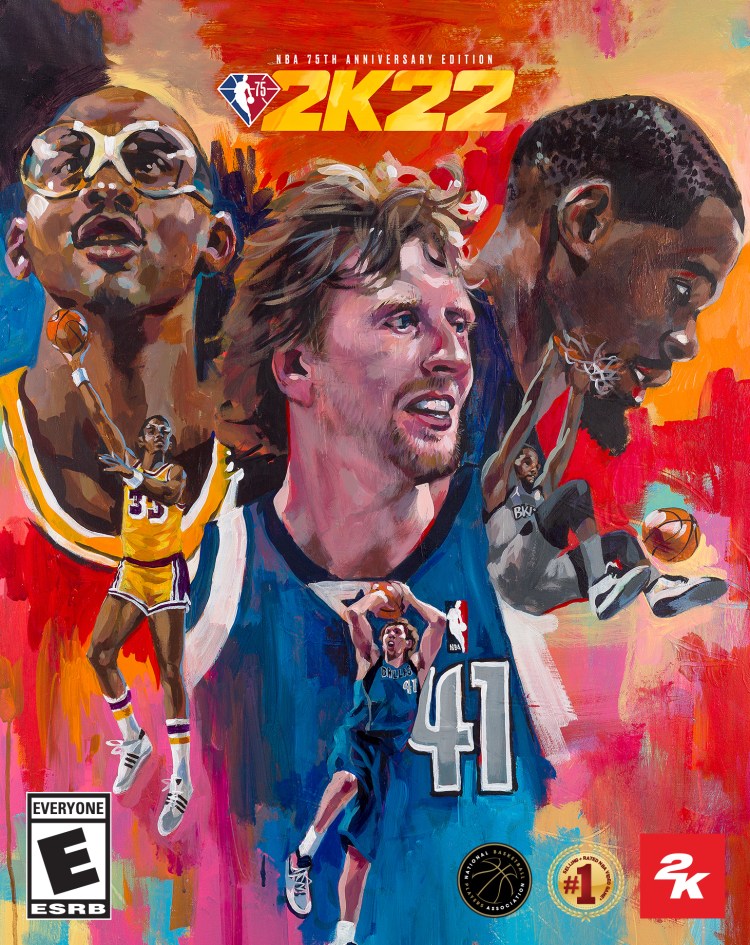 The NBA 75th Anniversary Edition celebrates three of the league’s most iconic big men who revolutionized the league over its 75 years:

● Hall of Famer, six-time NBA Champion and six-time MVP, and all-time NBA scoring leader, Kareem Abdul-Jabbar, a legend who still influences today’s game, from his patented Skyhook to his activism on social issues;

● 14-time All-Star, NBA Champion and MVP, Dirk Nowitzki, embodies not only the global expansion of basketball but also the evolution of the game itself as the prototypical sharpshooting big man;

● 11-time All-Star, league MVP, and two-time NBA Champion, Kevin Durant, a legend in his own right and known for his one-of-a-kind presence in the league, appears for the third time as an NBA 2K cover athlete.

It's an honor to grace the cover of 2K22 with two legends: Dirk Nowitzki and Kareem Abdul-Jabbar. I really appreciate it, another dream come true.

We also got the opportunity to ask KD what his defining video game was growing up.

"Probably 2K. When I first started really getting into playing games almost every day, 2K had just come out with the first one, and Iverson was on the cover. The graphics were just you know, next level compared to what we were playing before, and we were roped in. We saw the future when we turned on that first one. So I would say that was the most memorable moment, playing that over and over, every year." 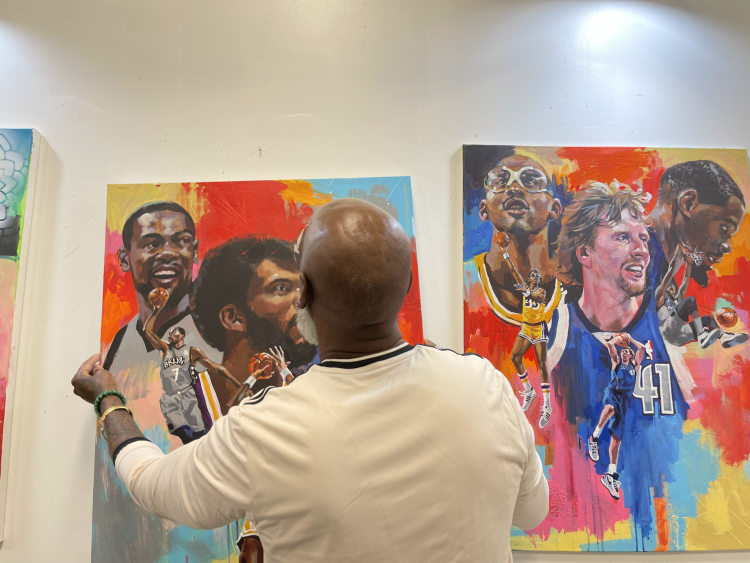 The NBA 75th Anniversary Edition and Cross-Gen Digital Bundle will cover artwork painted by Atlanta-based artist Charly Palmer who is most recently known for his “Civil Rights” series of paintings and compositions titled “America Must Change,” which made TIME Magazine's prestigious cover in July 2020. 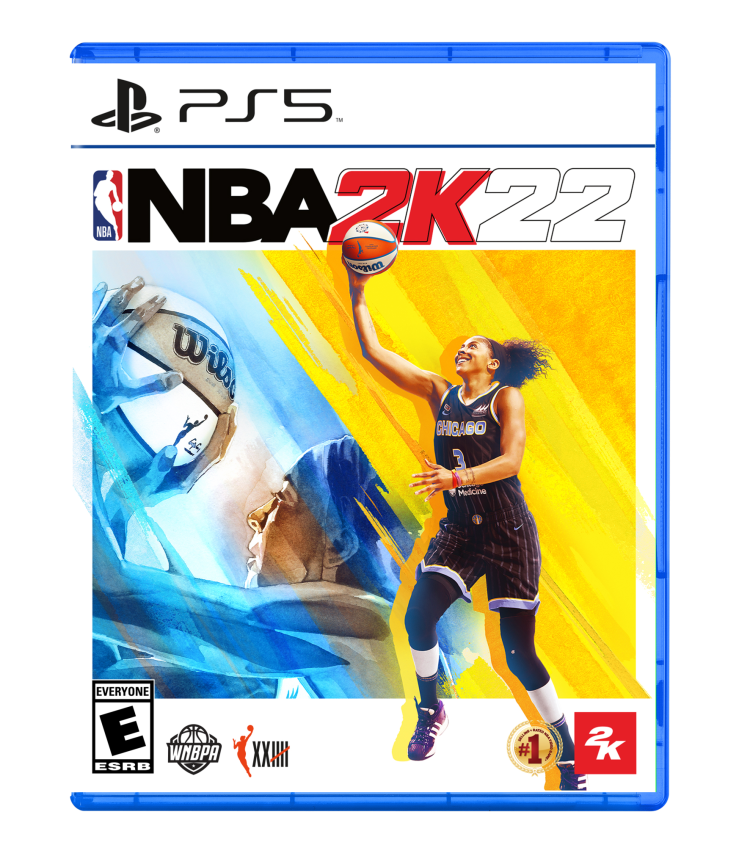 That isn’t all though! In North America, players can purchase a special version of the Standard Edition featuring six-time WNBA All-Star and WNBA Champion, Candace Parker, on the cover which will be available exclusively through GameStop and EB Games. This is a major milestone for the 2K Franchise as Parker will be the first female cover athlete in the history of the franchise.

The Chicago Sky star’s cover feature is just one of the latest steps in ongoing initiatives to feature women prominently in the game. Additionally in Japan, players can also purchase a special version of the Standard Edition that features Washington Wizards Rui Hachimura, a rising star who was the first Japanese player to be drafted in the first round in 2019 and subsequently the first Japanese player to reach the NBA Playoffs.

Be sure to check out the NBA 2K22 official site for a full breakdown of the pre-order details and more info on the cover athletes featured across the different editions of this year’s game, as 2K will also be releasing additional announcements about NBA 2K22 in the coming weeks, including first looks at features, the soundtrack reveal, live service updates, and much more.