The Story of ‘Ooblets’: How a Two-Person Studio Is Making 2019’s Most Charming Indie Game 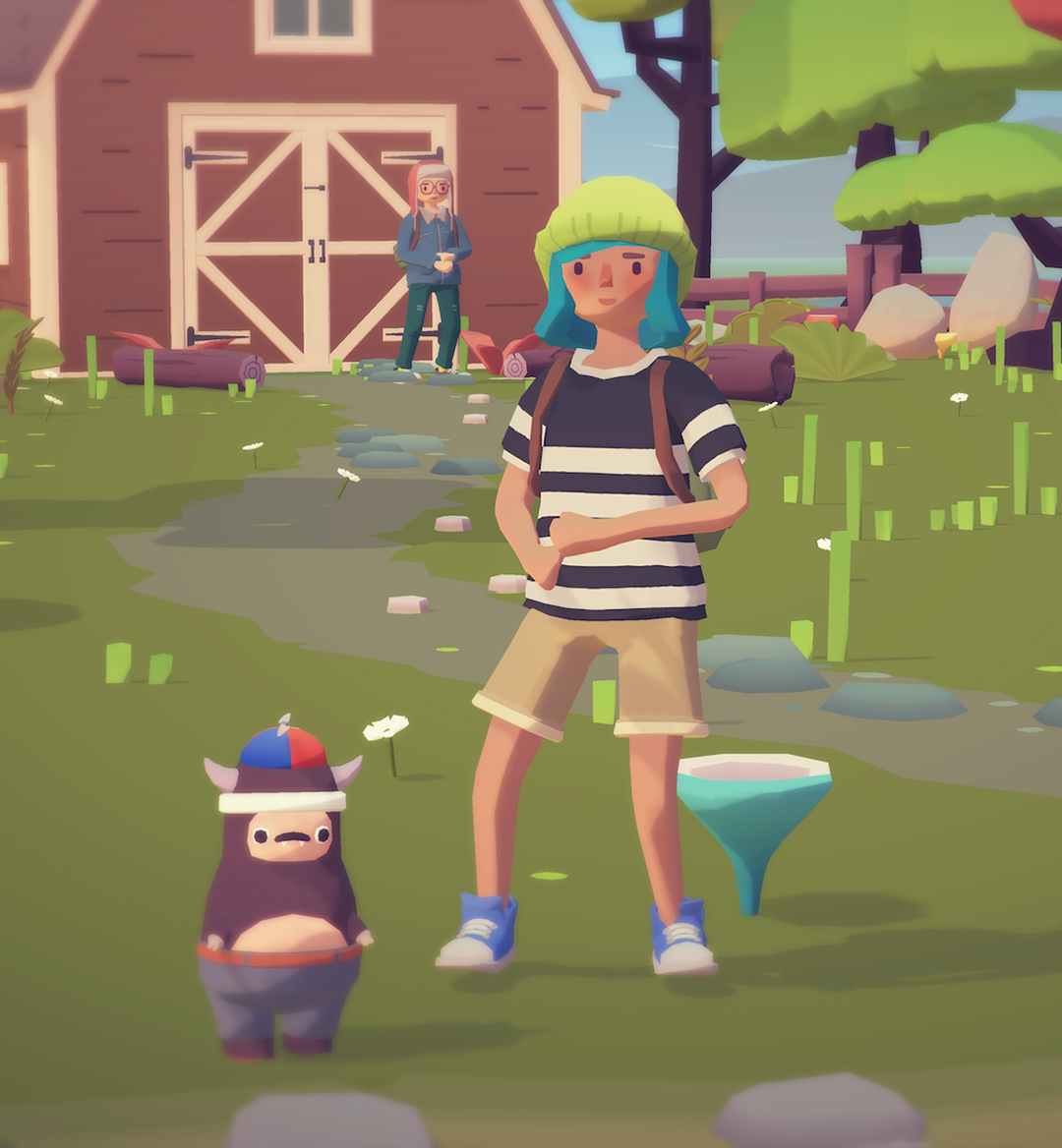 I first stumbled on Ooblets, one of the most purely charming video games I’ve ever seen, while wandering throughout the Media Indie Exchange at E3 this summer. Unlike other demos there, no one was around to present the game to me, so I pressed start, quickly created a character and began grinning from ear to ear. A small crowd eventually formed and I only stopped playing to let others experience it, which was described as an indie "farming, creature collection" game "inspired by Pokémon, Harvest Moon and Animal Crossing."

I left the demo feeling great disappointment, only because I didn’t speak to any of the creators about what seemed like a very special game. So months later I tracked them down to finally learn more. It was an enormous surprise to learn this game was made by a two-person team, a studio named Glumberland, based out of a studio apartment. Glumberland is comprised of Ben Wasser and Rebecca Cordingley, with some art and audio help from few freelancers who are responsible for the whole of this ambitious project. It’s the first fully-featured game either of them ever made.

During my far-too-brief demo, my character was welcomed into a new town and given a house (à la Animal Crossing). Then, she was told she just had to have an Ooblet, so I went into the forest and caught one, which helped me battle others (Pokémon). Then, I found some seeds and planted a garden in my front yard (Harvest Moon), which turned into more Ooblet friends. This description does only a little to justify how disarmingly adorable everything is in the created world. The art design is so friendly, the Ooblets themselves are incredibly endearing and there is lots and lots of dancing.

“We were originally working on another game called IT Simulator but we were facing a lot of issues with how it was turning out, so as a way to let off some steam, we took a weekend to put together some little art tests for this other idea I had,” Wasser told ONE37pm, with Cordingley adding, “We really didn't think we were going to go through with making Ooblets because it was such a huge game for a two-person team. But those first couple art tests I posted got so much more interest than our IT Simulator stuff that we decided we'd continue and try to make both games at the same time, which in retrospect sounds ridiculous.”

Without knowing the scope of their first project, creating two games does seem like a lot to take on considering all that is included in Ooblets. The many systems at play, the seeming depth of crafting your own experience and the large number of ways to customize your character, house and Ooblets all would be a substantial amount of work for even a medium-sized team. Both Wasser and Cordingley circled around the industry working semi-related jobs before jumping headfirst into Ooblets. Wasser, who is doing the design and writing for the game, previously worked as a software developer. He also taught himself how to program, specifically to make games. While Cordingley previously worked with UI design and art, she taught herself to code at home and is responsible for the programming and art in Ooblets. 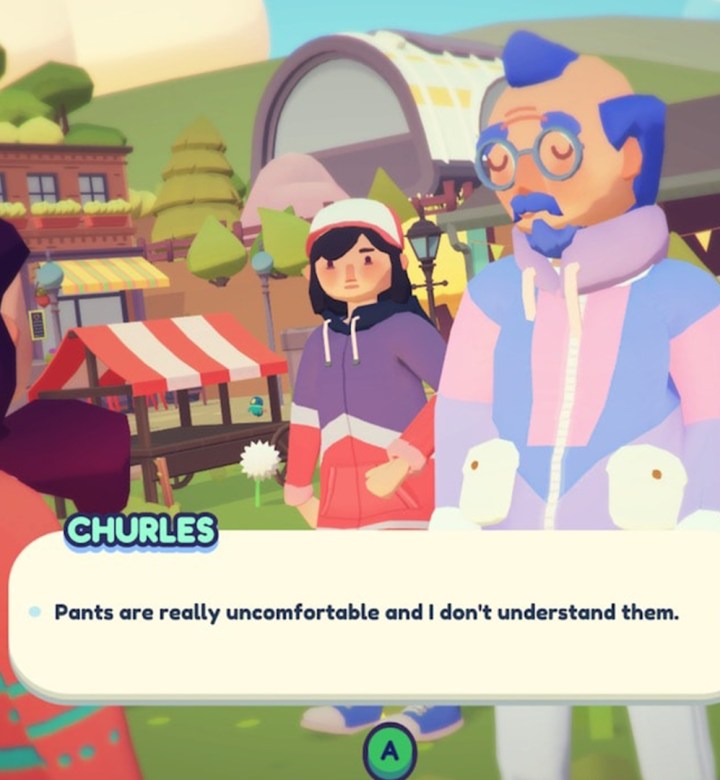 The big Triple A games these days, like the upcoming Assassin’s Creed: Odyssey, are made by studios comprised of hundreds of people in locations all over the world. But over the past decade, there has been a surge of games made by small studios, some comprised of only one person, like the creators of Stardew Valley and Donut County. The growth of Steam and the availability of independent games has provided a large amount of confidence for aspiring game developers to take the plunge and quit their jobs to pursue their passions. In fact, Cordingly told PC Gamer that the runaway success of Stardew Valley inspired her to quit her job in late 2016 and focus on creation. A year later Wasser was in a position to follow suit.

The small studio game development scene didn’t just inspire devs like Glumberland to follow its passion, it has also spawned a growing network that has certainly helped Wasser and Cordingley with advice and support. “We've learned so much by following along with and getting advice from the lovely developers of games like Stardew Valley, Cuphead, Mineko's Night Market, Slime Rancher, Transformice, Overcooked… The list is actually really long, but we seriously appreciate everyone who's given us advice and been welcoming to us. So if we fail, it's all on them."

The choice for Glumberland to remain two people didn’t seem like much of a choice at all, rather a financial constraint and a chance to keep the artistic license. But that doesn’t mean it hasn’t come attached with its own challenges. “The biggest challenge has been the feeling of uncertainty in all our decisions,” Wasser said. “A lot of our business decisions are pretty uninformed, but we're learning all the time. From a creative perspective, only answering to ourselves and not having to take every decision to a committee has let us take a lot more risks and do things in goofier ways.” 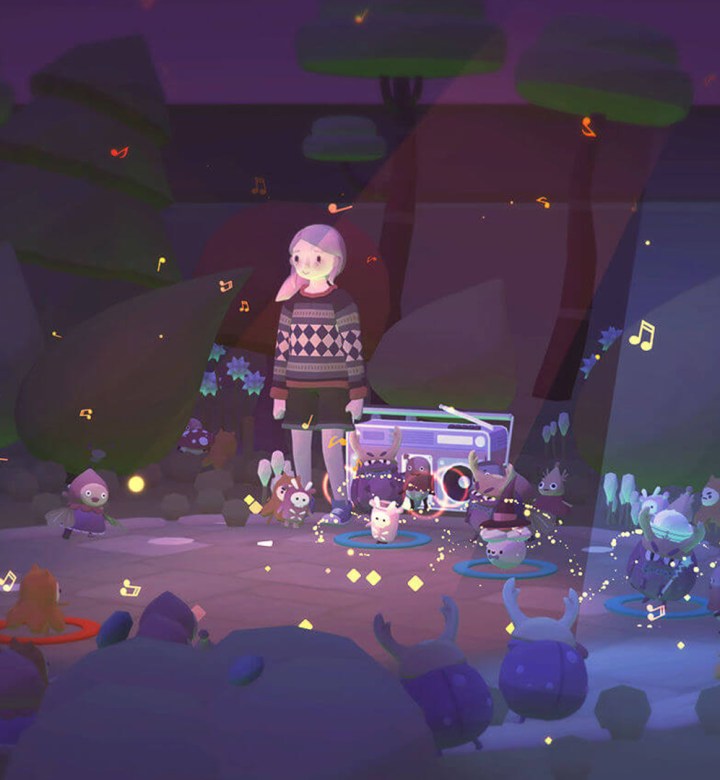 Those “goofier ways” can be easily tracked throughout the development in the game. The demo I played during E3 had your collected Ooblets battle against other Ooblets in a very Pokémon-esque style, trading various attacks. However, Wasser and Cordingley announced a new overhaul of the mechanic. Instead of trading jabs and slashes, now Ooblets compete in dance battles. It’s one big example of the flexibility and artistic control the two have been able to hold on to with such a small team.

“I think it was largely driven by our fanbase who seemed to latch onto the bits of incidental dancing they saw in our trailers and GIFs and sort of expected it to be a part of the gameplay,” Wasser said. “The whole game is super friendly and cute, so it made zero sense that you were physically fighting your cute creatures against one another. Switching over to dance battles was honestly a pretty easy decision.”

Outside of the limited network of other small studios, game development can still be an isolating process, especially with only two people steering it forward. That’s why the Glumberland duo made the early choice to harness the immense, though treacherous, power of building an online following. Along with the increased exposure and opportunity small developers have been able to find online, the Wild West of crowdfunding has also led to its own perils. A Kickstarter success has transformed into an albatross around the necks of many small studios who promised big but didn’t meet their rabid fans’ expectations. Double Fine, a notable developer and publisher, had one of the first big crowdfunding scandals with its game Broken Age. Double Fine is now publishing Ooblets. 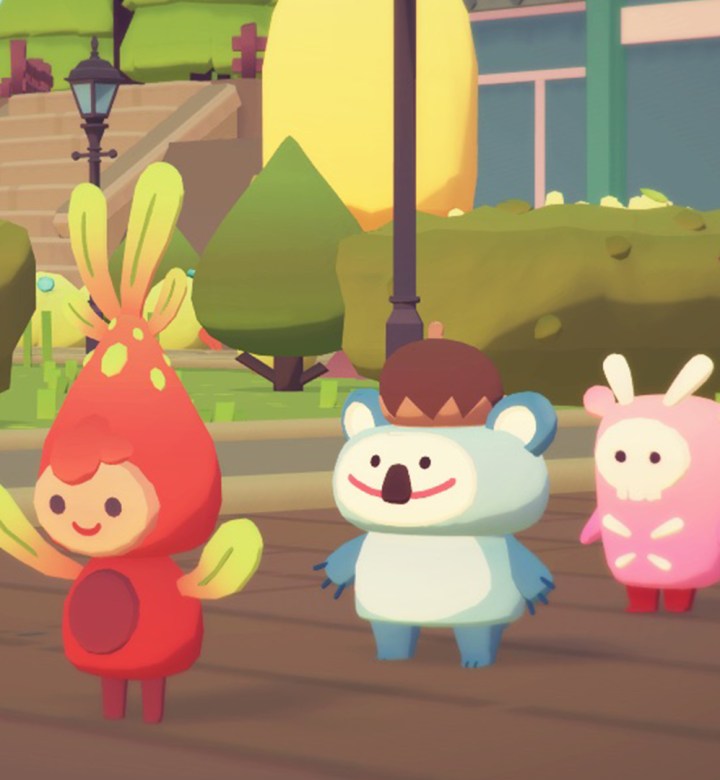 “There was a lot of discussion about doing a Kickstarter, but we felt Patreon would be a bit less pressure,” Cordingley said. “Running a Kickstarter sort of changes the relationship between fans and devs into this situation where it's customers waiting on their orders. We're also not very experienced so there were probably a lot of ways we could have let people down or underestimated various parts of running a campaign. My Patreon is more like inviting people along with our journey to create Ooblets, and it's been super supportive and positive.”

Cordingley’s Patreon allows users to pledge the monthly fee of their choice to receive behind-the-scenes access and rewards (such as pictures of their cats). And it does seem like a friendly place that regularly updates with blogs on the evolving art and her programming process. As Wasser puts it, their success in online community building has really been informed by the type of game they are making.

“It helps that Ooblets is the sort of game that attracts people who are empathetic and understanding,” he said. “There were still some upset folks when we announced some changes to things, but overall, the more we openly communicate with the audience, the more they'll see the reasoning and considerations that go into our choices.”

The game will initially be released for Steam and Xbox One. And though a launch date is still to be determined, they are aiming for an early 2019 release.

“[Early 2019 is] more of a goal than a strict estimate,” Cordingley admitted. “We really want to release as soon as we can, but there's still a lot of work to be done. I imagine once we do our initial release, not much will change for us since we'll still be working on and adding to the game full time for as long as we can.”

Glumberland defines the modern opportunities for passionate game developers to realize their vision and build a community online. It’s a case study for how a charming idea can go far with limited resources and commitment. All that’s left is to see whether the game is any good and lives up to my very fond memories of playing it in the open Los Angeles air while my cheeks hurt from smiling. But no pressure on that.