From startup culture to gun violence to Trump, this game embodies the singular culture that created it 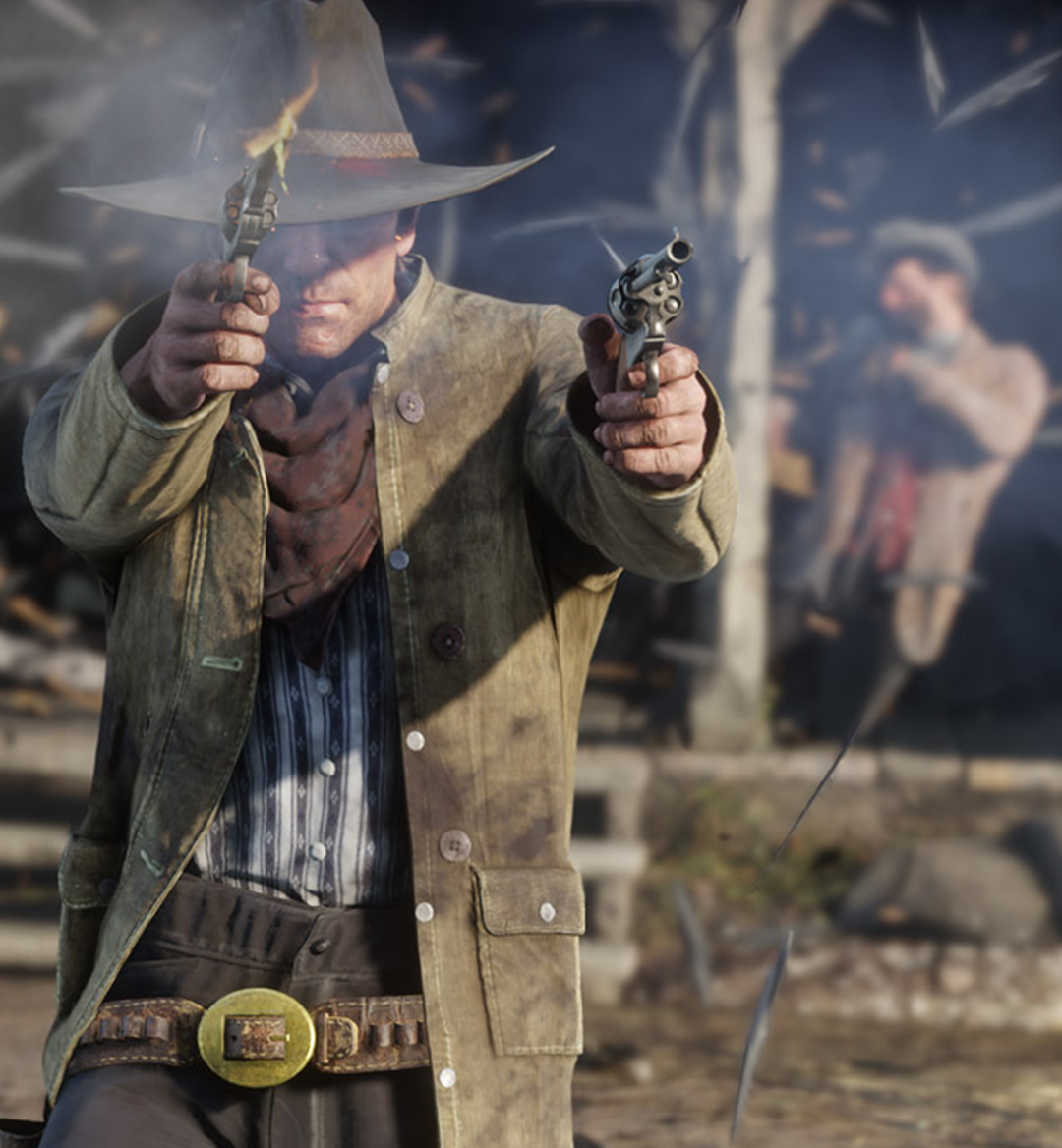 Art mirrors the culture that creates it. And Red Dead Redemption 2 is one exceptionally clean mirror that lets America have a good, long stare at itself.

Rockstar’s first game in five years sauntered through the world’s rusty saloon doors last week and received universal acclaim. It’s an enormous open world western with a sweeping story and an incredible amount of things that a player can do. There’s a reason it broke the record for the biggest opening weekend in video game history.

It’s an outlaw game. It’s a game about forming an unconventional family. It’s a game that lets you live out your Wild West fantasies. And I argue that it is an extremely American game. It not only showcases the best and the worst things about the classic American dream, it also boldly displays where we currently are as a culture.

Red Dead Redemption 2, just like the American culture surrounding it, wallows in its freedom. The game constantly celebrates the empowerment of following your own path, of having the irrevocable right to live as you wish and, most importantly, existing in a world that expects and encourages this level of freedom. 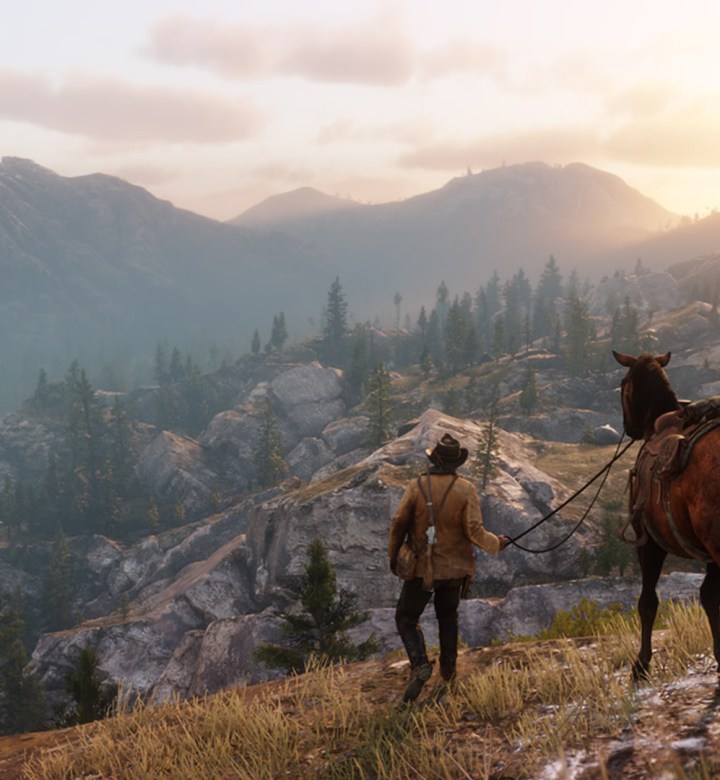 The idea of American liberty and freedom sprung, of course, from first seeking freedom of religion, then refusing to do what some far away king demanded. Early Americans congratulated themselves for the heartiness that it took to tame a “savage” land (genocide). They then determined they were special and were due the whole continent (Manifest Destiny). This pioneer idea was cemented in the idea of the Wild West and it is in every single part of Red Dead Redemption 2.

The video game counterparts are everywhere. Characters are always concerned about Pinkertons, security agents representing the far away federal government tamping down on local independence. Your gang fervently believes that they are exceptional, intrinsically better than every other gang, and thus due every bit of the spoils. And you, as a character, have total control over your actions, your approach to justice, with little fear of any lasting consequences.

The open world aspects in Red Dead Redemption 2 also compound the game’s lust for freedom. The interactivity and customization options are remarkable. You have command over everything from how long you want your muttonchops to grow, whether you will chop wood for your camp, or whether you will clean your weapons. You even get to choose whether to brush your horse or not. It all heightens the experience that you command your destiny, that the world bends to your will, that consequences are yours.

At its core, the game wants to be symbolic of a rugged American individualism. You are forged in the fires of wild sage brush, cauterized in bathtub whiskey and divinely, singularly blessed with the gift to hold it all together and shoot straight at whatever your deadeye aims. While that all lines up with American ideology in days long gone, Red Dead Redemption 2’s fixation on freedom is also extremely modern. It’s no hidden fact that a deep libertarian vein has opened in the culture over the past few decades. 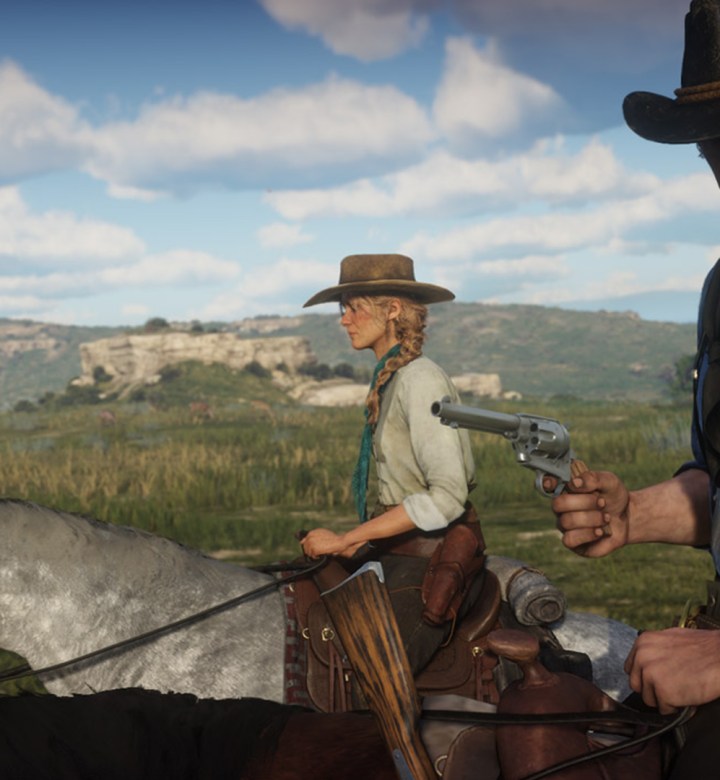 American history in the 20th century was once heavily defined by the country rallying together as a singular entity at the expense of some personal liberty. The WWII war effort, the New Deal and Social Security, large government infrastructure projects like the interstate system, the rise of labor unions, the notion that you would work in one company for the rest of your life—all of these were emblematic of a shift away from that rugged individualism and toward a collectivization of identity.

The culture has swung back hard. The rise of the gig economy, foreign policy isolationism, sharp divisions around political identity, disruptive startups, electing a president who puts his name on everything he can, are all symptoms of a shift back to the idea of an America dominated by the freedom of individual interests superseding everything else. With that would naturally come an interest in experiences that highlight, romanticize and encourage this type of sturdy individuality. Enter Red Dead Redemption 2. However, what the game does not do, also like much of the American culture, is wrestle the real consequences of the freedom it loves so much. “You’re out to survive,” John Marston, a side character in this game, says to a captive of a rival gang. “We’re out to live free.”

The game, like America, has no real desire to investigate how such complete self-determination could be harmful. Rather, there is a sense of a complete human right to it. While the game does give you the option to donate food, medicine and money to your camp, it’s not mechanically necessary. If you decide that the openness of the Red Dead Redemption 2 world deserves more of your time than your posse, they will be just fine. Everything works out for everyone no matter how individualistic you choose to be. You can steal someone’s horse, find a town, shoot the sheriff, and erase all consequences of your actions by paying a fine, easily recouped with further mayhem.

Of course, this is a game, meant to offer a dopamine fix based on achievement and results. It never purports to be real life. However, from an artistic perspective, as well as a sales perspective, it aims to attract something intrinsic to the game’s audience. It clearly wants to provide a scenario that romanticizes a lawless landscape. The psychology of that inclination goes beyond a simple serotonin fix. It says something telling about the culture it’s trying to court. 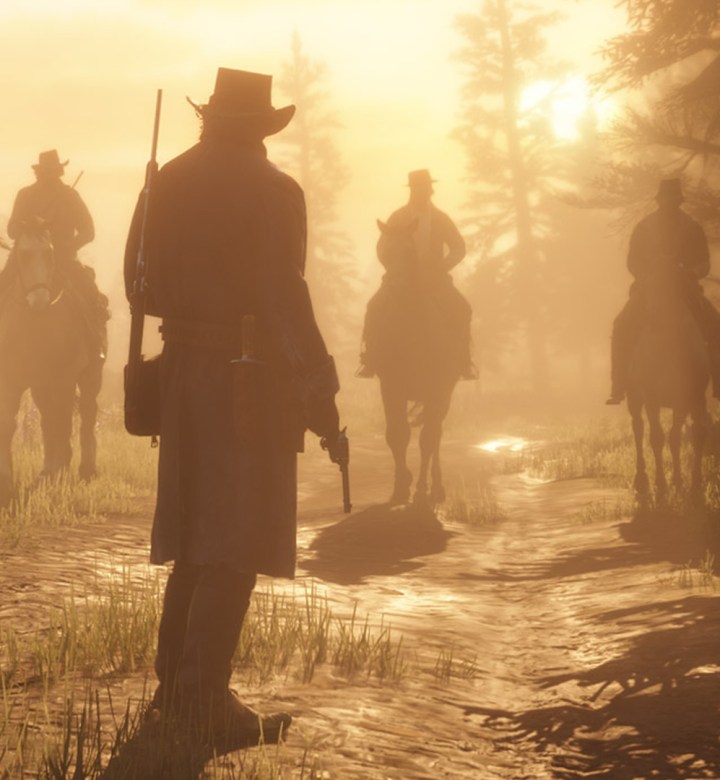 Red Dead Redemption 2 is a record-breaking cultural force. It has to tune into something within its base to inspire sales and followers. That something is the promise of playing a character who lives free in a lawless world, in a broader society that encourages that type of freedom.

This sort of fetishizing the American identity is nothing new for Rockstar Games. The Grand Theft Auto franchise is constructed around satirizing and exaggerating the violence and hustle of American myth. The difference with Red Dead Redemption 2 is that the satire is so dramatically toned. This is a game that wants you to live in its shoes, to care about its people, and to have you embody a lifestyle. It’s romantic and a western fantasy, but it also strives for reality.

None of this is an indictment on video games, the violence in them or freedom itself. Rather, playing Red Dead Redemption 2 made me realize how much it mirrors the American lust for freedom and disinterest in the ramifications. We can learn a great deal from studying ourselves through this lens. Where does our insistence on absolute freedom come from? What terrible things can spring from it? What is our moral obligation to limit our own freedom for the sake of a better life for ourselves and those around us?