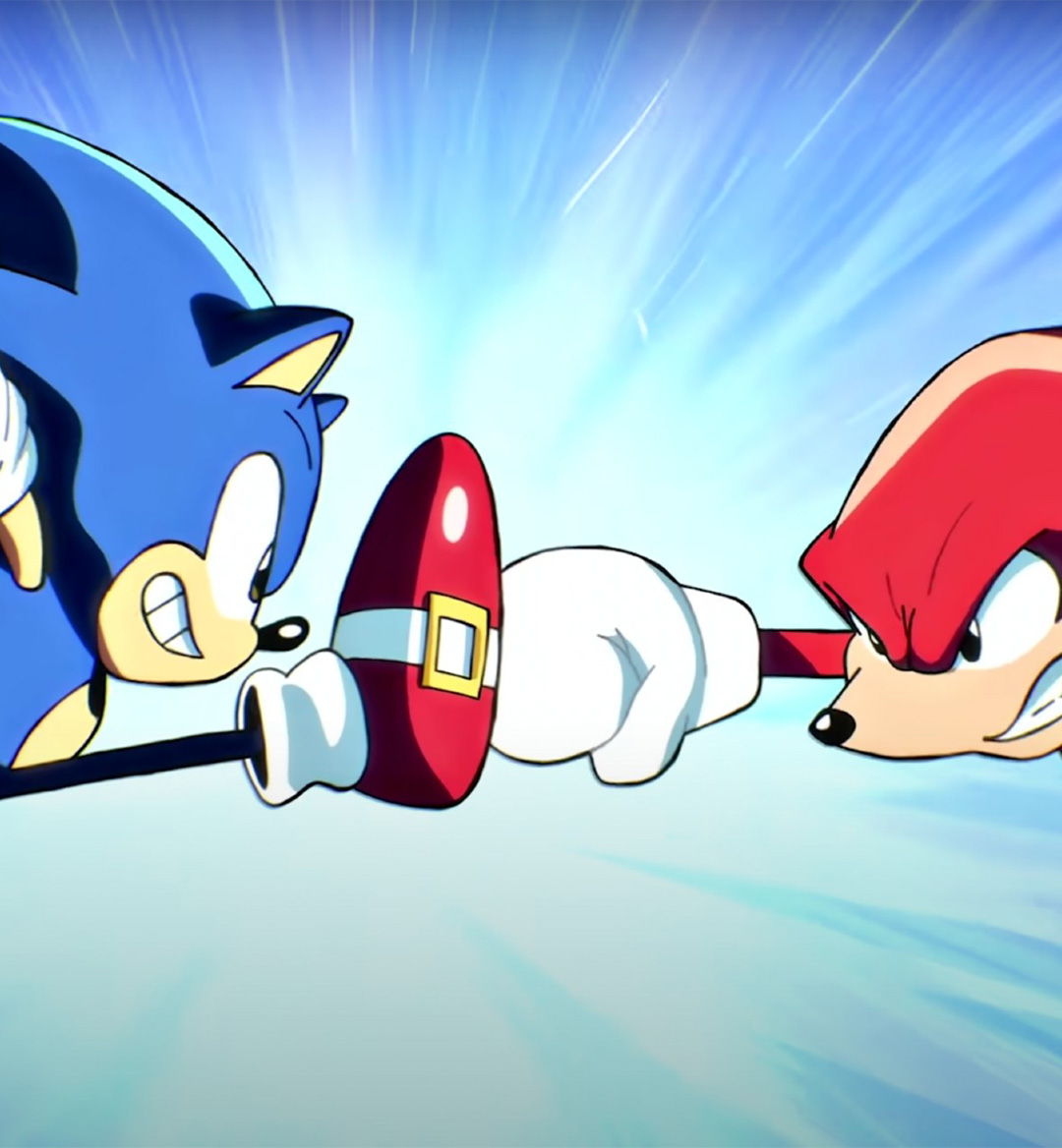 Sonic the Hedgehog is my favorite anthropomorphic platforming hero in all of gaming. Ever since I heard the opening notes to the Green Hill Zone theme and ran at a ridiculous speed through the lush green locale, my infactuation with Sega's most recognizable mascot has been maintained through the years since. There's been plenty of ups and downs during my ongoing decision to be a Sonic megafan. And there's certainly been a countless amount of times where Sega has ported over Sonic's 16-bit adventures via collections. I still vividly remember the Sega Genesis Collection, Sonic Mega Collection, Sonic Gems Collection, Sonic's Ultimate Genesis Collection, and Sega Genesis Classics compilations. This time around, Sega has opted to honor the "Blue Blur" by compiling his finest 16-bit journeys into a celebratory assemblage. So without further ado, here is my Sonic Origins review. 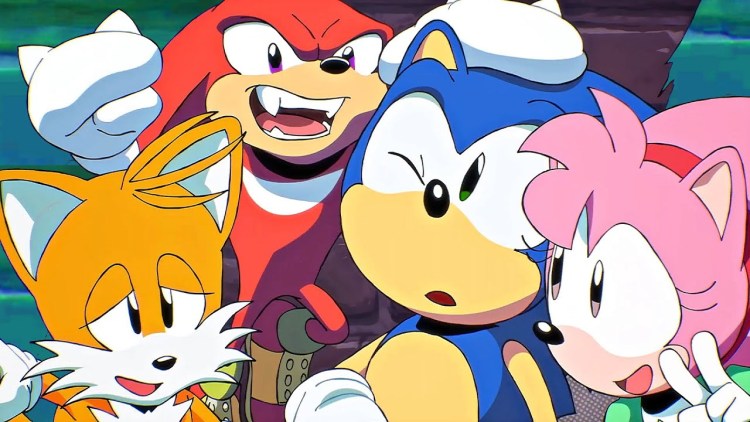 This retro return to Sonic's glory days compiles Sonic the Hedgehog, Sonic the Hedgehog 2, Sonic CD, and Sonic the Hedgehog 3 & Knuckles. That final game in the collection ended up getting quite the special treatment, as it was remastered thanks to the development work of Sonic Mania's Simon Thomley. I love all of the games that have now been made available for modern consoles within this all-encompassing assembly of classic Sonic titles. But I'd be remiss if I didn't mention how a slight tinge of disappointment sets in when you think about the omission of some noteworthy 2D Sonic platformers from this collection. It would have been amazing if Sega and Sonic Team made a valiant effort to also include Sonic Spinball, all three Sonic Advance games, and possibly even Sonic Rush and Sonic Rush Adventure. Including those side-scrolling greats as unlockables would have truly made this collection more worthwhile and done more to showcase the evolution of Sonic's "gotta go fast from left to right!" formula. But sadly, that wishlist of games is nowhere to be seen here. 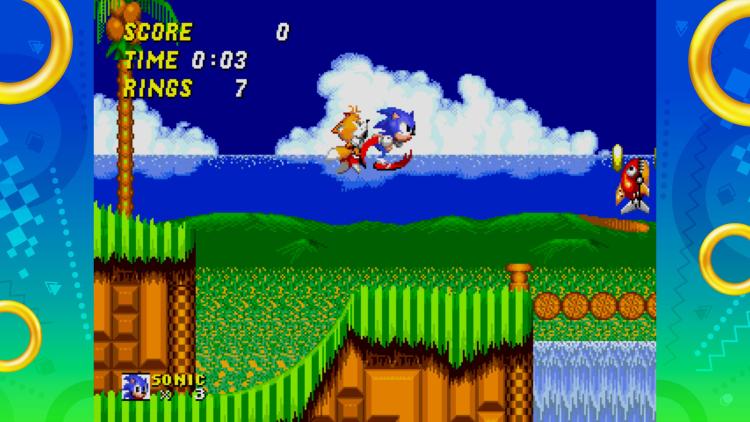 Even with that lacking list of games I would have paid extra dough for not being included within Sonic Origins, I was still left largely satisfied by what's in play here. I still have a ton of love for Sonic 2, Sonic CD, and Sonic 3 & Knuckles, so I certainly had so much fun returning to them for the umpteenth time. What makes the overall experience of playing every game even better this time around is the debut of "Anniversary Mode," which forgoes the element of limited lives and instead adds in an updated 16:9 screen size, unlimited tries, and a coins collection system. Being able to play through the headache-inducing Labyrinth Zone from the first Sonic game without any fears of being forced to see a Game Over screen is a great feeling to have. While I lament the fact there's no rewind or quick save feature to speak of here, I'm not too upset with those missing features since the entirety of Anniversary Mode makes up for them.

Now if you'd like to play each game in its original limited lives and 4.3 screen size form, then "Classic Mode" is there to fulfill that desire. It's definitely cool of the developers of this collection to offer both veterans and younger first-timers who've seen the Sonic films to enjoy his classics any way they prefer. What's even cooler about each game are the other modes attached to them as soon as you load Sonic Origins up for the first time - "Boss Rush" is available for each title, plus Sonic 3 & Knuckles also lets you hop into the lively "Blue Spheres" bonus minigame whenever you please. I got way more enjoyment than expected out of those side modes, that's for sure. 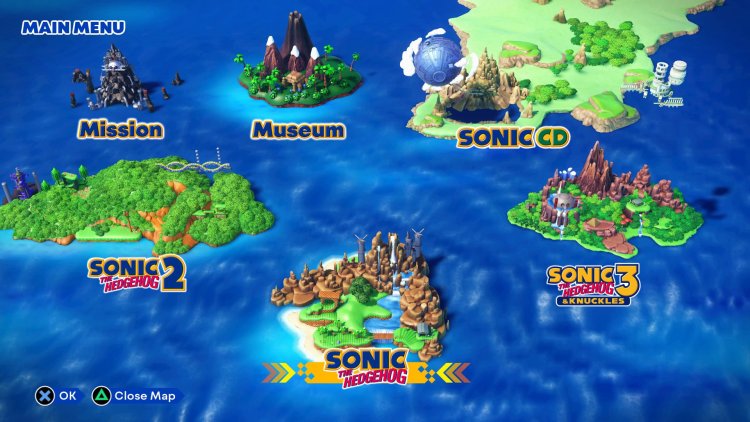 Another debuting portion of this collection that I appreciate is the "Mission Mode." Every game that's a part of Sonic Origins now comes with a long list of all new challenges that test you to complete them as fast or efficiently as possible. The replay value of this collection is magnified thanks to the presence of these bite-sized missions that start off simple enough (defeat five Caterkillers and reach the goal) and quickly reach the maximum level of difficulty (pop 20 balloons within 1:30). It became quite the addictive activity to hop into each mission, try to achieve an S ranking, and leave with enough coins to buy more content from the Museum. Speaking of the museum, there's such a great selection of sounds, illustrations, and movies to bask in for hardcore Sonic fans. I certainly enjoyed building out a playlist of my favorite tracks from each game and even listening to some "premium" additions. The brand new animated intros and outros for each game, the classic art stills, and live orchestral performances make going through the museum unlocking everything a must. 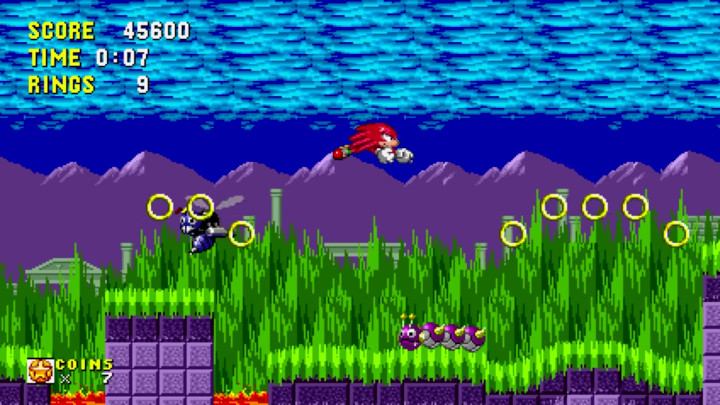 Not everything about Sonic Origins is worth commending, however. The biggest heartbreaker of it all lies in the missing Sonic 3 songs that have long been rumored to be connected to Michael Jackson's involvement with the original game's development. My jaw hit the floor (and not in a good way...) when I listened to the inferior tracks that have now been put in place for the Carnival Night, Ice Cap, and Launch Base Zones. I realize there are tons of copyright and other legal issues preventing MJ's original tracks from being featured here. But it still hurts to not be able to jam out to those unforgettable songs. I just wish Sega would have taken even more steps to secure those songs instead of excluding them altogether. It just wouldn't feel right to do a Sonic Origins review and not mention that glaring omission, folks.

All in all, Sonic Origins has a lot going for it. It features Sonic's finest 16-bit romps and expands them via additional modes that make playing them a far more enjoyable experience for young and old fans alike. The new cutscenes and a treasure trove of content included within the museum also stand out as nice bonuses worth checking out. Sadly, the exclusion of Sonic 3's dopest tracks and the lack of more worthwhile picks from Sonic's 2D platforming days hamper this collection greatly. This classic collection is a nice celebration of the hyperfast hedgehog's past, but I just wish it offered so much more. And that my friends is the final word on my Sonic Origins review.

The 16 Best ‘Sonic the Hedgehog’ Games

The 20 Most Underrated ‘Sonic’ Games

The 40 Best Beat 'Em Up Games of All Time