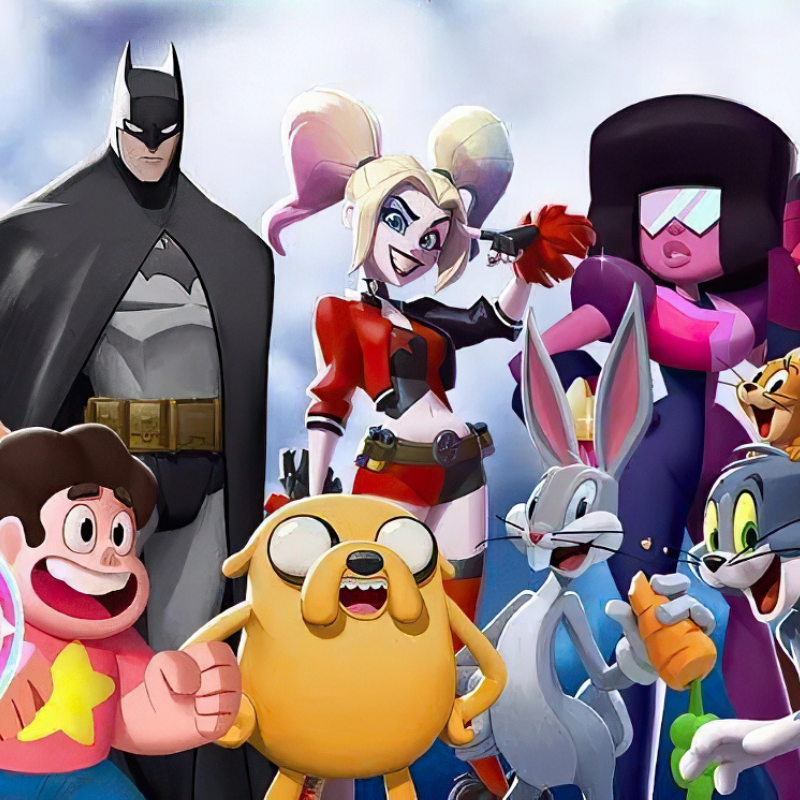 There's no topping the greatest crossover brawler ever, Super Smash Bros. Everyone knows that. But there's still plenty of room for alternatives, especially if they're as fun as Player First Games and Warner Bros. Interactive Entertainment's MultiVersus is. MultiVersus is an upcoming free-to-play fighting game that throws characters like Batman, Arya Stark, and Velma Dinkley into battle across various stages, where each combatant attempts to knock their opponents out of bounds.

So, the elephant in the room still needs to be addressed. Yes, at its core, it’s pretty much exactly like Super Smash Bros. and its various iterations. So much so that you could call it a complete ripoff, but here, that’s not a bad thing. After spending some time with the Closed Alpha, I’m pleased to say that MultiVersus goes a bit deeper than that – and it’s actually fun to play. It shouldn’t be difficult to make a game like Smash that you actually want to play, but alas, it is, considering how many titles have failed and attempted to recreate the formula.

So much so that MultiVersus being entertaining comes as a pleasant surprise. Here's my MultiVersus preview. 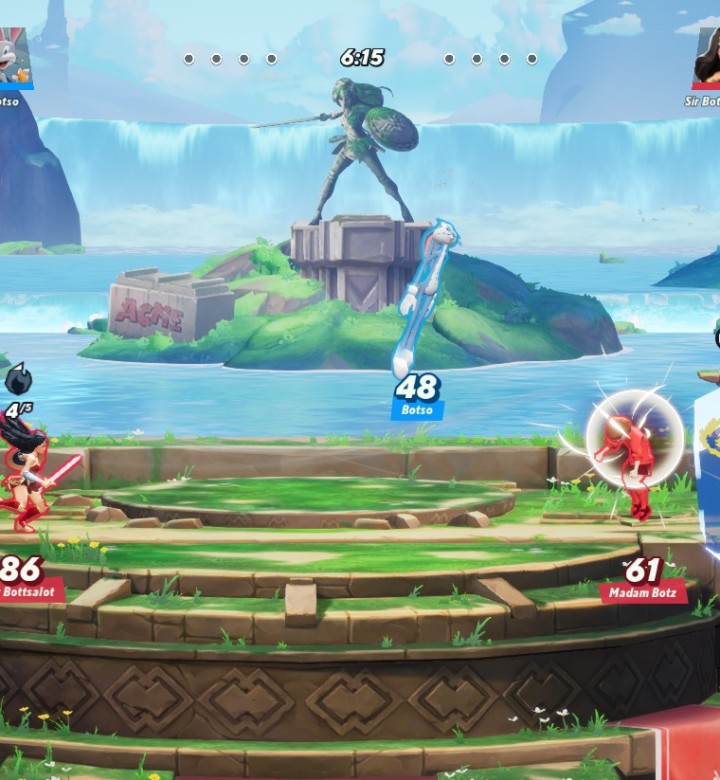 You start off by completing a lengthy tutorial that shows you the ropes and lets you unlock a character right off the bat for your trouble (Wonder Woman). From there, the game is happy to hold your hand and teach you how to pull off the various movesets for each character as well as default controls you’ll need to know if you want to survive. There’s a wide variety of movements to pull off, with satisfying combos, aerial moves, and even special abilities for certain characters to pull teammates back from the brink of falling off the map. It goes much further than you may be imagining, which I found refreshing.

After you complete the tutorial, you can jump in and choose a character. Currently, there are 15 known playable characters in MultiVersus from across eight different Warner Bros. Discovery-owned franchises. That includes the DC Universe, Looney Tunes, Game of Thrones, Adventure Time, Steven Universe, Scooby-Doo, The Iron Giant, and Tom & Jerry. That means you can pit Batman against Superman, Finn the Human against Shaggy Rogers, Tom & Jerry against Bugs Bunny, and so on. Each have their own variants with different costumes and palette swaps for when you fight against other characters, and you can unlock those as you play. 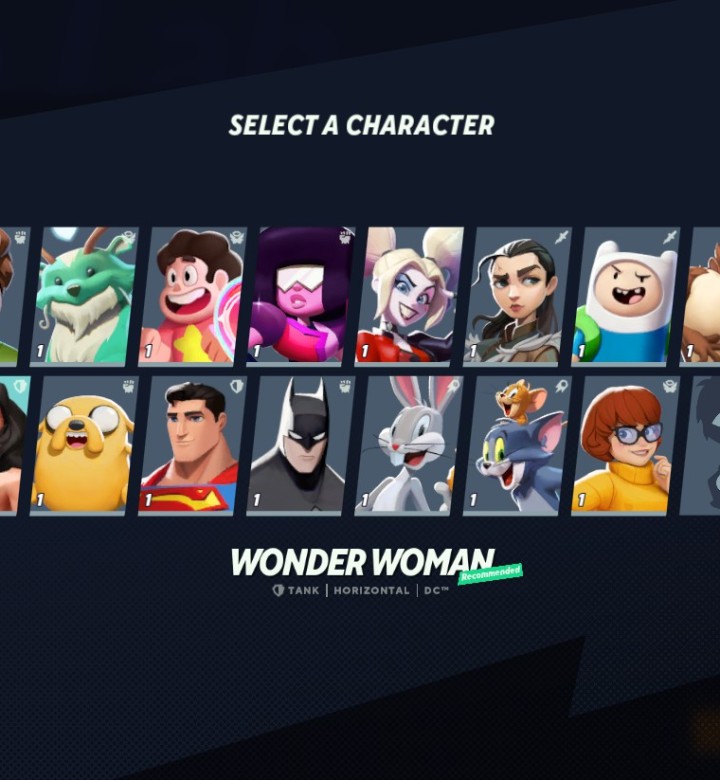 Each character has a variety of different attacks and specials they can pull off, from wonder Woman's AoE Amazon Shout ground attack to her Lasso of Truth projectile or Harley Quinn's Batter Up! baseball bat swing. They're all quite easy to pull off and memorize, and tailored to each character's respective franchise or series. I appreciated that they weren't just generic attacks assigned to everyone. Play online modes like 1 vs. 1, Teams, Co-Op vs. AI, or Free-For-All. You can play with real people or bots, which I appreciated very much because I don't always want to connect to a game online or play with people who can stomp a mudhole through me when I'm just starting out. Alternatively, you can set up a Practice game or a Custom game. 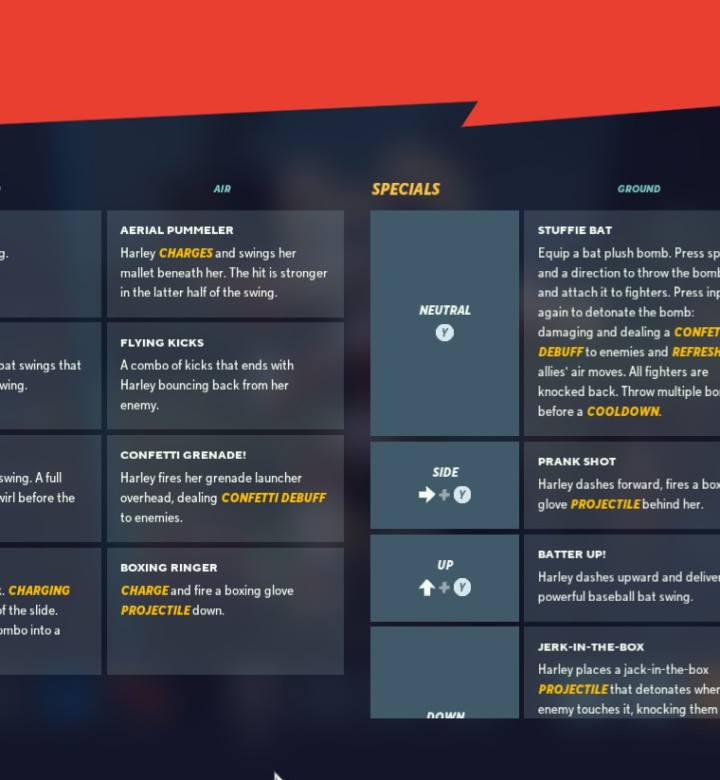 If you try to engage in matchmaking and no one connects, you'll get filtered into a game with bots to get you going. I was so thankful to see that I wasn't being forced to wait forever and I could get right into a bot game instead of simply not having the opportunity to play. All games should have bots, but I digress.

The more you play as each character, the more you'll unlock. You accrue XP from each match, which will be assigned to the fighter you played as. Spend all your time as Taz, and you'll level him up quickly. There are various mastery tier levels to unlock, and as you earn enough XP to snag them, you'll be rewarded with everything from emotes to Perks, which you can equip at the beginning of a game. So if you choose a main early on and keep playing with that character, you'll reach new mastery levels quickly. Your rewards are more goodies to keep you in the game, which feels good -- and costs you nothing. 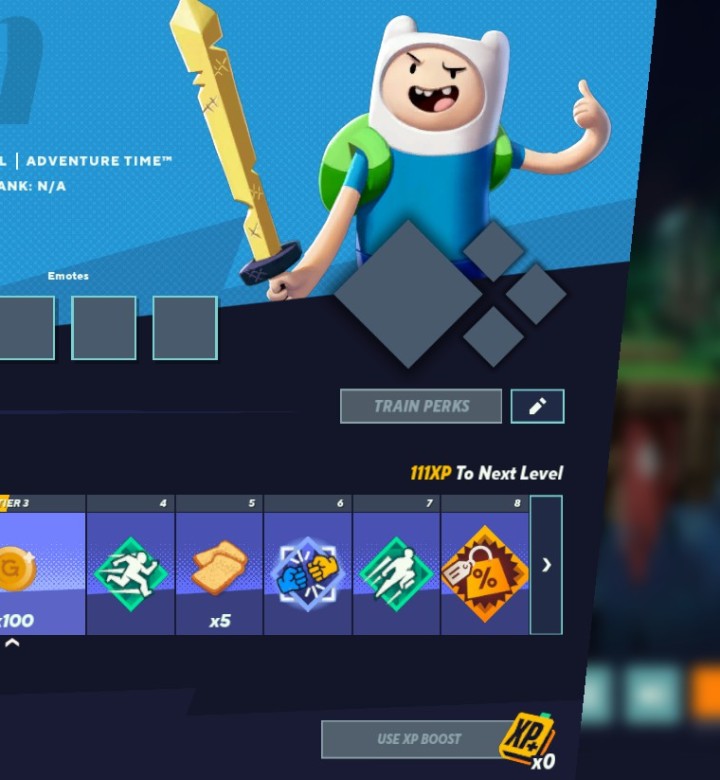 As you jump into games, you can complete Starter Missions when you first jump into the game, like "Play 5 Matches" or "Accept A Rematch in Teams or 1 v 1" to earn gold and XP. These will all go a long way toward helping you unlock new goodies, and other items that you can equip your characters with, like Perks and emotes. Perks can be equipped ahead of matches and can give you a leg up on the competition. It's good to save these for when you think you might be in for a particularly difficult match, and they can often turn the tide of battle, at least they did for me. Stock up on them when you can and save them if you think you're in for a tough fight. 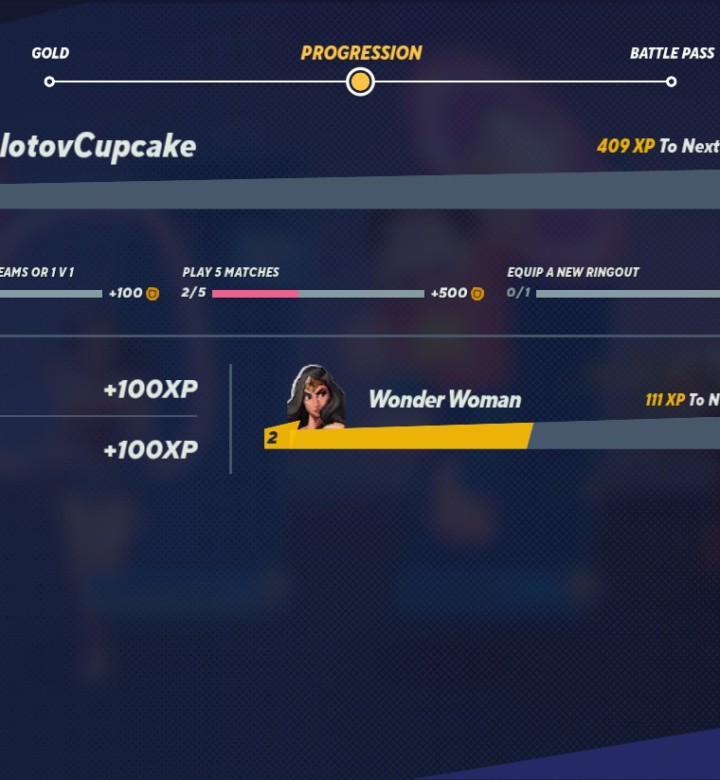 As for what’s to come, I assume there will be plenty of extras on their way at some point, and more information about what to expect from the Battle Pass. There are additional characters supposedly on the way both before and after the game's debut, but nothing has been confirmed just yet. However, with its battle pass availability and the way the game metes out unlockables, it will likely offer new characters quite often. It is planned as a live service game, after all. And for me, at least, new characters and cosmetics are going to get me in and playing much faster than anything else.

The fact that MultiVersus is a free-to-play game will likely be its saving grace, however, because while there’s a decent amount of content to explore, the fact that there are so few characters at this time is a bit disappointing. If you needed to purchase it, when games like Super Smash Bros. Ultimate exist (and offer far more characters for a fair price), it likely wouldn’t stand a chance on the market as-is. But given that there’s no cost to try it, and you can earn in-game currency to purchase unlocks and earn characters, it should attract plenty of players looking to rise through the ranks, even if it’s just to be able to see Harley Quinn in their favorite outfit or to unlock a cool Batman emote. 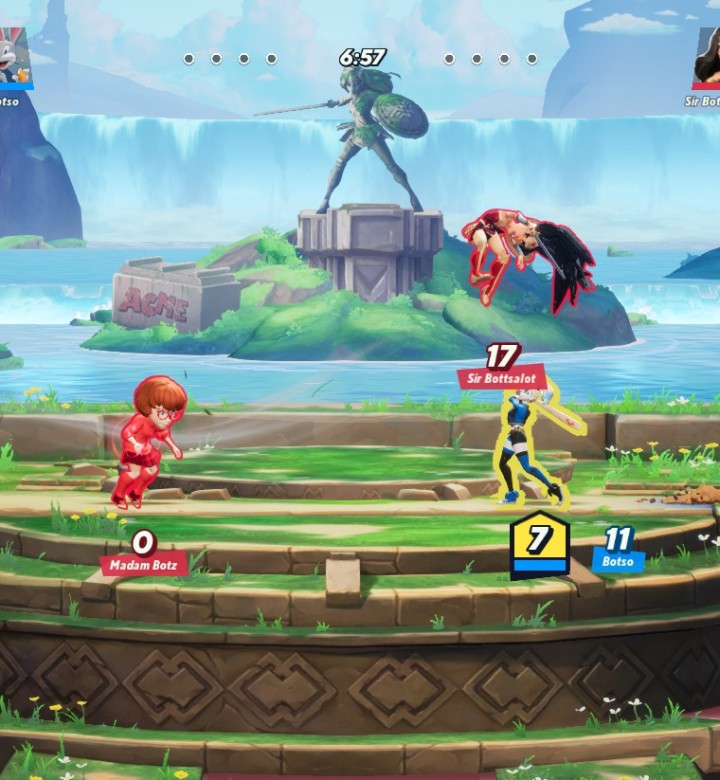 Despite low expectations at first, I had a lot of fun with MultiVersus, and it’s something I could see myself jumping into and enjoying a few rounds of here and there, even though I’m part of the Smash faithful. I’d like to see more, better characters from additional franchises on their way, but as it stands, MultiVersus is a fun little diversion that’s surprisingly full-featured and enjoyable. I’m all for clobbering everyone as Harley Quinn, so get in line if you’re ready for me to hand out some punishments when the game finally launches later this summer. I hope my MultiVersus preview put some of your fears at ease about this upcoming platform fighting game.