Everything You Need to Know About 'WWE 2K22' 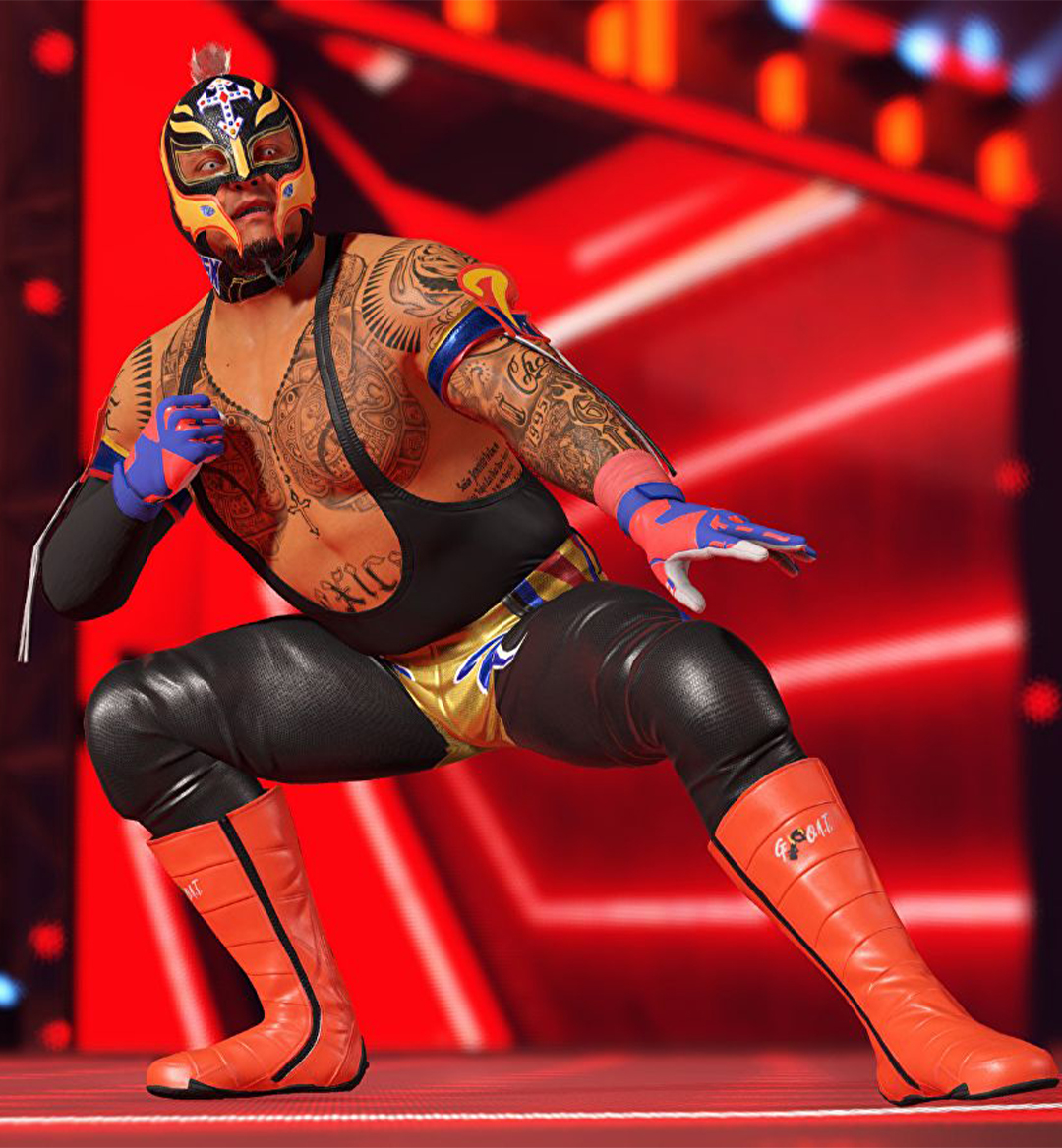 WWE 2K20 wasn't just a massive letdown for the gamers that played it - it was also a hell of a heartbreaker for the development studio that made it.

Developer Visual Concepts knew that it had to come correct with its next foray into the realm of digital pro wrestling, which is why it decided to skip its annual release schedule by taking its time creating the next WWE 2K game. Now in 2022, Visual Concepts is going all out to make sure WWE 2K22 is a celebratory return to form for the greatness the series was once heralded for. A retooled gameplay system, a roster full of current-day superstars & legends, a wealth of legacy modes & a brand new one, etc. are all a part of the package WWE 2K22 is delivering to its future adopters.

March 11 (March 8 for "nWo 4-Life" Edition and Deluxe Edition purchasers) will mark the grand debut of WWE 2K22. Before you all head into the ring and attempt to become the next favorite of the digital WWE Universe, let's take an inside look at everything it has to offer.

The ninth game under the WWE 2K moniker is coming in hot with a completely retooled control scheme and faster gameplay flow. At first glance, you'll recognize that matches are displayed from a new camera angle that brings players even closer to the action. The controls have been changed in order to implement a new combo system, different inputs that can activate varied strikes & grapples, and new ways to pull off signatures and finishers.

Players no longer have a limited stock of reversals, which means you can counter any and all of your opponent's maneuvers throughout the entirety of a match. Keep in mind, though - there are different types of reversals and blocks to learn, so it'll be a bit tougher to pull off reversals this time around. You also have the ability to block and even dodge moves now. The newly added "Stun Meter," which fills up as a wrestler gets peppered by light and heavy strikes, appears over their head once it's close to being filled. Once full, that wrestler will enter a "Stunned" state that keeps them from blocking and dodging for a while.

WWE 2K22's roster includes a large mixture of superstars hailing from Raw, SmackDown, NXT, and NXT UK. It'll also feature a bevy of Hall of Famers and other notable legends. Some of the wrestlers you'll be able to take control of in this game include Seth Rollins, Roman Reigns, Kushida, and Tyler Bate. If you happen to pre-order any of WWE 2K22's four different editions, you'll instantly unlock three versions of The Undertaker (Classic 'Taker with the mask, "Ministry of Darkness" 'Taker, and "American Badass" 'Taker).

And if you pre-order the nWo 4-Life edition, you'll get playable nWo versions of “Hollywood” Hulk Hogan, Scott Hall, Kevin Nash, Syxx, and Eric Bischoff. The next-gen (PS5 and Xbox Series X|S) downloadable bonus that comes with every edition of WWE 2K22 is a playable '96 Rey Mysterio. The game's Season Pass, which is spread out across five different packs, will expand its roster with newly added superstars and legends.

Like previous year's versions of this legacy mode, 2K Showcase will focus entirely on WWE 2K22's cover star - Rey Mysterio. Players will get to follow the legendary luchador's career by actively participating in the biggest matches he's competed in. 2K Showcase is changing things up a bit by splicing in real-time footage of specific moments as you carry out the tasks assigned to you during each match. Some of the confirmed 2K Showcase matches you'll come across in WWE 2K22 include Rey Mysterio vs. Eddie Guerrero (WrestleMania 21), Rey Mysterio vs. Dolph Ziggler (SummerSlam 2009), and Rey Mysterio vs. The Undertaker (Royal Rumble 2010).

The newest mode making its debut in WWE 2K22 is MyFACTION, which should be familiar to those who's played NBA 2K's MyTEAM. By drafting in-game cards of various superstars and legends, players will earn the right to build their own custom stable. By continually collecting, managing, and upgrading new superstar & legend cards, you'll strengthen your stable's legacy as you compete in weekly events and various updates.

MyRISE is practically WWE 2K22's rendition of MyCAREER. Once you've created your own male and female superstar, you'll get to embroil yourself in two unique storylines for them both. And as expected, you'll be able to indulge your superstar in alliances, get engaged in intense storylines, and get caught up in subplots that are impacted by the decisions you make throughout your bubbling career. This year's Creation Suite is extensive with options to utilize for your custom superstar - it'll be cross-platform and allow for uploaded custom images to be used in character select screens.

For those asking about updates to Universe Mode in #WWE2K22, this was what Lynell Jinks stated during the developer call when discussing the differences between MyGM and Universe Mode. 👇 pic.twitter.com/uGgTbqVrOg

This year's Universe Mode is doing things a bit different by only allowing for one superstar to be played with during their run, which means you'll only be able to actually play their matches and follow their ongoing storylines. Keep in mind that you can still alter Universe Mode's shows, superstars, championships, rivalries, etc.

The often requested GM Mode is making its grand return under the new name of MyGM. MyGM, which hasn't been seen in its previous form since WWE SmackDown vs. Raw 2008, lets you take on the role of one of the following real-life general managers - Sonya Deville, Adam Pearce, William Regal, Shane McMahon, Stephanie McMahon, or a custom-made character. Once you've chosen one of the WWE brands available to you (Raw, SmackDown, NXT, or NXT UK), you'll be responsible for booking arenas/matches, drafting superstars, keeping tabs on their contracts, and managing superstar hiring/show production costs.

This year's soundtrack (which has been curated by future playable character Machine Gun Kelly) includes the following tracks: