Sean Does Magic...And So Much More 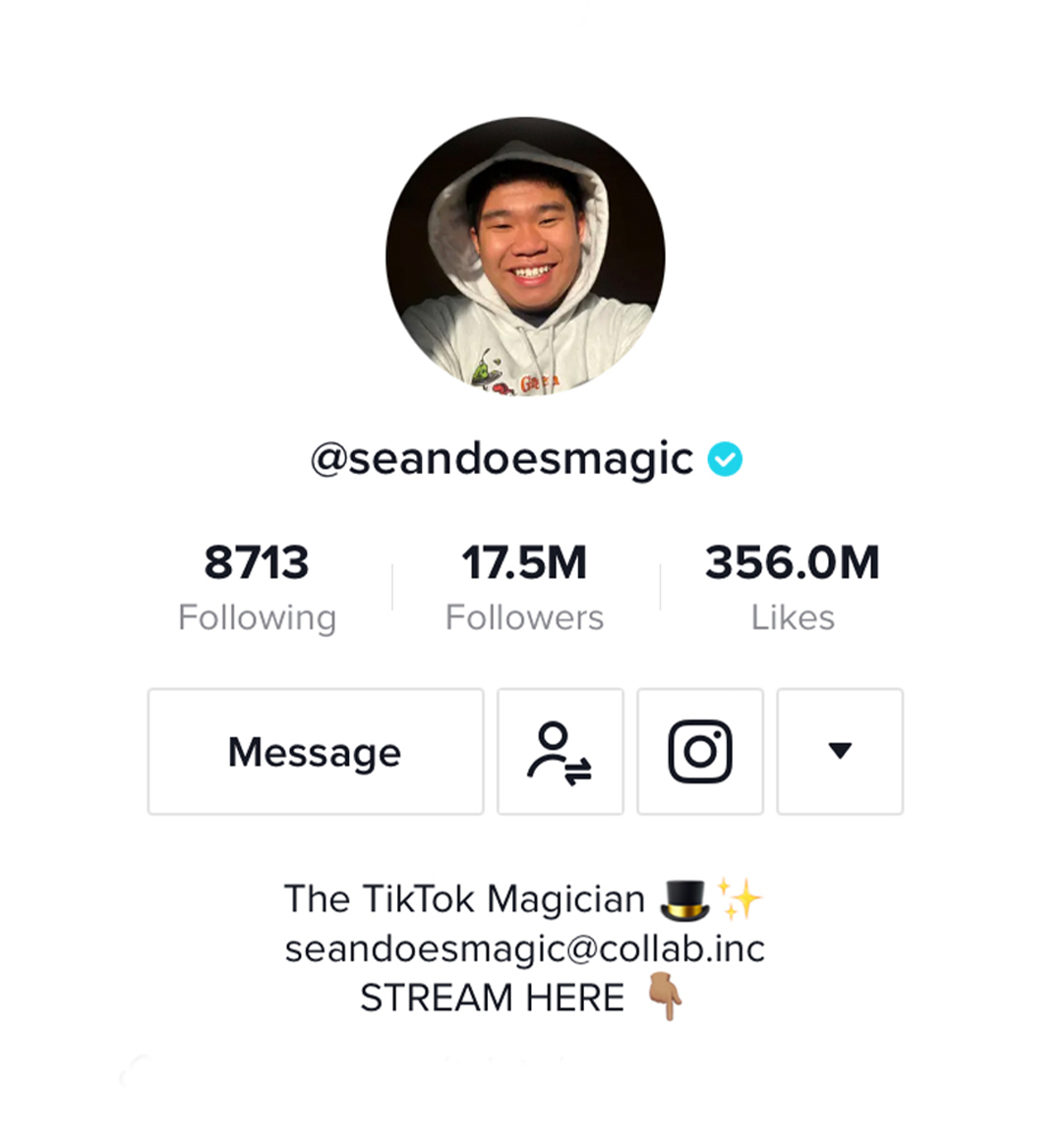 “TikTok is just for dancing.”

For some people, that may be their perspective, but boy, would they be missing out on a great platform. Platforms do not generally discriminate on the content subject and Sean Does Magic is proof of that.

He joined ONE37pm’s Sean Millea to talk about his come-up, career, and plans for the future.

The incredibly popular magician has found a home on TikTok, creating daily content that leaves people speechless…including some of the members here at ONE37pm and Team GaryVee:

Of course, though, this type of success doesn’t happen overnight. There are hours of sacrifice, over years of his life, that led to him being prepared for this moment.

Sean: “I started magic at the age of six.”

The funny thing about Sean is that when he started posting content, magic was still an after-thought.

Sean: “I started by doing things that weren’t magic… I posted my first magic video and it got 12 million views… and went from there.”

“I feel like I have a personality outside of magic… I like to show that through these skits and comedy videos” Sean said.

In a bizarre 12 months, Sean’s work has had to rely heavily on the virtual aspect. He uses TikTok and Omegle as his two weapons to combat the lack of socializing and larger crowds for audiences.

“A lot of the effects you see me do are tricks that I have remastered…some of these tricks are meant to be in person.”

ONE37pm: What is easier? Doing these tricks in front of live groups or the online, virtual tricks?

He knows where people’s eyes are, where their attention is at, and how long they will focus on one thing before moving to the next. Magic isn’t magic; it’s a skill he has crafted and learned the intricacies of over thousands of repetitions.

Sean: “The biggest thing for magicians is to be able to talk to someone as you perform. What makes it really great, is when you’re online, is that they are strangers.”

They may be strangers at first, But that changes quickly. Sean has an endearing way of welcoming people to his work. He has a positivity first mindset that has turned those would be strangers into 17.5 million followers (or friends) on TikTok.