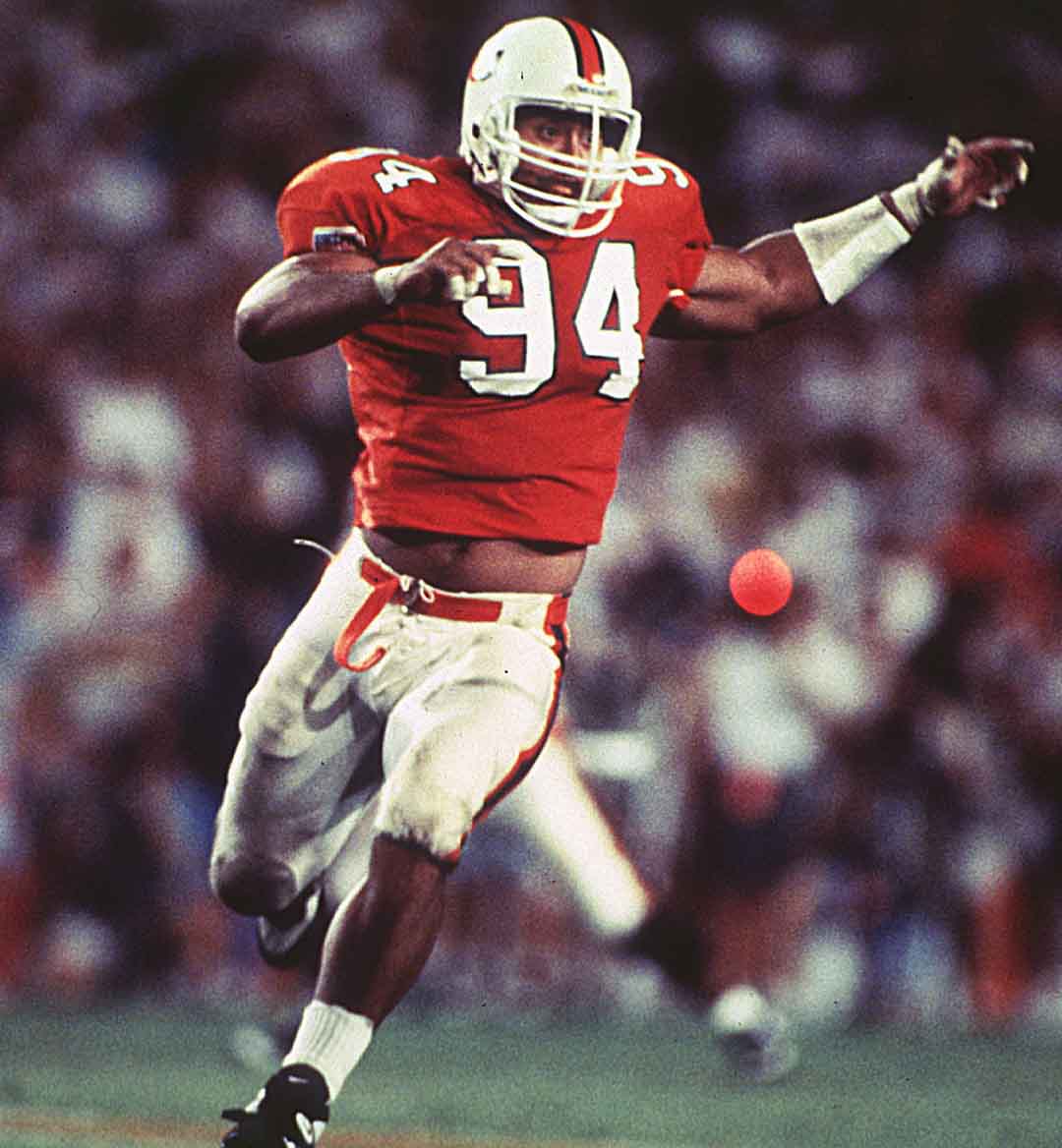 It was in Calgary, Alberta, that Dwayne “The Rock” Johnson’s dream of joining the NFL died. Leaving the University of Miami’s Hurricanes a national champion, Johnson was passed over in the NFL’s 1995 draft. He moved to Canada’s fourth-largest city in the summer of 1995 to play for the Calgary Stampeders, a team in the CFL. On a salary of $300 per week, he was the newcomer with what one teammate described as a “yoked-up” frame who ended up playing second fiddle to the team’s all-star defensive line.

As the new recruit, Johnson was relegated to the practice roster and his salary was cut, which meant moving into a Motel Village with other practice-roster players and subsisting on a diet of SpaghettiOs. After two months spent more or less as a benchwarmer, he was cut from the team. "It was one of those deals where he was never really going to get a good break unless someone got hurt, and we stayed pretty healthy that year," Stampeders equipment manager George Hopkins told The Globe and Mail in 2017.

His dream of professional football was dashed. Johnson couldn’t even afford a taxi to the Calgary airport. (His production company, Seven Bucks, is a nod to how much money he had in his wallet upon returning home). He moved back in with his parents in Tampa, and depression hit.

There was one opportunity left for the 24-year-old: continue the family legacy as a professional wrestler. His grandfather was a wrestling champ in the ‘60s and his father, Rocky Johnson, was a star in the ‘70s and ‘80s. Dwayne Johnson joined the WWF in 1996 as “Rocky Maivia” and then became “The Rock.” Last year, Forbes named Johnson Hollywood’s second highest paid actor with $65 million to his name. His next goal? He hasn’t ruled out the possibility of U.S. president.