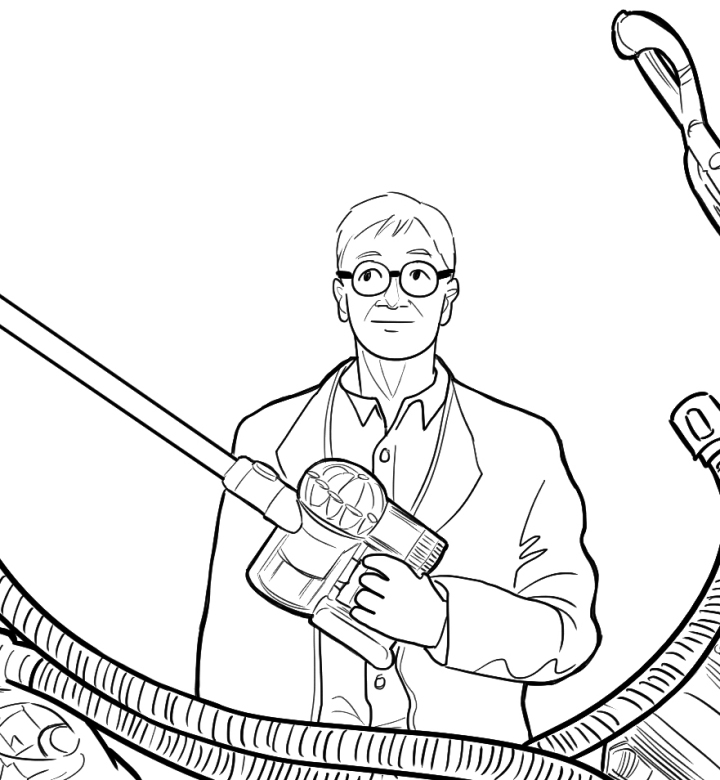 Inner.U® CAREER is the revolutionary online coaching platform that’s the "secret weapon" to breaking through obstacles and overcoming the odds. Making the program work for you is easy; access it on your own time, from whatever setting you choose, and use The Handel Method® coaching modules to uplevel your life. In other words, it’s coaching for the modern hustler and the everyday go-getter. Sign up today for 50% off with code ONE37PM.

I know I can’t go back in time and undo some of my bigger mistakes (credit card debt, not picking the college that offered me a scholarship), but I can take my learnings from those errors and do better in the future. The same goes for these two business moguls, who turned their failures into some of the world’s most successful businesses.

How many times do you need to fail before you give up? Five times? Ten? How about 20? What about 5,126 times, 15 years of experience, and your entire life savings? That was Sir James Dyson’s experience—the man who invented the Dyson vacuum. In 1978, Dyson had a revolutionary idea: A vacuum without a bag that didn’t lose any of its suctioning ability. He created a design. And then he built another one.  And another one. Hundreds of designs went by, none of them perfect, and none of them able to be sold to any manufacturer he pitched. By the time he got to prototype number 2627, Dyson and his wife were living on a shoestring budget. By prototype number 3727, his wife was teaching art for extra money.

Around prototype number 5000, Dyson finally felt like he was honing in on the final model. He had taken every mistake he made and built upon it, learning and tweaking along the way. Unfortunately, no one wanted to buy it.  Dyson spent an additional three years trying to sell his design until a small company helped produce and sell his vacuum in the mid-’80s.

Dyson actually encouraged his own failures—going as far as to recommend that actually initiating a failure can reroute you in the best possible way. Dyson trusted himself and was honest with his shortcomings. He believed that learning from each loss, and not ruminating on them, was the most important thing one can do on the road to success.

“She will never understand the American market,” isn’t a sentence you would typically associate with Vogue’s Editor-In-Chief and Condé Nast artistic director, Anna Wintour. But that’s what was said when she was fired from her position at Harper’s Bazaar.

The super influential fashion icon is known for many things: her eye for trends, aloof demeanor, and demanding personality along with her trademark pageboy haircut and dark sunglasses. However, during one of her first jobs in the American fashion industry, she was known for another thing: her eccentric photo shoots.

After moving to New York City in 1975, Wintour landed a job as a junior fashion editor at Harper’s Bazaar. During one shoot in Paris, the models were all in couture and she made the decision to put dreadlocks in one of the model’s hair. This was the final straw for the team and her boss. She lasted for a total of nine months.

Wintour went on to work at many other magazines, eventually landing at Vogue. Instead of focusing on the reason she got fired, she used it to define her eye and aesthetic for captivating photos. She also used it as a learning experience, publicly declaring that not only was it character building, but that everyone should get fired.

Some of life’s harshest moments can be the greatest lessons. Turning a loss into a win is crucial to anyone’s career development, and nobody knows that better than these two. But how can you do it? How do you truly learn from your failures and come out stronger on the other side? As today’s top executives at places like Warner Media, Related, and yes, even VaynerX, can attest—it all starts with hacking into our default operating system: our minds. Start cultivating the right ingredients you need to be a powerful leader and be accountable to yourself. These success stories have one thing in common—each of these individuals identified their responsibility. No pointing fingers. No blaming economic climates, political uncertainty, or pandemics. The results don’t lie. And the results did fall into place.

Learn to Human Better® and fail beautifully with Inner.U CAREER.