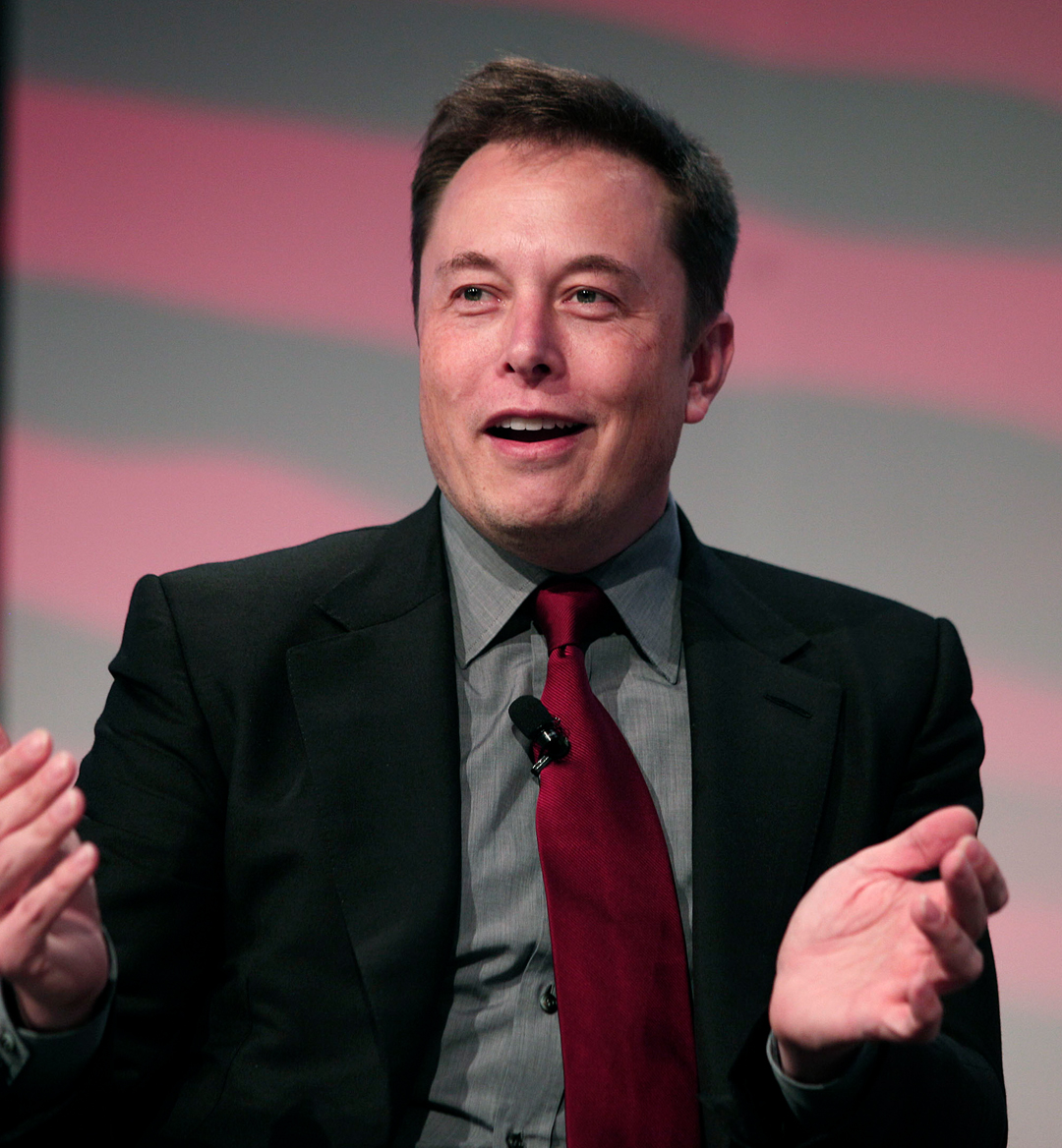 As controversial as he is successful, Elon Musk undoubtedly stands out as one of the most innovative—and infamous—visionaries of our time. The CEO of SpaceX and Tesla, who also has The Boring Company, Neuralink, and X.com (basically the first iteration of PayPal) under his belt, may have gained widespread fame due to his public persona, trigger-happy Twitter finger, and a notorious podcast appearance or two, but the serial entrepreneur and engineer owes his success, first and foremost, to his unique approach to leadership. After all, one can’t make billions of dollars without a dedicated team - and Musk has proven that he knows how to build one.

Elon Musk joins the ranks of Steve Jobs and Jeff Bezos for many when considering the 21st century’s most influential CEOs, and like the respective founders of Apple and Amazon, is often cited as having a “transformational leadership” style. The concept is a part of the Full Range Leadership Model, a theory of three distinct leadership styles that vary in accordance with one’s engagement with the people they lead. Unlike those who embrace “laissez-faire” or “transactional” styles, a transformational leader is marked by their ability to inspire, motivate, and work closely with their teams to produce extraordinary results. Some managers hire people to complete boring tasks. Transformational leaders surround themselves with people who want to change the world.

Of course, working with a genius who has grand plans and high expectations isn’t always easy. One former employee at Tesla was quoted in Fast Company as saying both, “It was incredible,” and “I’d never work there again.” Another person who worked under Musk, this time at SpaceX, said of the founder, “We were in the presence of brilliance” and, “It scared me.”

Clearly, “complicated” comes with the territory of a confident and charismatic innovator. But no matter the conflicting opinions of Musk held by both his employees and the public, no one can deny that he is helping to shape the future, one project at a time. From tackling problems head-on and embracing failure to forgoing meetings whenever possible, here are the strategies Musk is known to apply on the daily at all of his companies.

1. He Inspires His Team 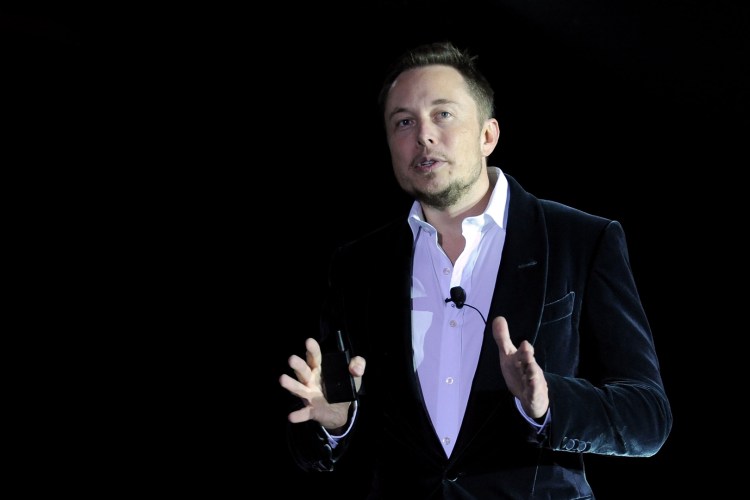 One of the key tenets of transformational leadership is having a vision - and getting others to not only believe in it but inspired enough to help make it happen. “You have to have a very compelling goal for the company,” Musk has explained. “If you put yourself in the shoes of someone who’s talented at a world level, they have to believe that there’s potential for a great outcome and believe in the leader of the company, that you’re the right guy to work with.”

Dolly Singh, former HR head at SpaceX, has said, “The thing that makes Elon Elon is his ability to make people believe in his vision.” It certainly doesn’t hurt that his sights are set on building a better future and improving industries for the greater good, from automotives to energy to space travel.

“The guy is pure ambition. He’s three or four steps ahead … Most of us can’t conceive these things working; he can’t conceive it failing. Period,” Jim Cantrell, SpaceX’s first engineer, has said of Musk. That kind of confidence and purpose keeps his team inspired.

Whether it’s creating brain chips to revolutionize neuroscience or finding a way to colonize Mars, those wildly ambitious, and thus ever-motivating objectives are all a part of Musk’s “stretch goal” strategy. According to the Harvard Business Review, “stretch goals involve radical expectations that go beyond current capabilities and performance,” and are also marked by extreme novelty. And while the Business Review claims that, in the past, “Tesla failed to meet more than 20 of founder Elon Musk’s ambitious projections and missed half of them by nearly a year,” it also notes that  “stretch goals are often viewed as truly important sources of individual and organizational motivation and achievement.”

Gwynne Shotwell, the President and Chief Operating Officer of SpaceX, said at the 2018 TED Conference, “When Elon says something, you have to pause and not blurt out 'Well, that's impossible.’ You zip it, you think about it, and you find ways to get it done. I've always felt like my job was to take these ideas and turn them into company goals, to make them achievable."

3. He Challenges The Status Quo

In order to set the bar in every industry he has his hand in, Musk is a firm believer in paving his own way. Obviously, to achieve things that have never been achieved before, you have to do things that have never been done before. “Other advice I would give is to not blindly follow trends,” the entrepreneur and engineer has said. “Question and challenge the status quo.”

One example of his own advice in action? SpaceX’s development of a rocket from "a clean sheet of paper.” According to Shotwell, the scientists and engineers under Musk’s leadership did not have to include any pre-designed technology, but rather looked at the development of the rocket industry to pick the "best ideas and leverage them… without having to design around legacy components that maybe weren't the most reliable, or were particularly expensive." This approach allowed SpaceX to create a truly innovative vehicle on its own terms.

4. He Micromanages (Sometimes To A Fault)

Musk is a well-known workaholic, which serves as both a blessing and a curse for his employees. On the one hand, he leads by example—taking an interest in every single aspect of his projects: “If you’re co-founder or CEO you have to do all kinds of tasks you might not want to do … If you don’t do your chores, the company won’t succeed …No task is too menial.”

However, his notorious micromanaging has caused some friction throughout the ranks of his companies. In addition to working over 100 hours a week himself, he’s incredibly hands-on and “obsessive about the details.”

“He demands personal accountability from the people that are closest to the machines,” JB Straubel, the Chief Technical Officer of Tesla Motors, told the New York Times in 2018. “This freaks people out. They are worried that he will come to their area and start asking questions.”

According to former Tesla and SpaceX employee, Spencer Gore, “When [Musk] involves himself in low-level details it’s to enhance execution speed. For some engineers, this can be frustrating, at times heartbreaking—but Elon’s unconventional style is what built the Tesla we all chose to join.” 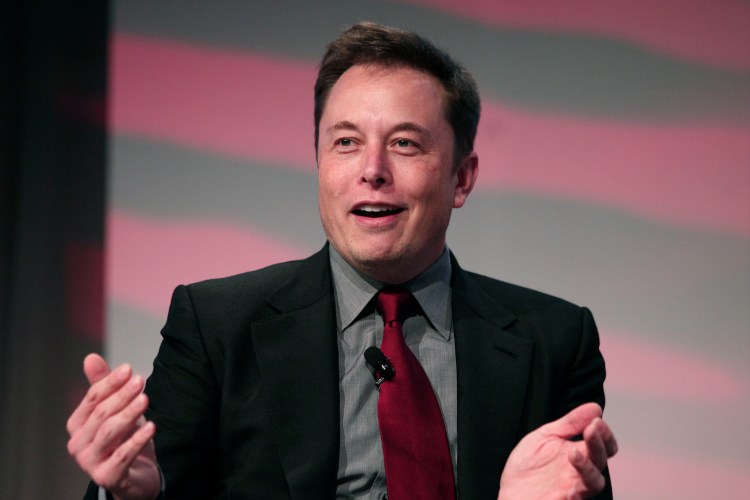 While some former employees maintain “There [is] only one decision-maker at Tesla, and it's Elon Musk," there’s no question that the CEO sees the value in building an excellent team. “Talent is extremely important. It’s like a sports team, the team that has the best individual player will often win but then there’s a multiplier from how those players work together and the strategy they employ.”

And to create that team, Musk is meticulous about hiring. “Hire great people…this is 90 percent of the solution, as hiring wrong can cost you so much,” Musk has said. “We challenge our people leaders to hire people that are better than themselves, therefore making the company better with each hire.”

The surprising marker of all effective leaders? They’re not afraid of failure. And let’s just say that Musk has experienced it plenty of times (who can forget the time his “unbreakable” Tesla Cybertruck’s windows cracked—twice?).

However, failure does not derail his visions. Instead, he embraces it as a way to prove that his team is really doing something disruptive: "Failure is an option here. If things are not failing you are not innovating," he’s said.

Of course, for a perfectionist like Musk, failure is also necessary to identify problems, and then improve. "You should take the approach that you're wrong. Your goal is to be less wrong."

7. He Uses Feedback To Find Solutions

When one uses failure as a lesson, it allows them to tackle problems head-on in order to find solutions and finally reach their goal. Musk’s self-proclaimed “single piece of advice” on this matter for both himself and his team is continuous feedback.

Even criticism is valuable in Musk’s ventures. “A well thought out critique of whatever you're doing is as valuable as gold. You should seek that from everyone you can but particularly your friends. Usually, your friends know what's wrong, but they don't want to tell you because they don't want to hurt you," he has explained. Even if you don't agree with someone’s critique, "You at least want to listen very carefully to what they say."

At the core of that aforementioned “feedback loop” is, obviously, communication - something Musk urges his employees to do as efficiently as possible.

In an internal letter sent to Tesla employees in 2018, the founder and CEO of the car company urged his team to communicate as quickly and directly as possible, and to always ignore any sort of “chain of command.”

“Communication should travel via the shortest path necessary to get the job done, not through the ‘chain of command.’ Any manager who attempts to enforce chain of command communication will soon find themselves working elsewhere,” he wrote in the email. 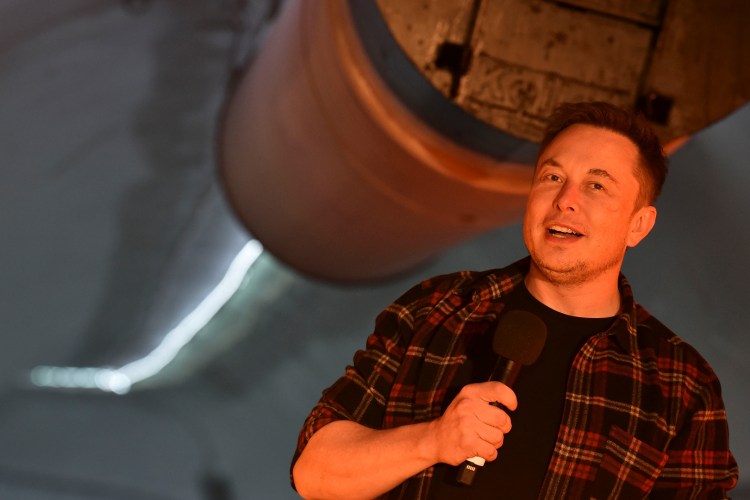 That same efficiency model is applied to everything, including every workplace’s least-favorite activity: Meetings. In his internal Tesla email, Musk also waived the need for unnecessary meetings that waste time and don’t result in any meaningful takeaways.

“Excessive meetings are the blight of big companies and almost always get worse over time. Please get off all large meetings, unless you’re certain they are providing value to the whole audience, in which case keep them very short,” he wrote.

“Also get rid of frequent meetings, unless you are dealing with an extremely urgent matter. Meeting frequency should drop rapidly once the urgent matter is resolved. Walk out of a meeting or drop off a call as soon as it is obvious you aren’t adding value. It is not rude to leave, it is rude to make someone stay and waste their time.”

Perhaps one of his biggest strengths - and faults - is Musk’s ability to adapt and change course at the drop of a hat. The billionaire has been known to change his mind based on whatever needs attention at that moment or to change course on projects quickly.

At SpaceX, Shotwell has described getting the company to catch up with his expectations only to have him throw something new at them - keeping the team constantly on their toes.

The president and COO said, “Once I realized that was his job...and my job was to get us feeling comfortable, I liked my job a lot more," she said.

But Musk’s erratic decision-making, especially in reaction to things he reads on social media, can sometimes give his employees whiplash.

“What ultimately triggers him to act and make a decision is what he reads on social media," one former employee told Business Insider. "When you're in a business meeting with him, he will pivot the direction of the organization literally overnight. So manufacturing could be a problem today, and as soon as it stops being reported on social media, as soon as it stops being reported in the news, then he'll move on to whatever the news is claiming the new problem is."

Nevertheless, his unique approach to management and his fostering of a challenging work environment has clearly led to multibillion-dollar success.