Tristan Walker Talks Black Entrepreneurship, Bevel and His Plans for the Future 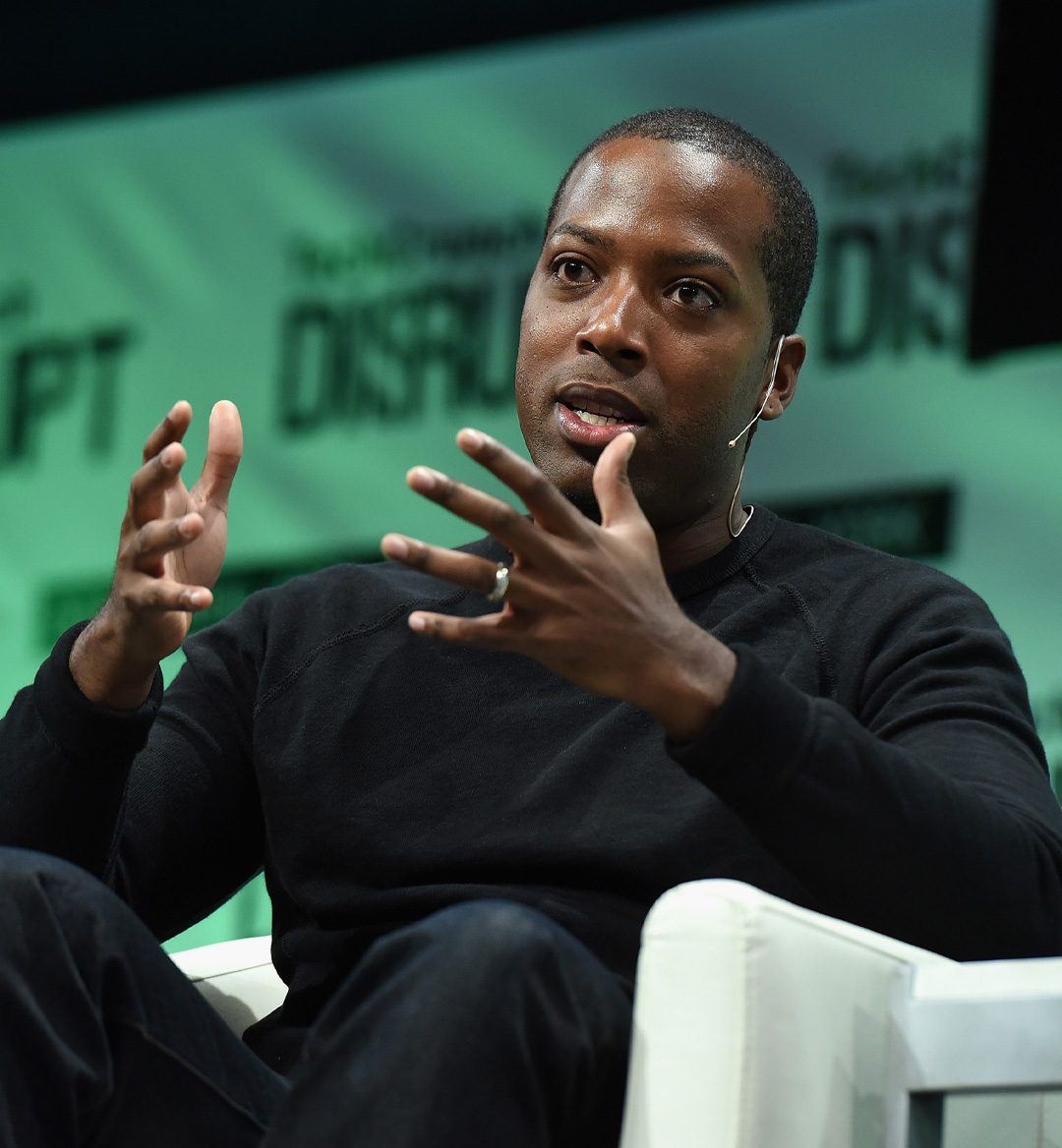 Tristan Walker launched Bevel in 2013 through his Walker & Company Brands because he felt the razors on the market didn’t address the coarse and curly hair typical for Black men. Those curly crowns tend to be dry due to the curl shape, and the body’s natural oils have a harder time reaching the end of the hair. Seven years after founding the company, Bevel is expanding from shaving products to a new 11-piece line of full-body care products tailored for Black people’s skin.

“I started a company not to make shaving products. I started a company to build a brand that’s going to be trusted by Black men in the U.S. In order to do that, we had to be in skin, hair and body,” Walker told ONE37pm. “In all these categories, I did not see a brand prioritizing our needs first.”

Three years and more than $25 million in investments from the likes of Google Ventures and John Legend after launching Bevel, the brand’s products began being stocked in 1,000 Target retail stores in 2016. Walker tells us the Bevel brand’s retail imprint has since grown tenfold with its line of products, which can be purchased in over 10,000 retail locations across America. During that growth, Walker sold Walker & Company to Procter & Gamble (P&G), the 183-year-old personal hygiene goliath, in December 2018. Walker but maintained a level of autonomy by staying on as the CEO of Walker & Company Brands rather than assuming a title at P&G.

Bevel hasn’t publicly disclosed its sales, and Walker declined to provide any information about sales. But the cultural impact is indisputable. Nas boasted achieving his “signature fade with the Bevel blade” on DJ Khaled’s "Nas Album Done" in 2017. NBA players have sworn by the razors, including the NBA’s Style Correspondent Lance Fresh. ONE37pm spoke with Walker recently about his thoughts on the future of Black entrepreneurship, how athletes have embraced Bevel and more.

Walker traded complete independence for the expertise and connections P&G has accumulated over its 183 years. P&G also helped put Walker in rooms he hadn’t been in. One of those rooms has a man Walker considers “the world expert in deodorant” discussing the aluminum-free/natural deodorant market. That’s where Walker and his team found themselves in early 2019, two weeks after the acquisition, ready to use their seat at the table to shake it.

“One of the things I asked was, ‘How do we apply what we have here to the needs of Black men?’ Within two weeks, we established a breakthrough—an aluminum-free deodorant that lasts 48 hours, penetrates our hair type better than anything out in the market, and doesn’t leave any streaks,” Walker said.

Along with not lasting long and clumping up in men’s armpits, Walker reasons that aluminum-free deodorants have a history of being particularly adverse to Black men’s hair and “might not penetrate our hair type.” Now, Bevel is selling an aluminum-free deodorant with 48-hour protection that leaves no residue, all while keeping the armpits of Black men smelling fresh.

“The research I did was the past 30 years of my life just being a Black man,” Walker said. “I had dry skin. I want a lotion that I don’t have to reapply every single day. I have coarse, curly hair. I wanted a solution to eliminating razor bumps.”

Bevel’s new line of products includes a shampoo, beard softener and conditioner free of the sulfate found in most commercially available shampoos that dry out hair. Bevel also has body lotion and body wash made with argan oil, commonly found in North Africa, rich in vitamin E and strong enough to moisturize Black people’s skin. The rest of the new line of products are engineered with Black people’s skin in mind, and ironically, that very skin almost precluded Bevel’s existence.

The 2010 Venture Capital Human Capital Report showed less than 1 percent of funded startups had Black founders. More than half of business loan applications from Black people were turned down in 2014, according to the Federal Reserve, more than twice the rate of white applicants. Even though Walker was able to raise tens of millions of dollars in Bevel’s first few years, he felt the implicit racism.

“The pace at which we’re able to raise money with me being a Black man is slower than the pace of non-Black men. Also, the interpretation of what we’re doing from the people who have the money to give it. If those people don’t respect the diversity of the consumer you serve, you’re going to have an uphill battle. So, most of it is implicit and not explicit,” Walker said.

Being acquired by P&G helped him remove the constraints of fundraising and understand what ownership truly meant. “The merger allowed me to have a little bit more freedom,” Walker said. “I knew I felt free, but I didn’t really understand what freedom meant; not having to owe investors anything or owe other people anything." 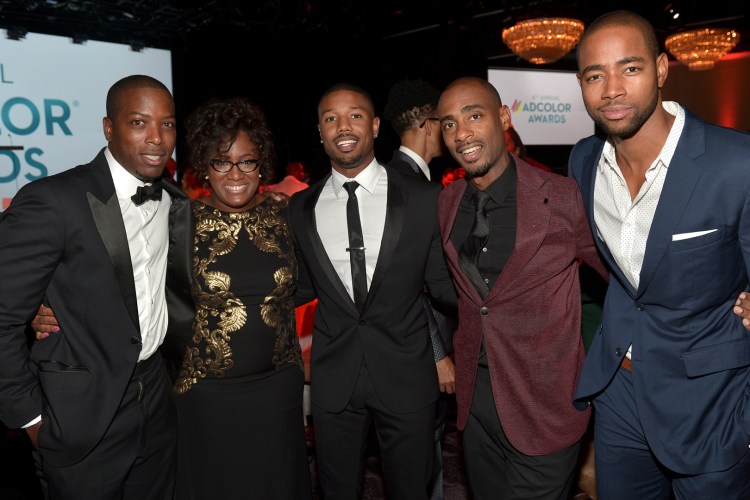 Popular culture has begun to embrace Bevel. Before the NBA All-Star break in February, Inside the NBA hosts Shaquille O’Neal and Ernie Johnson sat in barber chairs and showcased the new line of Bevel products while fellow co-host Kenny Smith explained Bevel’s benefits. “My understanding is they all have and use the trimmers. Kenny reached out and said they’re going to be doing some great stuff during the All-Star Game and whether or not we could help sponsor the event and help him" Walker explains.

Beyond TV shoutouts, NBA players Harrison Barnes, Andre Iguodala, Carmelo Anthony via his Melo7 Tech Partners venture capital fund, and NBA legend Magic Johnson are athletes who have invested in the company. Interestingly enough, Bevel shows how we’re all united in skin and hair, regardless of social or financial stratification.

“The interesting about athletes and celebrities, many of who have already promoted us, they shop for these things in the same places we do,” Walker said. “There’s no specialty retailer for Black celebrities. These guys are shopping at Target, CVS, Walmart, Walgreens, Sephora and all of that. They were equally excited there’s a brand that supports their needs.”

Early on in Bevel’s life, Walker knew the brand’s purpose was deeper than the roots of Black hair. Six months before he sold a single product, he launched Bevel Code, an online platform that focuses on grooming tips specifically for Black men, as well as interviews and articles about the totality of the Black experience. You can get the story behind Nas’s iconic half-moon haircut and learn about classic hairstyle moments in hip-hop history on Bevel Code.

“It’s not only products that we’re selling. It’s a lifestyle we’re getting people interested in,” Walker said.

Guidant Financial and Small Business Trends Alliance (SBTA) companies surveyed 3,100 small business and franchise owners nationwide for a look into Black-owned businesses in 2020. At the time of the survey’s publication, the results revealed 72 percent of Black-owned businesses are profitable and have 23 percent more women as business owners than the average of the survey. The future of black entrepreneurship is bright, but Walker wants to make sure this growth isn’t transient.

“I’m hopeful it’s not a trend. Fortunately, we’ve seen a lot more folks owning their stuff. We have folks like me, the Tyler Perrys of the world, and the Diddys of the world showing people that it’s really possible,” Walker says. “I think over the next ten years it’s only going to be a lot more. With our social influence, spending power, and our continued relevance, people are going to have to wake up.”

Walker isn’t just going to hope the continued growth in Black entrepreneurship—he’s going to help ensure it. Bevel recently announced it will cover the costs of college tours, college application fees and college test prep fees for Chicago nonprofit organization Urban Prep Academies’ classes of 2020 and 2021. Walker has his eyes on the future and trajectory-wise, he sees his career mirroring director Tyler Perry's.