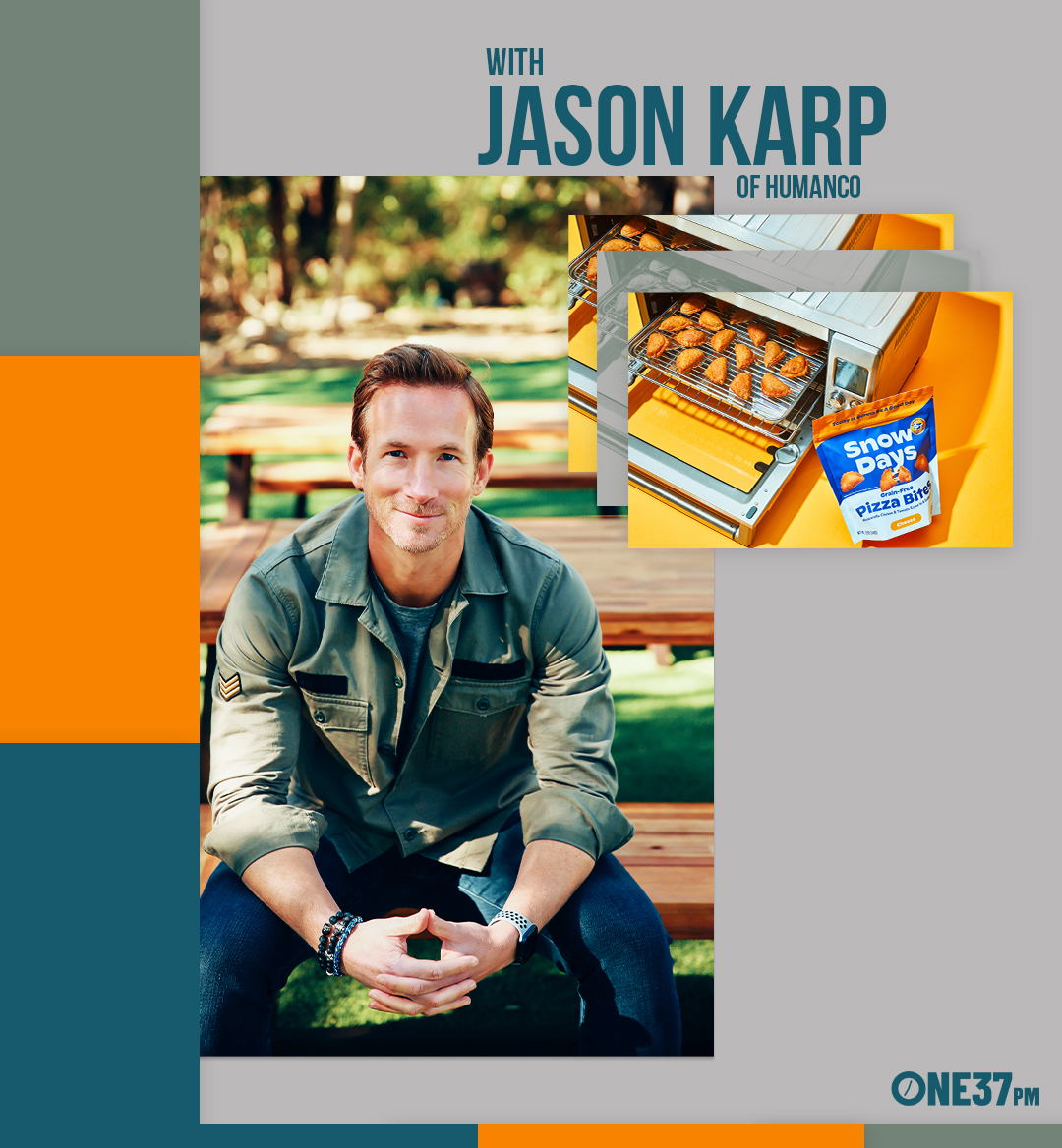 This week’s episode of The Tartare Project with Phil Toronto features a conversation with Jason Karp, founder, and CEO of HumanCo. The investor turned snack titan just launched a frozen food brand, Snow Days, which aims to replicate the joys of our once beloved reprieves from school. Phil and Jason cover so much ground in this interview, everything from Karp’s upbringing in Connecticut to the trials and tribulations of opening a restaurant.

Jason views his career as composed of two parts: his history as a hedge fund manager/investor and his professional commitment to health and wellness. The genesis for his work in health and wellness is personal; Karp was diagnosed with a series of auto-immune diseases in the early 2000s and the success of his wellness practices in combating those illnesses (where traditional pharmaceuticals had failed) set him on his current path.

Karp talks to Phil about his childhood affinity for “junk” food, and how the process of educating himself on the drawbacks of such a diet was a bit of a double edged sword. “And now that you know what’s in a lot of stuff, you feel guilty,” he says. Eating junk food, for the educated consumer, feels like an indulgence and something you shouldn’t do. “And I felt like that shouldn’t be,” he says. When he created his chocolate brand Hu, his goal was to cultivate a sort of “permissible indulgence.”

Phil and Jason speak a lot about the process of developing his brand’s ethos, from his restaurant Hu Kitchen to today’s Snow Days. “When we created Hu Kitchen, our restaurant, 8 years ago, we wanted it to literally feel like a playground for people who didn’t want to ask questions like, ‘What’s in this?’ and ‘Can I trust the ingredients?’ We wanted you to go in and just feel like the shackles were off,” he says. They actually started their chocolate brand because they needed baking chocolate for the restaurant!

The early days of the restaurant were “a disaster.” Through it all, Jason and his team stayed committed to the ethos behind the brand from the get go. “We were always focused on product and consumer trust first,” he says, adding: “what kept us convicted was the reaction of the consumers that did come in.”

Naturally, Phil is also curious about Jason’s newest exploit, Snow Days. The pizza roll is based on the feeling of pure joy and freedom granted by the elusive snow day. “I wanted to capture that feeling in a product. So Snow Days is a pizza bite; it’s grain-free, gluten-free, 100% organic, uses grass-fed and organic free-range, pasture-raised mozzarella. We source from very specific farms. We infuse seven vegetables into it, which you have no idea are even in there. It’s got much better nutritionals than pizza offerings, but it is pizza and it tastes like pizza bites,” he tells Phil.

Arriving to their current iteration of the Snow Days product was a lengthy process. “We went through literally dozens of iterations. The version that you’re gonna try is actually version 8.2. And we started on 1.0.” Ultimately, it’s about whether or not kids will enjoy the product. “If it passes the kid test, I think you have a winner,” he says. And the Snow Days pizza roll passed the kids test with flying colors.

Jason has immense knowledge to share about the food industry, restaurants, entrepreneurship and so much more. There’s truly too much to cover. Make sure to listen to the full episode above to squeeze as much information as possible out of this insightful interview; you don’t want to miss it.