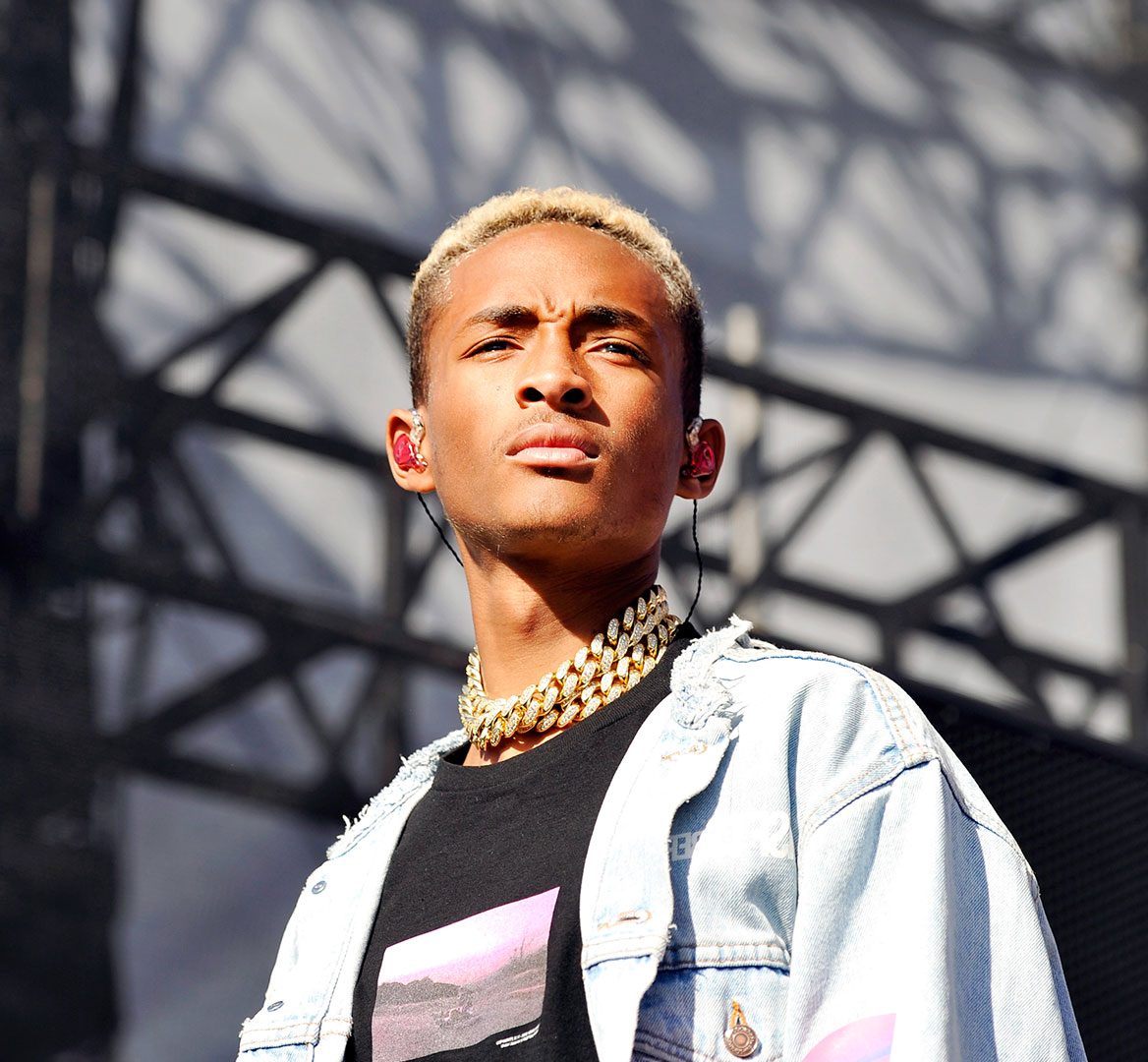 When your parents have a combined net worth of around $400 million and are two of the most beloved people on the planet, those are some high expectations that have been set for you from birth. Along with his siblings, Jaden Smith has done an incredible job of living up to the Smith family name and the pressure that comes with it, even from a financial standpoint. In his early twenties, Jaden has amassed a net worth of approximately $8 million. Here’s how he did it.

Wearing many hats and succeeding in multiple industries 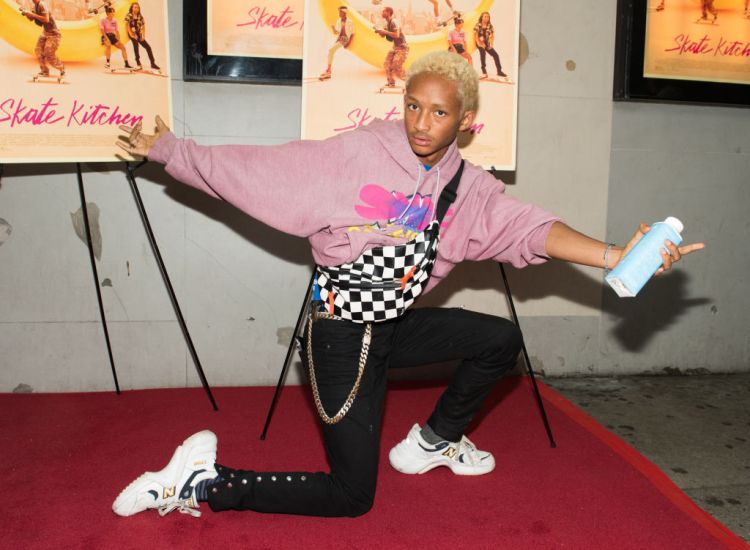 It’s clear to anyone who doesn’t live under a rock that Jaden Smith wears many hats. With talent in his blood, the 21-year-old has seen his fair share of success in avenues like music, acting, and fashion that have all helped him fatten his pockets.

Acting was always the most likely path for Jaden to take and that’s what he had a hand in early. At the age of 8-years-old, Jaden made his major role debut in the classic Pursuit Of Happyness with his father. The budget for that film was a whopping $55 million and it will always be one of the star’s biggest and best showings. At the box office, it made $307.1 million. A few years later, Jaden starred alongside Jackie Chan for the famous remake of The Karate Kid. The budget for this was slightly less at around $40 million, but it did even more at the box office – around $359 million worldwide. TMZ actually got their hands on Jaden’s contract for The Karate Kid. What it revealed was that Jaden was paid $1 million upfront (in two installments of $900k and $100k) and a $2 million bonus after the film’s success. They also acknowledge that the star likely made even more than this $3 million with some other contract perks. That’s big cash, especially considering Jaden was just ten-years-old when he signed the contract. 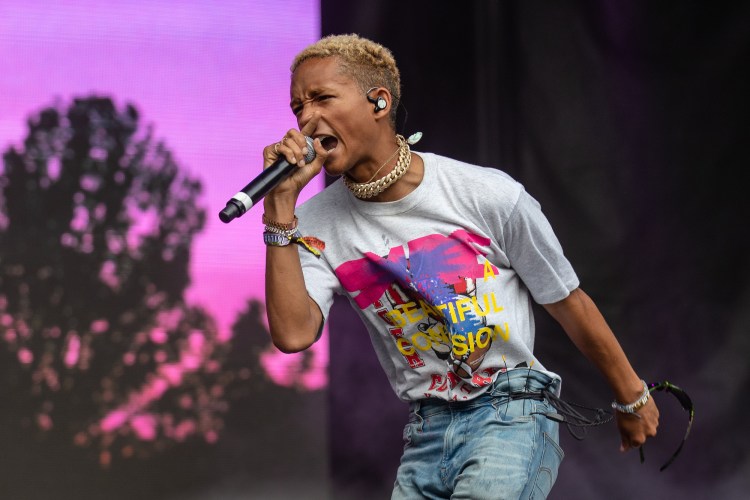 Music has also been extremely lucrative for Jaden Smith. Although his family name likely got him some opportunities at the start, he has since earned his keep. Smith’s first album Syre contained the hit single ‘Icon’ which at the time of writing, boasts 139 million views. Some rough estimations of ad revenue tell us that this has seen Jaden make 6 figures from the YouTube visual. But as with any artist, the bulk of Jaden’s music money likely comes from touring. In 2018, Jaden headlined Vision Tour: A North American Journey, and in 2019, he and his sister Willow co-headlined the Willow & Erys Tour. While there is no public information for how those did at the box office, Jaden did open up for J. Cole on his KOD Tour which did $26.9 million across three dozen North American shows. He likely earned a good chunk of that, helping bring in ticket sales due to his own name. He also joined Tyler, The Creator for his Igor Tour.

Speaking of Tyler, the Odd Future artist is one of the few that Jaden cited as an inspiration in the lane of fashion, with Batman and Poseidon being some others. Back in 2013, Smith started a clothing line called MSFTSrep which has been a success amongst his fans and even outside of his base.

Business from the beginning 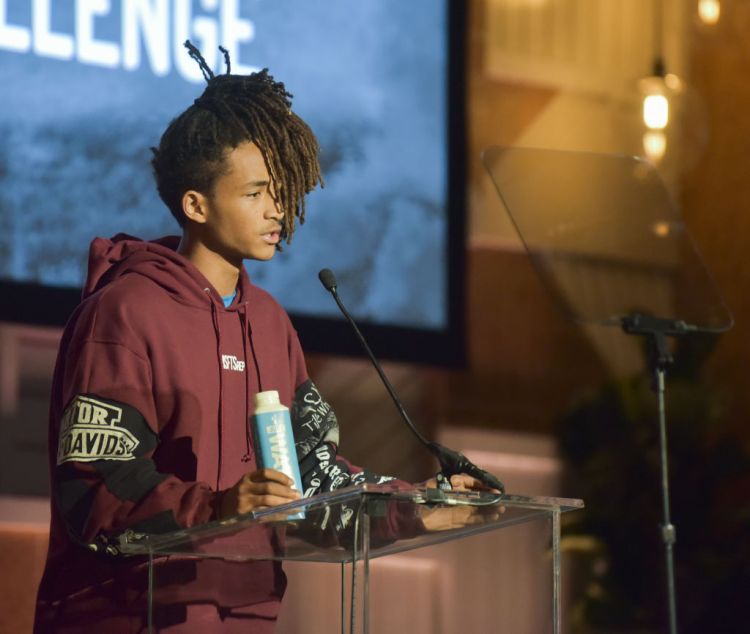 When he was just twelve years old, after seeing plastic in the ocean and being moved by it, Jaden started a company called Just Water. It’s water packaged in a bottle that is made from 82% renewable sources. Just has one facility in the U.S., one in the UK and one in Australia, being sold in over 15,000 retail locations worldwide. The company has seen exponential growth, doubling and tripling its business year after year. That is what has earned it its valuation of a whopping $100 million. It’s even more incredible knowing that Jaden and Will went out of their way to not make it a celebrity brand.

Jaden Smith may have had somewhat of a head start on life when compared to the rest of us, but he has used his platform extremely well, making a name for himself as a businessman, actor, musician, and humanitarian. If he keeps on going at the same rate, in the coming years, the star’s net worth of $8 million is likely to increase drastically.