Monte Morris: A Man Focused on Building His Legacy On and Off The Court

As he begins a new season, the Denver Nuggets guard spoke with ONE37pm's Jael Rucker 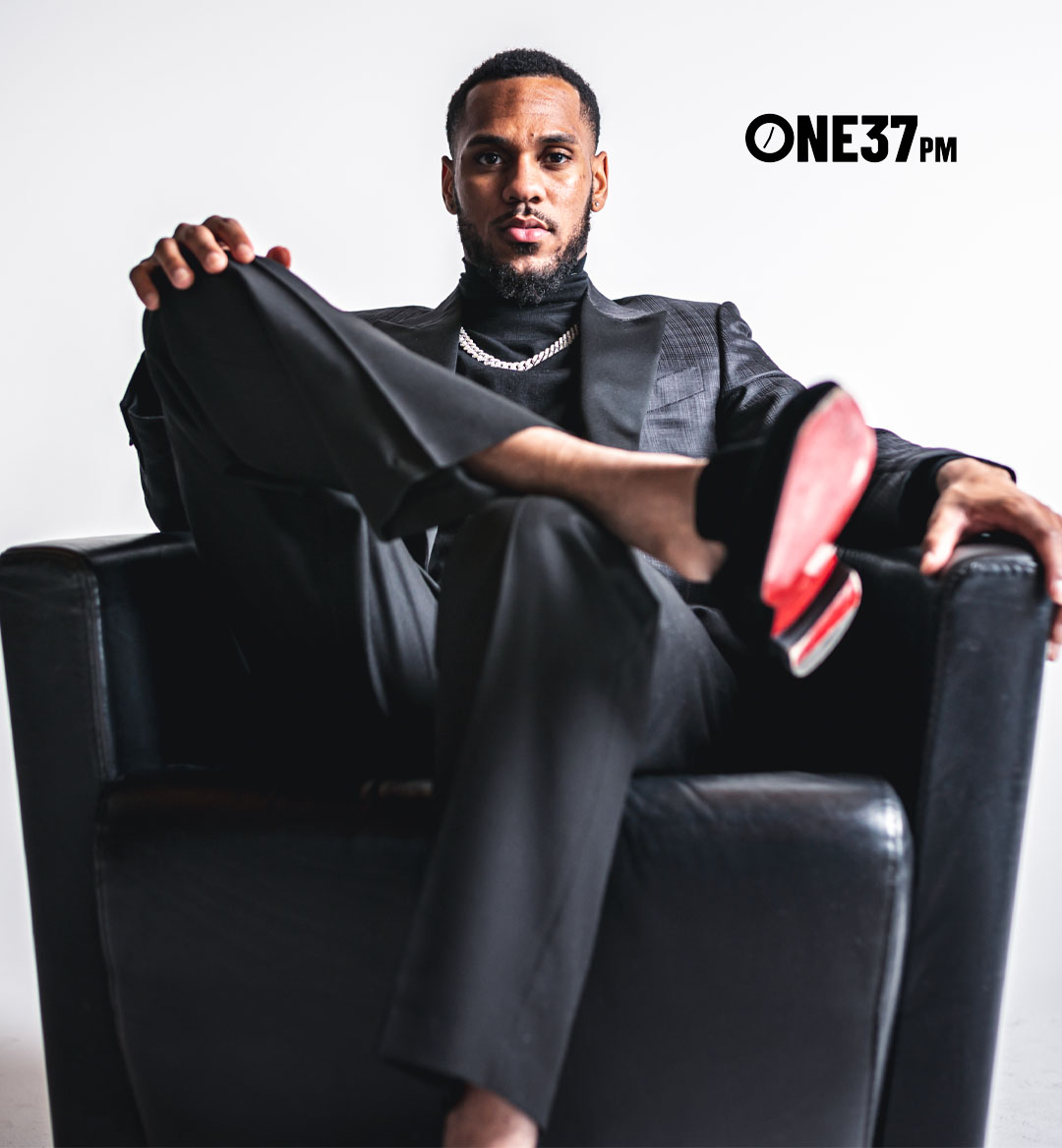 It’s December 15th, a chilly winter day in Colorado, and rising NBA star Monte Morris has just come from a practice session with the Denver Nuggets. Morris is in good spirits, and it’s not hard to understand why.

The point guard is on the verge of starting a brand new season, and he’s doing so with a recently announced three-year contract extension that’s rewarding him quite nicely with a $27 million salary over that span. It’s easy to look at that reward and automatically assume that the success was an overnight one, but Morris will be first to tell you that is far from the case. 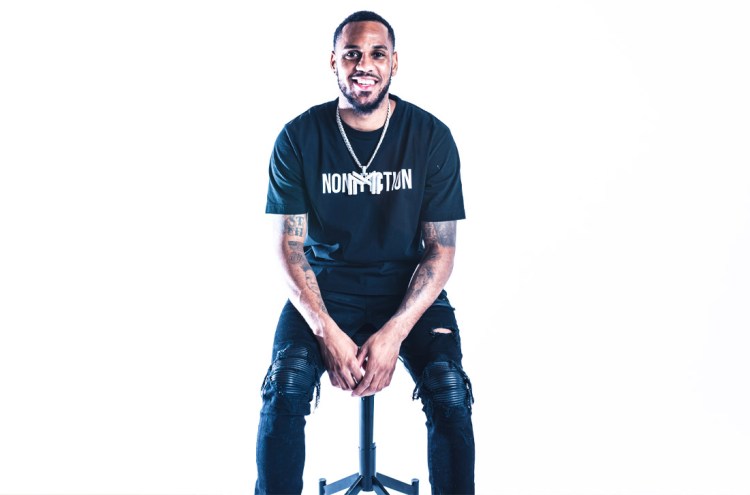 “It’s been a long road—a journey,” Morris says as we chat over the phone. Under normal circumstances, this is a conversation that we would typically be having in person (perhaps after a game or practice), but this is 2020—a year that has been anything but ‘normal.’ This year has presented many challenges, but there have been some bright spots. One of those was seeing Morris elevate his game to the next level during an unprecedented NBA season that was spent in a bubble at the height of a global pandemic, as well as a national battle against racial and social injustice.

“They told us back in March that the season was being postponed. I didn’t think that it was going to be that long. At first, some weren’t open to going back and playing, and we voted and made a run for it. We said we were playing for Breonna Taylor, and the fight against racial injustice. We did it as a team and brotherhood, and it was one to remember. I enjoyed the season and enjoyed having a voice.”

The official last quarter of the 2020 NBA season was certainly one to remember for the guard who has blossomed into a key player on the Nuggets roster, but to understand how he got to where he is today, you have to rewind back to when he was just a young boy in Flint, Michigan with a basketball and a dream.

“Crazy thing was that it was just me and my mom,” he says, reflecting on his childhood and the loving relationship he has with his mother. “My mom coached varsity girls at the school I went to (Beecher High School). Basketball was all I knew.”

And it was something that he was very good at. Fueled by drive, Morris would stay up late into the night playing basketball in his room. While it drove his mother crazy (she would yell at him through the walls because she couldn’t sleep), it was clear Morris possessed something special—but he had to make sure that he stayed the course.

“In Flint, the violence was really high. I had to make sure I stayed on the right path. One wrong turn could mess you up—I was seeing stuff that I wasn’t supposed to see. At certain points Flint was ranked number one or two in crime. You know I would always tell my mom growing up that I was going to buy her a house and a car. She would laugh, but it was all I envisioned. I just stayed focused.”

It doesn’t take very long to see that Morris prides himself on being a role model and an inspiration to younger generations. He isn’t just here to play ball, he is also here to tell his story. 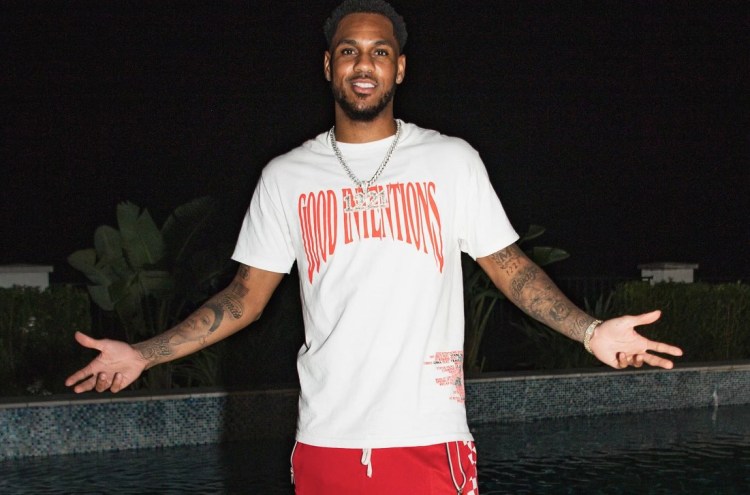 Sometimes society puts forth the notion that there is only one set path to success. That is simply not true, and Morris is an example of that.

“I was drafted at 51, and the Nuggets called me to tell me that they already had three point guards,” he says recalling the night he was drafted. “I signed a two way contract, and I just needed to get my foot in the door. So I went to training camp—I had no reps, and played in the league, but I only appeared in two NBA games.”

Morris’s season was primarily spent with the G League’s Rio Grande Vipers, but he made sure to always stay prepared. “I was always packed because I never knew when I was coming back,” he says of the first year of his professional career. His dedication was recognized by the Nuggets organization who converted his contract the following year bringing him fully on for the 2018-2019 campaign. In the blink of an eye, Morris went from only playing a couple of games to a full 82 game season plus the playoffs.

“At first I didn’t know what to expect because they had also brought in Isaiah Thomas. He ended up being hurt, and that resulted in me having an opportunity. I had really begun taking off my first year—everyone started talking about me. That opportunity was all I needed. 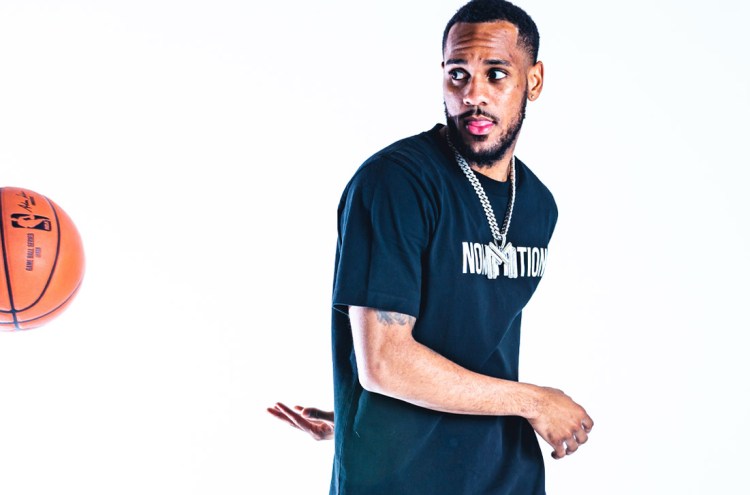 That second year I struggled in the playoffs and people were doubting me, but that ended up coming this season because I knew what to expect since I now had playoff experience.”

So now we are back in the present, reflecting on a truly unique season that we will probably never see again. After a certain amount of time it became clear that things weren’t going back to normal anytime soon. If the basketball season was to resume, it would be by way of an isolation resort known as the bubble. To participate, teams and players had to go through rigorous testing and quarantine procedures before departing. Once there, the strict protocol continued with players essentially being placed on lockdown.

In addition to the pandemic fight, there also was the battle for racial and social injustice after the deaths of George Floyd and Breonna Taylor. Morris and his colleagues in the NBA and WNBA decided to use their platforms to make a change.

“It was good for me because not every guy is blessed to have millions of followers. It was also dope as a brotherhood because we were like why not play for it and showcase to the world that we are still here? I wanted the world to have hope and something to watch. It was a tough one—some wanted to leave, but if we left, it was like what comes next? Carmelo asked that and guys couldn’t really answer, so we just decided we were gonna keep playing.”

Morris and the Nuggets went on rampage, becoming the first team in NBA history to come back from a 3-1 deficit twice in the same playoff run. Morris himself averaged 9.5 points and 3.5 assists per game, becoming a huge part of the Nuggets postseason success. That all goes back to the winning mindset he’s had since his childhood playing days after coming into his house crying one day after a loss. His mother quickly corrected his behavior, and changed that by instructing him to go back outside and play until he won.

I always want to win. I had to compete against guys that were Class A, B, C, and D, and I was able to get three straight state championships in high school.

My coach in high school used to always say that we ‘breed winners’, and now of course I have the back to back playoff experiences. I always keep that energy with me and everybody feeds off it. I never say I lose, I say I learn.”

He also applies that same passion to his charity work. ‘‘You really have to start from the bottom because it’s a marathon not a sprint,” Morris says, adding that he’s currently working with Los Angeles Lakers star Kyle Kuzma on a plan to help different cities in need. When it comes to charity though, Morris prefers action over talking. “I’m not just focused on Flint, we are trying to help every place that is in need. I’m always looking to see what I can do and how I can help. This is not a clout thing.”

So what’s next for the 25-year-old? Well, more hoops as the NBA season is set to begin on December 22nd. As the new year tips off, Morris plans on adding to the success of this past season, and doing so in style. Oh and perhaps a little bowling on the side, which Morris describes as being his ‘happy place.’ 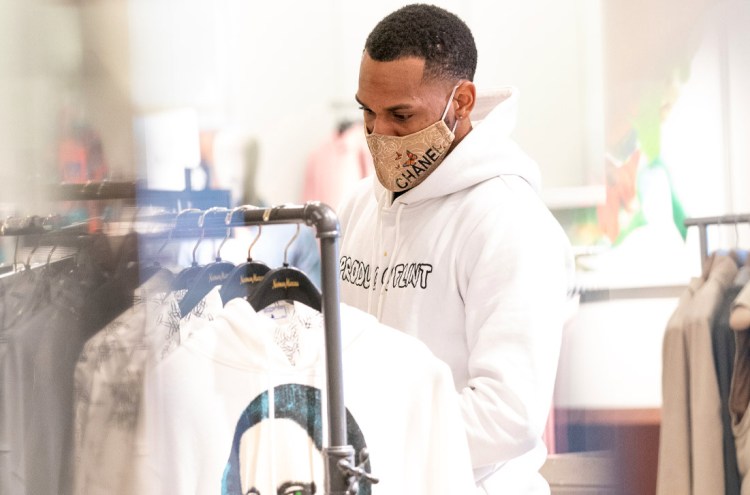 “I want to show everybody that we’re still here, and win the most games possible. When you win, everybody is happy, and when I’m winning I get rewarded.”

And when it comes to fashion, Morris is always on 10. Unfortunately with certain safety protocols still in place, we may not get to see many of Morris’s pre-game outfits, but that’s okay because he has big plans for the fashion industry as well.

“I like a lot of shoes and sneakers, you know like Alexander McQueen’s. I’m a shoe collector—I have shoes that I haven’t even opened! I actually just had a photoshoot with my marketing team, and I’m planning on launching my merch.”

Dream big and never stop working. Morris and Nuggets begin their season on December 23rd against the Sacramento Kings.