A Bronx Tale: Overcoming Survival From The Streets To Achieving Major Success

Meet Tyreek Moore—the guy you want in your corner 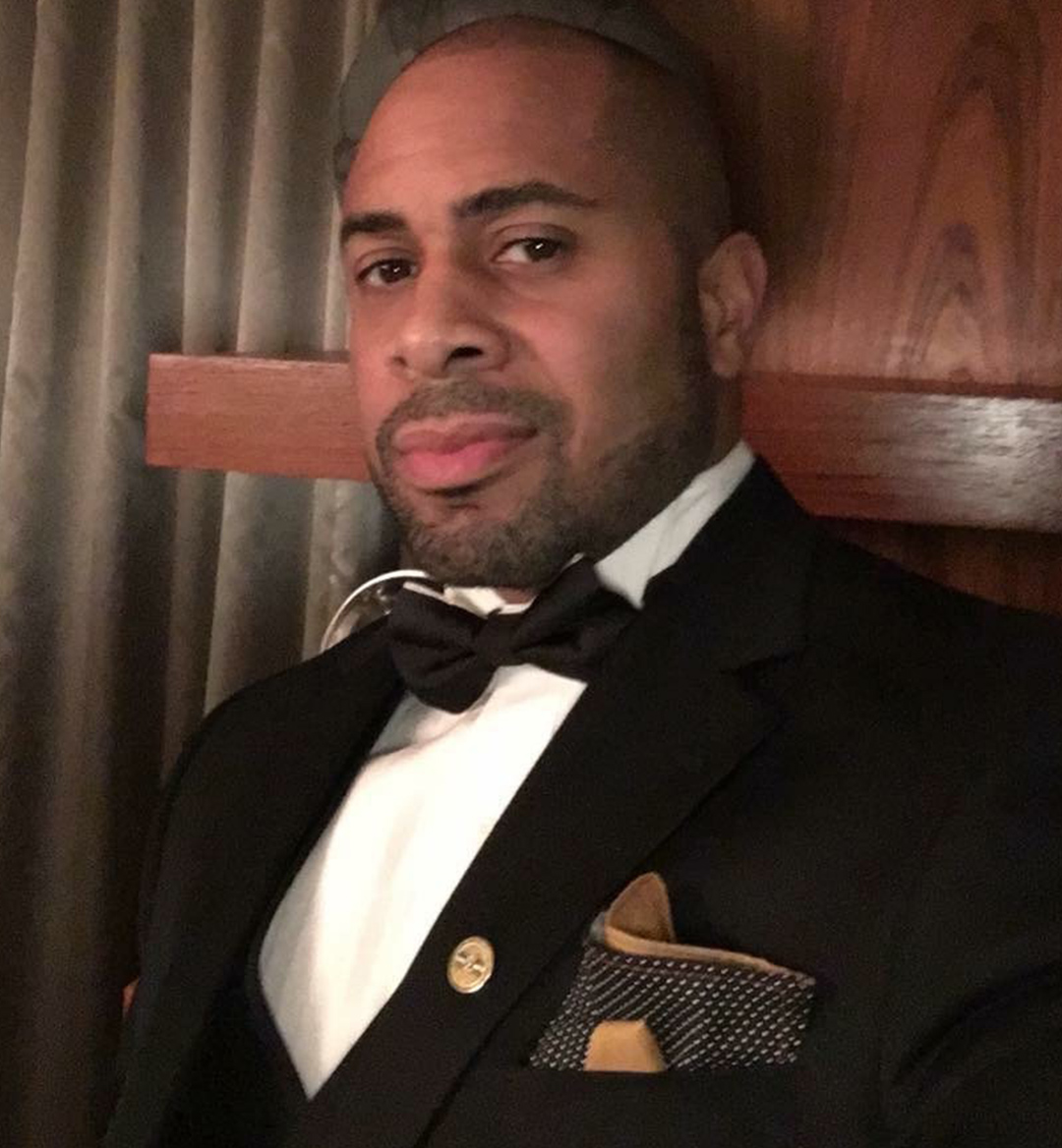 Inner.U® CAREER is the revolutionary online coaching platform that’s the "secret weapon" to breaking through obstacles and overcoming the odds. Making the program work for you is easy: access it on your own time, from whatever setting you choose, and use The Handel Method® coaching modules to uplevel your life. In other words, it’s coaching for the modern hustler and the everyday go-getter. Sign up today for 50% off with code ONE37PM.

On October 20, 2009, Grammy award-winning artists Jay-Z and Alicia Keys teamed up to release “Empire State of Mind.” In the song, Keys sings this line from the chorus: “Concrete jungle where dreams are made of; there's nothin’ you can’t do.” The song became an unofficial anthem for many New Yorkers who were born, raised, and taught to master the art of the hustle and grind—myself being one of them.

These lyrics were a perfect testament for me (a Brooklyn native), as well as for a young man who overcame major odds to be where he is today: Tyreek Moore. Moore is not your average New Yorker. He's an example of how being a “product of your environment” can fuel your success. In Moore’s case, to become a role model for the next generation of movers and shakers.

Moore, a native from the South Bronx, is currently the president of the Diversity and Sports Divisions at Handel Group—an international executive, life, and performance coaching firm. With five different divisions organized to provide a strong sense of accountability while maximizing a client's potential, this firm provides amazing techniques and advice to help big-name corporations and well-known public figures produce amazing results through culture-shifting exercises and plans.

So, how did Moore get here? Let’s start from the beginning.

The Benefits of Tough Love

“Omari—it was bullets that flew by my head multiple times,” Moore told me as he showed me a tattoo of the street he grew up on—just one building over from 1620 Sedgwick Avenue, home to the birthplace of hip-hop. “We used to live in apartment 3H and bullets came through our window so many times that my mother moved us up to apartment 18E. Notice, I didn't say move us out of the building. Leaving the ghetto was not an option.”

Moore knows how it feels to be surrounded by an environment that is not conducive to productivity. His mother worked hard to not let her four kids fall victim to drugs that were so prevalent in New York City during the ’80s. Moore used to question his mother's sensitivity as he would describe her as very mean at times. But as he got older, he grew to understand why she had been like that with him—it was only in order to prepare him for the life he would face in adulthood.

Add a strong religious faith to that tough love upbringing and a breakthrough happened for Moore. Known for being an excellent student whose potential was brighter than the lights of Time Square, Moore got attention from educators like his literature teacher, Ms. Sherry Brown from CIS 229 who made sure he was pushed to reach his full potential through a program called Privates for Success. This initiative was created to help promising students in neighborhoods with a high crime rate garner assistance and the opportunity to attend a boarding school. Moore, who always an outstanding student, was one of the recipients and was able to attend The Kent School in Connecticut.

While at The Kent School, Moore was a two-sport athlete in football and basketball. He was so talented that he receives interest from top tier Division I programs, as well as playing for the storied AAU national powerhouse hoops program, the New York Gauchos. This program has produced many NBA greats such as Jamal Mashburn, Kenny Anderson, Mark Jackson, Chris Mullin, Kyrie Irving, Kemba Walker, and the man he competed against growing up—Stephon Marbury.

But it wasn't until Moore was sixteen years old when a simple conversation with his friend made him reevaluate his thought process and get even more serious about his pursuit of being successful. One day, he saw a neighborhood friend driving a BMW. He asked his friend how he was able to get that car. His buddy replied, "My dad got it for me." Now hearing this during the plight of the drug epidemic in the ’80s, Moore became skeptical. He asked his friend again, “How did your dad get it?” It was his friend’s answer that it changed Moore's perception of the hustle and grind forever. His friend responded, “The same way we are going to get it—we’re going to go to good schools, get a good job and make a lot of money.”

A young ambitious Moore did some self-evaluating and felt that if he could see it, the he could achieve it. He proceeded to go through a mental revamp and told himself that "everything is mine." From that point on, Moore applied and was accepted to some of the top colleges in the country. 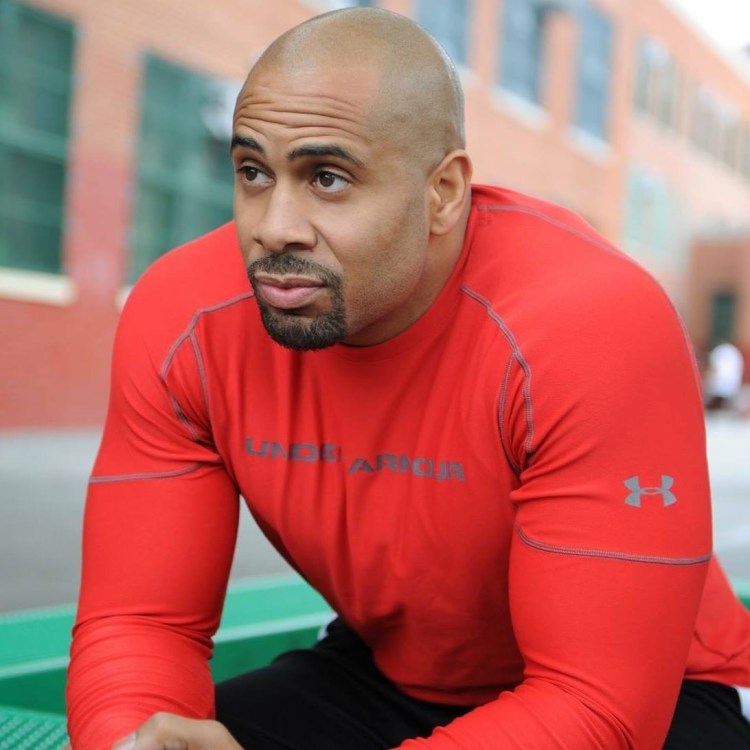 He went on to attend Boston University and joined the Sigma Chapter of Alpha Phi Alpha Fraternity. Moore graduated with a Bachelor of Science in Computer Science and eventually got a job at an IT company. But wasn't fully satisfied. After realizing that he wasn't being paid what he felt he was worth, he started his own IT lab: Absolutions IT. His hunger and the memory of that conversation he had with his friend added more fuel to the fire and he decided to shoot for the stars and apply to graduate school at Harvard.

While living in Virginia, Moore sacrificed his time to take a trip to Cambridge, Massachusetts to network and meet individuals at Harvard University. He was able to develop strong relationships with faculty members and board members, as well as students. After a year of consistent visiting and networking, he applied and got admitted to the School of Business. “I remember when I went there, somebody asked the question and I was ready for it. I was waiting. ‘Like, what’s the main reason, you know, people don’t get into Harvard?’ The guy who gave the answer was the director of the Technology Innovation and Education Department, Professor Joe Blatt. He said the main reason that people don't get into Harvard is that they don't apply. I was like, that's it?”

Like the EA Sports slogan, "If it's in the game, it's in the game," we miss 100 percent of the shots we don't take on life-changing opportunities because we were too afraid to see the results. This mentality would stay with Moore as he continued to try different areas of entrepreneurship throughout his life. 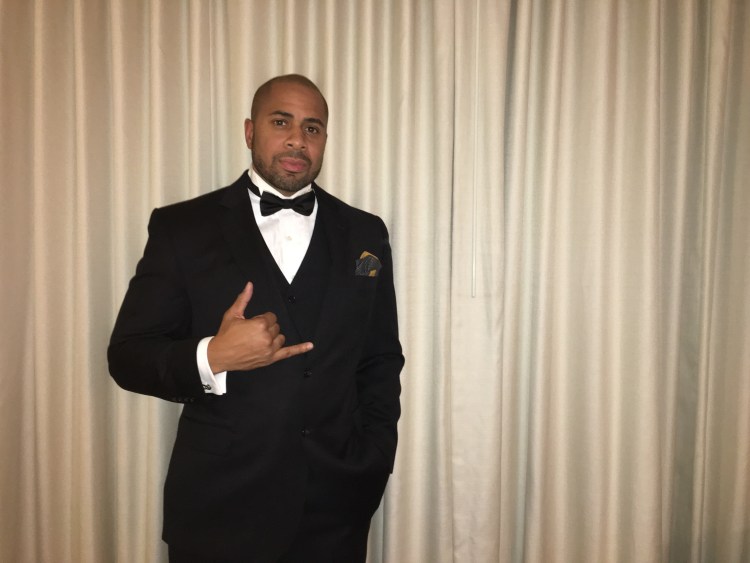 Supporting In Leadership: Discovering Your Calling

Life was good once Moore was able to open his IT business, despite the country going into a recession. His company never hit a deficit, he was receiving consistent business and he graduated from Harvard with his Masters.

“I grew up very poor. Now, I'm making real money. I always thought the key to happiness was getting out of this poor state into a more financially comfortable state. But I still wasn’t happy. I was experiencing real bouts of internal conflict. I had a crisis of conscience.”

After a long conversation with one of his best friends, he discovered that he’s a natural supporter. He realized that he came from a close circle of people that helped support him, and he wanted to pay it forward. After brief stints of motivational speaking in the Northeast region, Moore decided to put his Master's degree in Technology Innovation and Education to full use. After realizing certain students don't learn the same way, Moore decided to introduce a new initiative that creates engagement with students as they comprehend new information they are learning. While doing that, he decided to become a professor at Monroe College in the Bronx teaching Project Management, Entrepreneurship, and Sports Management.

His newfound passion for helping and positioning people to win experienced another upgrade when, in 2013, he became the Chief Operating Officer of the New Heights Charter School in Harlem, New York. When Moore arrived at the school, the fifth graders were reading two grade levels lower than the standard requirement. His program helped create dramatic improvements which led to students being accepted to Ivy League institutions. After this amazing breakthrough, Moore felt that he could elevate his game yet again. After he looked back at his accolades, he felt like there was a push for one more major accomplishment.

He had an epiphany and told his wife that he wanted to be a full-time life coach. With experience working as a Nurse and Director of Esthetics at Evolve Science, his wife had a conversation with a client who was a life coach. The client his wife was talking to was Lauren Zander, the co-founder of the executive life coaching company Handel Group.

And the rest was history.

After completing the rigorous two-year training program to become a certified Handel Group coach, Moore joined the ranks of the corporate coaching division and quickly worked his way up to executive status. Today, he works with executives, entrepreneurs, and athletes, teaching the principle of Personal Integrity and accountability, and helping each and every one of his clients get out of their own way and reach their desired results and highest ideals for themselves in record time.