2020 Hip Hop Albums: Your Guide to The Most Hyped Releases 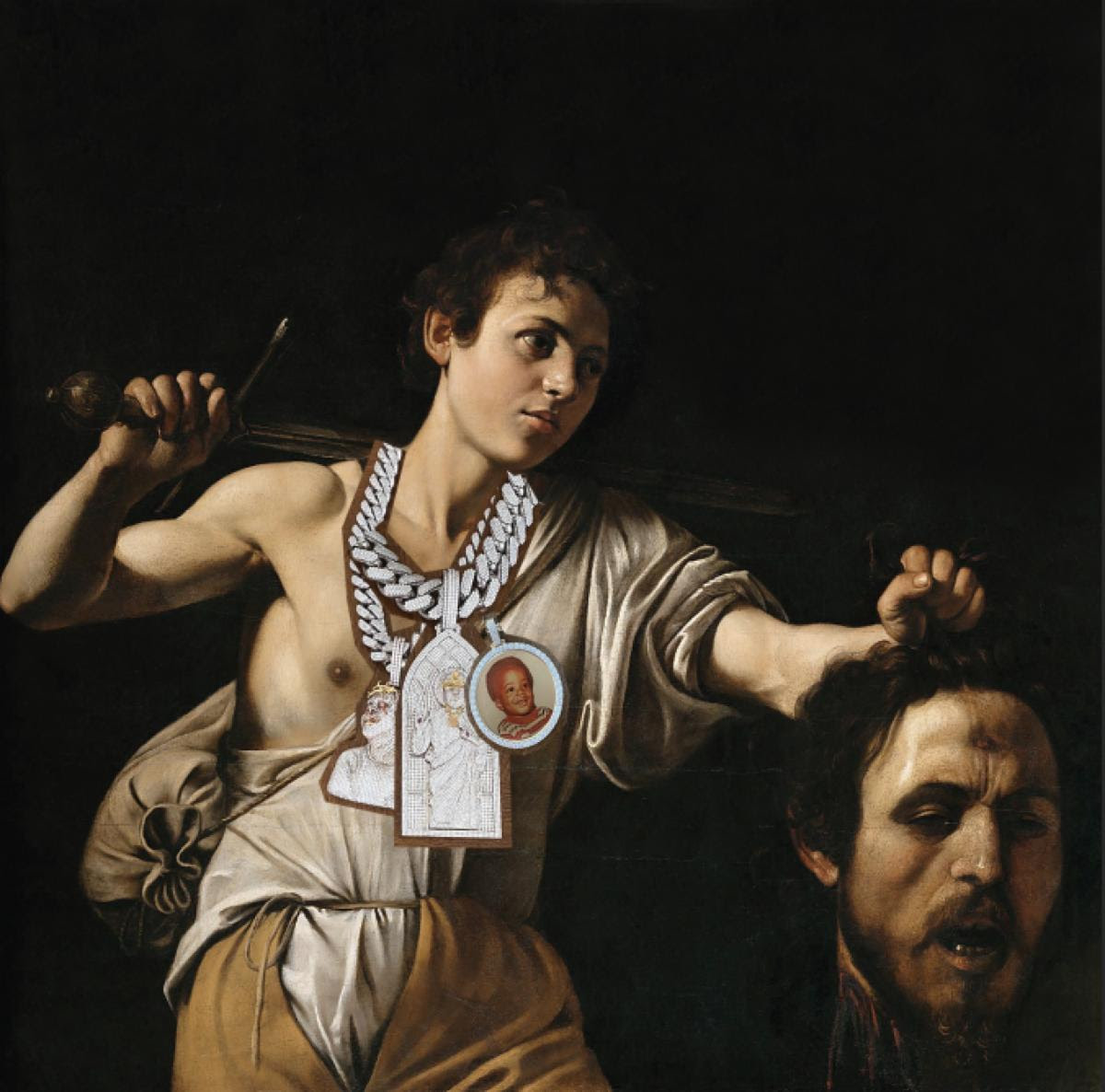 2020 is shaping up to be a massive year for hip hop. With projects from Lil Uzi Vert and Lil Wayne already in the bank, and albums from Playboi Carti, Future, Kid Cudi (and tons more) still on the horizon, rap fans have a lot on their plates for 2020. We compiled a list of the most hyped releases of the year—including those still TBD—so you don't have to. Check it out below.

What dropped so far:

Coming off his wildly successful 2018 Tha Carter V, Lil Wayne’s next project (and thirteenth studio album) was bound for greatness. And, despite mixed reviews (mixed to positive), Funeral lives up to the hype.

The Hollygrove rapper traditionally uses Tha Carter series titles for his most prepared, focused albums, while other projects have been arenas for experimentation and lower pressure releases. Many of the reviews of Funeral have emphasized its pseudo-mixtape sound. Rather than acting as a totally cohesive project, Wayne put together a more disparate 24 song album featuring a slew of different sounds and styles. As with many of Wayne’s projects, this album finds its footing most clearly in the moments when he dives into the more technical aspects of his lyricism. As with all of Wayne’s projects, the album is certainly worth a listen. Whether or not it lived up to the hype is up to you.

Yo Gotti’s tenth studio album debuted at the end of January (on the same day as Funeral) and was immediately met with positive reviews. Untrapped chronicles the Memphis rapper’s mentality and commitment to the hustle, all delivered over a wide array of beats, from soulful sleepers to up-beat dance hits. And although Gotti’s enough on his own, the project includes features from a swath of superstars including Lil Uzi Vert, Megan Thee Stallion, a Boogie Wit Da Hoodie and more.

My Turn dropped at the end of February and quickly became Lil Baby’s first Billboard number one album. Although the excessive length of the rapper’s sophomore studio album received some criticism, the project features some of Baby’s hottest tracks yet. With features from the likes of Gunna, Future, Lil Wayne and Young Thug, My Turn is a welcome addition to Lil Baby’s quickly burgeoning discography.

I don’t need to tell y’all about Eternal Atake. Widely considered to be the most hyped release of the year, Lil Uzi Vert’s second studio album was a monumental milestone in the Philly rapper’s career. Since the release of the album’s lead single, “Futsal Shuffle 2020” back in December 2019, fans have been clamoring for more futuristic sounds from Uzi Vert. This album was unbelievably hyped, and somehow, against all odds, has lived up to the massive expectations set by the rapper’s record and persona.

Critics almost unanimously agree that this is Uzi Vert’s best project yet, and the reverberations of the album’s futuristic sound are already seeping into hip hop globally. I don’t need to tell you more about this one, just go listen for yourself.

This project isn’t technically an album (it’s an EP), but the “Hot Girl Summer” rapper has actually never released a true studio album. Her 2019 project Fever was a mixtape, and her other projects have all been extended plays. Despite its meager 24 minute runtime, Suga includes plenty of hits (like “Savage”) and certainly gives Megan fans something to chew on while we continue to await her first-ever true studio album.

3.15.20 is Donald Glover’s (AKA Childish Gambino’s) first musical release since his game-changing single “This Is America” debuted in 2018 (although it is not featured on the album). The prolific singer/writer/rapper/comedian’s follow up to his critically acclaimed 2016 album Awaken, My Love! was surprise-released on donaldgloverpresents.com on March 15th before becoming widely available on March 22nd under the title, 3.15.2020.

The album (and its associated visuals) emphasize minimalism. With no identifiable cover art, album title or song titles, the project’s release was certainly unorthodox. It’s a complicated, weaving opus that unfolds over the course of the album’s 58-minute runtime. The album was met with widespread acclaim, but you’ll have to listen for yourself to determine your take.

PartyNextDoor, who rose to fame as the first artist signed to Drake’s OVO label in 2013, released his third studio album PARTYMOBILE at the end of March. With features from Drake himself, Rihanna and Bad Bunny, the album is jam-packed with bangers reminiscent of some of the singer’s biggest hits of all from projects like PARTYNEXTDOOR and PARTYNEXTDOOR TWO. Although the album drags at times, if you loved the Canadian singer’s earlier work, there are certainly tracks you’ll love on PARTYMOBILE.

This album is fire. There’s very little else to say. Featuring verses from stars like Joey Badass, Freddie Gibbs and Tyler, the Creator, this project gets better upon every listen. With Gunn’s trademark raspy flows overlaid on a series of soulful, leaned back beats, this album is shaping up to be one of the best of the year. The Buffalo rapper is still expected to release a project with Madlib at some point later this year, but we have something truly incredible to focus on while we wait.

April: 'BLAME IT ON BABY' - DaBaby

The third studio album from Charlotte, NC rapper DaBaby dropped on April 17. With a short 33 minute runtime and features from the likes of Future, A Boogie Wit Da Hoodie, and Megan Thee Stallion, the project delivers a lot of what fans have come to expect from DaBaby. Although the album was critiqued a bit for its similarity to previous DaBaby projects, there are certainly a multitude of tracks on there for fans to get into.

With the release of Dark Lane Demo Tapes on May 1st, Drake gave his fans something to tide them over until the release of his still-awaited sixth studio album, set to release this summer. The mixtape, which includes features from the likes of Young Thug, Future and Playboi Carti, is a departure from some of the Toronto rapper’s previous albums. It’s less of an entirely cohesive project, with more influence from the UK and Brooklyn drill scenes than any of his previous work. Nonetheless, it’s a super interesting project, and definitely worth listening to—especially for those who have longed for Drake to venture into uncharted territory. If one thing is for sure, we’re excited for his upcoming studio album.

When “Life is Good” featuring Drake released back in January, it was initially thought to be the lead single off of a joint mixtape between the two rappers. However, Future later confirmed that the song would actually be the title track off of his upcoming 8th studio album. The title was changed from Life is Good to High Off Life, and the project was released on May 15th. In an interview with XXL from before the album's release, Future revealed, “It’s about life and being good and just enjoying life. So many tragedies and catastrophes and everything is going on in the world. And you want to enjoy life, as long as you have it. Waking up, breathing, well, you want to be able to soak it all up and be appreciative of every moment on this earth, every moment that you’re living.” With features from Young Thug, Lil Uzi Vert, Travis Scott and more, the album is absolutely worth a listen for anyone into hip hop in 2020.

What we're most excited for:

There are an unbelievable number of anticipated projects coming out throughout the rest of 2020. From Cardi B to Frank Ocean, we compiled a list of the rumored releases below. Although a lot of these albums don’t yet have a release date (or title for that matter), we’re remaining hopeful that we’ll have a ton to listen to for the rest of 2020. See the full list of coming releases below:

Drake already dropped 'Dark Lane Demo Tapes,' but claims there's still another project on the way. It's rumored to release this summer, but there’s still no specific release date or title available. Based on the bangers off of 'DLDT' and his long record of hit-heavy studio albums, it's safe to say we're in for something pretty great from the Toronto superstar.

J Cole, The Fall Off

J. Cole’s sixth studio album has been long-awaited, and although there’s no release date yet, the project is titled The Fall Off. It’s rumored to release in 2020 and will be the rapper’s first release since his 2018 project KOD.

Since Cudi’s 2018 release of the joint critically acclaimed project KIDS SEE GHOSTS with Kanye West, the Man on the Moon rapper/singer has been quiet. But hopefully, we’ll be getting something big from the king before the year ends.

Of course, we have to take all release announcements from Kanye with a grain of salt. Jesus is King 2 was originally rumored to come out immediately following the original Jesus is King, but it now looks like it’ll come out sometime in 2020. There still aren’t a lot of details surrounding the elusive project, but it seems it will probably follow in the footsteps of West’s previous album, emphasizing the rapper’s spirituality through a gospel-inspired sound.

Let’s just say we’ve been hurt before by a rumored Frank Ocean release (Blonde’s release got pushed back too many times to count). With any luck though, the king of contemporary R&B will deliver us a project sometime before the dawn of 2021. Fingers crossed.

There’s obviously not a lot to say about this one. When Rihanna drops an album, it’s a hit. There’s no way around it. The singer has been focused on her humanitarian efforts as of late though, so the release may be pushed back. All we can do is hope.

Westside Gunn is a ONE37pm favorite, and when you pair him with arguably the greatest hip hop producer of the 21st century, well then you’ve got yourself a hyped album. Gunn confirmed this collab on his IG back in December 2019, but there are still very few details floating around. We can’t wait to see what they cook up.

Everything else set to release: