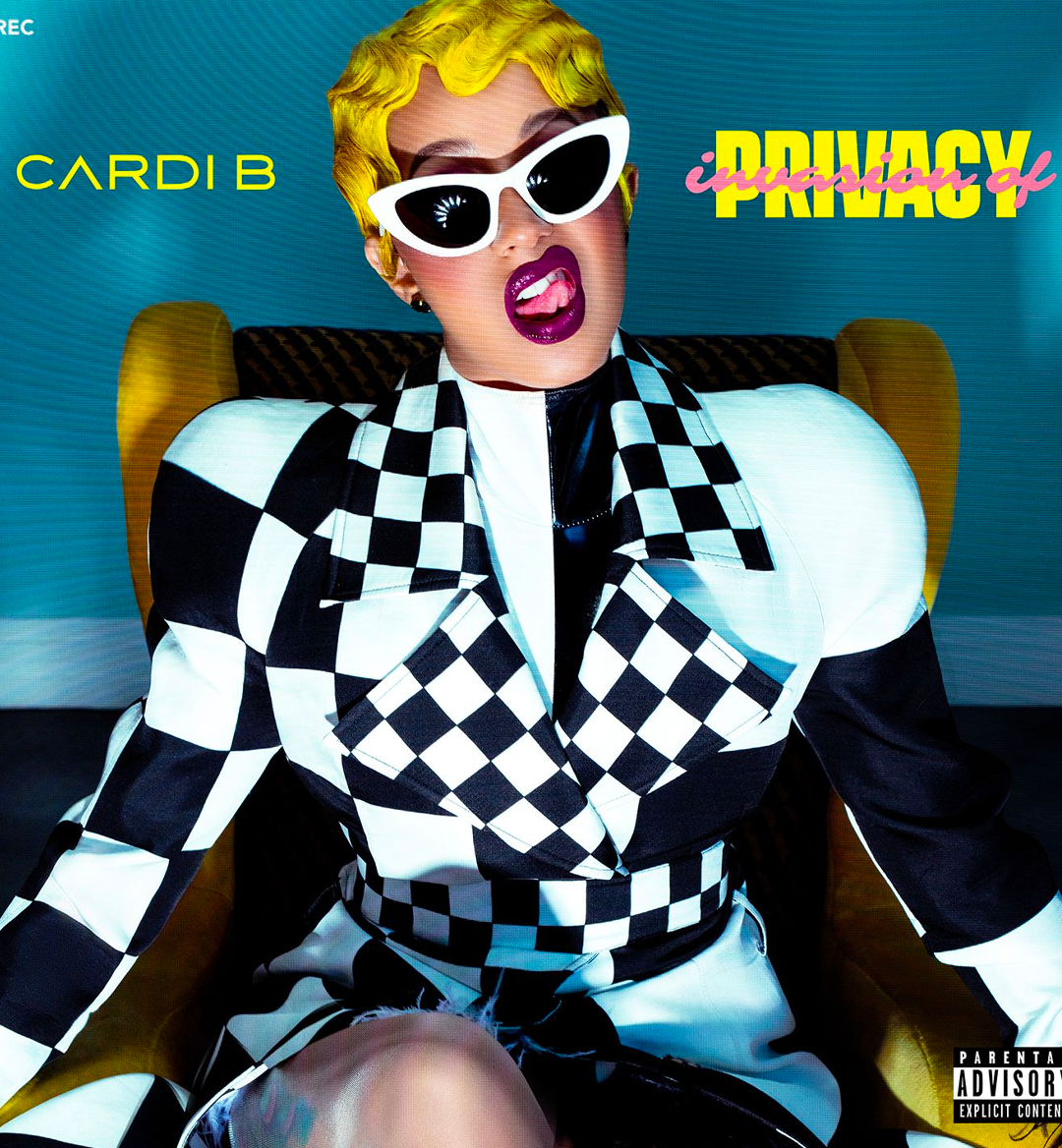 Debut albums can be tough to create. But Cardi B surely figured out how to deliver a great one. Released on April 6 2018, Cardi B’s great debut album, Invasion of Privacy hit all of the necessary marks to make it a hard-to-forget record.

Invasion of Privacy’s production, provided by heat-makers such as J. White Did It, Murda Beatz, Boi-1da, DJ Mustard and others, was top-notch. A who's who in hip-hop and r&b was recruited for perfectly chosen guest appearances.

The unapologetic and outspoken rapper put her rags-to-riches story, as well as her in-your-face style and personality on full display, which helped make her debut both relatable and empowering.

Invasion of Privacy, which debuted at No. 1 on the Billboard 200 chart, featured massively successful songs, such as "Bodak Yellow" and "I Like It." The album was not only a commercial success, but also a critical success, earning rave reviews from critics and tastemakers.

Rolling Stone recently included Invasion of Privacy in their list of 100 Best Debut Albums of All Time, as well as their 200 Greatest Hip-Hop Albums of All Time list, which says a lot. We may not agree with the positioning, (the 20 & 16 rankings are kind of wild!) however we do agree that the 13-track album can be defined as great.

It’s hard to believe that it’s been four years since the release of Cardi’s Invasion of Privacy. And that’s because the Bronx bomber hasn’t skipped a beat following the release of the multiplatinum album. Super successful singles like “WAP” and  “Up”, as well as standout guest appearances on tracks from Migos, Summer Walker and Normani have continued her hot-streak.

Showing no signs of slowing down, Cardi just delivered the first taste of what to expect from her hotly anticipated, as-of-yet untitled sophomore album. Her latest single is the Tay Keith-produced “Hot Shit”. And it features two of Chicago’s finest, Lil Durk and Ye.

First album by a female rapper to chart 2 No. 1 songs on the Billboard Hot 100

Invasion of Privacy made history for a few reasons. One was that it was the first album by a female rapper to have two songs reach No. 1 on the Billboard Hot 100. The singles "Bodak Yellow" and "I Like It” were the chart-topping joints that etched Cardi’s name in the history books.

First album by a female rapper with 2 diamond-certified singles

To receive a diamond plaque, a song or album has to move at least 10 million units. Invasion of Privacy featured not just one, but two tracks to achieve diamond status. Both "Bodak Yellow" & "I Like It" received diamond-certification from the Recording Industry Association of America (RIAA), which made Cardi the first female rapper to have two diamond-certified singles.

Invasion of Privacy made history immediately after it dropped when it became the first album by a female artist to chart 13 songs simultaneously on the Billboard Hot 100.

Almost a year after its release, Invasion of Privacy, became the first album from a solo female rapper (Lauryn Hill also won, but as a part the group The Fugees) to win the Grammy Award for Best Rap Album. Cardi beat out competition from the likes of Mac Miller (Swimming), Nipsey Hussle (Victory Lap), Pusha T (Daytona) and Travis Scott (Astroworld) to take home the coveted prize. This marked a milestone for women in hip-hop and further proved that Cardi B was a legit force to be reckoned with.

All 13 tracks from Invasion of Privacy have been certified platinum. This makes it the first album in history to achieve this feat.

First album by a female rapper to reach 3.5 billion streams on Spotify

Cardi B's Invasion of Privacy album has been streamed more than 3.5 billion times on Spotify alone. This makes it one of the most-streamed albums by a female rapper in the platform's history.