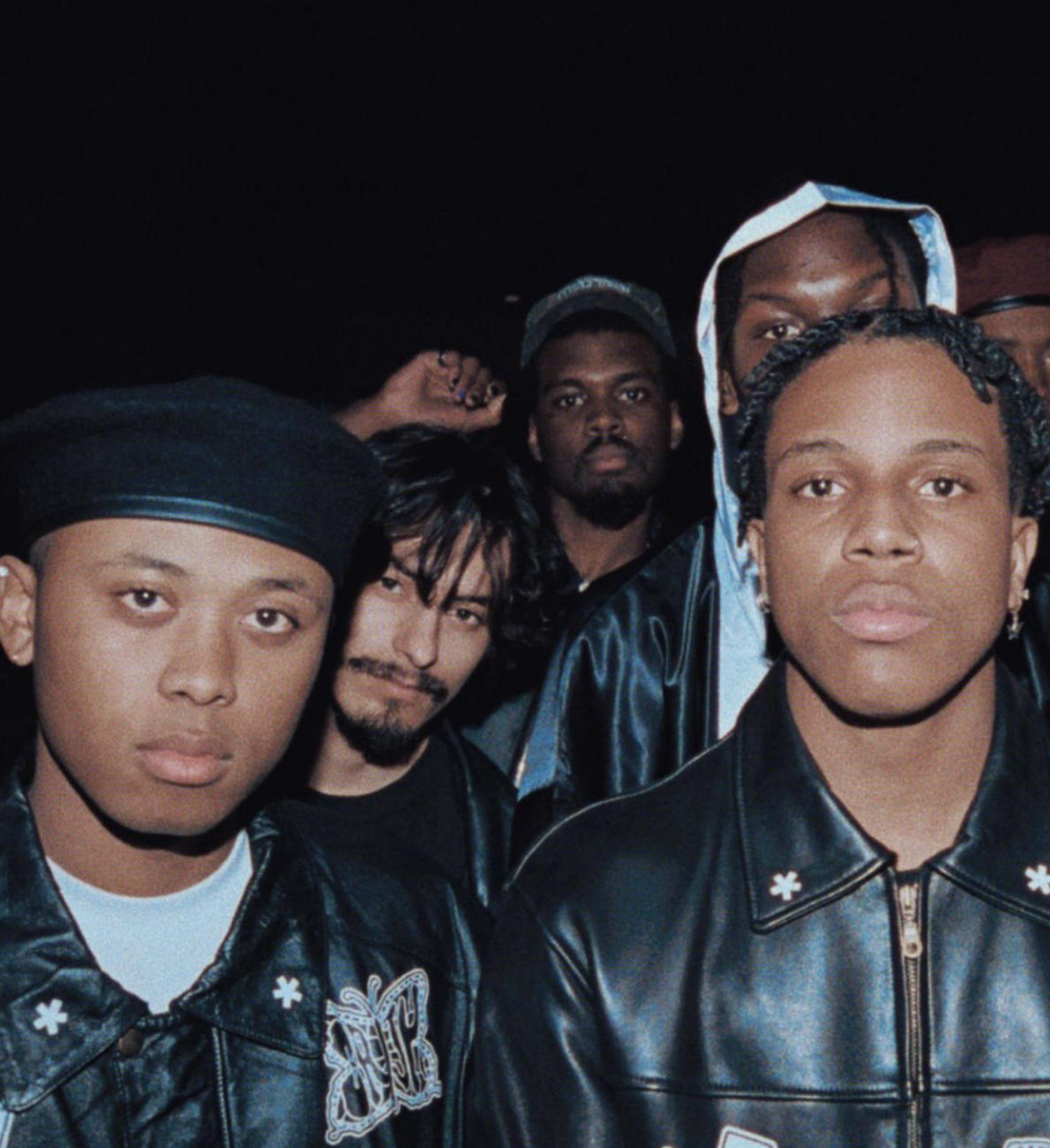 While duos and trios are familiar sights in hip-hop, it's been a while since collectives took center stage. And if we're being honest, what other collectives can fans think of besides Odd Future, ASAP Mob, and BROCKHAMPTON over the past decade? But with AG Club, the reality of hip-hop birthing collectives isn't only existent but filled with great excitement about what they have and will do.

Coming out of the Bay Area via San Francisco, CA, the nearly 15-member crew attacks all angles of the music industry. As the duo of Baby Boy and Jody Fontaine create magic on records-- their F*** Your Expectation album series is stellar-- the remainder of AG Club consists of talented photo/videographers, stylists, and graphic designers who've been friends with each other for years.

"When we first came around, people didn't understand what we do," Fontaine told me after AG Club's performance at Lyrical Lemonade's Summer Smash last Friday. "But it's dope people understand now." Terms of what have helped fans understand and accept the Avant Grande collective's efforts are great music and momentum.

Alongside both editions of F*** Your Expectations being well-received, the Bay-Area natives also collaborated with NLE Choppa and ASAP Ferg for the remix of their biggest single, "Memphis," before touring with Pusha T and Denzel Curry since the beginning of this spring. To be so young in their careers, yet able to touch different demographics is impressive, especially with great musical aspirations.

Upon listening to AG Club, you'll quickly recognize their diversity in sound. In one moment, their music can spark a riot ("Columbia"), the next, their harmonies will remind you of the early 2000s R&B-pop group B2K ("Popeye" feat. Peach Tree Rascals), and lastly, you'll find the fitting anthem to play in your car ("Brass").

This level of execution reminds rap fans like me, a millennial in his late 20s, of the previously mentioned Odd Future and ASAP Mob. "Everything is better when you're doing it with friends, and we saw that in Odd Future and ASAP Mob," Fontaine says before he and Baby Boy point to their friends. "We all love this s***," Baby Boy says with a smile. "We do it together because it makes sense."