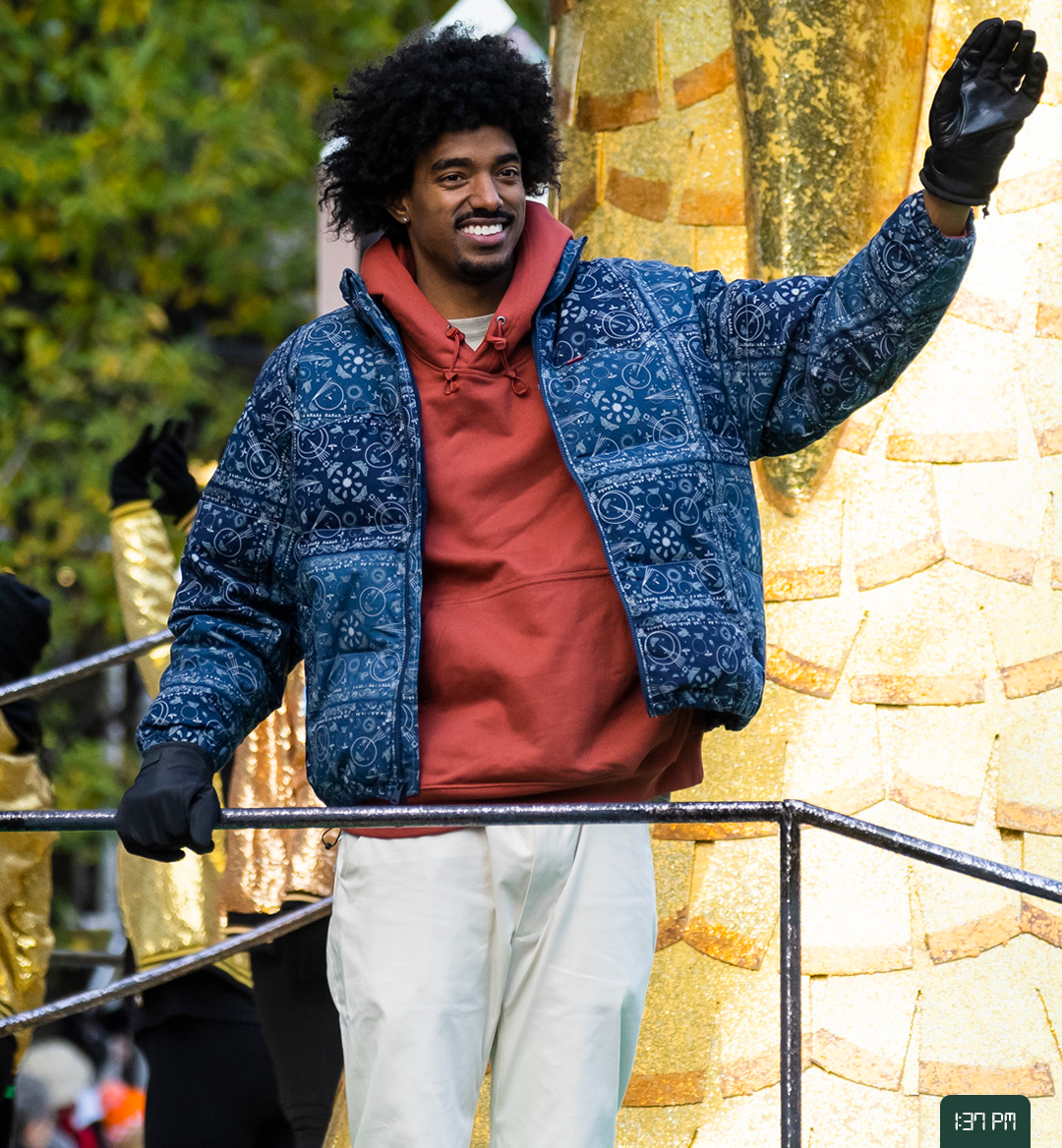 In 2021, we saw the emergence of lots of talented artists thanks to TikTok, valuable co-signs, and stories of triumph and persistence. Spanning across several genres, countries, and languages comes a list of twenty-two different artists that have a lot to offer their listeners.

Below are twenty-two artists that we believe will have a big year in 2022 and that you should keep an eye out for (in no particular order).

Doechii is coming off a big 2021. She was featured in Isaiah Rashad’s latest album on the track “Wat U Sed” and even appeared on some tour dates with the artist. Additionally, she even opened for SZA. This is all thanks to her growth and persistence on TikTok. We even heard rumors of an album releasing in the first or second quarter of 2022, so that will definitely be something to look out for.

Tai Verdes is continuing his meteroic rise across the music industry. In under two years, he went from selling phones at a Verizon store to becoming one of the next up-and-coming artists. In 2021, released his debut album TV, which features his hit songs “A-O-K,” “DRUGS,” and “Stuck In The Middle.” In addition, he recently performed at the Macy’s Thanksgiving Parade to an audience of millions tuning in across the country on their television.

Fresco Trey will be a name that you’ll want to remember going into 2022. This past year, he released several singles including “Feel Good,” and its remix with Lil Tjay, helping achieve millions of listeners on each track. Furthermore, he released his EP Heartbreak Diaries, a seven-track project that shows off Trey’s versatility as an artist.

Additionally, Trey partnered with DraftKings, the sports betting operator, to release “Draft Kings,” a song that displays Trey’s confidence and dominance as an artist. In December, he released “Couple Hunnid,” as a result of a preview of the track going viral on TikTok. Today, the track is on repeat 24/7 and is stuck in our heads.

There’s a lot we can say about Polo. The New York native is coming off a huge year thanks to the success of the NYC-based hip-hop collective Surf Gang and his own releases. Likewise with Trey, he released a song entitled “Draft King” with DraftKings that has over two million views on YouTube.

Also, in 2021, he released his highly anticipated album I.C.F.M. Pt. 3, which dropped in November and has hundreds of thousands of streams. Be sure to tune into our album recap below if you haven’t yet.

Millie is looking to expand upon her already impressive reach in 2021. The past month alone, she played her first show in the United States with ONE37pm, GaryVee, and Coinbase at Art Basel in Miami, Florida. Since then, she has also performed in Atlanta and North Carolina, picking up steam in just a short amount of time.

Her versatile voice has helped her collaborate with Lil Keed and Unfoonk in 2021, but that’s not to forget her major features with Young Thug back in 2017. She has strong ties to Young Stoner Life (YSL) Records and we’re sure that she will continue to release music consistently and perform at shows in 2022.

While Bk is still a young artist, she has learned a lot during her time as a buzzing artist, but now she is looking to take over in 2022. We had the opportunity to go to a Bktherula concert and interview the artist, and the future is bright, to say the least.

Coming off her 2021 album Love Black, she shows off her skills, silencing her haters once and for all. She can do it all, rap, produce, sing, and that’s just the tip of the iceberg. Be sure to tune in to our write-up on her!

Bino is an artist strongly affiliated with Young Nudy and signed to Paradise East Records. He recently released his album Cousin Feeter, a project that shows off his skill and potential as an artist.

Blu is a standout emerging artist who finished up a tour with Jungle not too long ago. Additionally, she is getting into NFTs herself, immersing herself in the emergence of web3. Furthermore, she plans on making a splash in the NFT world, planning on releasing a project in 2022.

Tom’s sense of community has helped him develop a cult-like following. In 2021 he released his album Sometimes Sorry Isn’t Enough. Additionally, he began to build out his Discord for The Delivery Crew, which has thousands of supporters of Tom’s music.

Tom performed at Rolling Loud Los Angeles around two weeks ago and is looking to continue to play shows and expose his music to a new audience. His music could very well be the next wave.

Yoda’s TikTok following is really strong thanks to being early on the platform and always experimenting with his content and ways to engage with his audience. Over the past year, he became close with Young Thug, signing to his Young Stoner Life (YSL) Records. The buzz is real, as he released two “debut” songs in 2021, gaining millions of streams and attracting buzz to his music videos for their distinct visuals.

Trench is one of the few artists we 100% believe in. He is the first artist to show up to the studio and the last to leave each session. He’s from Cincinnati, which he represents heavily, even currently living there. He even recently collaborated with Cole Bennett of Lyrical Lemonade for his song “Toxicity.”

We believe that Sam is really about to leave his mark in 2022. He recently dropped his debut album Homeless Star, where he goes over his experiences and feelings of a lost boy from Detroit, Michigan. ONE37pm published a comprehensive recap of the album, which you can read below!

The Puerto Rican artist had a huge 2021 and we expect him to have an even bigger 2022. Signed to Rimas Entertainment, the home of artists like Bad Bunny, Arcángel, Tommy Torres, and other artists who are dominating the Reggaeton and Latin space right now.

In 2021, he released Sauce Boyz 2, a twenty-two-track project with an impressive list of collaborators such as Sech, KAROL G, Myke Towers, and Nicky Jam, to name a few. While Eladio currently boasts an impressive ten million monthly listeners on Spotify, we’re positive he will have an eve 2022.

The queen of Queensbridge is poised for 2022. She’s a very intelligent artist, graduating college in just three years, so we know that she is maneuvering her way across the music industry planning something big. In 2021, she received a co-sign from French Montana, so that alone is a significant feat.

She is also a part of an NFT drop that will be happening in early 202. Ilham is close to the Vayner family and personally told us that 2022 will be crazy for her fans.

Rich Music’s Paopao has a lot of strong buzz on social media, especially on TikTok, developing a loyal following on the platform. We know she is also about to enter the NFT space in early 2022, so be sure to stay tuned for that!

The Miami-based artist has captured the attention of hundreds of thousands of people on social media for her authentic and influential personality. Currently, she is trying out YouTube Shorts to grow, which puts her ahead of other artists in the emerging YouTube media space. She brings a unique style and flow to the emerging Latin space.

Poppa is an emerging artist from Jacksonville, Florida that’s gaining buzz quickly. In 2021, he released his album Blessed, I Guess, and a new single in “Feenin’,” a catchy single that is being featured across hundreds of playlists.

We recently released a profile on Poppa, so if you’re not familiar, be sure to tune in!

There is a lot to say about the Kenyan-born, Minnesota-raised artist. In 2021, he appeared on different renditions of several Kanye West songs from his album DONDA. This was thanks to signing with Ye’s manager Bu. KayCyy is also signed to Kanye West’s record label, YZY SND, which was started back in July.

KayCyy’s unique flow and writing abilities have helped him develop writing credits for artists like Kanye, Lil Wayne, and Travis Scott, to name a few. More recently, there was leaks of a song he was working on with A$AP Rocky, which we hope will be released in 2022.

We really believe that Kayo is poised for a big 2022. He’s young, signed to YSL Records, and offers a wide variety of talent. Additionally, we heard a snippet of his new song, produced by Richie Souf, and saying its crazy is an understatement.

Lulú’s personality has shined this year on TikTok, helping her gain a loyal following for her covers and fashion videos. Signed to Slowly, she has a great support system behind her with Adrian Be not just helping distribute her music and manage her, but also producing for her. The Mexican singer is aspiring to be in the same lane and be just as big as Ariana Grande.

She was recently on the Monday To Monday podcast, so be sure to tune in to that!

Much like Lulú, Benjas is a Mexican-based artist signed to Slowly. His music and live events contain lots of high energy. Out of every artist that makes music in Spanish, that we cover, Benjas has the most easily-accessible flow for any hip-hop listener.

To say that Satomaa is just talented would be an understatement. She is a rapper, singer, songwriter, and multi-instrumentalist, which is just hitting the top of the iceberg. She had a big year thanks to her authentic personality shining through on TikTok. Since her song “Alternate” dropped in 2021, it has appeared in the Monday To Monday playlist every week.