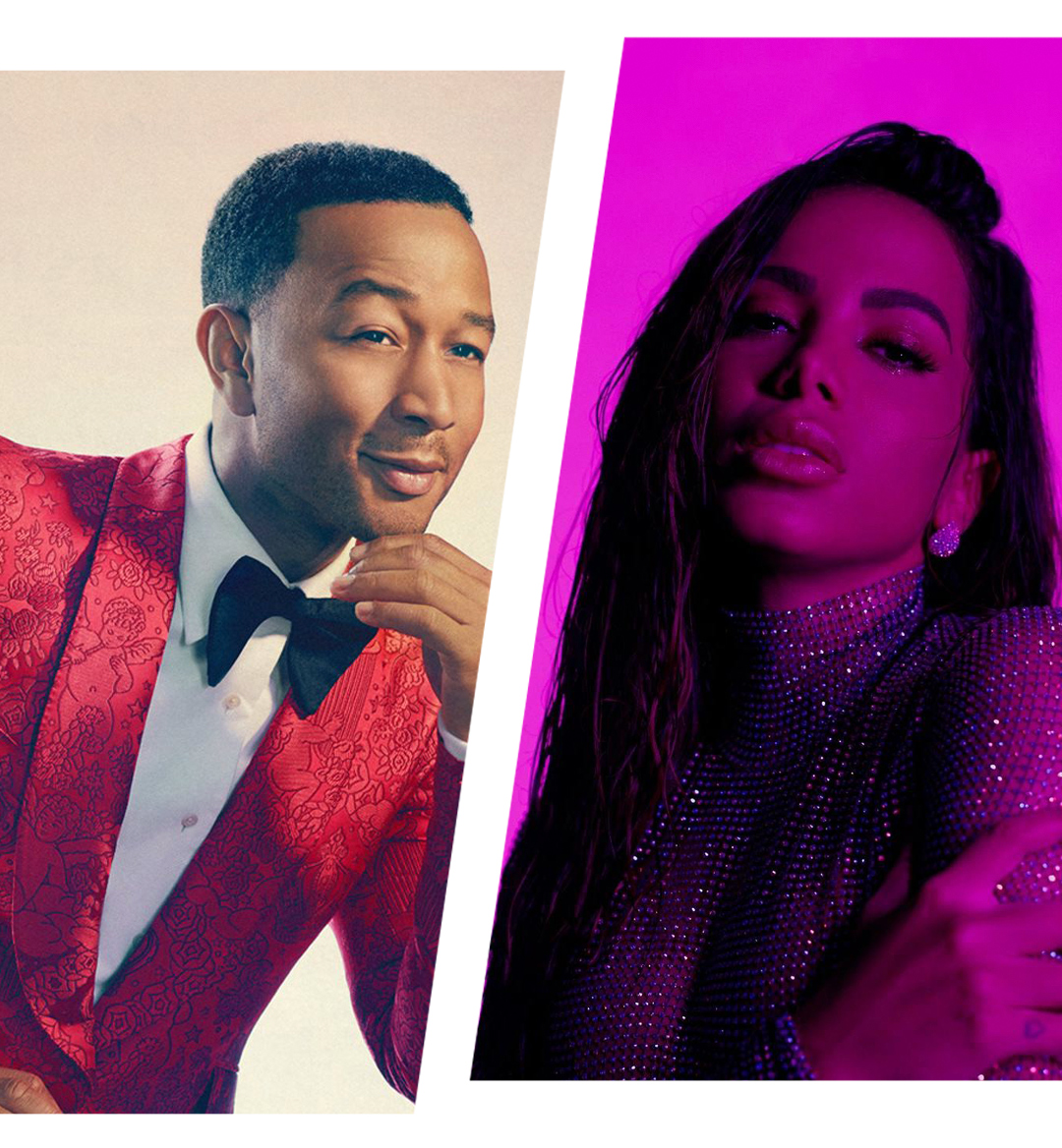 John Legend, who recently became one of only 15 EGOT winners in award show history, is ready to get you in the Christmas spirit with his new album, appropriately titled A Legendary Christmas. The acclaimed crooner treated New Yorkers, including two ONE37pm editors, to live versions of several of his holiday songs during an intimate performance this week at iHeart Theater, where his wife Chrissy Teigen hopped on stage to surprise fans while Legend beautifully sang "All of Me" straight to her face.

"I'm glad I waited [to do this album] because it's nice to have a family now," said Legend, a father of two. "It makes it more special. You don't make a bunch of Christmas albums in your career, you probably only make one. It feels like the perfect time."

We agree, so we've put his "Bring Me Love" on my BAH's Bangers playlist this week. Amid the other 12 additions are bangers and ballads from Imagine Dragons ("Bad Liar"), Anitta ("Goals"), Kane Brown ("Lose It"), Sabrina Carpenter ("Paris"), Backstreet Boys ("Chances"), Kodie Shane ("Hiatus") and more.