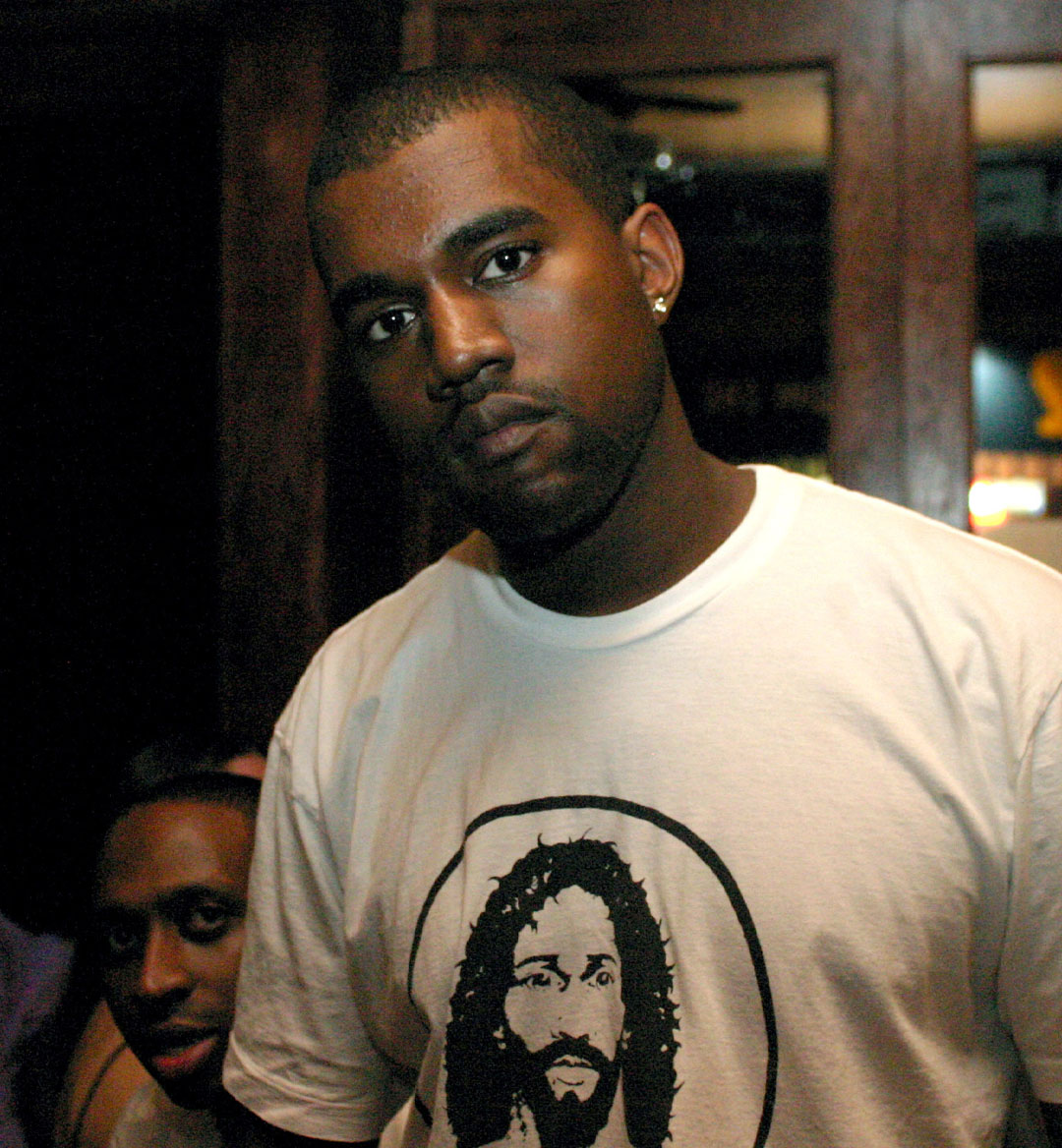 No matter which way you feel about him personally, you can’t help but agree with this unanimous statement - Kanye West is simply a beast behind the boards.

When he steps into any studio, an amalgamation of incredible sounds will form under his watchful eyes and ears to create a soundscape like no other. The man is responsible for producing some of the greatest beats the world has ever laid witness to for the GOATs such as Jay-Z, Common, Brandy, and so much more.

His beat-making mastery is legendary, but so is his lyrical deftness and strong ability to put together an unforgettable body of work on one album. Since 2004, Yeezy has dropped solo projects that have either stood the test of time or been relegated to a forgettable footnote in his storied career. This writer in particular has listened to all of Kanye’s LPs from front to back for an assignment that I’m sure will elicit some “passionate” responses.

In my humble opinion, these are all of Kanye West’s albums ranked from worst to best.

I commend Kanye for finding a newfound appreciation for non-secular music. He’s certainly been through a lot during his star-making run and has been stricken mentally by the ills that come with the price of fame. I was super excited to hear what he managed to cook up for this project that was focused on showing love to the heavens above.

Sadly, however, I came away largely unsatisfied with what this album has to offer. Jesus is King certainly puts forth a powerful and positive message, but the actual execution leaves a lot to be desired. “Every Hour” and “Follow God” are this album’s standout tracks, while everything else disappoints due to a mix of mediocre production and unimpressive wordplay. Even the cover for this album clues you into just how uninspired it ends up being. Let’s all hope Kanye comes correct the next time he decides to honor the Father, the Son, and the Holy Spirit.

Ye isn’t remembered too fondly and I can certainly understand why - at the time of this album’s release, Yeezy was given a lot of slack for its questionable lyrics. Plus the public perception of the man himself wasn’t exactly the most positive. Even with all that being said, I still enjoyed this shockingly short compilation of tracks. “Ghost Town,” “No Mistakes” and “Yikes” go extra hard, while “Wouldn’t Leave” and “Violent Crimes” both offer more soothing listens that impressed me way more than I originally thought they would.

“I Thought About Killing You” is a pretty dark verbal look into Kanye’s innermost struggles, but its overall message has a way of pulling me in for a full listen every time it comes on. Ye’s relatively short run time when compared to Kanye’s other full projects holds it back from being higher on this list, however.

After a series of big stadium status listening sessions and false start release dates, Donda finally arrived on streaming services everywhere. And after sitting with it for a good while, I came away from it feeling a bit underwhelmed. Sure, it has a series of bass knockers and Sunday Service worthy anthems. "Off The Grid," "Junya," "Jail," and "Hurricane" command everyone's attention thanks to a combination of strong features and amazing production. "24" even brought a tear to my eye due to the sensational choir singing its praises on it.

But with 27 tracks in total on Donda, it ends up feeling overstuffed. The usage of Part 2 variations of songs that are featured earlier on this LP feels unnecessary, plus some of the album's later tracks end up being completely forgettable. Ye's bars also pale in comparison to his more melodic performances here, which is something I never thought I'd say out loud. Donda starts strong, but peters out the longer it goes.

808s & Heartbreak is one of those left-turn albums that completely caught me off guard when it dropped. Here I was expecting Good Ass Job and what I got instead was an R&B-centric compilation full of introspective cuts. And for the most part, I enjoy what’s on offer here. “Say You Will,” “Heartless,” “Amazing,” and “RoboCop” have and always will enrapture me every time I hear them.

This is one of those Kanye LPs that switched things up to a major degree and ended up succeeding in the end. I might not be the biggest fan of some of the other tracks on this album, but I’ll always commend Kanye for going in a completely different direction with 808s & Heartbreak. The fact that it influenced an entire generation of artists that came after him can’t be understated.

Yeezus is one of Kanye's most braggadocious albums. And what makes that so is his choice of bars and the electronic music influences that can be heard over most of this project’s outlandish beats. When this album hits, it hits extra hard. “New Slaves,” “Blood on the Leaves, '' and “Black Skinhead” stands out as the most impactful tunes on this album.

That’s because the production backing those songs gives them that stadium status, which paints them as the types of tunes that would make a concert venue full of fans lose their collective minds. Yeezus certainly has a lot going for it thanks to the fact that it showcases a point in time where Kanye went all-in on hard-hitting electronic soundscapes. What keeps this one from being placed higher, you ask? “Hold My Liquor.” Yeah, never really enjoyed that track too much.

I’ll never forget how convoluted the rollout for this album was. Kanye’s a perfectionist, so it wasn’t all that surprising to find out that he continued playing around with the mastering of its tracks even after release. When I finally got to listen to the final version of The Life of Pablo, I was thankful for Yeezy’s decision to make it sound as crisp as possible.

What’s so funny about this album to me is the fact that Kanye refers to it as a gospel album - it certainly comes off a lot better than Jesus is King, if you ask me (please don’t smite me for that comment, whoever’s up there.) This album’s high quality just can’t be denied - “Ultralight Beam, “Father Stretch My Hands Pt. 1,” ''Waves,” and “Real Friends” are the best confirmations of that statement. I find myself going back to this album on the regular just so I can hear “I Love Kanye” and reminisce over all the commendable traits he reflects on all over that short yet still effective track. The Life of Pablo may run a bit long, but I enjoy most of my time spent with it.

I can remember being one of those kids in high school that blasted “Slow Jamz” at annoyingly high volume levels for all my friends to hear during rides back home on the train. That single took over my world and still holds a special place in my heart. The same can be said for The College Dropout as a whole. This is a hell of a debut for Kanye that captured my imagination due to its incredible production and college student struggle bars (which I came to experience later on in life).

The College Dropout stuck to a central concept and reflected the best/worst parts of that experience from front to back. “All Falls Down,” “Spaceship,” “Jesus Walks,” and “Get Em High” are my favorite joints off this LP. And I even got a kick out of all the skits littered throughout this super-strong debut album. This was a hell of a sendoff for Roc-A-Fella’s storied run on top.

It’s something about the cover for Late Registration that hits me right in the soul every time I see it. The instantly recognizable bear mascot that accompanied Kanye’s first three releases comes through those college doors and looks deathly afraid of whatever’s coming next. Thankfully, what follows is an album that shows Kanye leveling up on his production and lyrical dexterity.

Another aspect of this album that really sticks with me is its features - Kanye rubbed shoulders with legends such as Jay-Z, Nas, Cam’ron, Lupe Fiasco, and even Maroon 5’s Adam Levine for this amazing follow-up to The College Dropout. “Heard ‘Em Say,” “Touch the Sky,” “Gold Digger,” and “Drive Slow” are some of Kanye’s greatest songs. And thankfully, those and a whole bunch of his other top-tier tunes are strewn all over this album. Late Registration is well-deserving of its classic Kanye album classification.

From the very first chords that kick off “Good Morning” right up until the heartfelt dedication to Jay-Z that is “Big Brother,” Graduation excels as a championship victory that solidifies Kanye’s placing among the GOATs. Every song on this album has a purpose that was greatly fulfilled - “Champion,” “Everything I Am,” ”Can’t Tell Me Nothing,” and “Flashing Lights” are the types of tracks that could get a deeply introspective thesis paper dedicated to them.

Kanye was definitely at the height of his career for this album and easily thrashed 50 Cent during their album release rivalry. Even “Drunk and Hot Girls” has a bit of merit to it (which I still recognize as one of Graduation's weakest tracks). The great stuff that’s on tap here still slaps and the art that comes with this album’s cover is God-tier. Graduation is simply amazing.

“Dark Fantasy.” “Gorgeous.” “Power.” “So Appalled.” Those four tracks alone would already guarantee this album’s legendary status. But My Beautiful Dark Twisted Fantasy has a collection of other tracks that push it to the top as Kanye’s greatest album of all time. The beats that are heard here are next level - Kanye, No I.D., and even RZA constructed the types of productions that hit you right in your soul.

Besides this album’s prodigious array of beats, it also features some of the best hip-hop/R&B posse cuts I’ve ever heard. “Monster,” “All of the Lights, and “See Me Now” brings together some of music’s biggest artists for audio celebrations. My Beautiful Dark Twisted Fantasy easily takes the top spot as Kanye’s magnum opus. Now lemme head off to watch those super dope visuals for “Runaway” real quick...