ETC did the effects for the project directed by François Rousselet 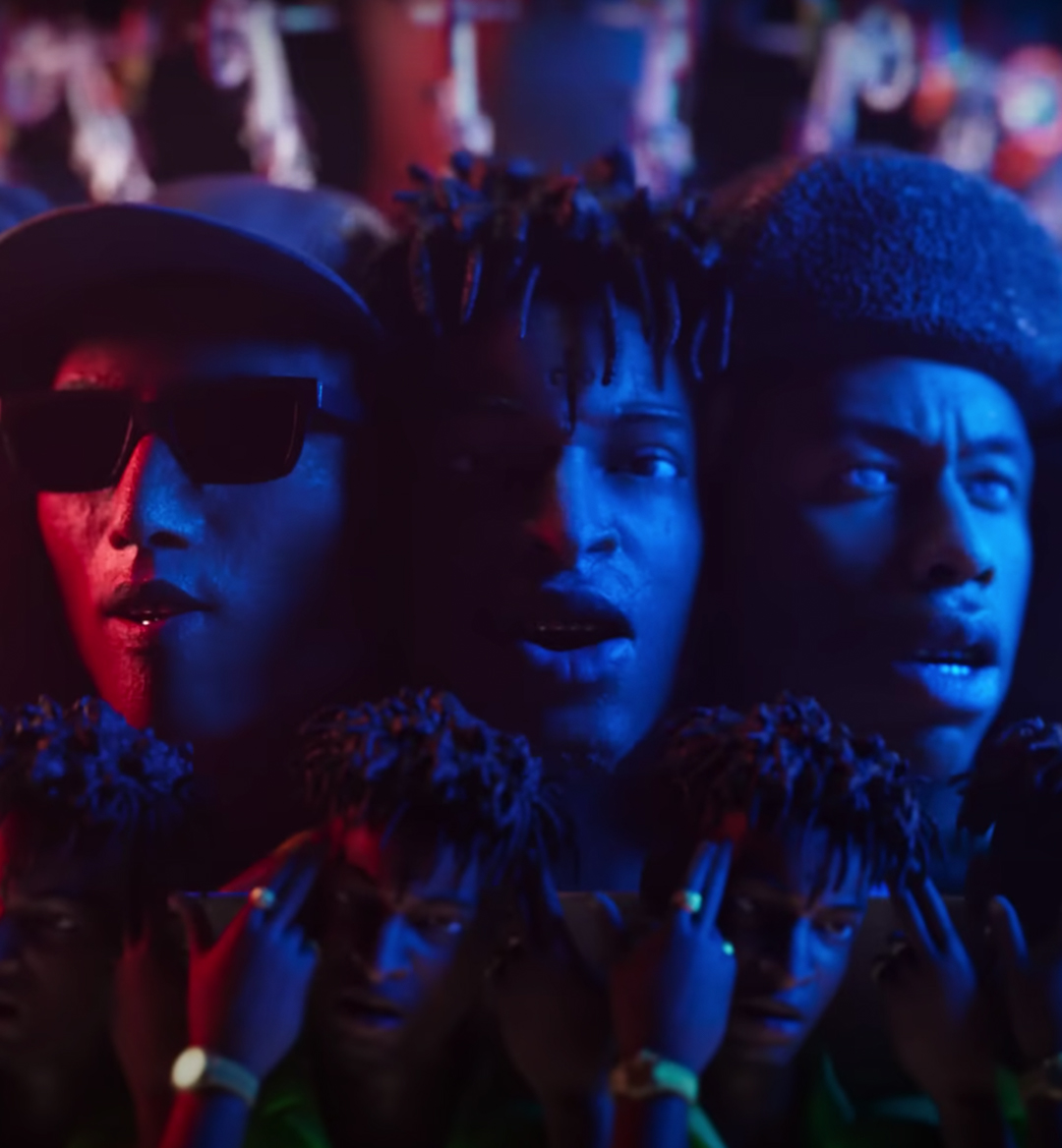 The music video for Pharrell’s “Cash In Cash Out,” is, in short, a visual symphony. The repetitive nature of the song itself finds parallel in the repetition of the visuals—all of which were concocted digitally in a fashion meant to invoke media-making practices of antiquity. The entire video revolves around a Zoetrope, constructed to appear as a claymation cinema experience. The visuals beg the question: was this real or CGI? We spoke to the team behind Electric Theatre Collective, who conducted the visual effects for the project to hear how it came to life.

What is Electric Theatre Collective?

Electric Theatre Collective was started by three friends nearly 11 years ago, all of whom had been working together at a larger a larger visual effects studio. “They did that kind of tried and tested thing of hitting a wall, and deciding that they wanted to start working together with their mates and not working for a huge company,” Jon Purton, managing director of Electirc Theatre, tells me. They got a small office space, and started booking clients. “I don't think they thought it would be as impressive as quickly as it was. It kind of exploded,” Jon explains.

It’s a company set up by a group of friends that just want to do cool stuff.

Today, Electric Theatre Collective boasts as many as 100 employees, and conducts post-production work for numerous ad campaigns, TV/film projects and music videos. Jon joined the company around five years ago, and remarks: “As we’ve gotten bigger, we’ve tried to retain that small vibe.”

For Electric Theatre, music videos often fall into a bucket of passion projects—those the team is really excited about working on. “The days of big budget music videos kind of died out,” Jon explains, adding: “so when we’re choosing what projects to press go on, everybody’s gotta be kind of in love with it.” That’s how they teamed up with director François Rousselet and his company DIVISION to do all of the effects for Pharrell’s latest video, Cash In Cash Out.

Cash In Cash Out

“The Pharrell video is definitely my personal favorite project, and that’s the case for a lot of the guys,” Jon tells me. To my surprise, the project has been in the works since 2020, when Pharrell and his team first approach Francois and DIVISION to produce the video. When the pandemic hit, nobody could shoot live action anymore, so rather than utilizing practical effects to construct a claymation aesthetic, “they came to us,” says Jon.

“Traditionally, we’ll get a chronological script, but this was kind of a collection of ideas. It’s a narrative piece, but really it’s more like an art sculpture,” Jon explains the in-progress project when it first fell on their desks. “Everyone fell in love with the idea."

When ETC first began working on the project, there was only one featured artist: 21 Savage. But they knew there was intent to add another feature, so they paused the project in late 2020 as they waited to determine who would be locked in. Pharrell ultimately for Tyler, the Creator for the track's second feature. “21 and Tyler are so different that it works,” Jon remarks, adding: “You get to the end of 21’s verse and you need that Tyler pickup. It’s almost like the video restarts again.”

”If you stopped on any frame, we wanted there to be so much detail that people would just go back and watch it again. Just to pause it, or grab a screengrab to make a desktop background. Something that’s visually crazy,” he recounts. Go ahead and test it. Pause any part of the video, screengrab it and zoom in to see how immensely detailed every object is.

We wanted people to question whether we did this for real or if it was CGI.

The entire artwork is meant to replicate a Zoetrope, and Jon tells me that the construction was so detailed that one could truly build a version of the antiquated animation device based on the modeling they did for the video. “We could, in theory, take this and build it for real, mechanically,” Jon explains to me. The video’s invocation of a vintage style imbues the whole viewing experience with a sense of the dichotomy between past and present technology.

The Future of ETC

Jon is extremely optimistic for the future of ETC with numerous projects underway. They worked last year on a project for Meta, and Jon is eager for the future of AI and generative art and the impact it will have on the medium of visual effects.

“We’ve got a big character piece we’re working on with some familiar faces that’ll come out the backend of this year,” Jon teases, joking to me that they’re already working on scripts for the end of the year: “It’s summer time, but we’re looking at scripts with Santa Claus.”

They’ll also release a behind the scenes video chronicling the creation of Cash In, Cash Out in the next few weeks, which will reveal some of the objects and loops produced by the ETC team that didn’t make it into the final cut.