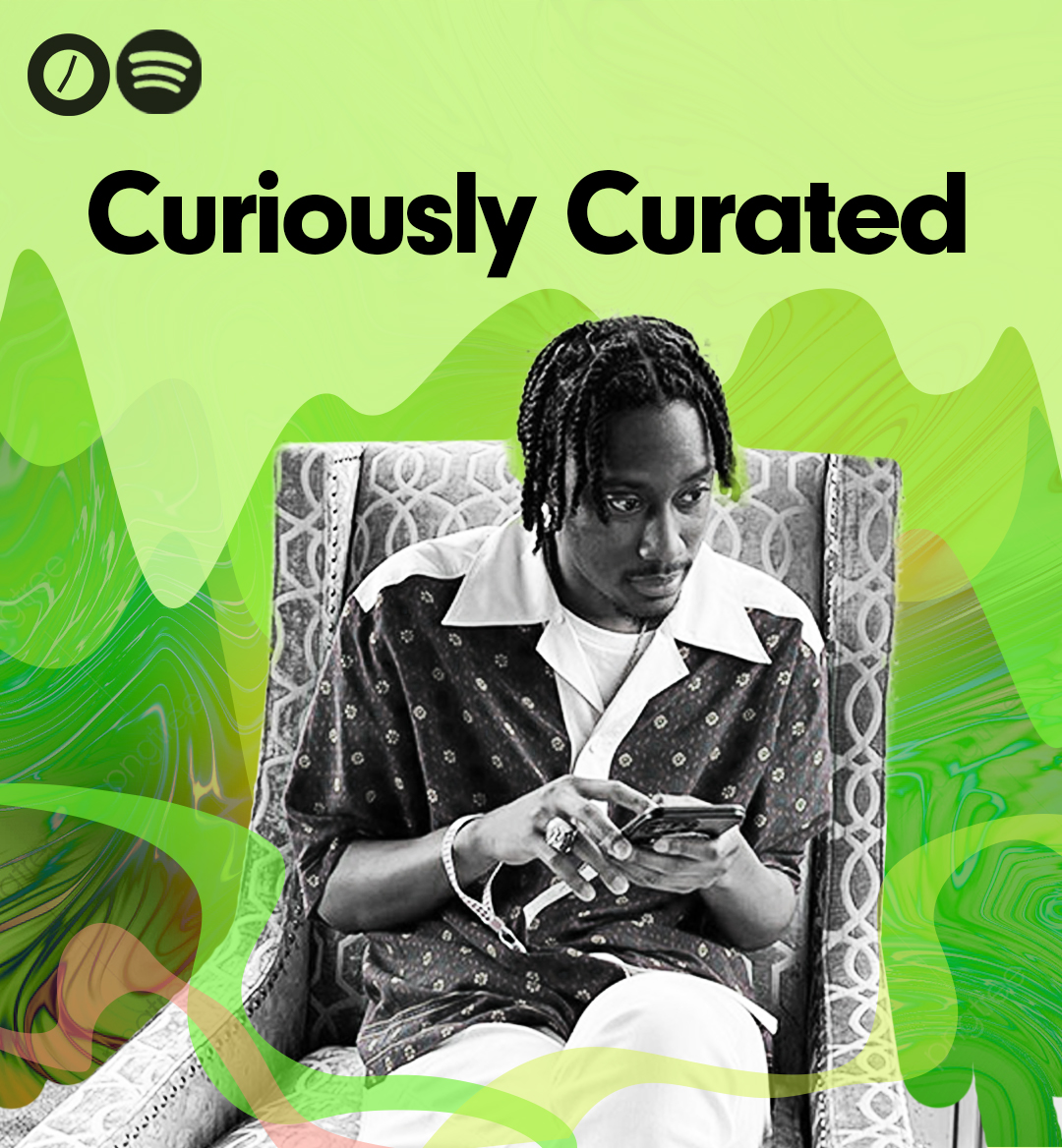 One of my favorite phenomena in music is when you come across a producer who has recording capabilities. 2forwOyNE is all that and more, and I've had the pleasure of being familiar with his work for a few years now. He's one of Jack Harlow's go-to producers, and has served that role since they began their emergence from Louisville, Kentucky.

For first-time listeners, "Sylvia" from Jack Harlow's 'Loose' album is a perfect way to get familiar with Woyne. Not only did he produce the ear-catching beat, but his verse and role in the hook make it what it is. In the time since "Sylvia," 2forwOyNE dropped off his debut project in 2020, 'Growing Pains,' as well as serving a crucial role in the Louisville group The Homies. "Leaf Wraps" and "White Lies (with Jack Harlow)" by The Homies is included below, you can thank us later. Oh, and by the way: 2forwOyNE produced both.

It is virtually impossible for you to have not heard of ATL Jacob in some way. You would've had to ignore the "ATL JACOB ATL JACOB" tag at the start of Kodak Black's hit song "Super Gremlin," along with many hits from Future's latest project, 'I Never Liked You.'

If you take a deeper look at his Genius page, you'll notice that he's produced some of the most iconic hits from the last 5 years. Seriously, I was mind-blown when I realized just how many classics he's produced: "Sup Mate" by Young Thug and Future, "Intro" with Roddy Rich, Future's "Ridin Strikers", and even "Pablo" by Kanye West, Future, and Travis Scott from 'Donda 2.'

Even though he's got an extensive catalog, it seems pretty clear that ATL Jacob is just getting started.

Just a few years ago, Roy Lenzo was enduring humble beginnings, building a studio business out of his bedroom. Before long, he found himself serving a crucial role at Take A Daytrip's No Idle studio in SoHo shortly after their breakout hit with Sheck Wes and 16yrold, "Mo Bamba." Now, he's a Grammy-nominated, Billboard #1 hit-having producer.

Over the course of years, Roy has built one of the most impressive catalogs you'll see from any producer, including Lil Nas X, Kid Cudi, and IDK. He built this brick by brick, with patience and a sharp attention to detail. Whether you check out his work on Lil Nas X's "MONTERO" or his work with up-and-comers like Pasto Flocco ("That's Cap"), one thing's for sure: Roy has a great deal of talent.

Years ago, when Sheck Wes' 'Mudboy' was released, the curation of beats on the project was one of its best features. One of the standout producers who contributed to the album is Lunchbox, an insanely talented producer and recording artist who hails from Harlem, New York. His role on the album even scored him a co-production opportunity with DJ Snake.

Since the release of 'Mudboy' and its Lunchbox-produced records like "Live Sheck Wes," "Gmail," and "WESPN," Lunchbox has continued to evolve as a producer and even as a recording artist. As Yeat began ascending drastically, the same began to happen once again for Lunchbox. Not only does Lunchbox frequently produce for Yeat, he also has records in the vault with the superstar talent. This is a mere indication of just how impactful Lunchbox's multi-faceted career has been so far.

That's all for this edition; you've got plenty of exploring to do amongst the four gems we've blessed you up with today. You can find some of each producer's most notable records at the top of this week's Curiously Curated playlist, which is featured below.