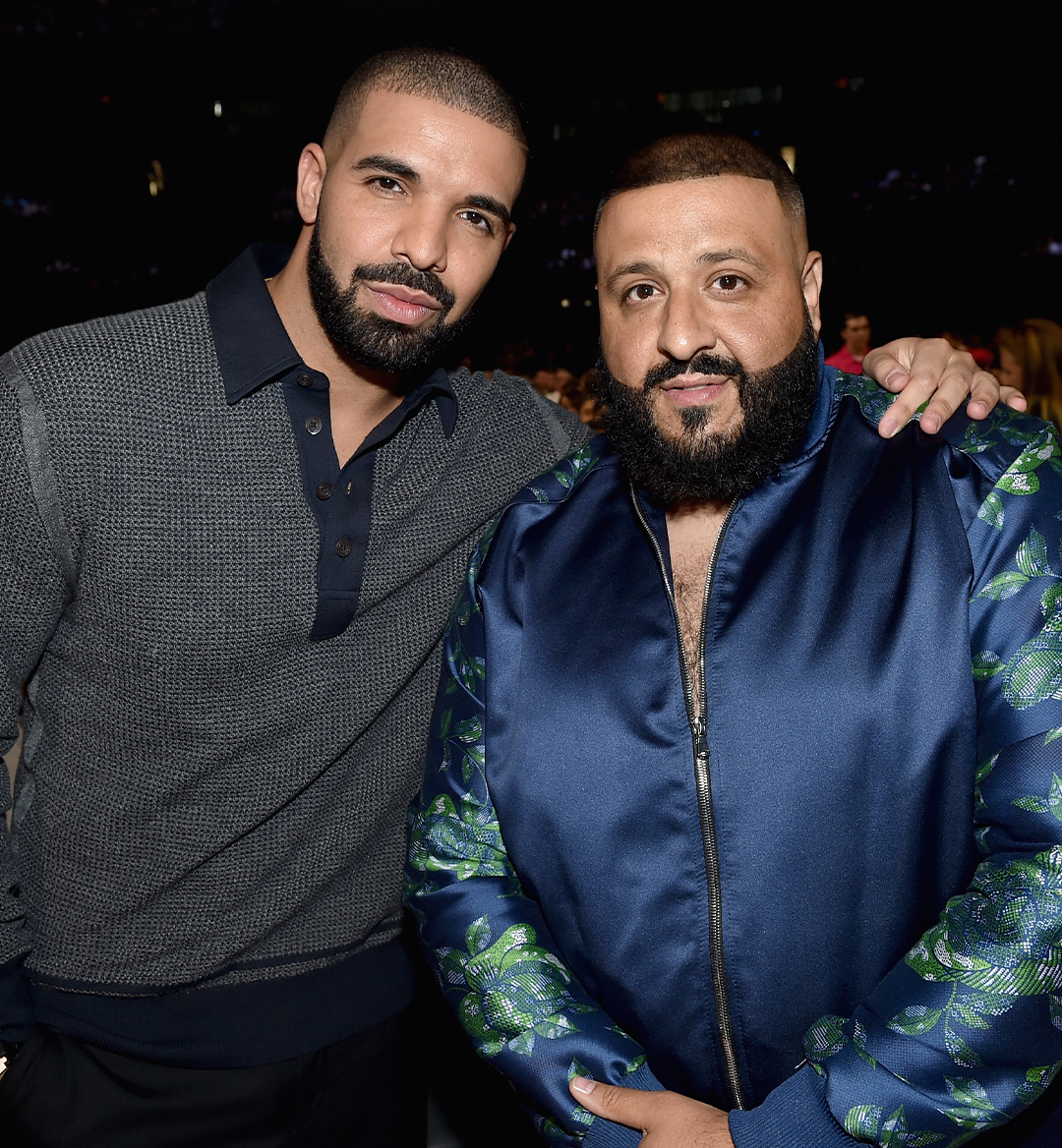 DJ Khaled is a multifaceted entertainer. He’s a DJ’s, a producer, a record executive, an undisputed hitmaker, he’s groomed platinum artists and is amazing at promoting the hell out of stuff he’s attached to. The Grammy Award winner also has a knack for collaborating with Drake. The We The Best mogul has been telling us that he’s the best for a minute now. So it’s only right that he teams up with the crème de la crème. The duo have been linking up for more than a decade and it seems like they have more music on the way.

Khaled, who recently received a star on the Hollywood Walk of Fame, teased an upcoming track with Drizzy. In a video posted to his Instagram story, Khaled can be heard saying, “They didn’t believe in us. Drake did.” The social clip was accompanied by a caption that read, “#DRAKEDID ! Vocals been in !!!! ALBUM MODE !”

Khaled's last album, Khaled Khaled dropped in 2021. Led by two solo Drake joints it became his third album to top the Billboard 200. While we wait to see what these two cook up next, let’s look back at DJ Khaled and Drake’s top collaborations from the past.

“Fed Up” was the first official link up between DJ Khaled and Drake. It’s probably also their most forgettable collaboration to date. Although this The Runners-produced track features an all-star cast it just didn’t hit like their follow ups.

DJ Khaled’s 2017 album, Grateful, featured a few huge records. Top 10 hits like "I'm the One," "Wild Thoughts" and "Shining" overshadowed every other song featured on the album, even the Drake song, "To the Max." One of the least successful collabs between the dynamic duo, "To the Max" only peaked at 53 on the Billboard Hot 100. The experimental track is still a banger however.

“Greece” was first heard when it leaked along with a bunch of other Drake tracks in 2020. The platinum single was an international hit. It charted in the top 10 in several countries, including the US, Canada, New Zealand and Belgium, topping the singles chart in Greece. A dope record, “Greece” just doesn’t compete with Khaled and Drizzy’s best joints.

Ever so often Drake really goes off on a track, and "Popstar" definitely falls into that category. 6 God with his spicy flow and boastful lyrics floats over the production crafted by one of his go-to producers, OZ. Popstar Justin Bieber stars in the music video that was just as entertaining as the song, which is certified 3x platinum.

Both DJ Khaled and Drake were on top of the world in 2016. Drizzy dropped one of his biggest albums, VIEWS and Khaled had a career resurgence off the strength of him being him. The two joined forces for the first single to Khaled’s ninth album, Major Key. "For Free” samples and references several cult classics, including Too Short's "Blow the Whistle," Akinyele's "Fuck Me For Free" and Kendrick Lamar's "For Free? (Interlude)."

Gang, gang, gang! "No New Friends" was an ode to all of the day-ones out there. The song was initially a remix to Drake’s “Started From The Bottom” and featured contributions from Future. Produced by Boi-1da, Vinylz and Noah "40" Shebib, the final version of "No New Friends" became Khaled’s sixth Top 40 hit.

Album: We the Best Forever

"I'm on One" helped set the tone for summer 2011. Drake, Ross and Wayne had three of the most anticipated albums at the time of this track’s release and it lived up to all of the hype that they built up. The Grammy nominated single peaked in the top 10 on the Billboard Hot 100.