‘Don’t pull up at 6 a.m. to cuddle with me. You know how I like it when you study with me’ 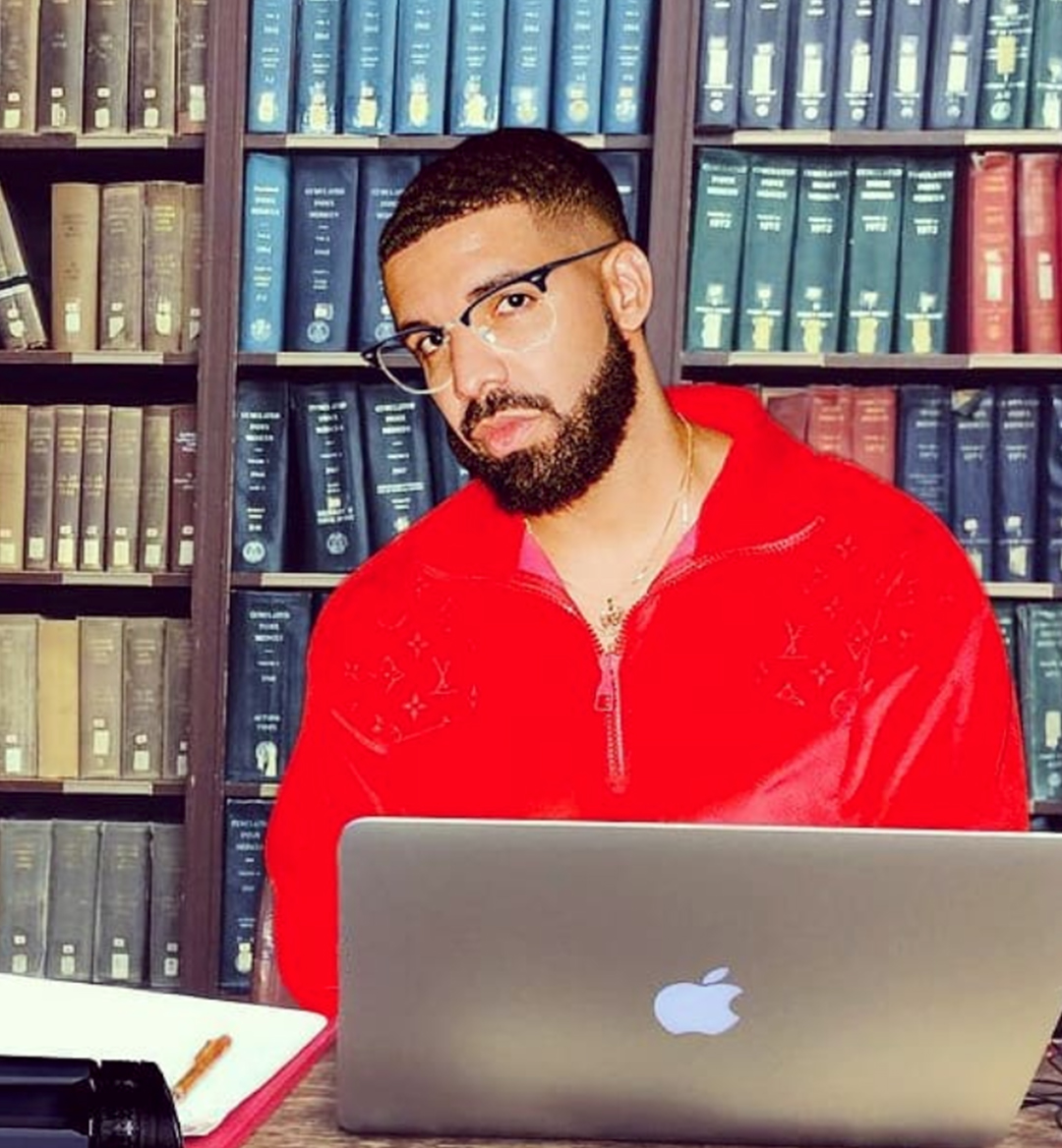 Drake loves college. “Sound so smart like you graduated college / Like you went to Yale but you probably went to Howard knowing you,” he raps on “Make Me Proud,” just one of his songs that mentions academics (cue "For Free," "Cece's Interlude" and "Shut It Down"). And if seeing him sport a Tennessee Volunteers sweatshirt this year—altered to say “Finesse” in the same Vols font—wasn’t enough proof, he once embarked on an eco-friendly music tour stopping at 15 college campuses to promote environmental sustainability eight years ago.

It’s as if Drake, now 32 with three Grammy wins under his belt, wishes he had gone to college. Instead, he dropped out of high school when he was 15 to pursue an acting career (remember Degrassi?) but eventually earned his diploma a decade later in 2012. “97% on my final exam. 88% in the course. One of the greatest feelings in my entire life. As of tonight, I have graduated high school,” Drake proudly tweeted.

Well, there’s a brilliant Instagram account called @DrizzyOnCampus that imagines the rapper’s life as a college student. The account inserts Drake into college settings and pairs each post with made-up lyrics like, “I’ve been sleep deprived, don't start no trouble with me / Tryna finish readings is a struggle for me / Don't pull up at 6 a.m. to cuddle with me / You know how I like it when you study with me.”

For more views of Drake in college, check out @DrizzyOnCampus.