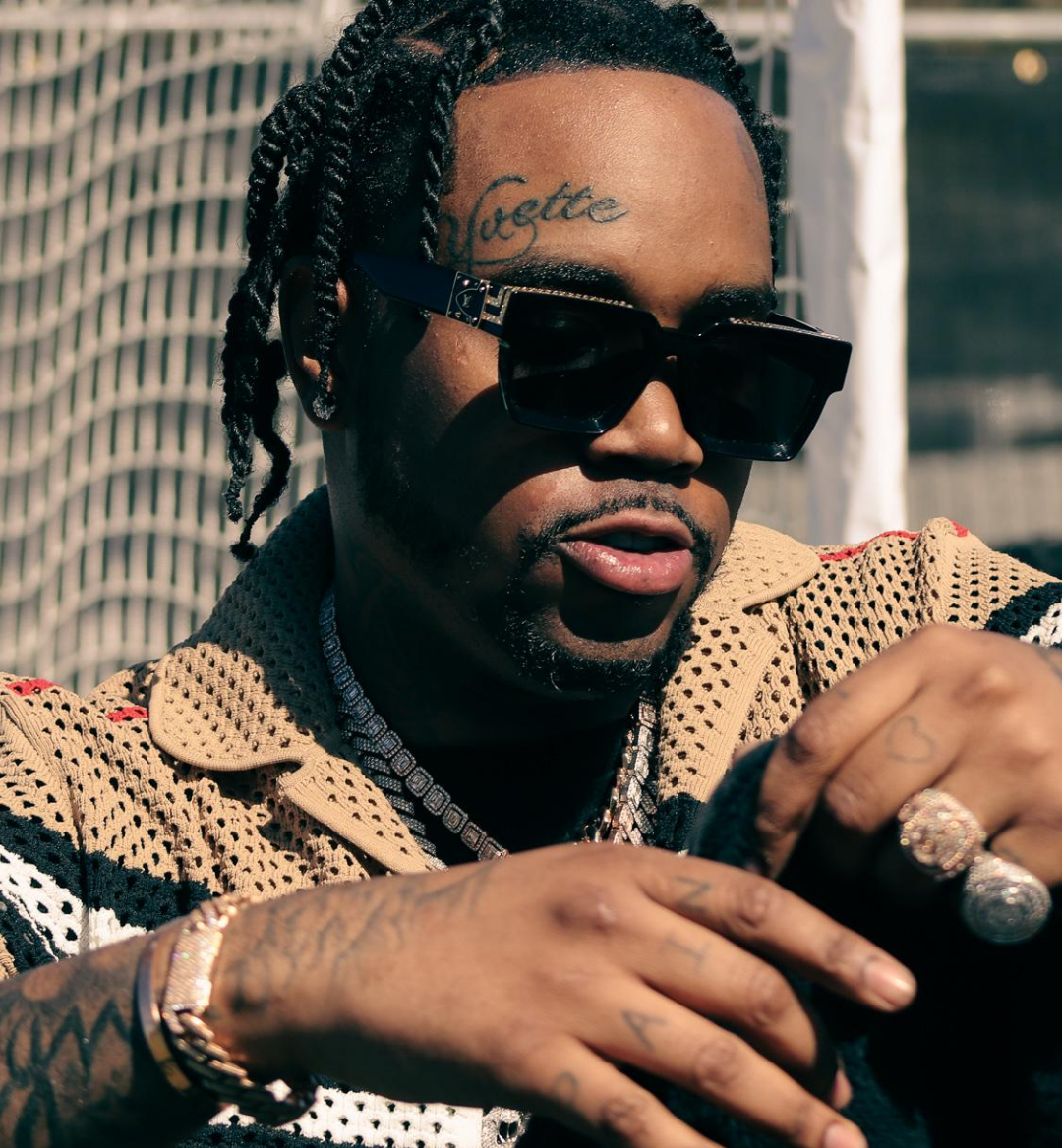 Since Fivio Foreign broke onto the scene with his hit single "Big Drip" three years ago, his career has been a case study of how an artist deals with sudden success. Once an artist stuck within New York City's busy rap scene, Foreign has experienced various highs (collaborating with Drake, and Quavo) and lows (losing close friends Pop Smoke, King Von, and T Dott Woo to gun violence) but is still standing, this time bigger than ever.

Following his stellar verse on Kanye West's Donda via "Off The Grid" last summer, the Brooklyn, NY native has seen his star significantly rise. Alongside West becoming a frequent collaborator of his, the multi-time Grammy-winning rapper and producer is the executive producer of Foreign's biggest project yet, B.I.B.L.E (April 8th). "Me and 'Ye got a lot in common," Foreign said. "We're both spiritual people and try to make things as normal as possible."

B.I.B.L.E, a 17-track effort that includes notable features from Quavo, Lil Yachty, and DJ Khaled, witnesses Foreign maintain his signature sound while still improving as an artist. A greater effort was exhibited in his songwriting, and experimentation with different melodies. As the conversation surrounding Foreign now turns to his newest body of work, he's confident in what he will do next.

Last weekend at the Dreamville Festival, ONE37pm spoke with Fivio Foreign about making B.I.B.L.E, what it's like working with Kanye and Nicki Minaj, and more.

ONE37pm: What was your biggest lesson learned while making B.I.B.L.E?

Foreign: I learned you can't go crazy on records before you send them to people. It's best to send them a little something such as a hook, just so they can be comfortable with what they're hearing and how they can perform on it.

ONE37pm: On a project that has so many features, how did it come together?

Foreign: S***, it was all love and vibes because of our relationship and how we rocked with each other. They understood the cause and the movement so, with all of those features, I'm happy because I actually look at them a certain way.

ONE37pm: You have this ongoing and positive rapport with 'Ye who is executive producing your album. What made the two of you click?

Foreign: We relate in a lot of different ways, especially with how much we believe in God and that helped me a lot.

We initially connected because of the freestyle, I did on [Funkmaster] Flex after I came home and he loved one line for when I said "I got a question for the Reverand/if you kill a killer, do you go to heaven?" and 'Ye said "I need bars like that on my album." The next thing, I know I'm on the jet to Atlanta and the rest is history.

ONE37pm: To further speak about New York City, you recently collaborated with one of the city's greatest MCs in Nicki Minaj. How important was that for you?

Foreign: It means a lot. Salute to Nicki and everyone who is coming into the drill world and supporting it. It means a lot to us who've been a part of the drill community from the beginning because people forget this sound wasn't always worldwide.

We {drill rappers} were just speaking to our communities about what was happening and how we lived. So for Nicki to come through, especially as someone from the city who is big, and do a record with me is nothing less than big.