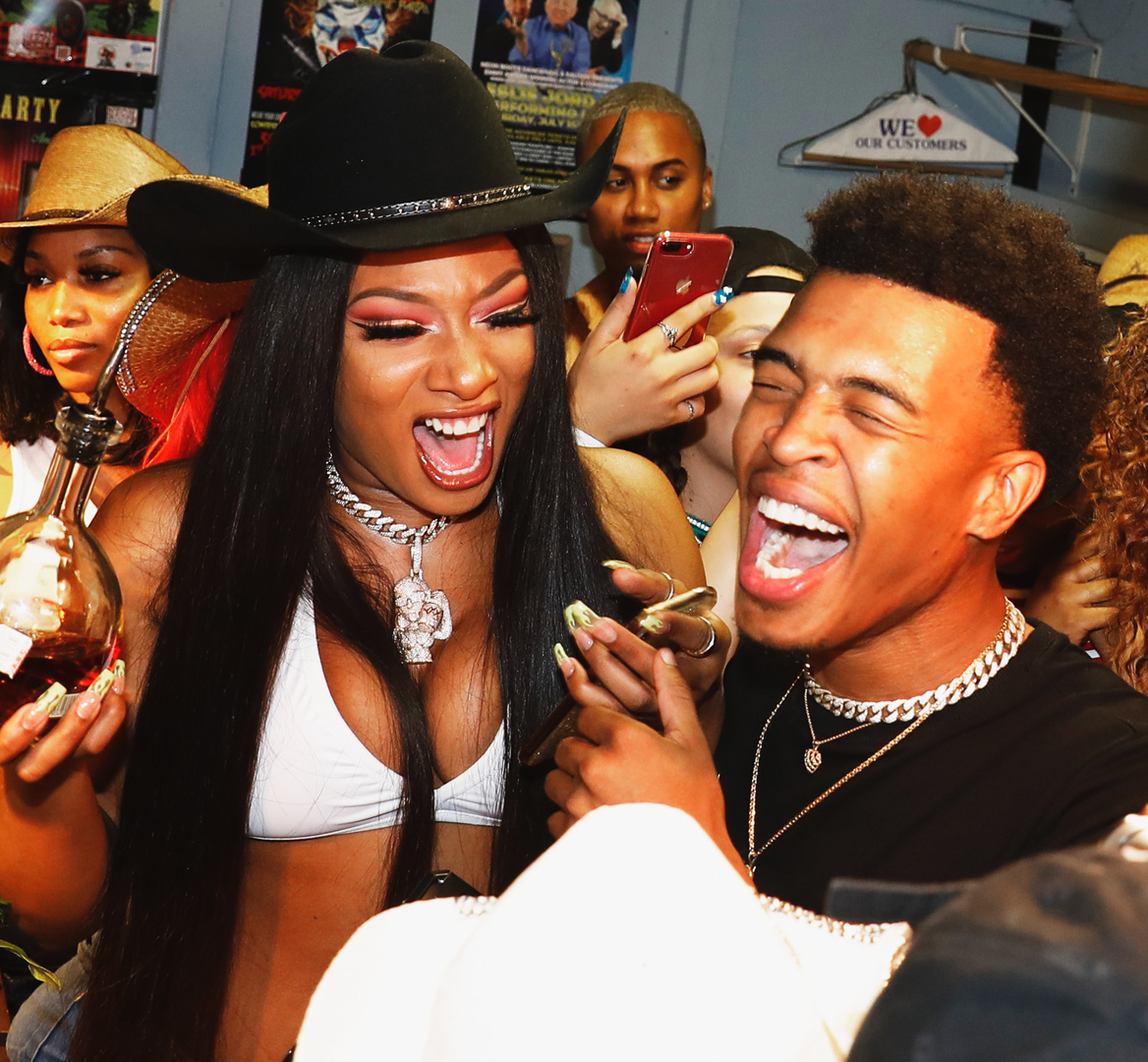 By this time, you probably can’t go a day without seeing the tagline “hot girl summer” somewhere. Whether it’s printed across a T-shirt or used as one of your favorite celebs’ Insta captions, the term has become universally known and is used by celebrities, brands and music fans all over the world. The slogan was first introduced by Houston rapper Megan Thee Stallion on her 2018 album Tina Snow. Her song “Hot Girl” refers to her posse and fans as “hot girls,” eventually leading to having a “hot girl summer.”

Being a Hot Girl is about being unapologetically YOU, having fun, being confident,living YOUR truth , being the life of the party etc

In just one short month, the term hot girl summer has taken over social media, landing a place in pop culture history. But it’s more than a popular catchphrase or a trendy meme—it’s a movement and a lifestyle.

In an interview with The Root, Megan defines how to have a hot girl summer  “It’s just basically about women—and men—just being unapologetically them, just having a good-ass time, hyping up your friends, doing you, not giving a damn about what nobody got to say about it. You definitely have to be a person that can be the life of the party and, y’know, just a bad bitch.” The gender-neutral movement is not to be confused with a “city girl summer,” the neighboring movement inspired by rap duo City Girls. City girl summer focuses on women scamming and manipulating men, while hot girl summer focuses on creating jovial happiness for yourself.

Megan first gained popularity because of her carefree persona, sex-positive lyrics and exceptional bars. Her song “Big Ole’ Freak” taps into sexual pleasure, driving men crazy and overall being a bad bitch. The song, which is now certified gold, captured the hearts of many and acts as an anthem for having a hot girl summer, however, Megan did promise fans an actual hot girl summer anthem soon. The movement has become so popular that brands have started to use the phrase in order to capitalize on sales. Wendy’s used the phrase to sell lemonade, Maybelline asked their followers about their hot girl summer and Pacsun created its own hot girl summer starter pack. I even spotted the term being used at a lingerie store in Brooklyn’s most gentrified neighborhood, Williamsburg.

With all the hype surrounding hot girl summer, Megan recently announced that she has filed to trademark “hot girl summer” once and for all. The pursuit is long overdue, and a number of her other catchphrases, such as “drive the boat” and “real hot girl shit,” are gaining popularity as well. If the trademark is approved, it will cover merchandise specifically for clothing and household products such as hoodies, T-shirts, pillows and coffee mugs.

So how does one have a hot girl (or hot boy) summer? Exerting confidence, traveling, ridding yourself of negative energy and dressing to the nines are some of the many ways to partake in the movement. Being carefree, making the best of situations and racking in accomplishments is what a hot girl summer is all about. And with a leader like Megan driving the boat, there isn’t much room for a letup.

More recently, the popular Instagram caption has turned into a playful online battle between women and men, or in this case, hot girls and hot boys. An imaginary scoreboard tracks each time a hot girl or hot boy achieves a win, typically surrounding an empowering moment over the opposite sex. And when someone takes a loss, their entire community falls short. Think Hogwarts house points but with a little more flavor. The innocent rivalry acts as a way for men and women to showcase their accomplishments without coming off too flexy.

With a tagline that the whole world has fallen in love with, Megan is quickly turning herself into a household name and an all-around female-empowerment mogul. Referring to her fans as Hotties, she’s organized beach cleanups, she’s inspired her followers to recycle and she’s highly admired by a diverse group of celebrities. She’s an all-around it girl yet displays a humble and amiable aura. “In five years’ time, I see myself being an icon, a household name. You won’t be able to bring up rap without bringing up Megan,” she told Clash. Her idea of hot girl summer has resulted in a wave of shared positivity across all social media platforms. Megan calls on her fans to live their best lives, wear what they want and partake in activities that make them feel good, despite what anyone else thinks.

As we move through August, it’s questionable whether hot girl summer will surpass its September end date. Or will we have a Chill Girl Fall next? It’s really up to Megan to decide.

Read next: 15 Perfect Rap Lyrics for Your Next Instagram Caption