Who Is Iddris Sandu, the Tech Prodigy Shaking Up Music with Digital Experiences?

"Quantum computing is something I feel like is an untapped industry. It would allow artists to perform virtually." 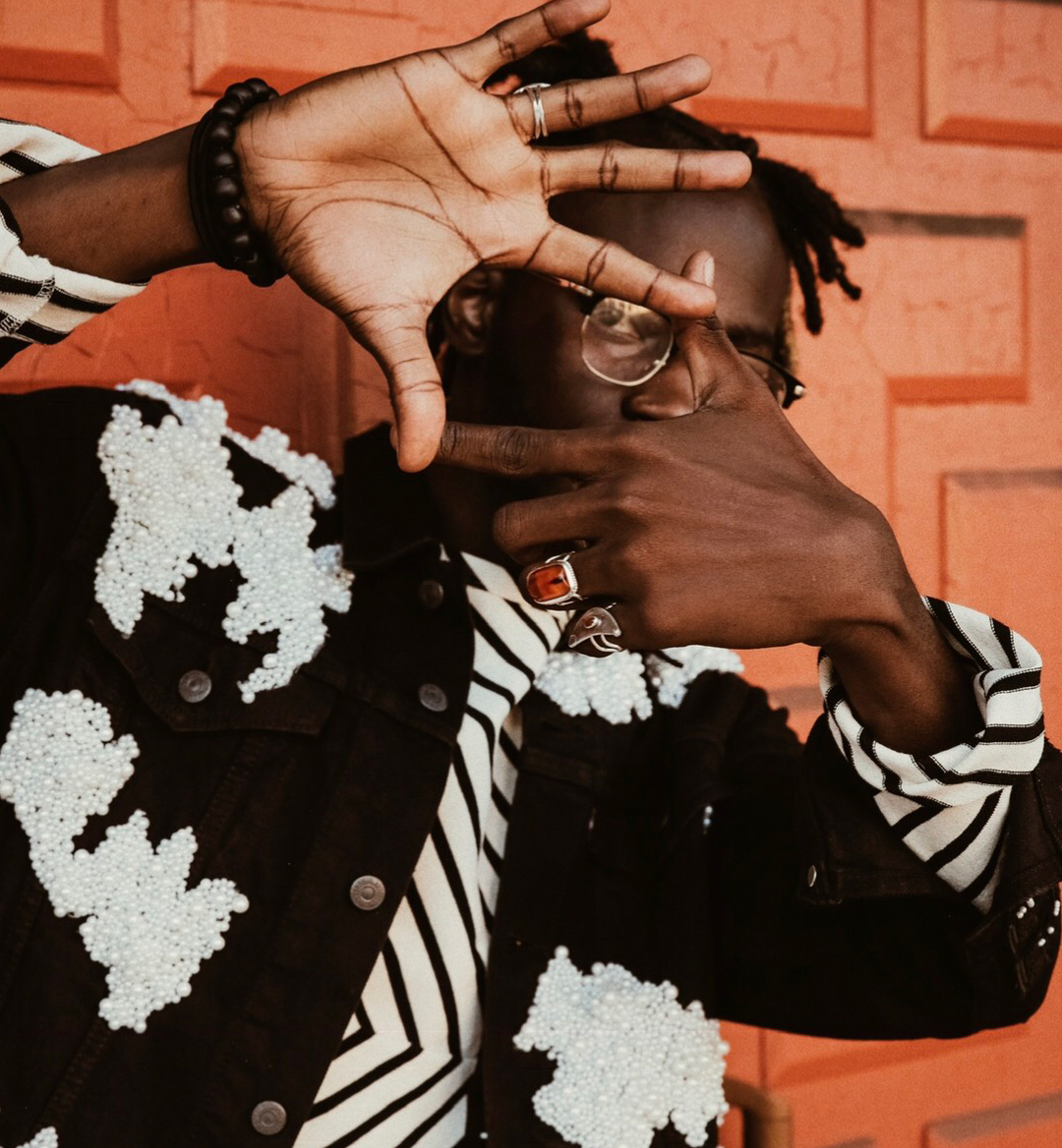 Iddris Sandu is more than just friends with Kanye West and Jaden Smith.

The 21-year-old native of Accra, Ghana, moved to the United States when he was three, and by the time he became a teenager, he had taught himself computer programming, the theory of relativity and industrial design by spending days on end inside California’s Torrance Public Library. Since then, he’s helped Uber with its autonomous car project and assisted Instagram with finding out its users' interests through activity filtering. Now, he’s helping Kanye and Jaden leverage technology for yet-to-be-announced experiences.

When you talk with the verbose prodigy you can hear why someone as polarizing as Kanye would befriend him. Sandu shares the same disruptive relationship with conventions, bordering on iconoclasm, as GOOD Music founder Kanye. “We both understand people, and we both understand the culture. So, what I've been doing in technology, he's equally been doing in fashion. That's breaking down those walls for everybody to create,” Sandu said. At any moment, Sandu could compare computer operating systems to the Constitution to show the racial inequities in both so cogently you're left thinking you may have to rewire your common sense.

In this interview with ONE37pm, Sandu spoke about the top secret project he’s working on with Kanye, why he stopped working with tech companies like Instagram, and which other celebrities (Kendrick Lamar, SZA and more) he's talked to about projects.

You developed Nipsey Hussle's "smart store" The Marathon where people can download exclusive music and videos only if they're in the store. How'd you make that work?

Iddris Sandu: It's something called geo-fencing. Basically, it locks it to the proximity of the store, so you can only access certain features when you were at the store.

That’s a really inventive way to give fans something exclusive without worrying about them leaking it.

Sandu: Copyright infringement is an ongoing crisis in the entertainment industry in general. I wasn't focused on fixing that. I was just offering a temporary solution. So, if your music wasn't on YouTube, Spotify, Tidal or any of these streaming services, but only in your store, it would force fans that appreciate your music to go to the store because you could only access those things by scanning certain artwork that were exclusive to the store. … He released a lot of music that was supposed to be on Victory Lap that didn't make it. If I'm not mistaken, it was that and some unreleased music videos, features and things of that nature.

The smart store is one example of hip-hop inching toward fully leveraging technology to help artists. What are some advanced tech you think hasn’t been touched that could change music?

Sandu: Quantum computing is something I feel like is an untapped industry. It would allow artists to perform virtually while people are sitting on the couch and the artists are actually there with them. Whether it's an interview where you could literally see an artist sit right there on your couch, or it's a situation where the artist is performing on your bed, or in your living room, or at a shared space event. This is a full 3D cinematic experience that you can be immersed in, and the artist will respond to things in your room. For an example, an artist won't just go through your couch, it would hit your couch, and there could be pre-recorded ways on how they would handle that. There are ways to intensify the surrealism.

This is all very futuristic and you're working with someone who's almost made their living in the future; Kanye West. What are you guys working on?

Sandu: [Laughs] I like to say Kanye's my brother. I can't go into the specifics of everything that we're working on, sort of. Around his album Yahndi, I designed a lot of the experiences around that. Remember when Kanye posted a video of a hologram? That was me.

I went onto your site and there's a tab called Yeezy Sense that you can only get into with a password. What's that about?

Sandu: So, Yeezy Sense is a top secret project. You can write that in the article. [Laughs]

OK. I won’t try and hack my way into it. What are some new technologies or ideas you've introduced to Kanye?

Sandu: I met Kanye about two years ago. It wasn't until my big bro, Akon's brother [Abou] Bu [Thiam] actually sat me and Ye in a room together. It was instant best friends. He was like, “Yo, let's go to my house,” because we were both passionate about architecture. He takes me straight to his house and was like “Check out this, I want you to contribute, I want you to design stuff. I want your energy here.” When he was tweeting about social media and how we should get rid of likes and followers. I put him on to that. If you ever see him use the world "exposure," I put him onto that. I put him on to things like quantum computing, spatial computing, spatial mapping and how he can take his artistry to a whole other level.

You've consulted for Google, Uber, Instagram to name a few, but I went on your Instagram and you said Rihanna telling her followers to delete Snapchat, and Snapchat’s value dropping by $800 million, shows the disconnect between tech companies and the culture.  Do you still believe that?

Sandu: One thousand percent. There's a huuuuge disconnect. That's why I'm not working with tech companies anymore. Right now, I'm working on the biggest project I've ever worked on. It's called HALT, and it's going to revolutionize infrastructural development. It's going to really fuck shit up. But, to your original point, there is a huge disconnect. For example, let's look at Kim Kardashian. Let's assume Instagram has 1 billion accounts. Twenty percent of that billion is 200 million, and Kim Kardashian has around 200 million followers. So, Kim Kardashian, in many ways would be equivalent of 20 percent of Instagram's company. [Instagram] makes it seem as though you should be happy to be on this platform when in reality they should be happy to service you. [Editor’s note: Kim Kardashian has 124 million Instagram followers, and Instagram has 1 billion active monthly users.]

You have some pretty radical ideas in an age where, I feel, we sort of exist in an echo chamber of the same opinions, a lot of times.

Sandu: We live in a society now, due to social media and everything, as much as we say we want people to be different, we honestly want everybody to be the same. The moment that one person stands out and says something that contradicts popular opinion, then that person is x'ed out, like we're seeing with Ye and everything like that. Kanye and I don't agree with everything and we expressed that to each other. But, I respect that man for not being controlled by the masses and being able to think.

You’re working on augmented reality experiences with Jaden Smith for ComplexCon in Chicago?

Sandu: I do have some connection with Complex, and I do want to produce some augmented reality content. We haven’t officially started talking about it, but we do have some installations that we are gearing up to show at ComplexCon this year.

You have big plans of using technology to break down barriers, starting with the music industry. Have you had talks with other artists about what you can help them with by using technology?

Sandu: Mostly me and my bro Jaden. That's one of my good friends now. We've just been building because he's also a visionary. But, in the music industry, specifically, not too many people. No disrespect to artists, but there's only a few artists that can understand this to the level of a Kanye. Kanye and Nipsey, really. But, there's a reason why he's Kanye. This man is very, very intelligent, and he's very, very informed, and exposed on what he wants to focus on. I do plan on working with other artists in the future. I've talked to Diddy. I've talked to Nas. I've talked to SZA, Kendrick, and people like that, about doing experiences. Another person who's a friend of mine, Yara [Shahidi], she has a show called Grown-ish. We're building on how we can really affect the culture on a larger scale.

But, I'm really focused on this top-secret project, which is going to really provide economic empowerment. There's a company called Bird; they make scooters. They are the fastest growing startup in history. They became a $2.3 billion company in a year and a half. My message to any artist out there or anybody that's going to read this is: Yes, we can we can focus on micro industries like we've been doing with fashion, entertainment, basketball, and all of these things. Or, we can focus on the macro infrastructures, which are kernels, operating systems, cloud services. You know, the government uses Amazon to host all of its data? Amazon is obviously the largest company in the world, but even the government uses Amazon to host its data with its cloud services. Think about that.