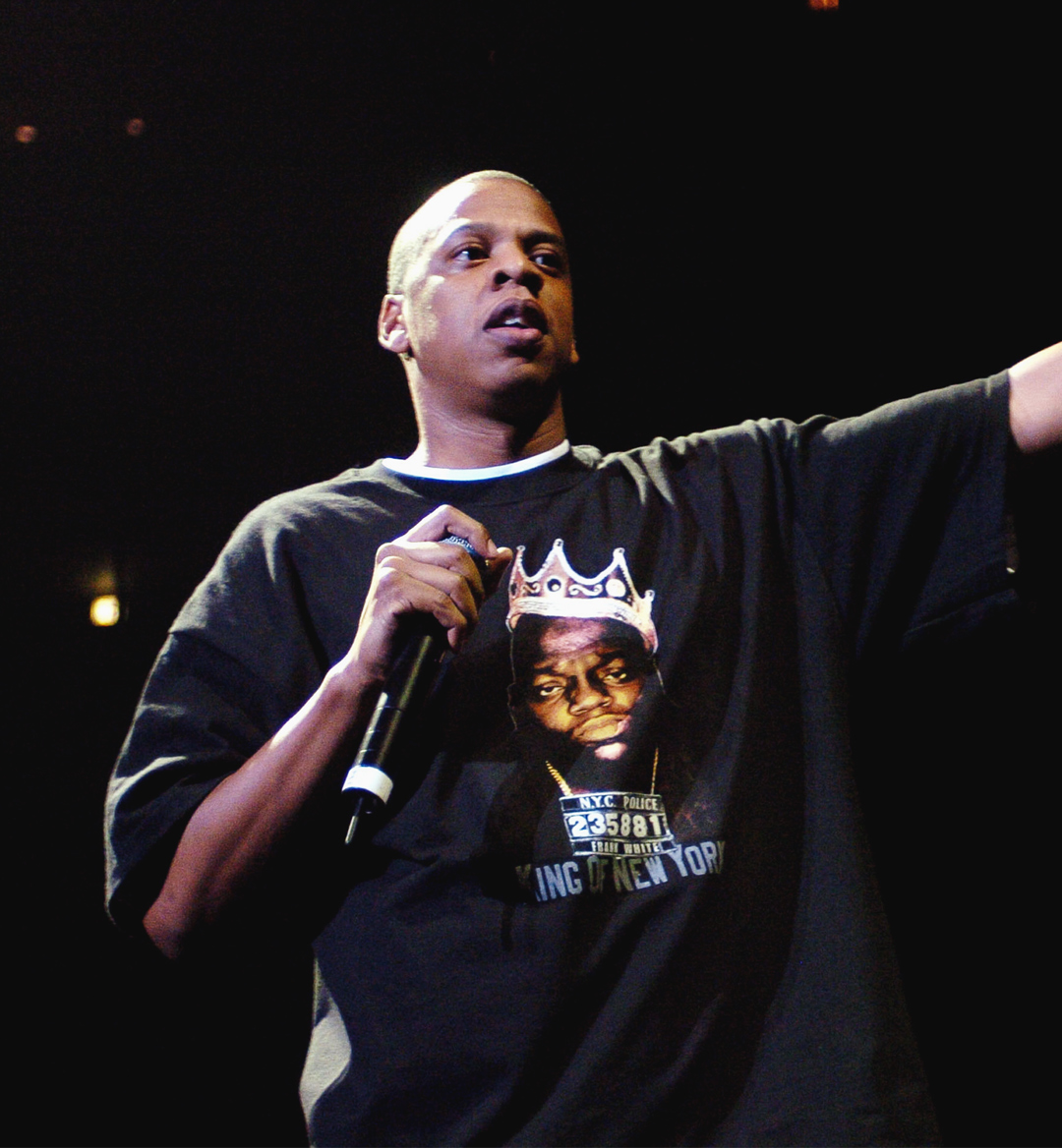 Fifteen years ago this week will forever be earmarked as an important time for hip-hop and the music industry. Jay-Z released The Black Album, his eighth studio album that introduced a new definition of the color "black" (beauty, soul and prestige instead of doom and gloom) and propelled him to legendary status.

The Black Album—released Nov. 14, 2003—put Shawn Carter's powerful combo of authentic street cred and lyrical prowess on display in what was supposed to be his retirement album, a farewell to solidify his drug-dealer-turned-mastermind-lyricist status and to prove everyday hustlers can achieve their dreams. "From bricks to Billboards, from grams to Grammys," raps the Brooklyn-bred MC on "Dirt Off Your Shoulder."

Diehard hip-hop enthusiasts and critics showered the album with praise back then, with the complete work of art immediately earning him a Best Rap Album Grammy nomination and the single "99 Problems" winning the Grammy for Best Rap Solo Performance. Commercially, it spent two weeks at No. 1 on the Billboard 200 albums chart. And over the past decade and a half, The Black Album continued to attract critical acclaim on Rolling Stone's list of "500 Greatest List of All Time" and Complex's list of "25 Rap Albums From the Past Decade That Deserve Classic Status."

The Black Album's longevity and lasting influence on modern hip-hop artists contributed to Jay-Z becoming the first rap artist to be inducted into the Songwriters Hall of Fame in 2017. Its impact is still strong today, so this is our "Public Service Announcement," so to speak, to remind you of one of the most important hip-hop albums of our time.

At a time when hip-hop was knocking on mainstream America's door, Jay-Z's wordplay wowed listeners into appreciating and acknowledging the genre. Case in point: "Dirt Off Your Shoulder" (listen above). Produced by Timbaland, Hov made it so cool to own your moment, offering a short missive to haters with a humblebrag or two thrown into the mix: “You're now tuned in to the muh'fuckin greatest” Hov utters in the opening line as Timbaland assists with a catchy, head-bopping beat.

A general misconception about hip-hop during that era was that it only promoted violence, sex, drugs and idolization of the struggle. Jay-Z played an integral part in evolving the image of the genre by creating lyrics that made people feel good about developing confidence: "All the rappers be hatin' off the track that I'm makin'," Jay-Z raps. "But all the hustlers, they love it, just to see one of us make it. Came from the bottom of the bottom to the top of the pops."

The chorus taught men and women alike how to showcase your swagger. Even President Barack Obama referenced the song's lyrics during a presidential campaign speech in 2008 by brushing dirt off his shoulders to address his critics. The track redefined the word “pimping” by erasing and replacing the sexual connotation.

Then there’s "Change Clothes" (listen below), produced by The Neptunes, the first single off the project that introduced a sexier and more fashionable side of Jay-Z. It's a feel-good anthem about elevating one's outfits. "Ma, I don't shop where the rest buy, ho no ma, please respect my Jiggy, this is probably Purple Label or that BBC shit or it's probably tailored," Jay-Z boasts. He became one of the rap pioneers who pushed exclusive luxury styles such as Ralph Lauren. And Hov heightened the popularity of Billionaire Boys Club as he helped induct it as one of the "must-wear" labels.

Hov stepped bravely into vital political discourse on the Rick Rubin—produced "99 Problems," addressing the state of America through the eyes of a black civilian trying to stay alive. "Fiends on the floor, scratchin' again / paparazzis with they cameras, snappin' em," he raps. "D.A. try to give a nigga shaft again / half a mil' for bail ‘cause I'm African." Those four bars sum up the never-ending drug epidemic and racial inequality in some black communities, which are sadly still relevant today.

Hov also paid homage to his friend, the late Notorious B.I.G., by quoting Biggie's lyrics from "Keep Your Hands High" by Tracey Lee: "So them rings and things you sing about, bring 'em out / it's hard to yell when the barrel's in your mouth," Jay-Z raps. The nod later influenced the lyric getting a shoutout from T.I. in 2004's "Bring Em Out."

"Pound for pound, I'm the best to ever come around here," Jay-Z boasts in the song. "Excluding nobody, look what I embody / the soul of a hustler, I really ran the street / A CEO's mind, that marketing plan was me, and no I ain't get shot up a whole bunch of times / or make up shit in a whole bunch of lines."

Those lyrics from 15 years ago seemingly foreshadow what was to come for Jay-Z—his successes and his lasting influence on pop culture. He went from surviving the Marcy Projects and the mean streets of Brooklyn to eventually selling out stadiums, racking up 74 Grammy nominations and 21 wins, acquiring music streaming platform Tidal, founding entertainment company Roc Nation, owning luxury sports bar 40/40 Club, becoming part owner of the Brooklyn Nets, and marrying Beyoncé.

The Black Album was his supposed farewell, but here we are, 15 years and 5 albums later and the man now has a net worth of $900 million and still rules the rap game.

This November, and for Novembers to come, fans will be thankful that The Black Album ended up not being the Jay-Z retirement album. After all, he can never leave rap alone. The game will forever need him.