25 Years Later, Mariah Carey’s ‘All I Want for Christmas Is You’ Feels Stronger Than Ever

Mariah’s timeless classic has achieved these things in the past decade. That's longevity! Mariah knows her. 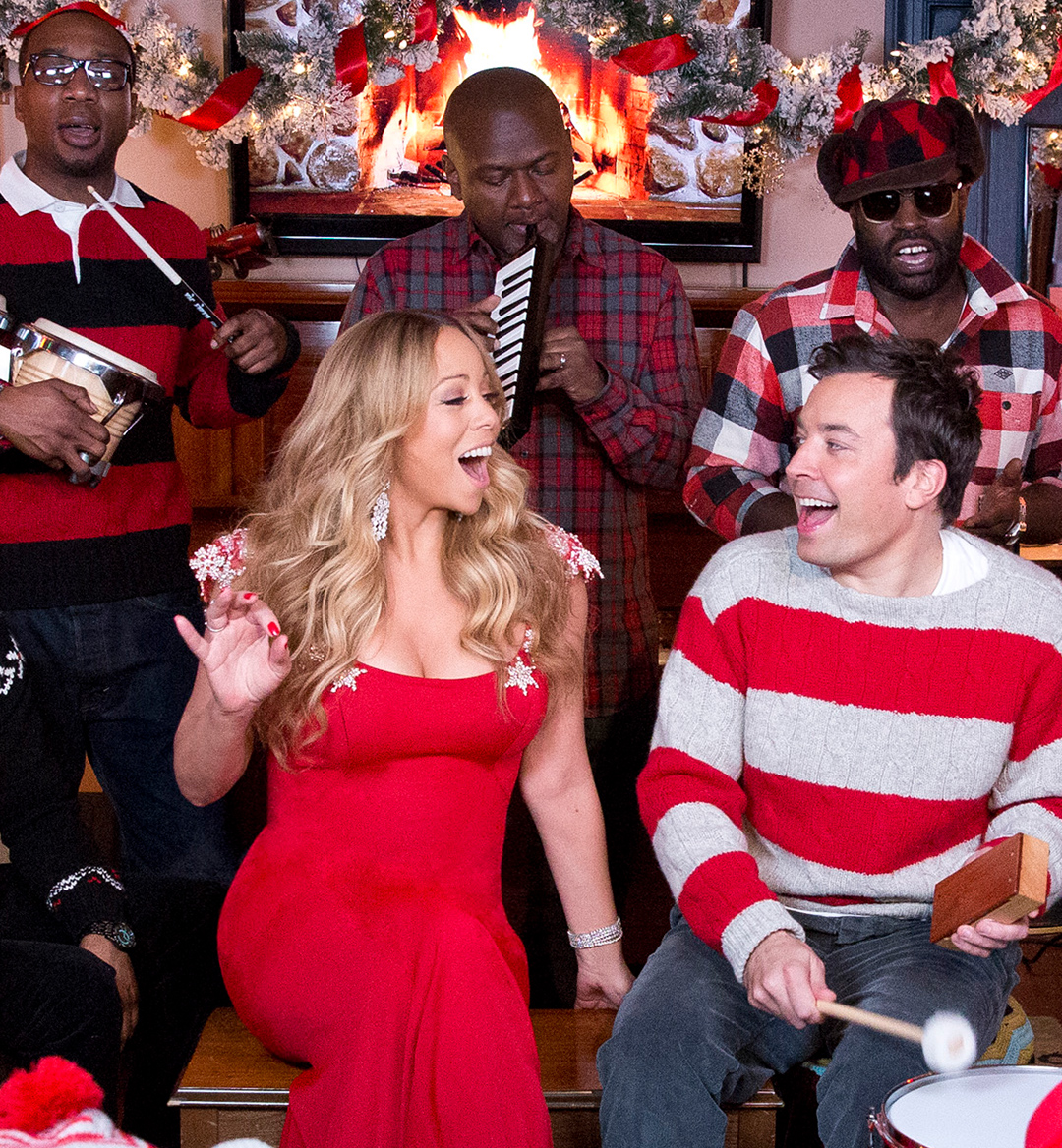 Mariah Carey’s perennial holiday hit “All I Want for Christmas Is You,” which is currently No. 1 on the Billboard Holiday 100 songs chart again 25 years after she debuted it in 1994, has undoubtedly solidified Mariah as the Queen of Christmas.

The five-time Grammy winner, a prolific and underrated songwriter for nearly three decades, co-wrote this catchy love song and over the years has capitalized on its commercial longevity by releasing a children’s book and animated film both of the same name as well as taking her holiday music on tour globally.

The Christmas classic, which has reportedly earned Mariah more than $60 million in royalties since its mid-90s release, is showing no signs of slowing down, especially with the clever #MerryChristmas25, #MariahChristmas and #MC25 marketing blitzes to promote the 25th anniversary of Mariah’s Merry Christmas album. And if you think it’s too early to start listening to holiday music, you’re wrong: On Nov. 1 in a “breaking news” tweet, Mariah confirmed that “It’s time!” So push play and let’s spread holiday cheer by celebrating the many recent milestones “AIWFCIY” has achieved during the 2010s.

2019: ‘AIWFCIY’ is one of the best-selling singles ever

Recorded in New York City and released in November 1994, “All I Want for Christmas Is You” has gone on to sell more than 16 million physical copies. To put that in perspective, only 15 songs in history have sold more than 15 million physical copies, making “AIWFCIY” one of the best-selling singles ever. The song is also the best-selling holiday digital single ever. With the song being a timeless classic, you can anticipate it climbing the rankings as more Christmases go by.

“AIWFCIY” reclaimed the Billboard Holiday 100 throne in 2019 as it snagged its 35th non-consecutive week atop this weekly holiday chart, which monitors radio airplay, sales data and streaming activity data. The longevity!

For the first time ever, “AIWFCIY” will receive an official commercial release in the United States on Dec. 20, which will come with various versions of the song. This along with the new music video—“All I Want For Christmas Is You (Unreleased Video Footage)”—might help the song finally reach No. 1 on Billboard’s all-genre Hot 100 singles chart (it peaked at No. 3 in 2018). If “AIWFCIY” reaches No. 1, it will be Mariah’s 19th No. 1 single. Currently with 18, she has the most No. 1s out of any solo artist in history.

Fun facts: We had 8 hours of footage to go over for this video! Our working title for it was #AllIWantForChristmasIsYou OGV2, & in a twist which can only be explained by the festive Christmas mood, I allowed some shots from my bad side to stay in this cut!https://t.co/lnLrMAeDCC

But don’t anticipate Mariah tweeting her custom emoji at her holiday parties at home. Mariah once told me, “We must interact as human beings during the holiday and listen to music fervently,” Mariah said after sharing her annually updated Spotify “Christmas Favorites” playlist with me in 2013. “When people come to stay with me at Christmas time, Christmas music is the only music that’s allowed to be played. And there are no devices that are allowed to be used. So if they want to stay on Instagram, Twitter, Facebook or anything, they have to go and hide in their room.”

The continued success of “AIWFCIY” has spawned an animated film from Universal. It stars a kid version of Mariah, who craves a puppy as a gift for the holiday season.

“I am so proud of the song’s impact as it continues to create memories for fans each year,” Mariah said when she unveiled the AIWFCIY book. “I am thrilled to be able to bring the story of the song to new generations of families with the picture book.

2012: Mariah did a classroom instruments rendition

Jimmy Fallon jumped on the “AIWFCIY” train/sleigh a few years before Corden, pairing Mariah with his house band The Roots for an acoustic jam session on toy xylophones and other classroom instruments to the tune of 25 million views.

Mariah re-recorded “AIWFCIY” with young Justin Bieber as a duet, helping contribute to the staying power of the timeless song. This version has accumulated 166 million views in seven years versus the half a billion views of Mariah’s original in nine years when it was first uploaded to YouTube.

2010: It became the best-selling holiday ringtone ever

At the turn of the decade, “AIWFCIY” became the first-holiday ringtone to be certified double platinum (2 million units sold) by the Recording Industry Association of America.