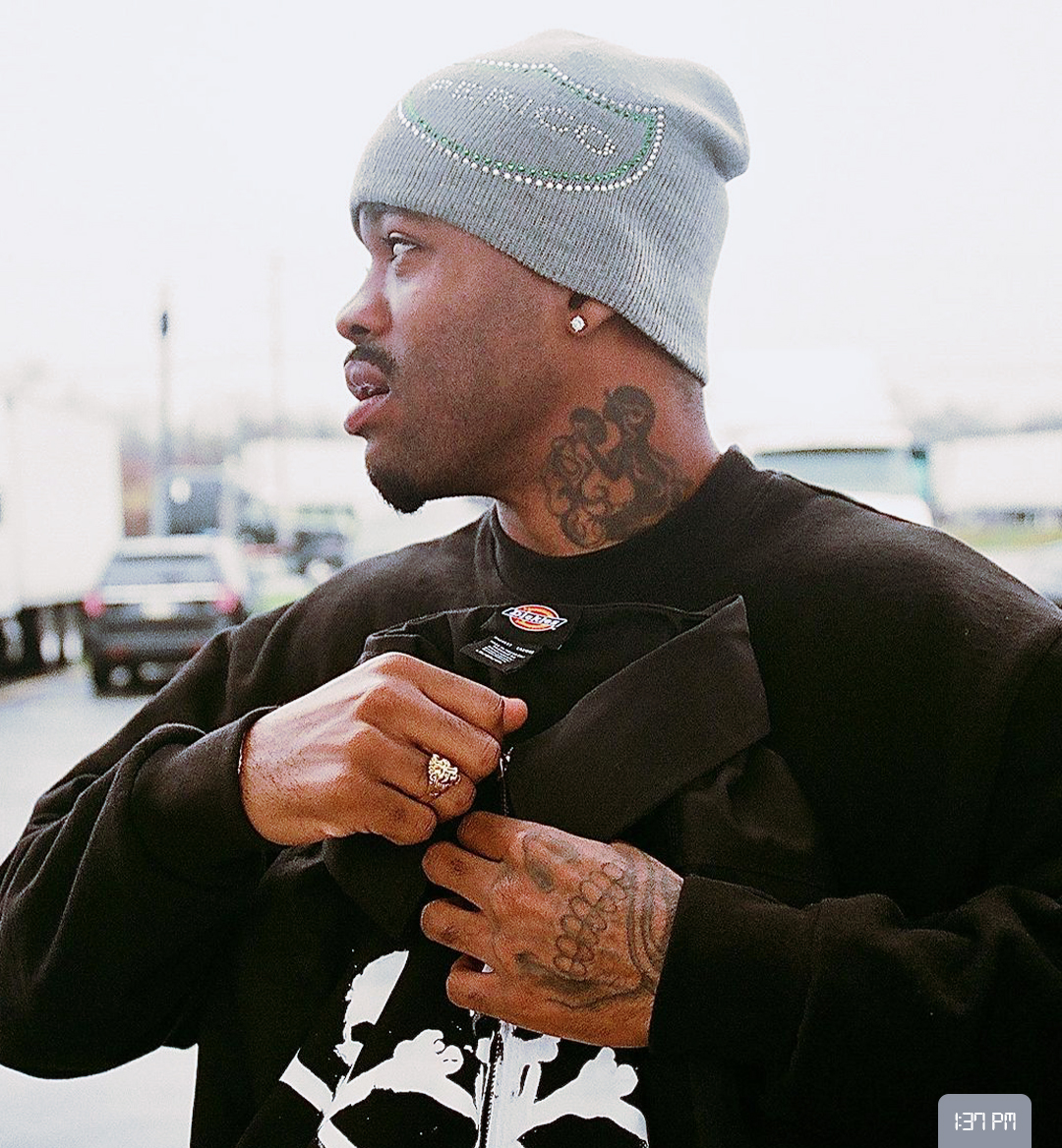 Hailing from East Flatbush, Brooklyn is STVSH, a versatile and dynamic artist whose lyrics and flow dominate any track on his discography. He was raised by an English father and a Guyanese mother and worked to make music his therapy and hopefully a career. His perseverance has helped him gain over eleven thousand followers on Instagram and over three hundred thousand listeners on Spotify since 2017.

In September, he released his latest single, "Who Gon Please Me," a song whose message dives into his future and contemplating who he can trust. The song's production, produced by Leek Lashley, contains the output style synonymous with New York for its dark, resonating synergy. While the song has only been circulating for two months, it has already amassed seventy-five thousand streams on Spotify. Tune in below to understand why it's doing well!

This release is a follow-up from DJ Cruz's track "Get A Bag," which featured STVSH and Jay Critch, released in 2020. This song easily tops as STVSH's most popular track to date, closing in on two-hundred thousand plays. The music stands out for its clever bassline featuring a portamento groove and its melody, which comes from a synth reminiscent of a flute.

Additionally, in 2020, STVSH released his debut album Live Fast Don't Die Young, a thirteen-song project which contains features from Fleego, Bam Vito, and Rockstar Payso. STVSH's lyrical abilities shine through on tracks such as "Paraphernalia," "All Bets," and "Hate Us." Additionally, some tracks really show off his versatility and diverse potential with slow, R&B-based tracks such as "No Time," "Judah's Plan," and "Lone Ranger." These tracks specifically display vulnerability and amalgamation of a different flow and style.

Specifically, on "Judah's Plan," he raps over a slow, melancholy piano that bleeds throughout the whole spectrum. He then hops on the track to preach the hard work and persistence he's faced as an artist. On the track, he raps, "I'm a jack of all trades, I don't do **** traditional. Cartier's transitional, I see all of you ****** fictional." Listen below.

On "Hate Us," with Rockstar Payso, he delivers a compelling flow and appealing melody. Payso then hops on for a verse that's filled with intelligent rhymes and pertinent story-telling abilities. In this song, STVSH's vocal range is more in the middle-to-higher frequencies, making this a unique discography piece. If you are unfamiliar with him, this is a great first song to dive into for the artist.

Additionally, STVSH recently released some merchandise on his website. The release is based off his latest single “Who Gon Please Me?”, which can be found on three different shirts containing a black, grey, and white shirt. Be sure to check out the merch here!

I recently had the opportunity to listen to some unreleased music that he has in the vault. You can expect the same skills he already brings to the table with his lyricism and flow, but with a new twist and sound to it. He will have a big year in 2022 and will continue to develop and grow his fanbase.

While STVSH is still a relatively new player in the New York music scene, his discography boasts an impressive track record and points to a bright future. Having a song with Jay Critch, which is about to pass two hundred thousand streams and several single releases and an album all within the past two years, is an impressive feat. While there is still a lot of work left for the emerging artist, he is creating a path towards success with his persistence and evolution over time. So be sure to keep an eye out on the artist!