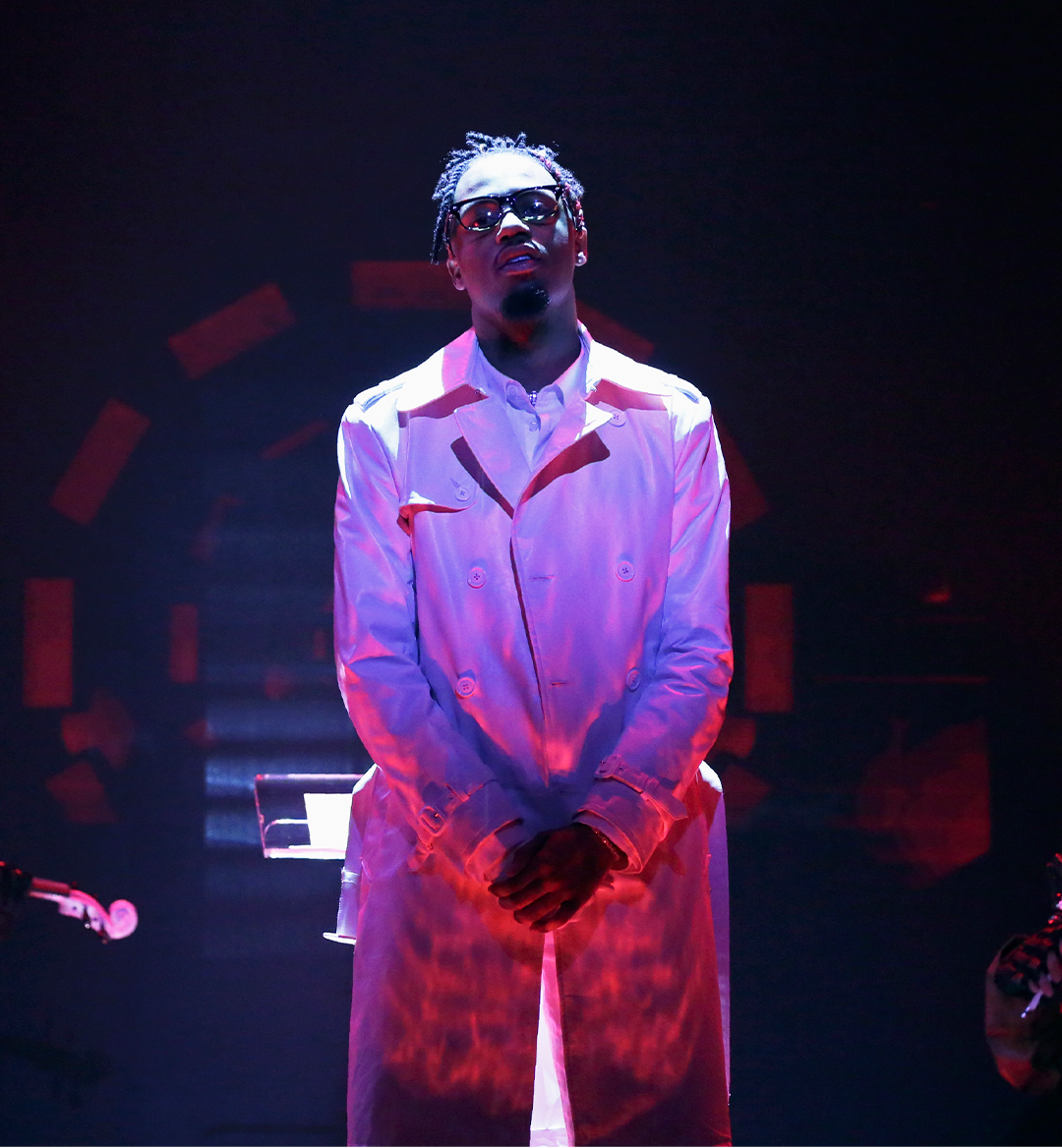 To a degree, hip-hop as we know it wouldn’t exist without Metro Boomin. Born Leyland Wayne, Metro Boomin has been one of the most prolific and influential producers of the last decade. He has produced top 10 hits for Drake ("Knife Talk"), The Weeknd (“Heartless"), Migos ("Bad and Boujee") and other superstars. According to Lil Durk, he and Metro are currently cooking up a collaborative project. Metro Boomin projects are studded with so many precious metals it would make even the most experienced gemologist blush: 1 diamond single, over 30 platinum songs, another few dozen gold records. Here’s the official, inarguable ranking of the 10 best Metro Boomin projects.

Big Sean is an easy target; he once rapped “I’m Quagmire, I fuck hoes/My cashflow I ‘giggity-get’ it” without a hint of irony. And part of the reason it’s so easy is that a lot of it is also true. While Big Sean has evolved into a more thoughtful and effective artist, Double or Nothing finds him in a weird half space between the artist he was (the musical equivalent of that time Hillary Clinton was just chillin’ in Cedar Rapids) and the artist he would become (an above-average rapper). Here, vagina jokes run aground on Rosa Parks analogies run around on 69 jokes run aground on Colin Kaepernick takes. It’s a weird hodgepodge of juvenilia and half-baked social commentary that not even Metro’s beats can fully salvage.

I mean, there’s nothing wrong with it. Like all Nav projects, Perfect Timing just kind of exists; it sounds nice—the beats are expansive and moody, Nav is capable of twirling out a few earwormy-y melodies, the guest list is star-studded—but you never leave a Nav project hungry for more Nav. In this sense, it’s musical fast fashion, something adequate and satisfying but ultimately disposable. Nav’s greatest strength as a rapper is his ability to match his collaborator’s energy, yet he’s surprisingly inert on Perfect Timing, in large part because Metro Boomin doesn’t provide him with the most exciting backdrop. Ultimately, it’s a project that indulges both of their less good impulses—NAV is all too happy to settle into the low-gear groove that Metro creates for him. In the end, Perfect Timing is enjoyable without being memorable.

8. Not All Heroes Wear Capes

When Not All Heroes Wear Capes hits, it really hits. Unsurprisingly, the best tracks come from his most frequent collaborators—21 Savage menacingly whispers his way through “Don’t Come Out the House” and is uncharacteristically excitable on “10 Freaky Girls;” Gunna glides through “Space Cadet;” Travis Scott and Young Thug turn the studio space on “Up to Something” into their personal Dreamatorium. The rest of the album, however, is plagued by ponderous songs and gratuitous experiments. Forays into of-the-moment reggaeton and afrobeat sounds are clunky and unnatural; tracks like “Dreamcatcher” and “Lesbian” are so narcotized they border on narcoleptic. As is typical for this kind of producer album, NAHWC has some astounding highs but is padded out by lots of filler.

Released on the one-year anniversary of his 2016 release from prison, Droptopwop is a triumphant victory lap from one of hip hop’s most beloved elder statesmen. Even if it’s not quite up to the standard of Gucci’s best work, it’s a fun little joyride. Just try not to smile when Gucci tries his hand at Offset’s hypnotic triplets-flow on “Met Gala” or when he calls himself a “conniver, a miser, a plug despiser” on “Finesse the Plug Interlude.”

Ever since it dropped in 2015, Drake and Future’s collaborative mixtape has had high school basketball layup lines in a headlock. Overall, this is a fairly one-note project, it’s just that that one note happens to bang. Obviously “Jumpman” is the enduring hit but slightly deeper cuts like “Diamonds Dancing” and “Scholarship” offer even greater rewards; Drake’s flow switch in his “Scholarship” verse is just about as good as any other micro-moment in his career.

Whereas the original Savage Mode was a punishing, spartan experience, Metro Boomin and 21 Savage pull out all the stops for their legendary mixtape’s sequel. On Savage Mode 2, the whole enterprise feels luxer—the beats click along at a more head-nod-able pace, the sample budget is fat enough to accomodate interpolating 50 Cent’s “Many Men,” Drake shows up. Perhaps the single biggest flex, though, is that Morgan Freeman narrates the project, which adds depth to the expanding 21 Savage-Metro Boomin universe.

Released in early 2016, Purple Reign capped an 18 month stretch where Future became the best rapper alive. The full breadth of Future’s powers are on display—“All Right” and “Salute” are bitter, curdled bangers; “Perkys Calling” and “Purple Reign” are two of the tenderest songs of Future’s career, laying the foundation for his balladeer turn on HNDRXX.  Although it doesn’t quite measure up to DS2 or Monster (more on this later), Purple Reign has more great songs than most rappers have in their whole career.

A surprise drop on Halloween 2017, Without Warning enlists Offset and 21 Savage to tell horror stories. With Metro supplying eerie, menacing production, Offset and 21 unspool tales of violence and gunplay with unsettling casualness. Although the tape didn’t spawn any radio hits (“Ric Flair Drip” is probably the closest thing to one), there’s a thrilling cohesiveness to the project as all three of its principals work in concert.

From the moment he rose to prominence in 2014, Metro Boomin has been one of the best producers in hip hop. The Savage Mode, though, established him as an artist beyond merely being a beat-maker. Across its nine songs and 32 minutes, there’s not a single extraneous bar or drum kick. The beats are lean to the point of brutalism and the lyrics are bleak to the point of nihilism. The first album with Metro listed as an artist rather than just as a producer, Savage Mode is evidence of the clarity of purpose that’s fueled his greatness.

One of the very Metro Boomin projects, if not one of the very best mixtapes at large. If you don’t understand why, go listen to “Throw Away” and "Codeine Crazy until you do.