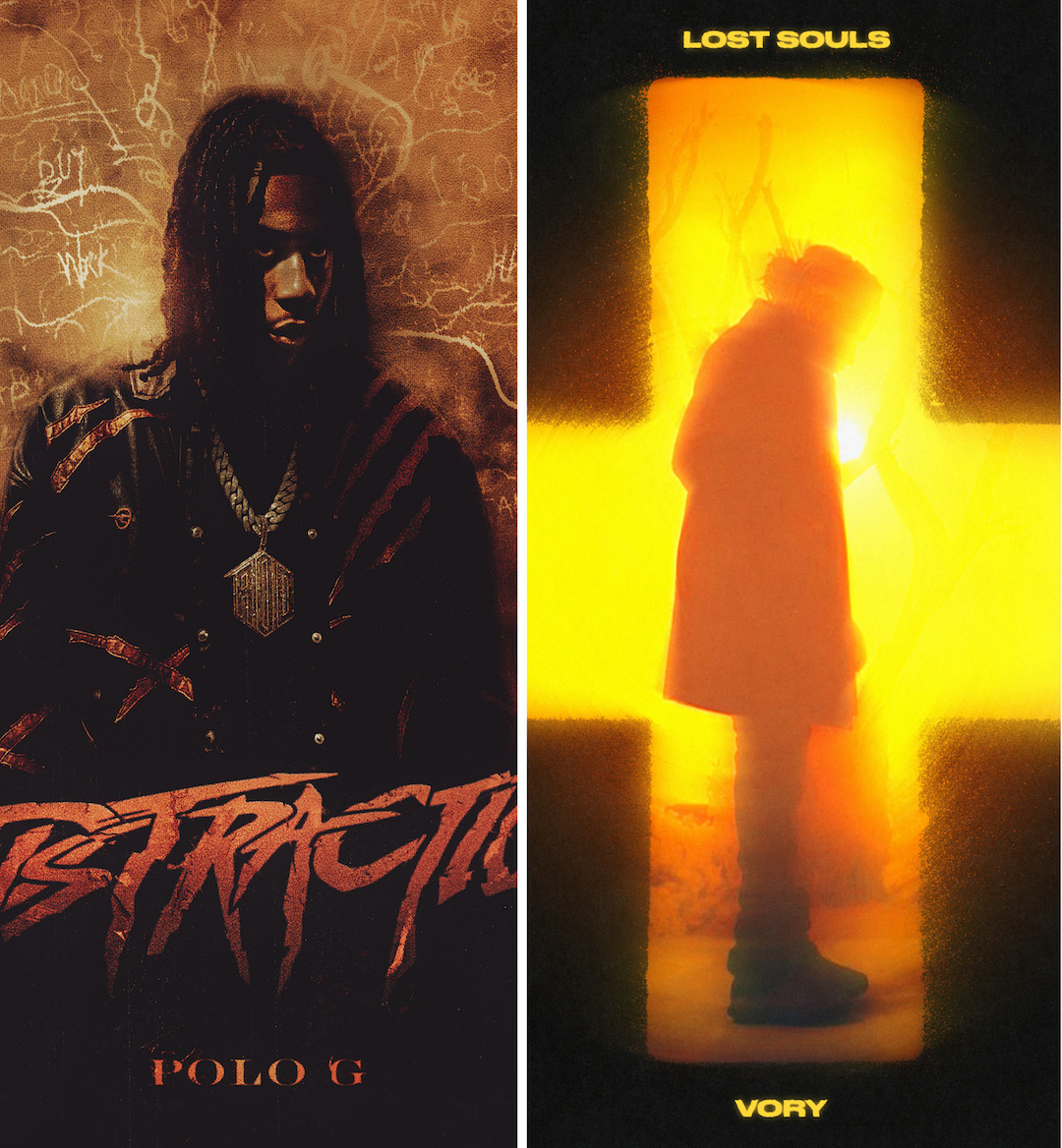 Polo G has his eye on the prize with his latest single, “Distraction.” Fed up with being overlooked, the Chicago rapper is going at the necks of naysayers and nonbelievers. “I go so hard, they still discredit my talent,” he raps on the Southside-produced track. “Distraction” is the first single released from Polo and Southside’s forthcoming collaborative album, NorthSide. Within days of its release, the video -which was teased with a Kai Cenat-assisted trailer- received over 3 million views on Youtube. So far, it has peaked as the No. 2 trending music video on the platform. With "Distraction," Polo G once again makes it clear that he is one of the best rappers in the game.

Long before dropping his debut album, Lost Souls, Vory proved to be a force to be reckoned with. Since landing on the scene in 2015, the 24-year-old artist has been garnering lots of attention. He’s co-written songs like Bryson Tiller’s breakthrough hit, “Don’t” and “Friends” from Jay-Z and Beyonce’s collaborative album, Everything Is Love. He was also featured on several tracks from Kanye West’s award-winning album, Donda. Vory’s distinctive blend of hip-hop and r&b is present throughout his 17-track debut. Ye, Fresco Trey, Nav and Yung Bleu appear on the album which also features contributions from hit-making producers such as Mike Dean, OG Parker, 88-Keys and others.

As always, B-Lovee is on that demon time. The emerging Bronx drill rapper connects with Coi Leray for his latest single, “Demon.” The “IYKYK” rapper delivers his signature flow and big New York energy over the hypnotic Fast Life Beats-produced beat, while the Trendsetter rapper holds it down for the female savages with her melodic hook. B-Lovee’s “Demon” drops days after he and Leray hit the road for her headlining Trendsetter Tour.

This week’s collection of new music releases also includes projects from Post Malone, 070 Shake, Big Moochie Grape and others, as well as new tracks from Kash Doll, Swae Lee, Rowdy Rebel, Slatt Zy and more. Tap in with our weekly roundup below and don’t forget to come back next Friday and every Friday after that for a round up of what’s new in music.