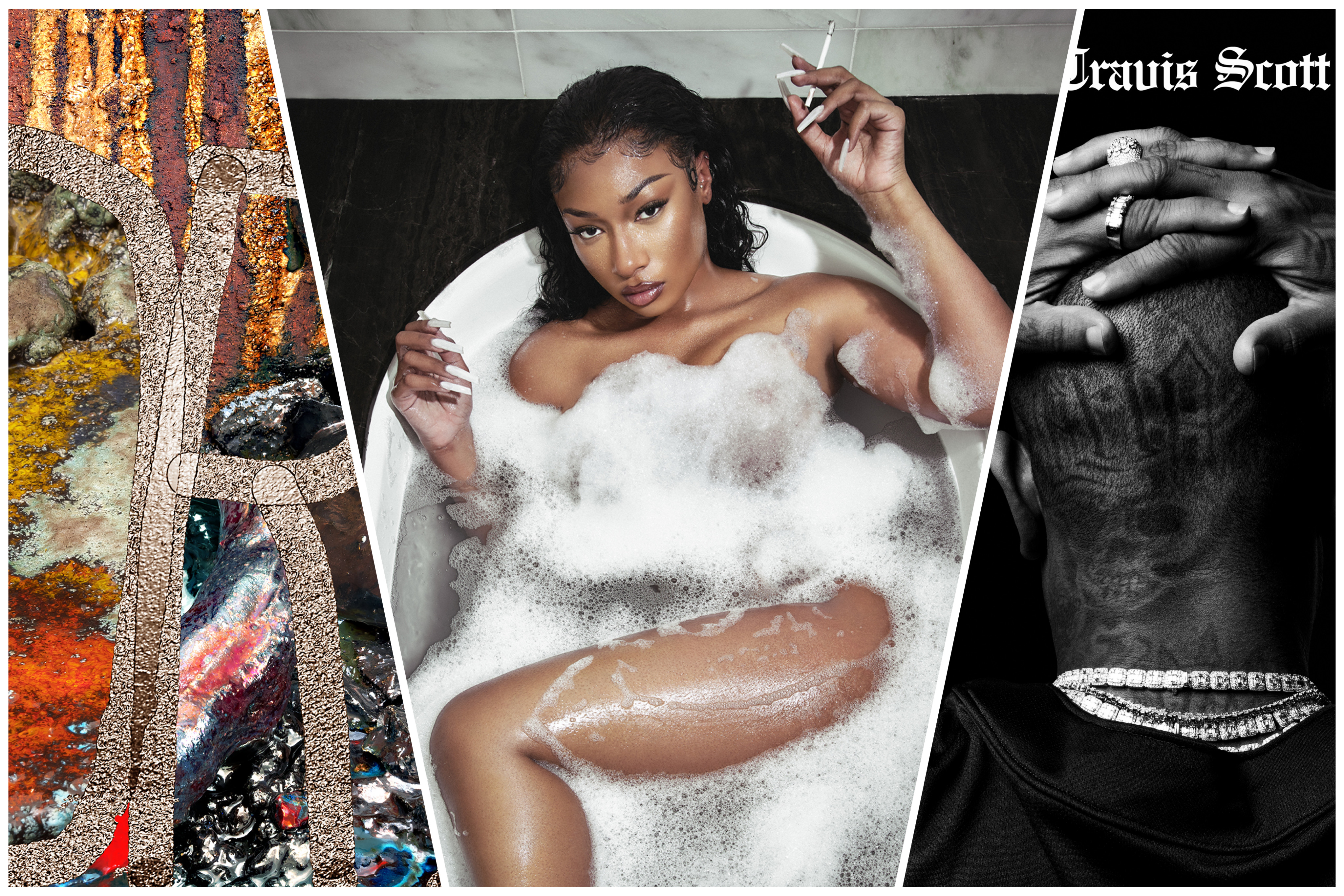 Every week a bunch of new projects, songs and snippets hit the airwaves and streaming platforms and it can be a tall task sorting through all of the noise. Luckily, ONE37pm is here to help keep you in tune with what should be on your radar.

Pusha T has returned to flood the streets with his latest album, It’s Almost Dry. According to King Push, the album, produced entirely by Kanye West and Pharrell Williams, is his “most well-rounded body of work.” The 12-track project, which he previewed at his Cokechella listening party, features the singles  “Neck & Wrist”, “Diet Coke” and “Hear Me Clearly,” as well as collaborations with Kid Cudi, Don Toliver and Lil Uzi Vert. Can’t get enough Push? Don’t stress it. He could be coming to a city near you soon. His It’s Almost Dry Tour starts next month.

“Ladies, love yourself, because this shit can get ugly,” raps Megan Thee Stallion on “Plan B,” her latest anthem for the ladies. Hot Girl Meg lets it be known that she ain’t playing with these goofy men on the track that samples the classic Wu-Tang Clan remix to  Jodeci’s “Freak'n You.” The hotly anticipated song was first previewed in front of thousands of people during Megan’s Coachella performance last week.

Super-producer Southside’s track record is full of hits. He’s been crafting beats for A-list artists for more than a decade. His most recent release is a collaboration of epic proportions. “Hold That Heat” features Future and Travis Scott. Southside’s signature sound mixed with Future and Travis’ signature flows is a recipe for an undeniable banger.

Southside isn’t the only platinum producer to drop new music this week. Tay Keith, Sonny Digital and the Internet Money crew have also delivered some new tunes. This week also sees the release of some heat from Erica Banks, Blxst, Dream Doll, Fredo Bang, Rico Nasty, NLE Choppa, BRS Kash and others. Tap in with our new weekly playlist below and don’t forget to come back next Friday and every Friday after that for a round up of the best of what’s new in music.