On "The Forever Story," JID Delivers The Rap Album of the Year 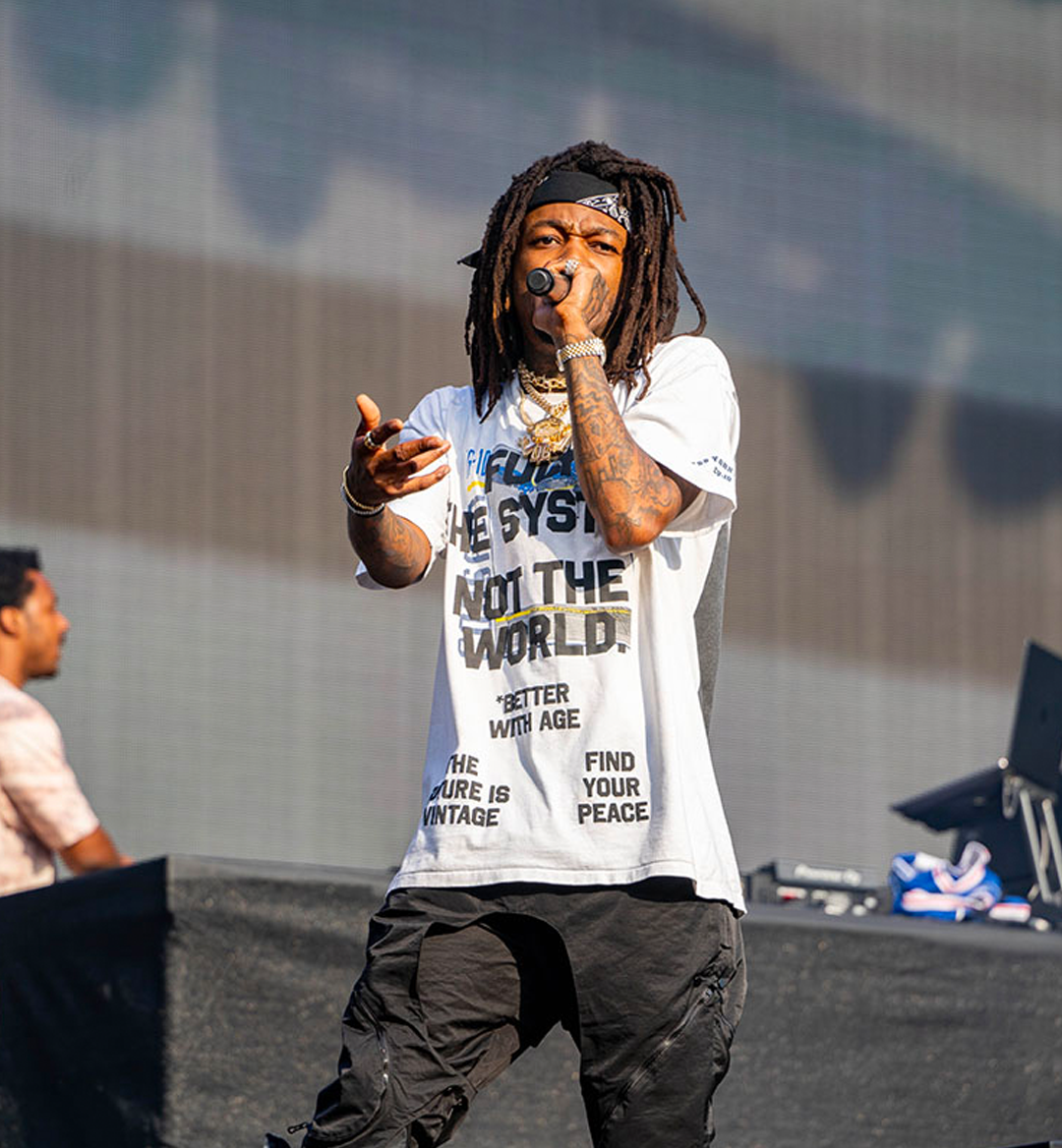 The most important thing to know about JID is that he can rap. His bars are so tightly wound with homonyms and flashy rhyme schemes, his flow is so fast and so articulated that even a rapper as dextrous as J Cole (JID’s Dreamville label boss) looks lumbering in comparison. It’s all very impressive; no other rapper is so devoted to—and delighted by—technical mastery over rap itself (don’t you dare say Eminem, I swear to god).

But still, in JID’s earlier work, there’s a creeping sense that it’s all, to a degree, some kind of parlor trick; songs like “151 Rum'' are aesthetically dazzling but are also too absorbed by their own capacity to dazzle, the musical equivalent of Kyrie Irving waving off Kevin Durant and hijacking a possession for the sake of stringing together some cool dribbles.

Thankfully, his latest effort—last month's The Forever Story—proves that JID isn’t a gimmick; instead, he’s one of the best rappers in the world. Like all of JID’s writing, The Forever Story crackles with wit—the five song run from “Raydar'' to the 21 Savage-featuring “Surround Sound” is electrifying. This is pure hip-hop funambulism, a high-wire act where JID deftly navigates rhyme schemes and similes that would leave a lesser rapper tongue tied.

On “Raydar,” JID skates through three distinct beat switches so casually that you barely notice them; “Dance Now” is a showcase of how clever JID can be, where even throwaway lines like “Mama says ‘the messiah’s in moccasins’’' contain hidden morsels of secret meaning that reward repeat listens. Most impressive, the back half of “Crack Sandwich” features the kind of precise storytelling that’s largely fallen out of favor in mainstream hip-hop. Although these songs are fairly empty calories, junk food is still delicious.

If the first portion of The Forever Story features some of JID’s most fun songs, its second and third acts are home to some of his most nuanced and introspective. The tempo is slowed, the high-pitched excitement in his voice is toned down, the lyrics turn inward. In particular, “Kody Blu 31”(named in honor of JID’s late childhood friend who wore #31 on their high school football team) is as affecting as mainstream-adjacent rap can get. Layers of vocals swirl and harmonize underneath JID’s surprisingly strong singing. Whereas JID has a reputation as a lyrical maximalist, here he discovers the breath-taking beauty of the simple—the cresting “swang on, swang on” refrain carries an impossible emotional weight.

JID straddles the line of rappity rap-ness and accessibility—he can sate the desire for “real hip hop” without the stove-cooked glumness of Griselda; he can rap as fast as anybody without the hoe-scaring strangeness of Tech9ne. Like Kendrick Lamar, JID can merge his hyper-literate, hyper-enunciated writing with a clear commercial sensibility, inviting heavyweights such as 21 Savage, Lil Wayne and Lil Durk to the party.

In particular, Wayne is in peak form on “Just In Time,” reaching back in his legendarily deep bag to deliver a thrilling verse—he kicks off the proceedings by declaring that he’s a “blessing in Balenciaga” and then builds momentum as he hurtles through the verse like an avalanche. Similarly, Lil Durk accesses a buoyancy and lightness on “Bruddanem” that’s usually obscured by the heaviness of his solo work. Even if the album hasn’t produced a radio hit and is blessedly free of, say, another Imagine Dragons feature, every song is supremely listenable because of the warmth and generosity of JID’s performance and the way that that emboldens his collaborators.

As such, The Forever Story has a strong claim to be the best hip-hop album of 2022 because it marks the first time that JID has been able to fully channel his ostentatious rapping into something focused and resonant. Here, he crafts something satisfying, but not self-satisfied—he prioritizes profundity over proficiency. When JID packs a different internal rhyme into nearly every line in a verse on “Money,” he does so to coax a melody around the contours of the beat rather than merely to show off. And a largely hook-less song like “Sistanem” is able to justify its 6:10 run time because JID structures the ode to his sisters with lawyerly precision. In this sense, JID’s greatest strength is his ability to churn out lyrical miracles without swerving into that dreaded lyrical-miracle territory; he’s using the perfect number of napkins.