Paris Bryant is Ready for the World 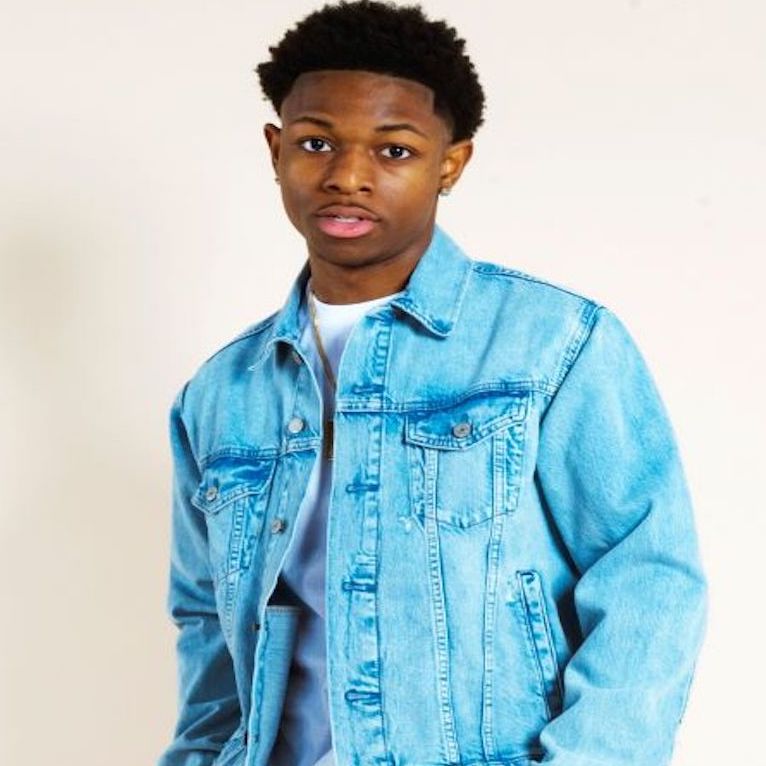 On their 1984 hit, "Friends," Whodini rapped, “friends, how many of us have them.” That’s because good friends are hard to come by. For Paris Bryant his buddies helped him make his dreams a reality. Although the 18-year-old artist was first inspired by his mother and father to start writing lyrics, he was further motivated by peer pressure to take music seriously.

“I had a lot of friends who supported me,” said Paris. “I would say my friends pushed me more than anybody to get here. They would tell me things like, you can do this and you got that passion.”

That passion for creating music and performing was also fueled by his stint as a member of a group called Simply Unique. “I feel like that's what really helped me take the steps to get out and perform,” he revealed. “It put me in the settings to perform and that showed me that I really want to do this.”

With his confidence intact and his squad behind him, the New York-bred hybrid artist began building a buzz with songs like “Blessed” and “Heartbreak.” Paris’ hard work soon paid off. He ended up on the radar of Cinematic Music Group and in 2021 signed with the record company behind Joey Bada$$, Flipp Dinero, Abby Jasmine and others.

Signing with the imprint founded by Jonny Shipes helped curate the vibes of Paris’ debut project, A Trip to Paris. “With this project you guys get to experience the Paris from when I first got signed,” he said during his ONE37pm-hosted listening event. The 15-song mixtape features tracks like “Bad Thoughts,” “Dangerous,” “Demon Time” and “Ballin,” which may sound extra familiar. Aside from landing on top hip-hop playlists curated by Spotify, Tidal and Audiomack, the track was remixed for ESPN during the 2022 NBA Play-In Tournament.

Prior to the release of A Trip to Paris, ONE37pm chopped it up with the rising artist. We discussed his inspirations, his debut project and his thoughts on who would win in a dance-off between Michael Jackson and Chris Brown.

ONE37pm: You’ve been writing songs since you were nine years old. What got you into writing that young?

Paris Bryant: When I was nine what inspired me to write music was the fact that my father was an artist and my mother was also a lyricsit. I feel like it was just instilled in me from such a young age. I would hear my mother rapping in the car and see my dad making music.

ONE37pm: What types of stuff were you writing about at the age of nine?

PB: I used to write about little corny stuff [laughs]

ONE37pm: Is it more pressure for you since both your parents were into music?

PB: To be as transparent as possible, in the beginning I felt like it was a lot of pressure, because my family wasn’t looking at me for who I was musically. Instead, they may have been looking at me for who my dad was as an artist. It’s like if he didn’t make it that far with his music then they could automatically be looking at my career as that. I had to get out of looking at it like that, because in the beginning I felt like my family didn’t believe in me because of that. It’s still a big shock to them, but once they saw that I was really doing this, it became less of a shock.

ONE37pm: Outside of your parents, who were some of your musical influences?

PB: Maroon 5, Ed Shreenan, Chris Brown, of course. Michael Jackson. He’s probably my favorite artists of all time. I listened to a lot of pop artists. I didn’t really get into the rap scene until a little later.

ONE37pm: You mentioned MJ and CB as influences. Who do you think would win in a dance-off?

PB: Come on! I love Chris Brown, but I think his inspiration was Michael Jackson. How can I not say Michael? Every time Michael would do a move everybody would go crazy. I don’t think he’d have to do too much. He had a different type of impact. His impact was ridiculous.

ONE37pm: As a kid you sold candy on the train. What’s something that you learned from that experience that you’ve been able to apply to your music career?

PB: That taught me to just always be humble. Like this don’t come too often in life. You know what I’m saying? I know that there are a lot of people that want what I have right now and I can’t take this for granted. Like me selling candy to make money– I could be knocked right back down to that point any day. Even though it took a lot of work to get to where I’m at now, it could be taken away from me so fast. I think about that everyday and that’s why I continue to work hard.

ONE37pm: What was it about Cinematic and Jonny Shipes that made you feel like it was the right place for you?

PB: The thing about Cinematic is that they are a bunch of cool people. They are warm-hearted. I love all of the people there. It’s a great place to be. They make you feel at home. Shout out to Jonny Shipes. He’s one of the most genuine people I’ve met.

ONE37pm: What was it like hearing your track “Balling” on ESPN?

PB: It felt unreal. I’m into basketball. I’m still processing it to this day. This is ESPN! My whole family is beyond proud. It’s the craziest I’ve ever seen them. It just feels good.

ONE37pm: Why did you choose the title 'A Trip to Paris' for your first project?

PB: I’m speaking as if I’m Paris. It’s not only getting to know me, but also getting to know my music. This project is me when I first got hungry for this. The most recent song is the intro and you can tell the difference in the artist I am now vs back then.

ONE37pm: What do you want listeners to take away from 'A Trip to Paris'?

PB: I think I have another EP dropping this summer. Either way, there’s a lot more music coming soon. Honestly, man, other than that, I don’t really know. I’m just on this journey.