The Evolution of the Rap Beef 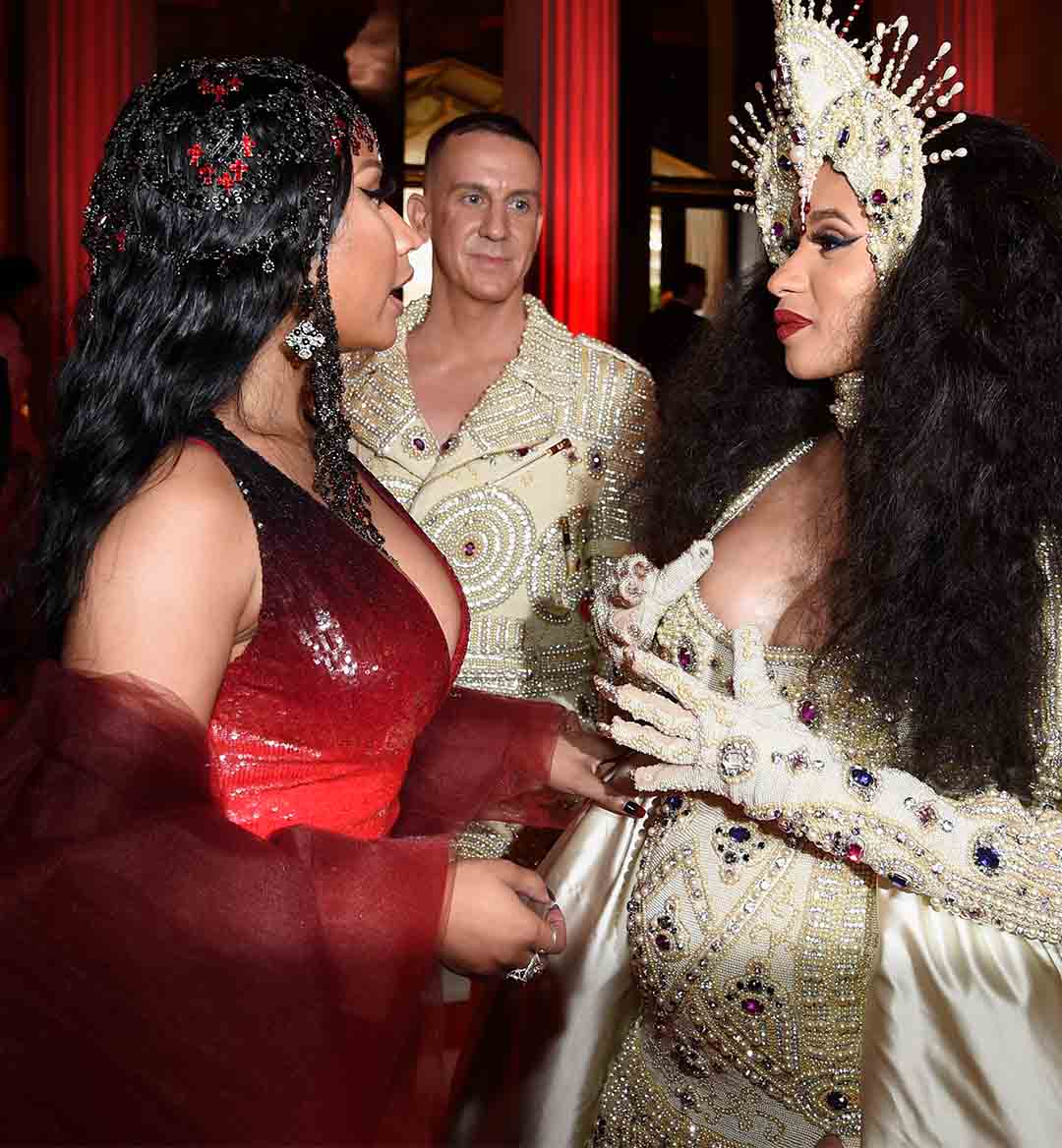 As rap has ascended to the forefront of pop music, prominent rap beefs have taken on increased stature in pop culture. The war of words has elevated their battlegrounds from the early days of playground sound-offs to leaving it all in the booth. And lately, beef has been served up extra rare on the social media timeline.

The competitive sport of rap beef has an intense and protracted history, but the most polarizing bout occurred between Tupac and Notorious B.I.G., whose epic lyrical quarrel turned infamously deadly. These profound leaders of Los Angeles and New York City were the cultural representation of the epic "east coast vs. west coast" war of words. It introduced varying rap styles that led to their war to be dubbed the “godfather” of all lyrical combat.

Once upon a time, rap beefs stemmed from the aura of flexing your lyrical muscles over hard-hitting beats. But as years passed, its roots of "leaving it all on wax" have become an afterthought. Now, it is being replaced by social media platforms—the new center stage to air out dirty laundry. What once was an appropriate art form of showcasing disrespect on face-grabbing beats has been watered down to become throwaway fodder for an artist's image and income.

In a time when social media reigns supreme, rappers don’t need to get in the booth to generate a media tidal wave. Instead, podcasts and social media platforms are becoming ground zero for exasperated emcees. As a result, they harness a new drama-loving audience, which results in potential new customers for their records.

Exhibit A: The battle of rap supremacy between Nicki Minaj and Cardi B. Minaj’s rambunctious rant about the “Bodak Yellow” rapper on episode eight of her Apple Music radio show led to an immediate 10-post response. The rant stemmed from a physical altercation that occurred at the Harper's Bazaar Icon party during New York Fashion Week. According to sources who were in attendance, Cardi lunged at Minaj and began to shout at her as Minaj ignored her and continued to engage with other partygoers. Things escalated quickly when Cardi threw her shoe at Minaj.

Cardi defended her character by exposing Minaj. She explained, over a series of Instagram missives, how Minaj dissuaded artists from working with her on a collaboration. This is nothing new for those who are looped into the rap scene: Minaj’s foul play was also exposed by Hollywood Unlock’s Jason Lee. Lee revealed that Future was initially supposed to appear on Cardi’s “Drip” record; not Migos. He went on to reveal that Future’s verse never made the final cut of Cardi’s album, Invasion of Privacy, because Minaj gave him an ultimatum: Nix the collaboration or lose out on future opportunities doing business with her.

“Do you want to be the victim or do you want to be the gangster?” Cardi uttered in a slew of Instagram rants. Is the role of playing the predator or prey an effective tactic that can tap into the market of mainstream media? The roleplaying in these narratives—villain or antihero—can make the stock of both of the rappers involved either plunge or soar. Fanbases are also tested to see which one is more diehard than the other. Cardi, the realist who brings an underdog flavor to hip-hop, wins over fans as the ideal representation of “authentic.” Since her Minaj beef started gaining notoriety in mainstream America, “Money,” which was released two days earlier than its projected date in October, began charting at #13 on the Billboard Hot 100 charts.

On the other hand, Minaj's credibility of being a consistent hitmaker in hip-hop is on life support as fans are growing tired of her antics, calling her “Shady,” “immature,” “egocentric” and a "hypocrite" to the movement of women empowerment. However, one thing they can’t deny is her ability to stay relevant and become a topic of discussion.

Her recent behavior as the self-absorbed attention-craver can be perceived as a chess move to remind newcomers gaining popularity, such as Cardi, how powerful and influential she still is in the music industry. A prime example of this is her People's Choice Female Artist of the Year win over competition such as Ariana Grande, Taylor Swift, Camila Cabello, and her arch nemesis, Cardi B. The recent release of Tyga’s latest track titled “Dip,” on which Nicki is featured, charted on the Billboard Hot 100, reminding fans Nicki can she can still rap with the best of the best. Yet true hip-hop fans just want mixtape Nicki, who provided an endless amount of witty rap bars with an authentic, relatable personality.

But despite the antics, these entertainers don’t have to be in the booth to monetize the already highly successful careers that are being built. In this day and age, social media has gained major ground in pushing the culture. In the immortal words of Cam’ron in his role as Rico in the classic hip-hop movie Paid In Full: “Everybody eats B.”

Archrivals or not, in the world of hip-hop, everyone still comes out as winners, financially and culturally.