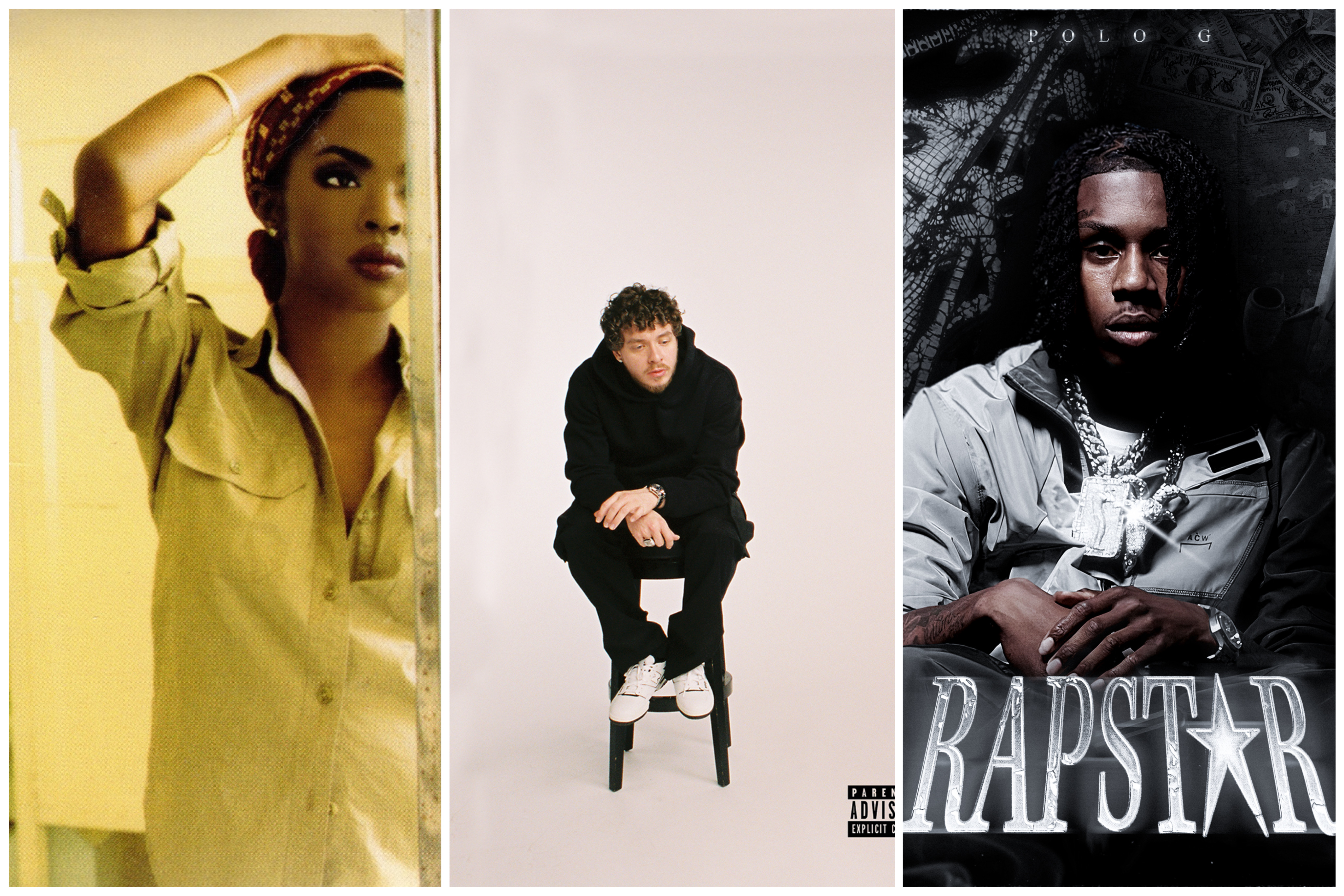 TikTok does it again! The popular social networking platform has helped catapult another song to the top of the Billboard charts. After a snippet of Jack Harlow’s latest single, “First Class” trended on TikTok, the full version upon its official release (April 8th) debuted at No. 1 on the Billboard Hot 100.

The second single from his upcoming album, Come Home the Kids Miss You has been making noise outside of Tiktok also. With more than 10.6 million streams in the first 24 hours of its release, the single that samples Fergie’s Ludacris-assisted No. 1 hit “Glamorous” had one of the biggest single-day streams of the year on Spotify’s global chart. Currently the fastest selling single of 2022, the Louisville, Kentucky native’s latest hit moved more than 420,000 units in its opening week.

.@jackharlow’s "First Class" earns the biggest US sales week for any song this year, with over 420K units sold in its first week.

In the history of the Billboard Hot 100, there have been 17 hip-hop songs that have debuted on top of the chart. These songs represent some of the biggest hits in hip-hop history. This significant achievement is a testament to not only how dope the songs are, but also the popularity of the artists (and producers) and behind them. Once a rare feat, debuting in the top spot has become more and more frequent over the last few years. There were 10 songs released since 2017 alone that spent their first week on Billboard’s singles chart in the No. 1 position. Drake has dropped several first-week-chart-toppers and so has Travis Scott. Here’s a look at all of the hip-hop hits that have debuted at No. 1 on the Billboard Hot 100.

Future landed at No. 1 on the Billboard 200 for the eight time with I Never Liked You. The album features tracks with Kanye West, Gunna and Young Thug. Pluto’s ninth album also features the Drake and Tems-assisted single, “Wait For U,” which also debuted in the top spot on the Billboard charts. The video for the song that topped the Billboard Hot 100 within seven days of its release racked up 5.7 million views in just four days.

Jack Harlow has another smash hit on his hands. “First Class” is receiving love from all around the world. The song debuted at No. 1 in the US, as well as in New Zealand and Australia. It also debuted at No. 2 in several countries including the UK, Germany and Ireland.

The first official single from Drake’s Certified Lover Boy claimed the top spot on the Hot 100 after a massive streaming week “Way 2 Sexy” led the way on the single's chart, while nine other CLB tracks occupied the top 10 slots on the chart, making Drizzy the first artist in history to do so. “Way 2 Sexy” became the 6 God’s ninth number-one and extended his reign as the rap star with the most No. 1 songs in history.

Polo G is leading the way as one of hip-hop’s next undisputed superstars. He further cemented his status in the game with “Rapstar,” his first Billboard Hot 100 chart-topper. With more than 77.7 million streams in its first seven days, the lead single to Polo’s first No. 1 album, Hall Of Fame, became an instant hit.

If in 2021, you wondered what was next for Drake, he had an answer for you: more hits! “What’s Next,” the lead single for his three-track, Scary Hours 2 ep, conquered the Hot 100 immediately after its release. While the high energy track landed at No. 1, the accompanying tracks "Wants and Needs," featuring Lil Baby and the Rick Ross-assisted "Lemon Pepper Freestyle" occupied the No. 2 and 3 spots. Drake became the first artist ever to have three singles debut in the top three positions of the Hot 100.

Travis Scott has been a franchise player for a while. The Cactus Jack head honcho was assisted by all stars Young Thug and MIA for “Franchise,” his third number-one debut. The hit single was at the time supposed to be the lead single for Scott’s fifth solo album, Utopia. Scott is the only artist to have three songs debut at number-one in less than a year.

What happens when two of the biggest female rappers of the moment come together? Well, when Cardi B and Megan Thee Stallion connected for “WAP,” they almost broke the internet. Their bass heavy, sex-positive Balitimore club-inspired banger spent four week on top of the Billboard Hot 100. With the immediate success of “WAP,” Cardi became the first female rapper to chart a No. 1 in two decades. “WAP” was her fourth and Megan’s second chart-topping single.

Controversy sells and the career of 6ix9ine has been proof. For his single, the infamous rapper linked up with Nicki Minaj for a third time. The combination of controversy and lots of hype resulted in the tandems’ track debuting at No. 1. The track only spent four weeks on the Billboard Hot 100.

The legend known as Kid Cudi made his first appearance on top of the Billboard Hot 100 with “The Scott’s,” the 2020 collab between him and Travis Scott. Following the huge debut of the single produced by Take A Daytrip, Dot da Genius and Plain Pat, Scott became one of only six artists in history to have multiple songs debut at No. 1.

The 2019 single brought in 59 million streams in its first week and was remixed by Lil Baby and Latin star Rosalia.

“This Is America” was the 31st song to spend its opening week at No. 1 on the Billboard Hot 100. It was also Childish Gambino’s first chart-topping and top ten single. It went on to win four Grammy Awards, including Best Rap/Sung Performance, Song of the Year, Record of the Year and Best Music Video. “This Is America” became the first rap song to take home the Grammy trophies for both Record and Song of the Year.

An ode to the independent women out there, “Nice for What” contained a sample of Lauryn Hill’s “Ex-Factor,” as well as vocals from Big Freedia. Upon its debut, it replaced “God's Plan” in the No. 1 spot, making Drake the first artist in history to replace one No.1 debut with another No.1 debut. The hit song held down the top spot on Billboard’s single charts for eight nonconsecutive weeks.

Drake seemingly had a plan when it came to his 2018 album Scorpion. That plan was to rule the charts. “God’s Plan” was the first of several Scorpion singles that topped the Billboard Hot 100. The Grammy Award-winning song broke first-day streaming records on Spotify, as well as on Apple Music and became the most streamed song of 2018 for both Spotify and Apple Music.

DJ Khaled told us he had been grinding all his life. With “I’m The One,” the second single from his tenth album, Grateful, he finally reached No. 1 on the Billboard Hot 100. The song which has been streamed more than a billion times on Spotify also debuted in the top position on the UK Singles Chart.

What hasn’t Eminem done? The megastar rapper broke several records through his lengthy career. His 2010 single was the first rap song in about 12 years to debut at No. 1 on the Billboard Hot 100. The Boi-1da-co-produced track became Em's second certified diamond single.

One of the G.O.A.T. female rappers, Lauryn Hill shook up the game when she released her debut solo single, “Doo Wop (That Thing).” The lead single from her debut album, The Miseducation of Lauryn Hill became the first debut single to top the Hot 100 in its opening week. The two-time Grammy Award-winning song is also the first song by a female rapper to hit No. 1.

The first rap song to debut on top of the Billboard Hot 100 was a tribute to the late and great Notorious B.I.G. “I’ll Be Missing You” featured Biggie’s wife Faith, as well as Bad Boy crooners 112. In the US, the single spent 11 weeks at No. 1, while it also landed in the top position in 15 countries around the world. To date, the Grammy Award-winning single is one of the top-selling songs of all time.