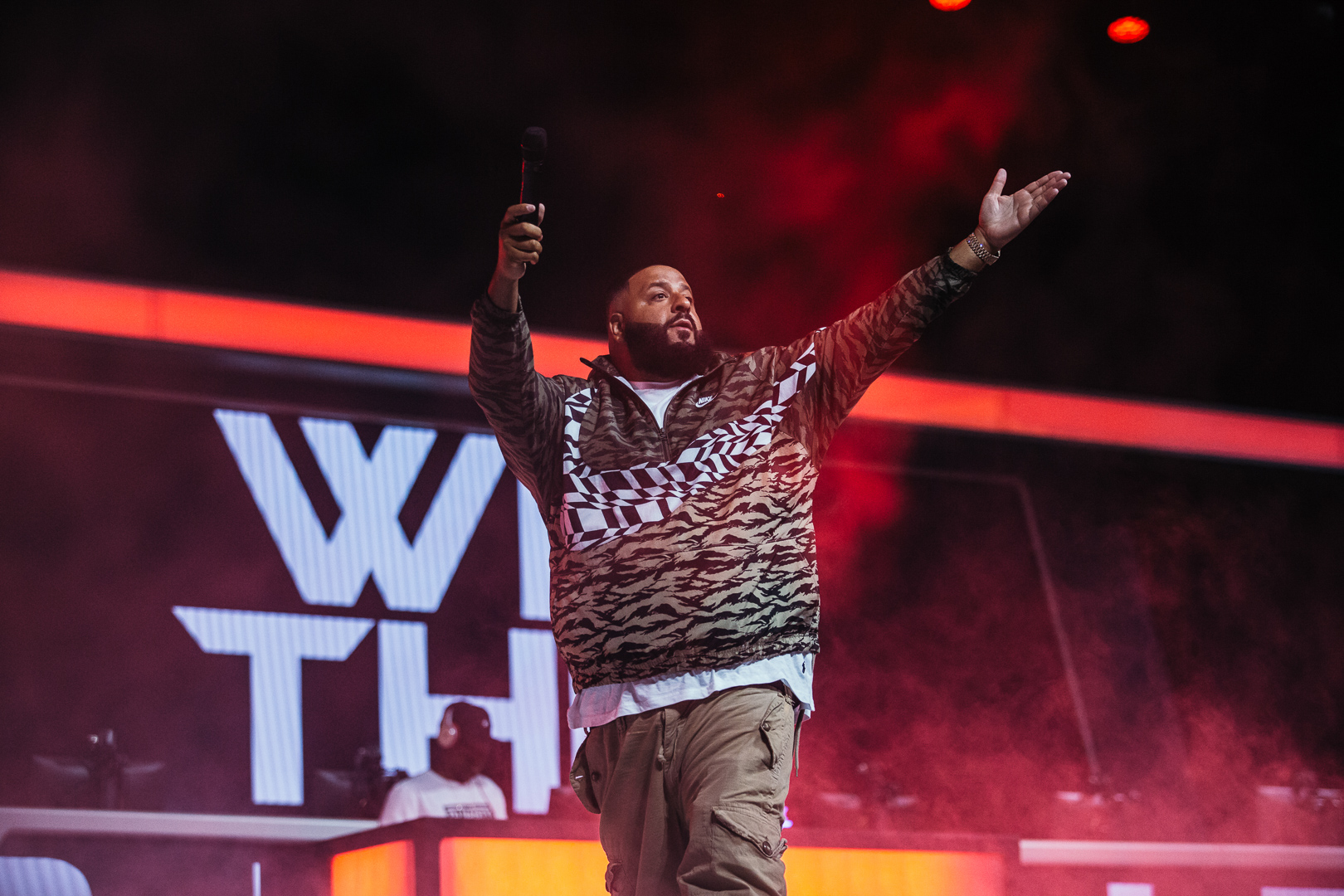 Hollywood's Walk of Fame features a who's who of the entertainment industry, highlighting some of the biggest names in film, television, music, and even radio. Iconic actors, actresses, and pop stars normally come to mind when people think of celebrities with stars on the Hollywood Walk of Fame. However, that doesn’t mean that there aren’t a number of hip-hop artists who have also received this honor. Over the course of the nearly 50 years since the birth of hip-hop, several influential hip-hop artists have received their own star on the coveted Walk of Fame.

DJ Khaled is the latest hip-hop act to receive a star on the Walk of Fame. The Grammy Award-winning producer, record executive, author, motivational speaker, and DJ has been a game-changer and hit-maker in the music industry for more than 20 years. His albums and anthems have topped the charts, while his cloth talks have gone viral. Earlier this week, the We The Best mogul proudly celebrated the momentous event accompanied by family and friends, including his wife, Diddy, Jay-Z, and Fat Joe.

Several other hip-hop artists have been recognized for their achievements in music and entertainment with this prestigious accolade. Here are 10 other hip-hop acts that have received stars on the Hollywood Walk of Fame.

Queen Latifah set it off as the first hip-hop artist to represent the culture on the Walk of Fame.​ After first gaining notoriety in the late ‘80s as a female rap star breaking barriers in a male-dominated industry, she earned her respect in Hollywood. Whether starring in the hit show Living Single (1993 - 1998) or in major films such as Chicago (2002), the queen has reigned supreme.

It's no surprise that Sean “Diddy” Combs was honored with a star on the Hollywood Walk of Fame. Throughout his illustrious career, the Bad Boy mogul has been a powerhouse in music, television, and fashion.

If you're a fan of Pharrell Williams, then you know he’s more than deserving of a star of his own. The singer, songwriter, rapper, and record producer who has achieved success in music, fashion, film, and several other fields received Hollywood's stamp of approval after more than two decades of him helping curate the rhythm of pop culture.

One of rap’s first superstars, LL not only crossed over from hard-edge rapper to loverboy, but he also successfully transitioned into a respected actor. His credits over the course of his illustrious acting career have included In the House (1995 - 1999), Any Given Sunday (1999), S.W.A.T., and NCIS: Los Angeles (2009 -2022).

Pitbull is an international superstar. Mr. Worldwide cemented his legacy with his hard work and hit-making abilities. He went from building his buzz on the underground hip-hop circuit in the early 2000s to landing No. 1 singles in more than 15 countries and selling over 100 million singles worldwide.

Director, producer, writer, actor, and artist, Ice Cube is a founding member of one of hip-hop's most controversial groups, N.W.A. The AmeriKKKa's Most Wanted rapper also became a Hollywood heavyweight off of the strength of contributions to classic flicks such as Boyz In The Hood (1991), Friday (1995), The Players Club (1998), and Barbershop (2002).

Cypress Hill made history as the first Latino-American hip-hop group to receive a star on the Walk of Fame. It wasn’t the first time the trio consisting of B Real, Sen Dog, DJ Muggs, and Eric “Bobo” Correa etched their name in the history books. Back in the early ‘90s, the influential rap crew became the first Latin-American rap group to bring home platinum and multi-platinum plaques.

50 Cent had the game on lock in the early 2000s with the release of record-breaking albums such as Get Rich or Die Tryin’ and The Massacre. Since switching things up and redirecting much of his attention to the small screen he’s continued to be a dominant force in entertainment with his G-Unit Film & Television and hit shows like Power (and its spinoffs).

Rapper, songwriter, producer, and style icon, Missy Elliott joined the ranks of Hollywood’s finest when she was honored with a star on the Walk of Fame. The honor was one of the more recent additions to her extensive list of achievements, which has included winning Grammy, American Music, and MTV Awards, as well as being inducted into the Songwriters Hall of Fame.